If passed in anything close to its proposed form, Sen. Josh Hawley’s anti-microtransaction legislation will punish, if not obliterate, a staple genre of video gaming for offenses it never really committed.

That may be fine with you. You may not like sports or their games, you may hate Electronic Arts because everyone else does. But this is the feeling I get when I read the text of the proposed “Protecting Children from Abusive Games Act,” because it goes well beyond what actually got everyone angry — Star Wars Battlefront 2’s original loot boxes. The list of no-nos the bill proscribes cover all the ways in which licensed team sports video games now make a lot, if not most of their money.

That’s not just FIFA Ultimate Team, which everyone loves to complain about while playing it endlessly. It’s the similarly positioned MyCareer of NBA 2K, which may have a bigger pay-to-win format but still is one mode in a suite of offerings. And it’s also Diamond Dynasty for MLB The Show, a series that I might remind folks is the last full-service baseball title, period.

So it may be discussed as a thought exercise for now, but Hawley’s legislation matters more to sports video gamers, and it matters in more concrete ways, than any other player constituency.

UFC 3 controversy exists because of Star Wars, not a pay-to-win scam

Hawley’s bill has a broad reach and broadly defined terms, but it isn’t ignorant of the video games marketplace. It has carve-outs for widely accepted things like MMO subscription fees or premium cosmetics (provided they aren’t awarded at random in a loot box, I guess). It goes so far as to exclude charging for extra difficulty modes. And none of these things should be prohibited, in law or practice.

So Hawley probably thinks he’s leaving publishers DLC or microtransaction options; that’s probably why he so glibly dismissed hypotheticals about outlawing loot boxes and pay-to-win transactions, declaring they wouldn’t kill an industry that “can design games that don’t rely on gambling directed at children.”

But for sports video games so reliant on ultimate team modes, that is easier said than done, if it can be done. FIFA Ultimate Team, which Hawley acknowledges is square in his bill’s crosshairs, delivers an estimated $800 million (as of 2017, probably more today) to EA’s “live services” revenue, which in its most recent fiscal year was $2.2 billion. You don’t get those kinds of dollar figures selling extra soccer kits and ball designs. 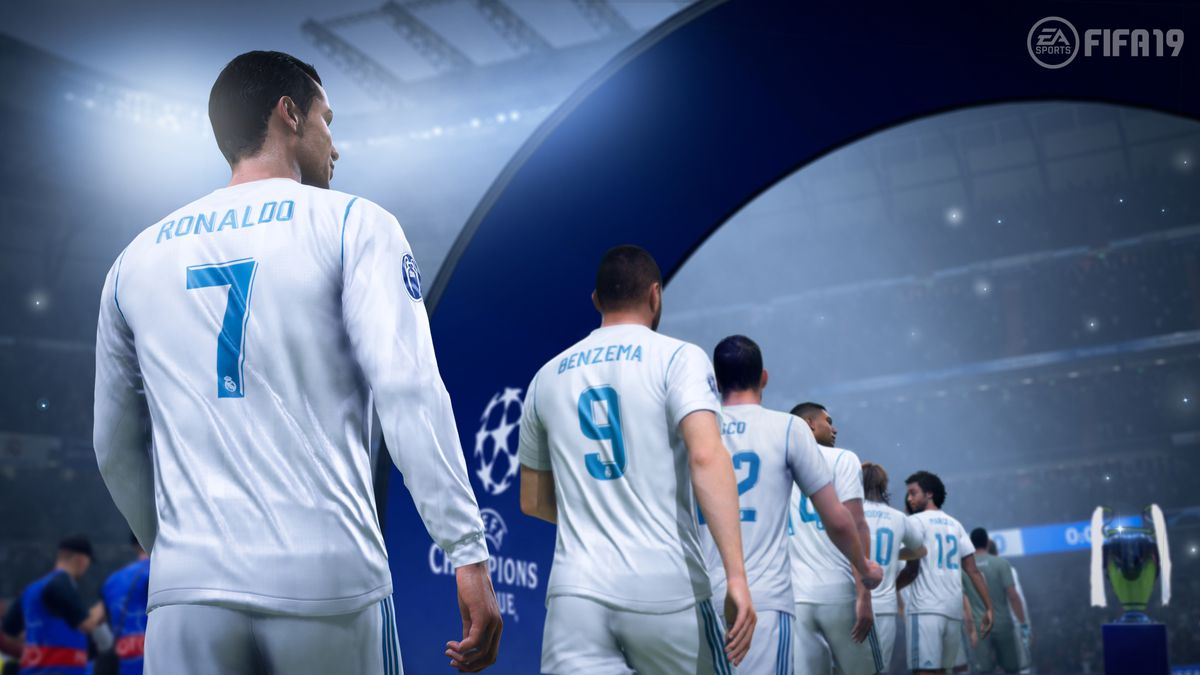 NBA 2K’s MyCareer, more reliant on player-improving, pay-to-win transactions than other modes, is believed to generate similar numbers for parent Take-Two Interactive. Nobody publicizes exactly how much their cash cows bring in, of course, but it’s instructive that Take-Two agreed to a deal paying the NBA $1.1 billion over the next seven years. That’s double the value of the last deal, which was inked in 2011, well before Virtual Currency was introduced to MyCareer. I don’t think Visual Concepts replaces that dough by reselling NBA’s Greatest DLC or the Sprite Slam Dunk contest, as much as those things were enjoyed in past editions.

I don’t point this out to cheerlead for someone’s P&L sheet or consider it the civic duty of gamers to do so, either. And if billion-with-a-B figures are involved, these companies will bring in their lobbyists-with-an-L, who outrank voters when it comes to really getting a senator’s attention. My guess is these publishers will also lean on their sports league partners to twist arms, if the viability of a $1.1 billion deal hinges so much on outlawed MTXes.

Lawmakers’ first attempt to regulate loot box mictrotransactions, in the Hawaii state legislature, died in committee, after all. So let’s also consider that something with bipartisan support might also attract bipartisan opposition. I’d be interested to know how Rand Paul, for example, feels about this regulation of a free market. Or what the Republican senators of Texas and Florida, Republican states with Republican legislatures that give tax breaks to EA studios developing Ultimate Team features, might say as well.

But for sports video game consumers, unless they’re perfectly satisfied with the likes of RBI Baseball and NBA Playgrounds, I do expect a concern more sophisticated than a hearty message-board “fuck EA” whenever a politician is talking about the money one makes and how. These modes, if they don’t directly pay for the games we enjoy, at least justify the workforces and development costs that make them worth playing. That oily MTX money — hard as it is to defend, even in the abstract — helps those women and men deliver something that meets the unrelenting it’s-in-the-game standard we’ve taken for granted for a couple of decades.

Hawley, in last week’s interview with Kotaku, lumped in “pay-to-win transactions” with the gambling bogeyman because he says they condition or exploit addictive behavior in kids, too. To me it’s more revealing that he justified banning them as “a microtransaction that’s not necessarily expected,” and describes hearing from constituents who are more upset at their children using their credit cards, not loot boxes or the gambling behavior alleged.

It reminded me of a conversation I had with a flummoxed parent whose kid wanted to spend money on virtual crap in a video game — the video game he made. The guy was a developer for NBA 2K and this was right around the time Virtual Currency’s tendrils were first reaching into the game. His children were no different than anyone else’s, they wanted to pay money so their players were great immediately, even if their dad designed the very same game. At the time, 2K Sports’ ownership was starting to reckon with what it had on its hands; Grand Theft Auto Online wasn’t even a year old.

This guy was trying to be a good parent; he was also trying to do a good job, knowing how much it depended on beancounters’ happiness with the bottom line NBA 2K generated. But once willing sellers became aware of willing buyers, there was no putting this genie back in the bottle.

“Given that they control the money, and they spend a lot of it,” he said, “you think we can change the medium?”

And “they” didn’t mean his bosses. “They” meant the kids.