Over the weekend, players found a new Legendary weapon in Borderlands 3: the Good Juju. Players familiar with either the first Destiny or Destiny 2 should recognize the name as a clear play on Bad Juju, an Exotic weapon in both games.

Borderlands 3’s Good Juju shares quite a bit with Destiny’s Bad. Both weapons feature a monster carcass on the front — with Destiny 2’s being a skull and Borderlands 3’s being a goopy alien mouth. The two weapons also share a similar perk, which causes kills to instantly reload the weapon. Like Bad Juju, Good Juju is a steady, multi-round burst weapon with great stats. 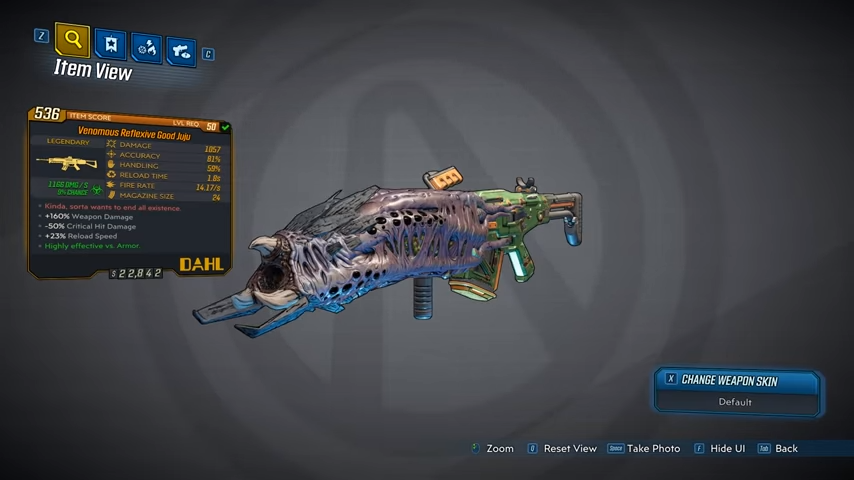 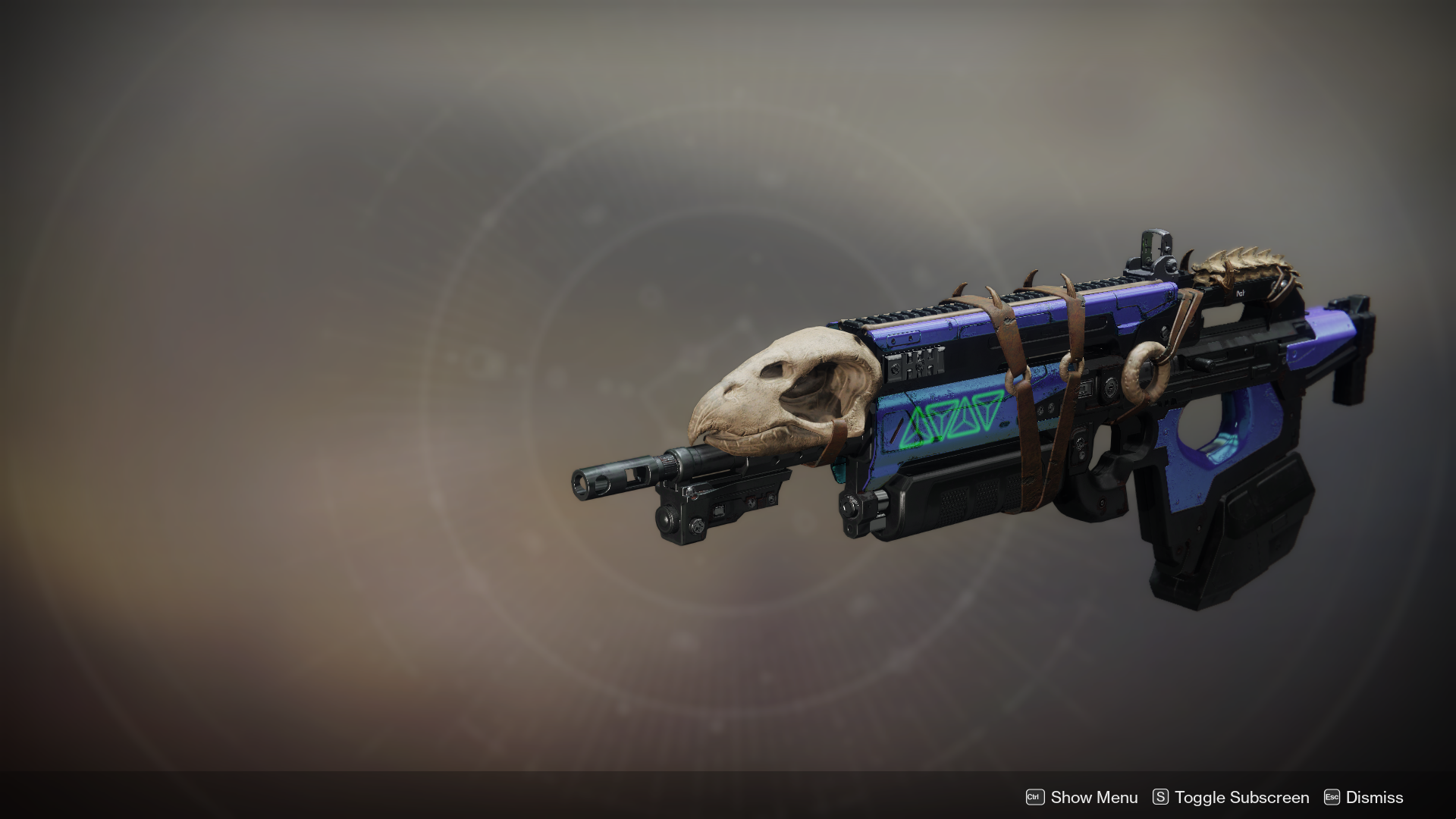 But the gun Good Juju emulates is up to almost any task in Destiny 2. Fans have loved Bad Juju since the first Destiny. While the perks may not be as appealing as some other Exotic weapons — Bad Juju charges the wielder’s Super ability over time and reloads the magazine on a kill — the weapon is very reliable. Fans are fond of Bad Juju because you can use it in basically any situation, and always get some kind of use out of it.

Sometimes it’s nice to see our favorite games pay homage to the great works of others.