Just days after the release of Call of Duty: Modern Warfare, some consumers are expressing anger at how Russian soldiers are depicted in that game. The most visible result of that anger is a so-called “review bombing” campaign currently underway on Metacritic, which has reduced Modern Warfare’s user-generated score to 2.4 on a scale of 10. Some commenters even accuse Infinity Ward of shifting blame, pinning historical attacks on Russia that were in fact the work of United States and Western powers in the Middle East.

“Disgusting Russophobic garbage, created only for one thing — stinking anti-Russian propoganda,” writes one reviewer on Metacritic, “which is now pouring out of all the ‘independent’ media on the orders of their Washington masters. 0/10.”

“Russophobia is not appropriate, ‘dear’ Activision,” says another. “There is no gray morality in this game, only bad Russians and good Americans. Can you show us hundreds of American war crimes all over the world in your next game?”

The plot of Infinity Ward’s latest first-person shooter does hang the blame for many of the injustices and war crimes in its narrative on Russian-flagged military forces. Those include regular Russian army troops and Spetsnaz special forces working under the game’s villain, Russian general Roman Barkov.

One of the most shocking levels in the game shows a Russian soldier under Barkov’s command invading the home of protagonist Farah Karim when she was just a child. That scene — which occurs during a Russian chemical weapons attack — shows Farah and her brother grappling with the soldier, disabling him with a screwdriver, and then killing him with his own rifle. The scene was so graphic, and the Russian in question such a grotesque caricature, that Polygon questioned it when shown the clip at this year’s E3. 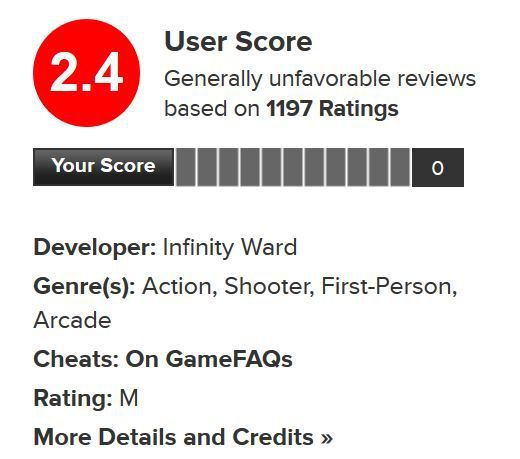 As of publication nearly 1,200 users have piled on to reduce the score of Call of Duty: Modern Warfare to 2.4.
Metacritic

“That’s my fault,” said Joel Emslie, studio art director at Infinity Ward. “I’m to blame for the way that character looks. But what I was going for artistically was […] we’re always trying to work for a cinematic experience. I’m trying to create something really memorable. And I kept thinking, metaphorically, these children are being chased by a monster in a maze, and I kept thinking a Minotaur. It’s ridiculous — but he’s almost robotic.”

Another scene raising eyebrows among commenters is from the second act of Modern Warfare, a level called Highway of Death. In it, players take on the role of a CIA operative embedded with a force of Middle Eastern militants from the fictional country of Urzikstan. The mission plays out as a last-ditch defense of a ruined village, with the player lobbing high-caliber rounds at range against human and mechanized targets.

Players are told that the Highway of Death is the result of a devastating Russian attack that happened decades ago, where Russian forces massacred everyone fleeing from a town under siege. But, counter some on Metacritic and elsewhere on social media, the “real” Highway of Death is the fault of American and Western forces in Iraq.

Of course, Call of Duty: Modern Warfare is a work of fiction. But it’s also worth noting that in the game’s cooperative missions — which carry forward the narrative of the single-player campaign — players will eventually become allied with the Russian military. Even at E3, developers from Infinity Ward stressed that it was important for them to show troops from every country in a nuanced and considered light. 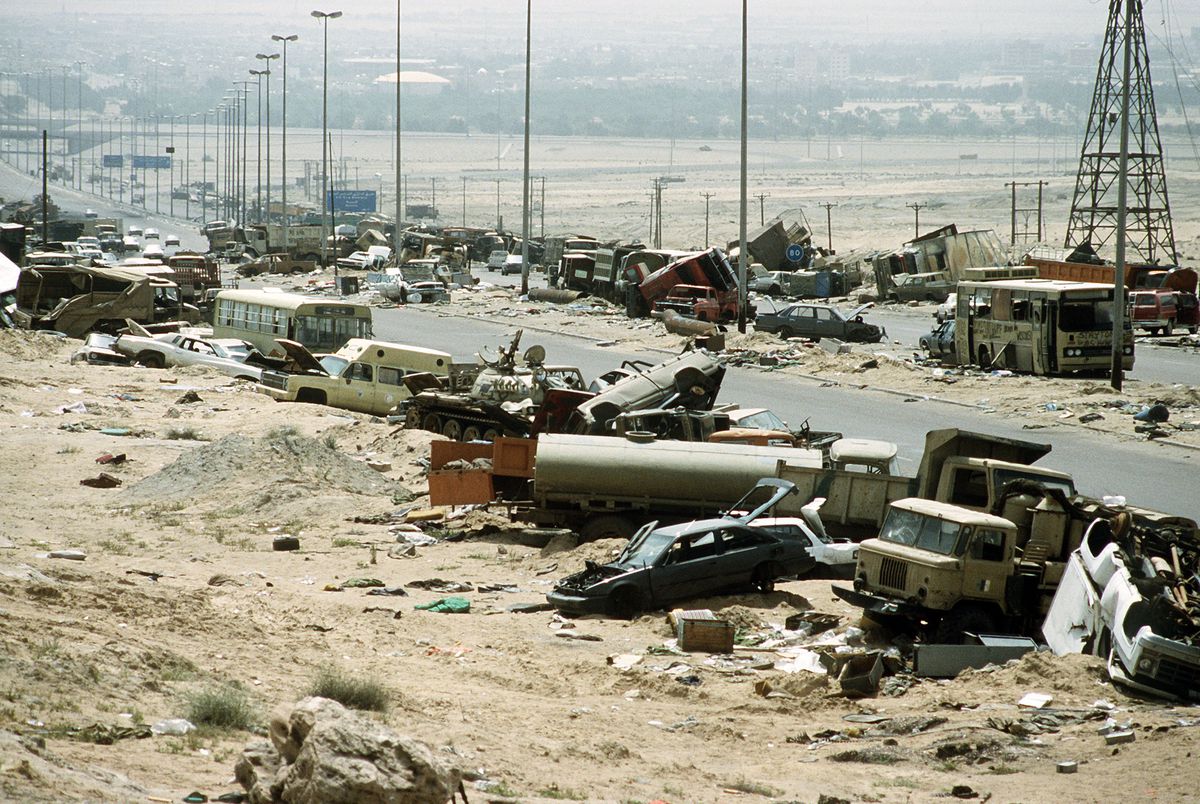 “What you’re seeing is a portion of one particular rogue general who you should think of kind of like Colonel Kurtz in Apocalypse Now who goes off the reservation,” said Jacob Minkoff, single-player design director, during our E3 interview. “Ultimately, [Western forces] work with Russians to take him out, because he’s a problem. […] The CIA and FSB [the Russian Federal Security Service] have to work together against this existential threat. So there is a very substantial portion of the game where we have this uneasy alliance and we are working alongside Russians, all the way up to their intelligence-gathering high command.”

But that kind of narrative flourish — which comes after the conclusion of the single-player campaign — has not stopped those angered by the portrayal of Russian troops from lashing out.

“The worst game of the year,” says one commenter. “It’s good that I managed to return the money. Russians always were the bad guys in previous CoD’s, but this time it’s out of any borders.”

Call of Duty: Modern Warfare is out now on PlayStation 4, Windows PC via Battle.net, and Xbox One. In Russia, however, Sony will not sell the game through its online store. The announcement was made on Oct. 22, just days before the game was to go on sale there. At the time, Call of Duty’s official Russian Twitter account stressed that the game was a work of fiction. 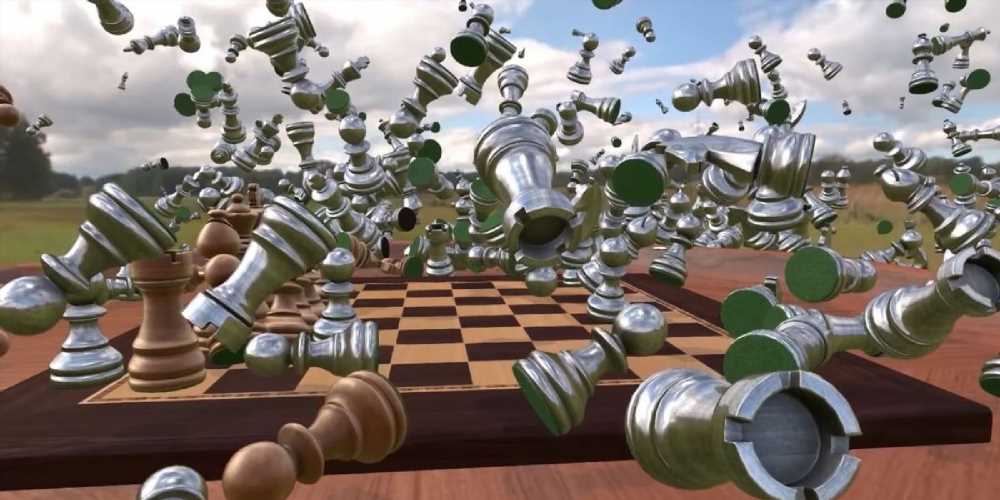