There’s a lot to keep track of in Code Vein beyond just slashing your way through enemies. There’s a complex (and malleable) class system in blood codes, magic-like gifts, and jackets that turn into dogs. It’s … a lot.

Below, we’ll walk you through everything we learned — and everything we wish we’d known — in our first several hours with the game.

Learn to parry, and drain attack everything

More than anything else, learning to parry and drain attack will keep you alive and murdering lost in Code Vein.

Parrying works like you’d probably expect: You hit a button to deflect an income ing blow. The windup to parrying takes a little longer than you might expect, so practice it early on low-level enemies. Once you master it, parrying will trigger a drain attack, which drains ichor (magic points) from enemies. 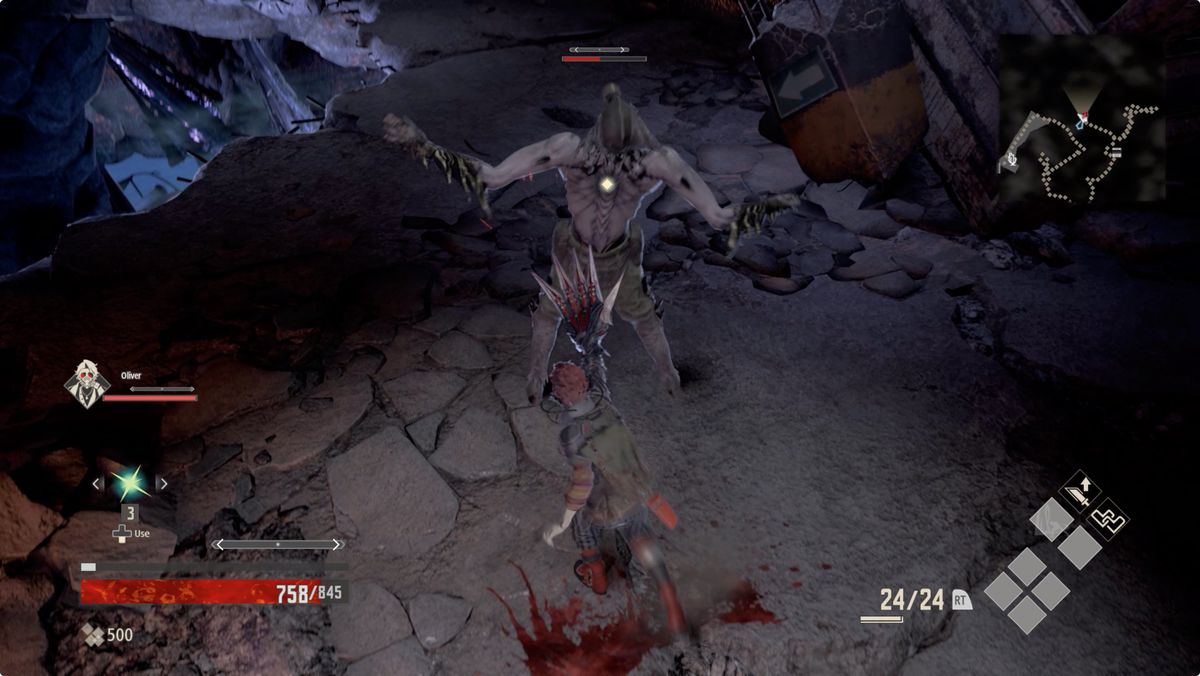 Drain attacks come in two flavors: charged drain and back attacks. The amount of ichor you get from draining an enemy depends on your weapon and blood veil (your jacket).

We can’t stress enough how useful drains — especially back attacks — are. They make you invulnerable to attacks while they’re happening, and they will kill most low-level enemies with one hit. Draining everything will also keep your ichor full.

So, backstab everything, but …

Turn off the drain attack animations

The first time you watch the full animation of a drain attack, it’s admittedly pretty cool. But it quickly becomes an interruption in combat’s flow. Turn them off by going to Settings > Game Settings, and turning off Cinematic Effect for Special Drains.

You have two weapon slots in Code Vein, and you can switch between them at any time with the press of a button. One weapon should be your preferred damage-dealing device, but keep a bayonet in the other slot. 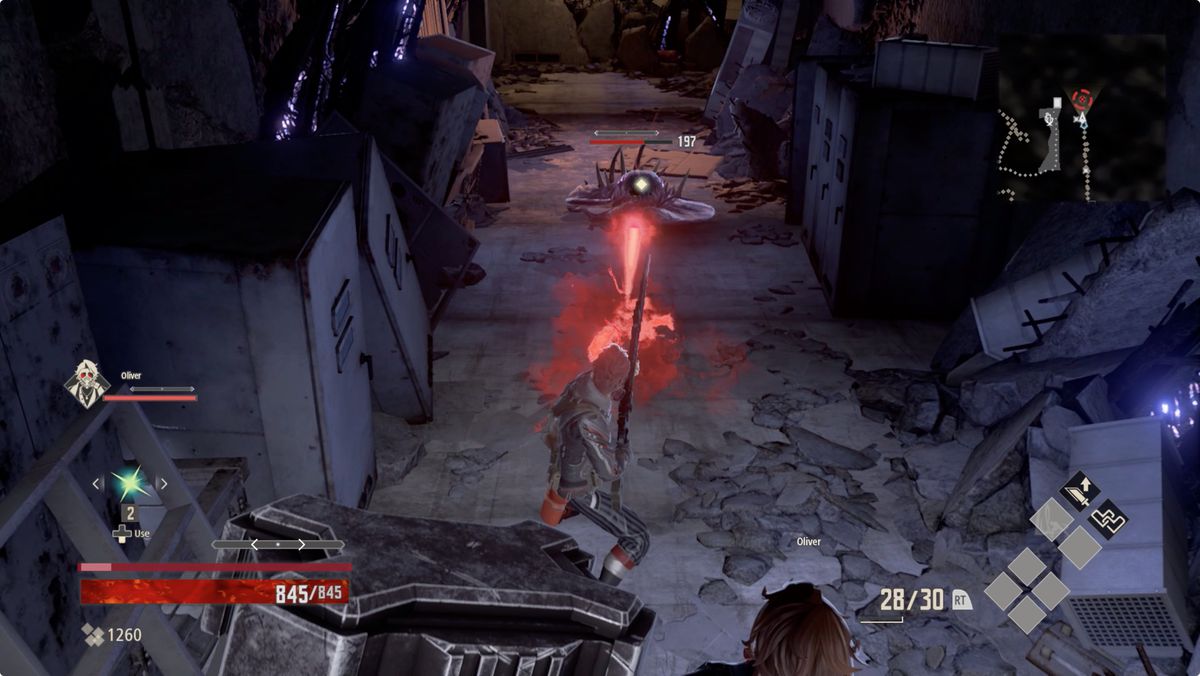 A bayonet’s strong attack is a ranged ichor projectile. It’s great for clearing out enemies waiting for you on the other side of a bridge, or clearing enemies waiting to drop off of ceilings. (And you’ll usually be full on ichor since you’re backstabbing everything — see above.)

Each blood code (which is like a class — more on blood codes below) has associated gifts, which are magic-like abilities that do things like buff you and your teammate, increase your damage, or attack enemies directly. You can equip up to eight gifts at a time (and the gifts you equip, as well as their layout in the menu, can be different for each blood code). 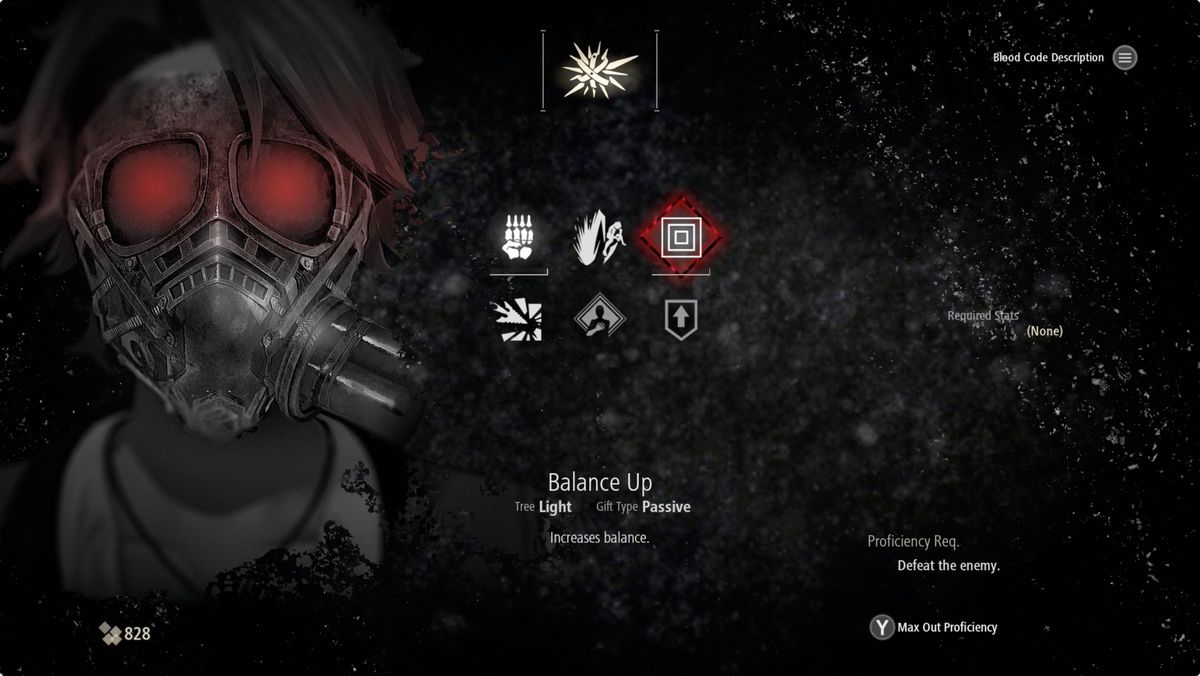 You’ll unlock additional gifts for each blood code by progressing in the game, defeating certain enemies, or finding additional vestiges.

Using gifts consumes ichor. It’s easy to forget to use them if you’re focused on melee combat, but that’d be a mistake. Since you’re draining every enemy you can (it was our first tip for a reason), you’ll constantly be replenishing your ichor. Don’t forget to use it.

Understand how your blood veil works

Your blood veil is the jacket you wear while you’re out fighting monsters. It’s also what you use to perform drain attacks. 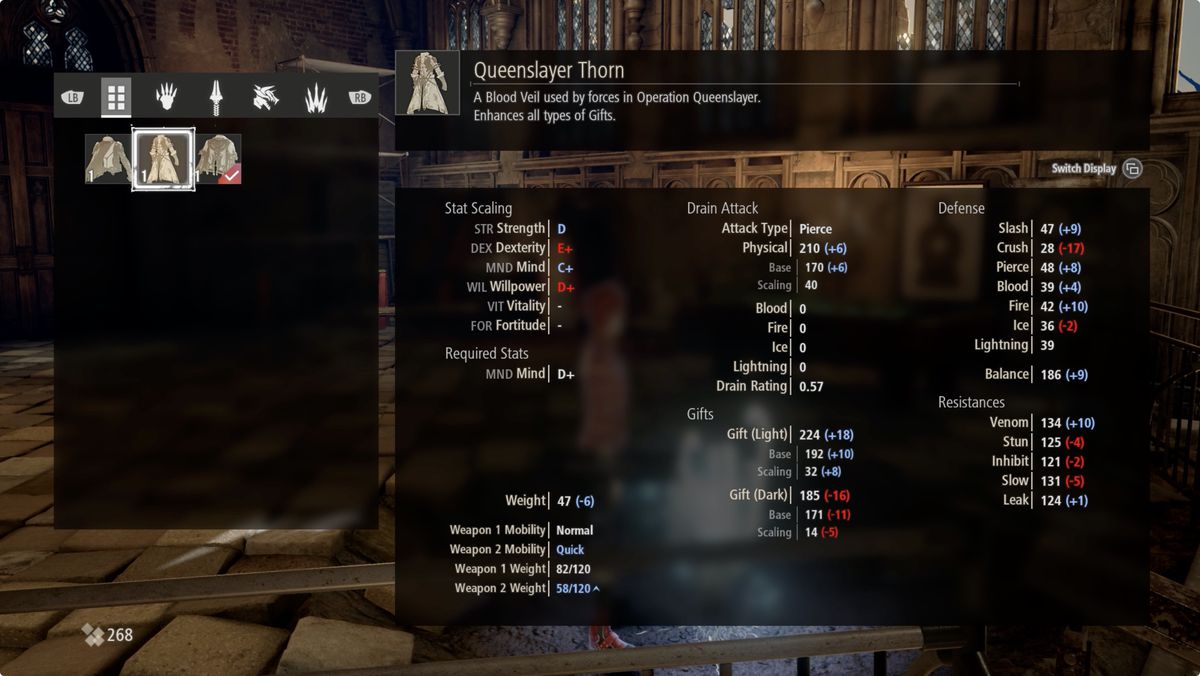 Every blood veil has the armor-like stats you’d expect like defenses and resistances, but each one also changes your gift (magical ability) stats — how powerful your gifts are — and each has its own drain attack stats.

Different blood veils perform drain attacks with different attack types — like slashing or piercing. That means that you’ll have to balance how much you use your gifts and your enemies’ vulnerabilities against the defenses and resistances a blood veil grants.

Blood codes work kind of like classes. Each blood code adjusts your stats, attacks, defenses, and resistances. Your blood code also determines how much ichor you can carry — and you’ll use that ichor to use each blood code’s magical abilities — called gifts (more on gifts below). 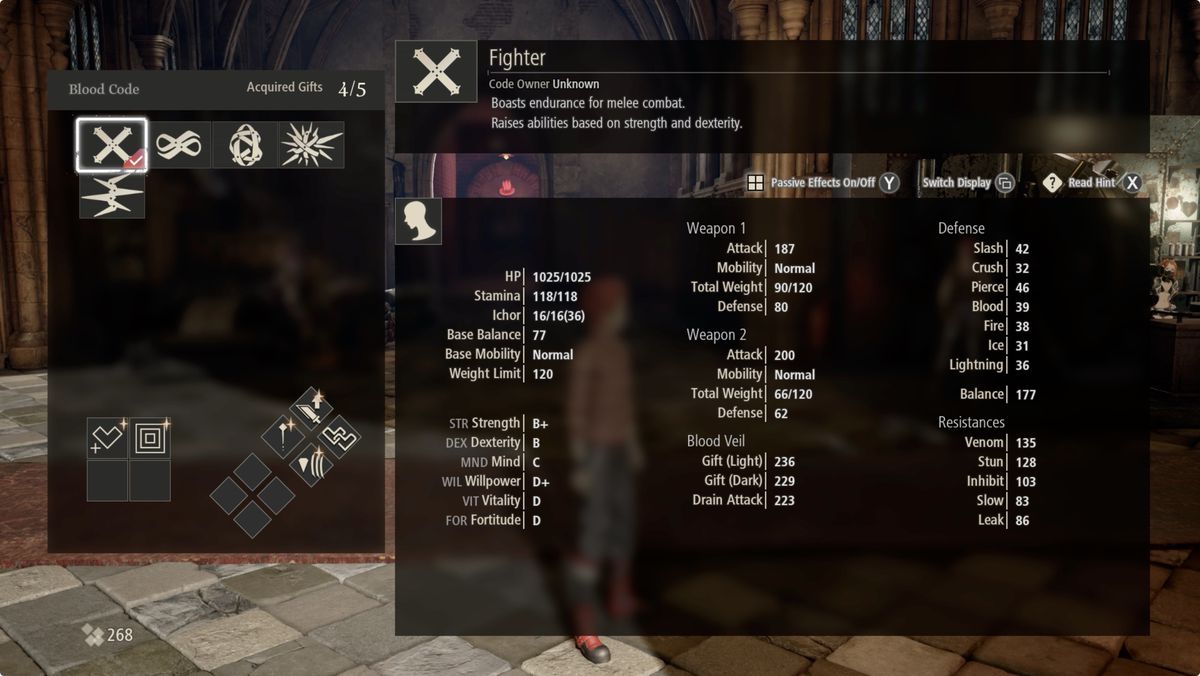 You can switch between blood codes at any time. If you’re up close and swinging your weapon a lot, use the Fighter blood code. If you prefer casting, pick the Caster. The trick is to use more than one blood code. There’s no penalty for switching, so you should try them all out, and use them based on your current needs.

This means you can swap to a melee-focused blood code like Fighter for an up close fight in a hallway, and then switch over to Caster to pick off distant enemies in a more open location. Switching means keeping track of what your current strengths are, but it also allows you to give yourself an edge in any given fight.

You’ll have a lot of options for blood codes, so swap them out as often as you like to match your style of play.

There are a lot of blood codes

There are over 20 blood codes to be found throughout Code Vein. You’ll pick them up by collecting vestiges either as part of the main storyline or by finding them in the world. These vestiges add new blood codes or unlock new gifts for your existing blood codes.

Master gifts to use them across blood codes 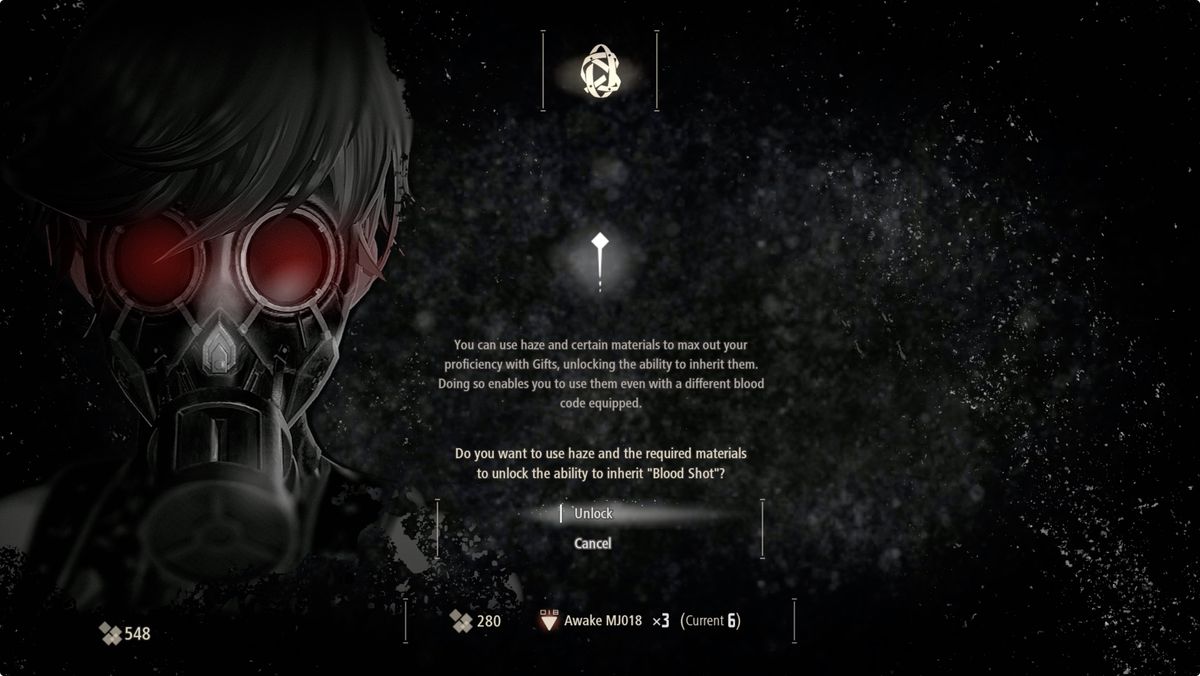 As you use a gift enough to master it (or when you pick the max out proficiency option in the Acquire/Inherit Gifts menu at a mistle), you’ll be able to inherit that ability into other blood codes. That means that, assuming you meet the stat requirements, nearly any gift can be used with any blood code eventually.

When you find a gift you like, even — or especially — for a blood code you don’t use much, master it as soon as you can. That will let you equip it with a more useful blood code.

There are items to find everywhere

While you’re in the world, fighting your way through the Lost, Code Vein will reward exploration. There are items to collect everywhere. Smash every wooden crate, explore every dead end, and look around and behind everything. Explore as much of the map as you can, and you’ll be rewarded with everything from valuables (below) to haze to vestiges.

Trade with the NPCs in the Home Base

Valuables are items you pick up that won’t have any immediate use — things like faded comics, local pennants, and fancy cologne. These items are part of trading economy between you and the NPCs in the Home Base. 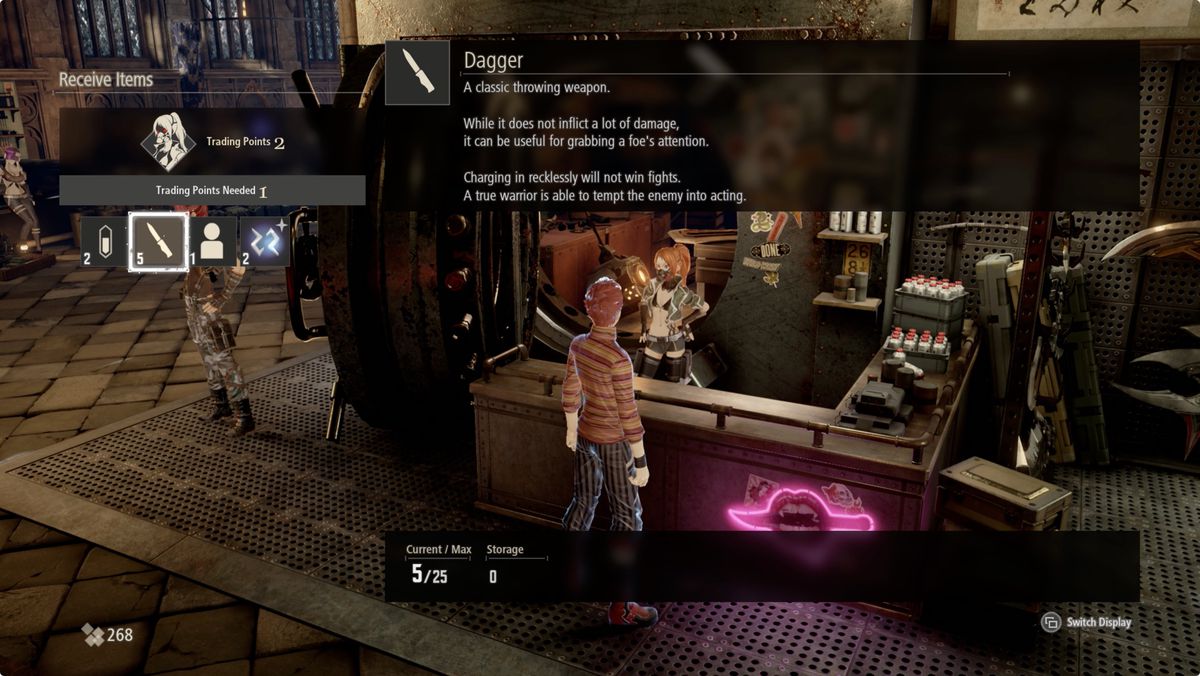 Exchanging with an NPC and handing over one of these items will earn you one trading point with that NPC. Those trading points are a currency for the items that NPCs have to trade. Each NPC has different items, so look around and focus on what you need, instead of spreading these valuables around to everyone.

PS4 Getting An Exclusive, Spanish-Developed Hero Shooter In March

The Bayonetta and Vanquish get classy, bare-bones 4K updates in new collection

The Last Of Us 2 Pre-Order Bonuses, Release Date, Collector's Edition, And More
We and our partners use cookies on this site to improve our service, perform analytics, personalize advertising, measure advertising performance, and remember website preferences.Ok