The reveal of Elden Ring, the new FromSoftware action role-playing game co-written by George R.R. Martin, at Microsoft’s E3 2019 press conference left fans with many unanswered questions. But thanks to a new Q&A with game director Hidetaka Miyazaki, we know just a bit more about FromSoftware’s next game.

According to Miyazaki, Elden Ring will be “a new dark fantasy action RPG full of things that we weren’t able to do in the Dark Souls series.” It will also bring back elements of that franchise, including character customization and a variety of combat elements.

“This title focuses more heavily on RPG elements,” Miyazaki said. “This title will include a wide variety of weapons, magic, and ways to engage enemies, that make it possible to provide users with a style of gameplay and strategy that suits them.

“Even when compared to the Dark Souls series, I believe this title will provide even more variety in the ways for players to overcome challenges and tweak their tactics when facing enemies.”

Where Elden Ring differs from Dark Souls, Miyazaki said, is in its open world. “Due to this, the scale of the world and its narrative, as well as the depth and freedom of exploration have increased dramatically,” Miyazaki said. “It is without a doubt our biggest title yet in terms of sheer volume.

“There are many definitions to the term ‘open world,’ and I might not be phrasing it correctly, but we have simply tried our own approach to a game with a large, open field to play in.”

Miyazaki explained that FromSoftware approached Martin to write the “overarching mythos for the game world itself.”

“This mythos proved to be full of interesting characters and drama along with a plethora of mystical and mysterious elements as well,” Miyazaki said. “It was a wonderful source of stimulus for me and the development staff.” 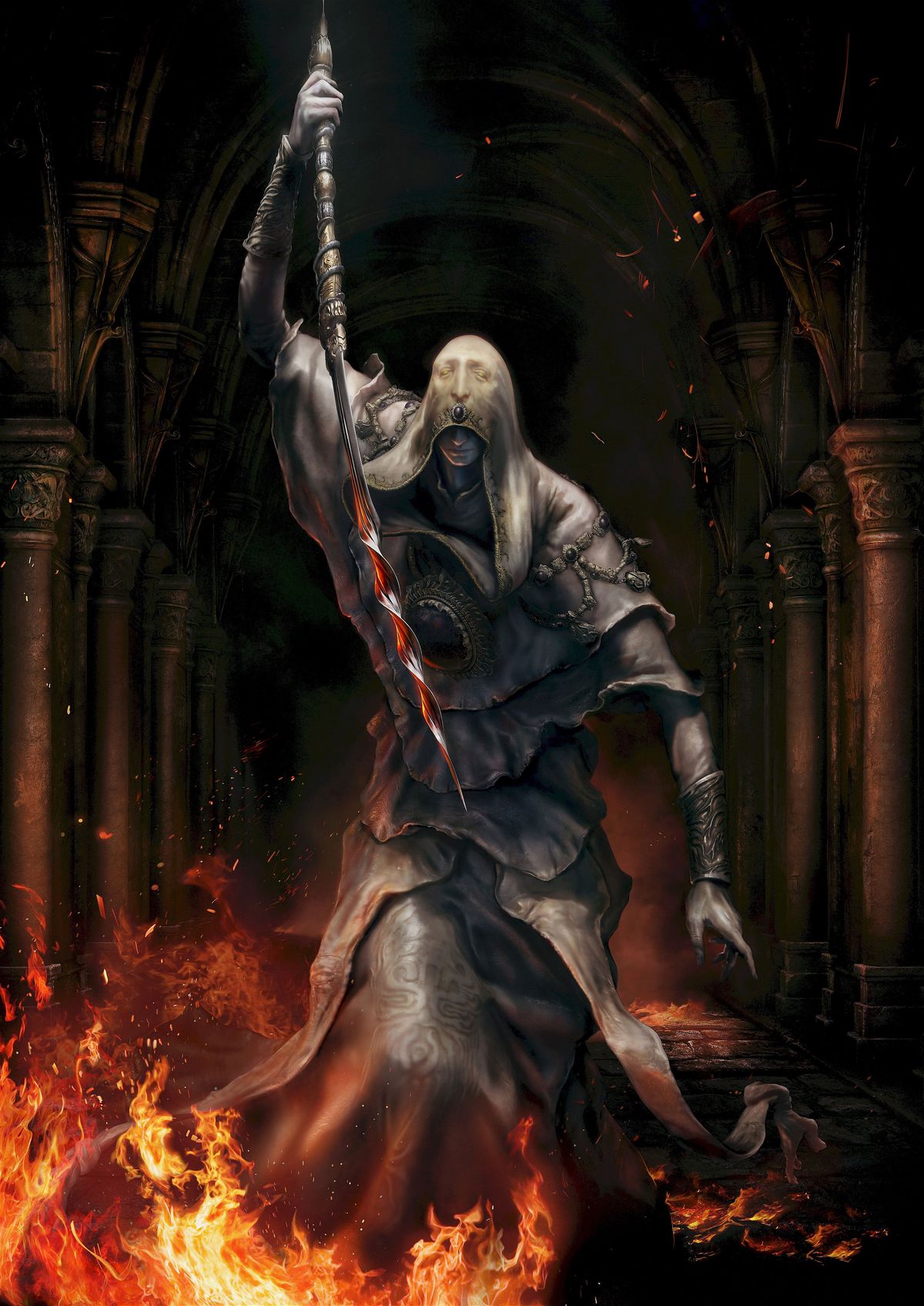 Miyazaki said that the piece of concept art above represents “the darkness that the world and story possess” and the theme of Elden Ring: “the will, or ambition of mankind.”

Elden Ring is coming to PlayStation 4, Windows PC, and Xbox One, and does not have a release date.