Fallout 76 player gets to level 65 in nothing but underwear

TighteyWhiteyMan takes his gamertag very seriously. If you ever meet him in Fallout 76, you might notice that he looks kinda naked, especially compared to players running around in Power Armor and such. This is intentional.

TighteyWhiteyMan tells Polygon that he was inspired to do an underwear-only challenge after meeting a number of memorable players who changed his Fallout 76 experience. First, there was the guy who saved him from the brink of death shortly after leaving the vault.

“I was crippled, bleeding, and on the brink of death with no ammunition and enemies all around, and a high level character appeared out of nowhere like an absolute fucking angel and slaughtered the entire horde of ghouls that were after me,” he says. “When the smoke cleared, he gave me my very first firearm and more ammo than I knew existed for it, along with all the healing items I needed to patch myself up.”

Another time, someone decked out in a suit poked into TighteyWhiteyMan’s CAMP and introduced himself as the Morgantown Building Inspector, who was there to make sure that his creations passed muster. The inspector had many criticisms.

“My sink was too close to the generator, the windows being blocked by a crafting station was a violation of fire code, as was having a lit campfire indoors,” TighteyWhiteyMan says. “He told me I could either fix the infractions while he was there or pay a fine of 25 caps.”

He fixed all the problems, but more importantly, this sequence of interactions sparked an idea in TighteyWhiteyMan’s head. Fallout 76 was immensely improved by players who took it upon themselves to liven up the wasteland. What, he wondered, could he do to give someone else that type of experience? 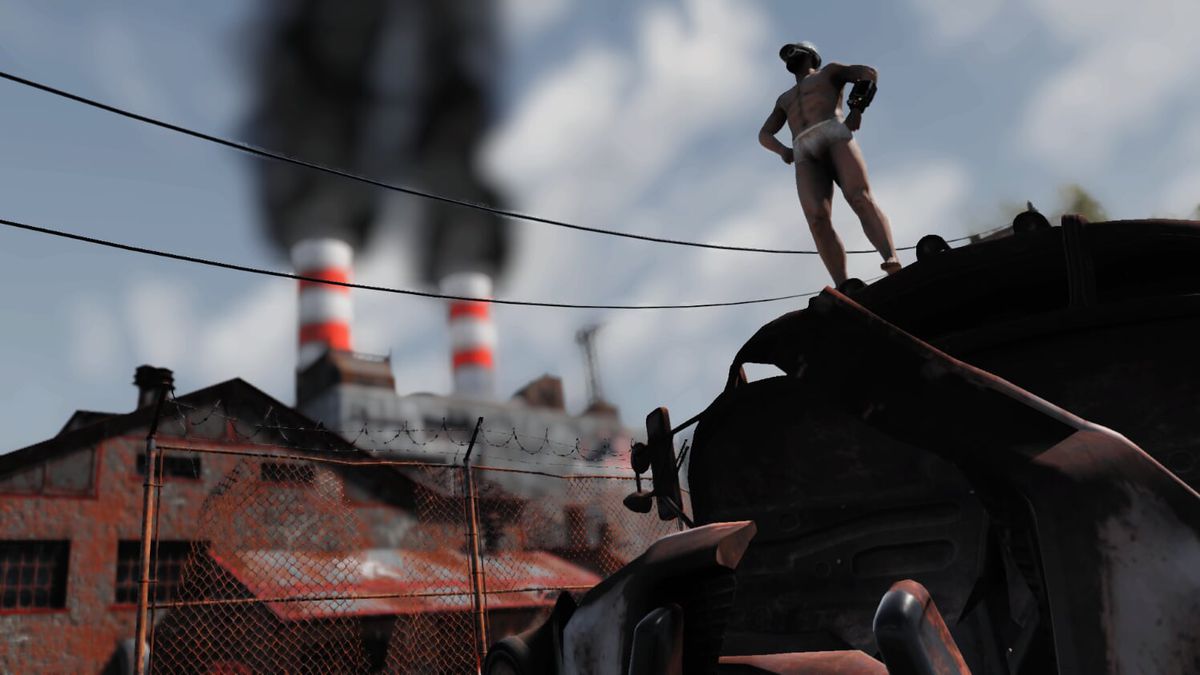 He started a new character, and happened to make a mistake. “One day, I was selling stuff to a vendor, and I was getting a little too aggressive and accidentally sold the clothes off my back,” he says. “I accidentally spent the next few hours running around in my underwear, and I kept getting thumbs ups and heart emojis but I had no idea why. Finally I made it back to my CAMP and hopped on a crafting station and I noticed that I was buck naked!”

And so his schtick was born: playing Fallout 76 with no clothes on. It was a good idea, but the problems were immediate. The game is designed for you to be wearing stuff — it is an RPG, after all. Leveling up and avoiding death became an issue. Early game was a huge grind according to TighteyWhiteyMan, and he had to stay in Morgantown, one of the starting areas, until he became level 30. Nowadays, TighteyWhiteyMan is running a build that takes advantage of the perk card system. It allows him to have more damage resistance than someone in full power armor, hilariously enough. (For those wondering, he runs Barbarian, Adamantium Skeleton, Ironclad, Rad Resistant, Lone Wanderer, and Junk Shield.) He also likes to run around with a shotgun.

While TighteyWhiteyMan is doing just fine in terms of power and defense, he’s still vulnerable to the horrors of the post-apocalypse. Without armor, there isn’t much to to stop radiation from infecting your body — and this makes things like nuke zones or ghouls a big pain. That’s where items like RadShield, Rad-X, and RadAway come in. TighteyWhiteyMan made ample use of these Radiation-stoppers to take down a Scorchbeast Queen naked, which must have been a sight to behold for players fighting next to him. The toughest enemy in the game, getting wailed by a man in underwear. Okay then! 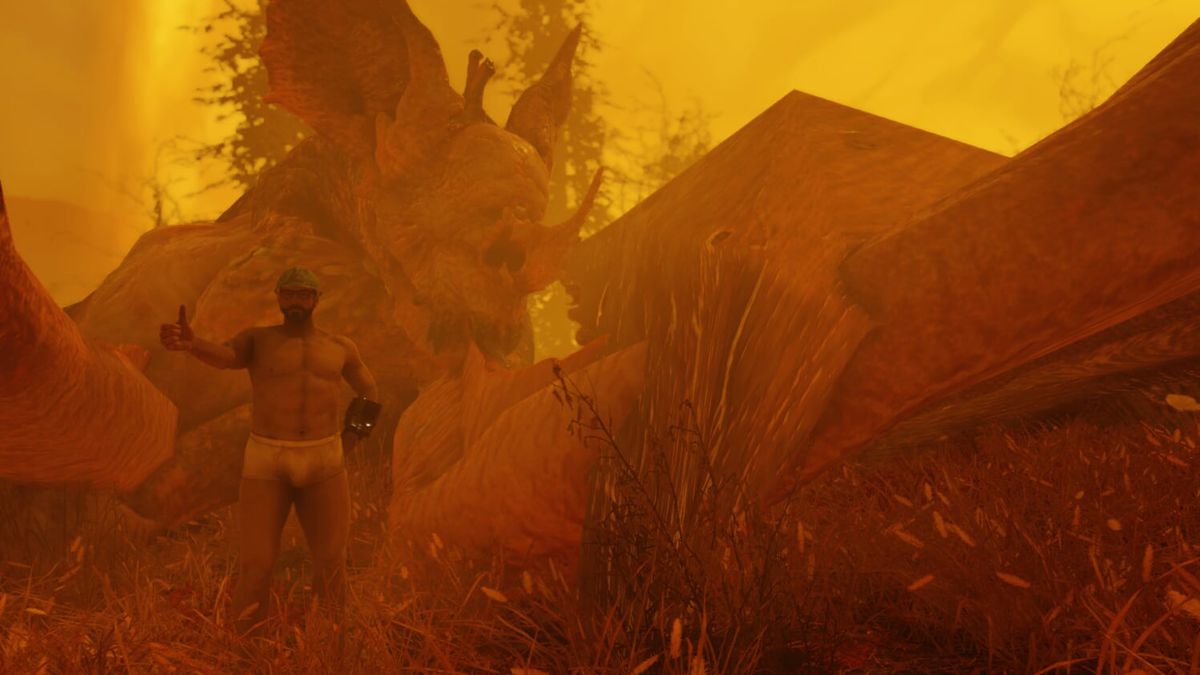 “People really get a kick out of it, and it’s really surprising how many people want to join in on the fun,” TighteyWhiteyMan says. “I run a rather busy shop near Whitespring, and naturally, I’m always naked. It’s always a chain reaction, I will have a few people browsing around the shop, and then inevitably one of them will see me, see the user name, and decide to strip naked as well. Soon, there is another one, and another, until everyone is naked!”

People can’t help but laugh at the hijinks, which is really what the whole idea is about.

“It’s always a great time when I run across a group of lower level players struggling through an area like Whitespring or West-Tek and I can hear them cracking up when the naked guy comes and saves them,” TighteyWhiteyMan says.

It’s safe to say that TighteyWhiteyMan has joined the ranks of the Morgantown Building Inspector, and the early vault savior — and that makes him very happy to think about.

“When you are a new player and fresh to the horrors of the Wasteland, these players are in every literal sense of the words heroes, and nearly a year later, I still think back and remember them. How powerful is that?”