Mass Effect remastered: Everything we know

Sometimes, when folks at BioWare explain what they’ve changed in the remastered Mass Effect trilogy, they almost sound like they’re playing god. During a hands-off remote presentation in January, environment and character director Kevin Meek said that in an early scene during the first game, the sun was moved entirely. This way, he explained, the player can appreciate the vista, which makes the alien planet seem as if it’s in a perpetual sunset.

The biggest and most noticeable changes in Mass Effect Legendary Edition are like this — visual and cosmetic. Don’t expect to play through the beloved sci-fi series and find anything new in terms of previously cut content or tweaked storylines, which means that yes, that controversial ending is still in there. Even so, I was struck while reviewing comparison shots of the older games versus the spruced-up versions, which will be playable in 4K and HDR.

When you remember a video game, especially one near and dear to your heart, your memory tends to sand off the edges. In my mind’s eye, the original Mass Effect looks good. But 2007 was a long time ago. Returning to Mass Effect now is painful — wooden faces, flat textures, animation glitches, never mind mechanical mishaps like the infamous unruly vehicle sections, or the awkward elevator loading sequences. I remember this stuff, but in my head, none of it was that bad. Whenever I revisit the game, it’s a small shock.

“We really stayed true to everything that you would remember in your mind’s eye, like your nostalgia of the game had to be consistent,” said project director Marc Walters. 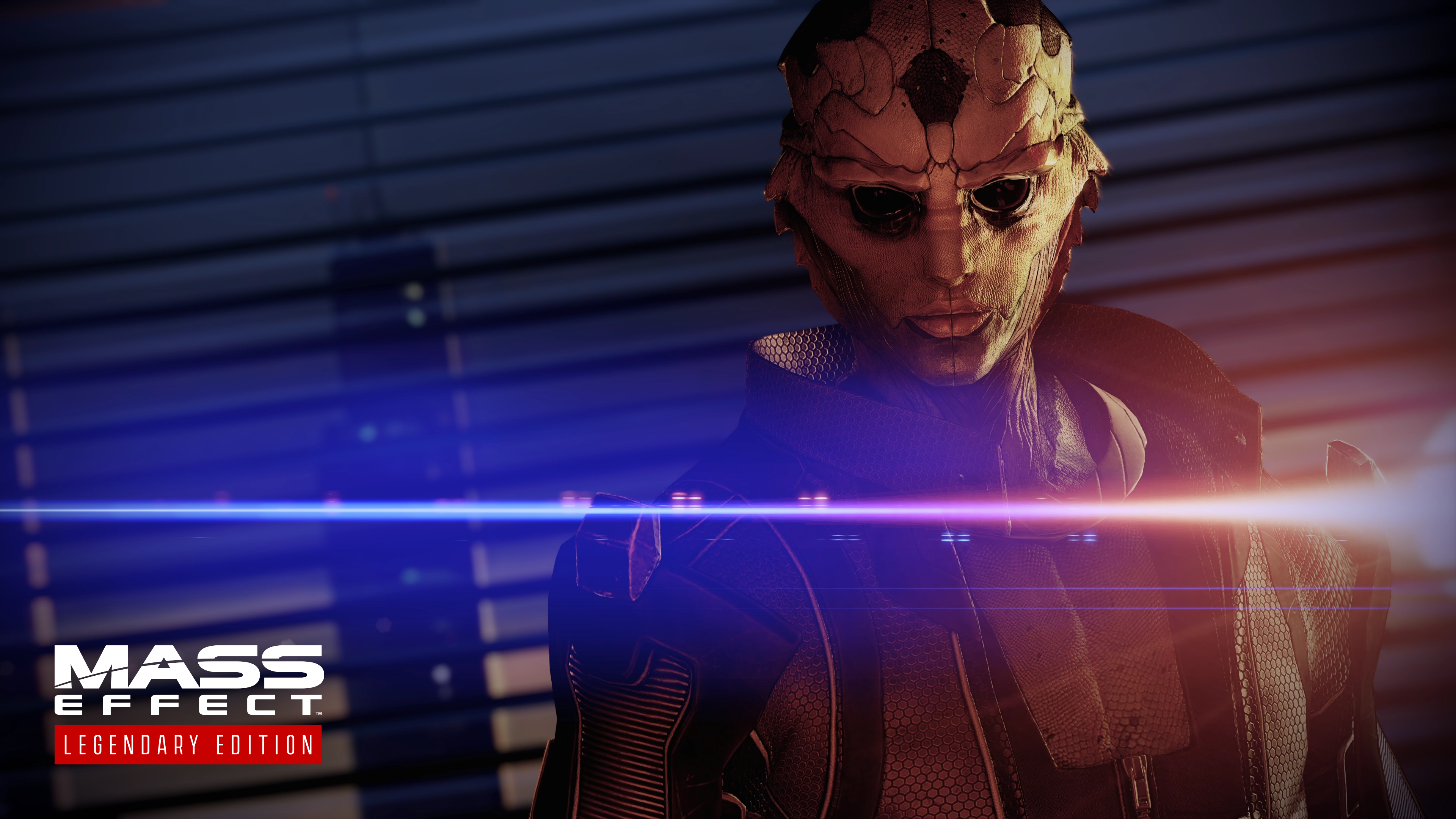 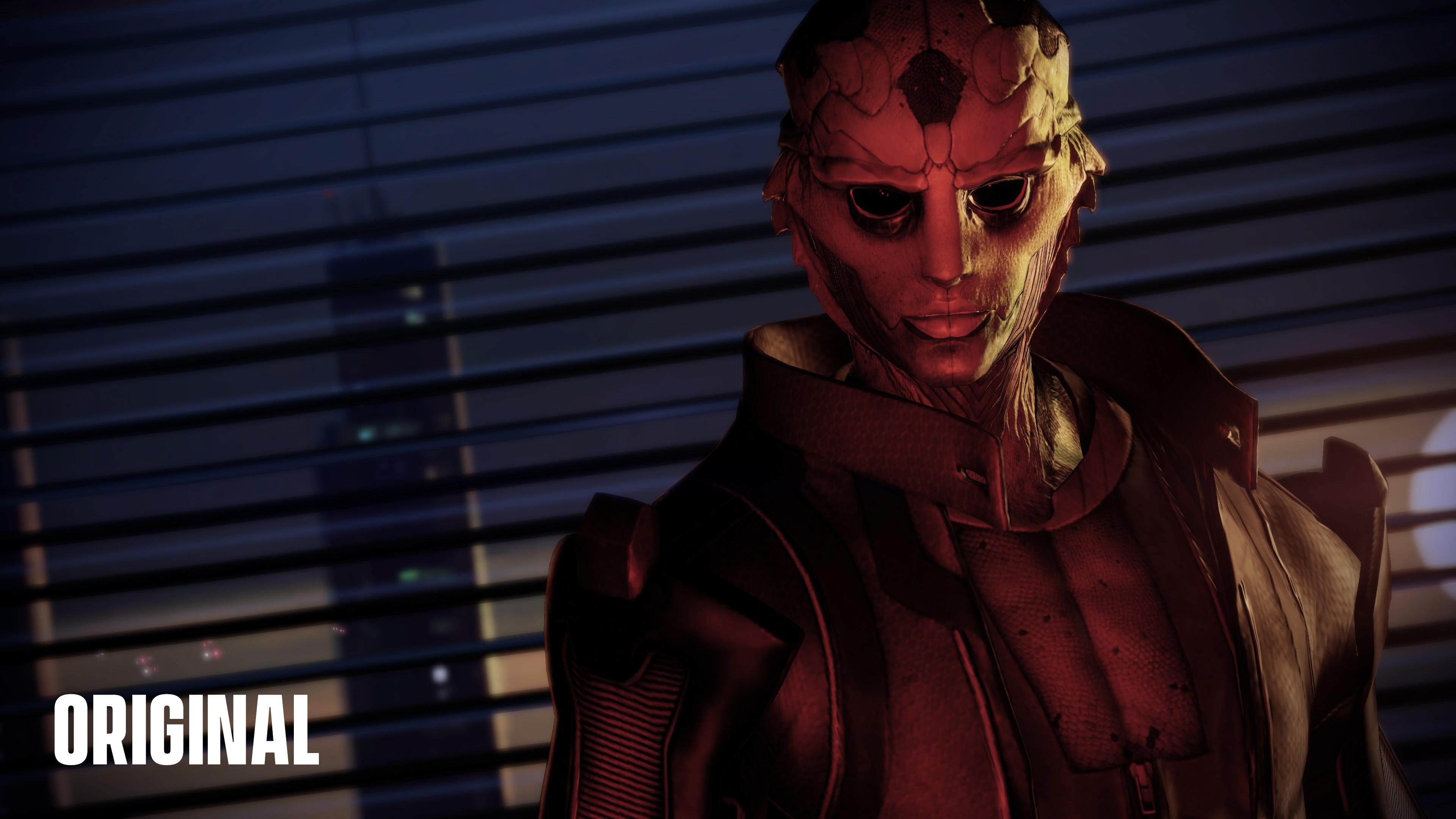 During the preview event, BioWare compared the Mass Effect remaster to restoring a car. While all the games have been touched up, it’s clear that the first entry in the series was the heaviest lift. The goal was to bring the original Mass Effect more in line with the successes of its sequels.

To achieve that, BioWare had its artists play through levels multiple times, pen in hand, so the developers could see which specific assets they could target for maximum impact. From there, the studio raised the cap on texture sizes and used an AI program to increase the resolution of textures, allowing for better particle effects and more immersive cinematics. Every level basically got a paint-over.

The changes are immediately evident. In some scenes, you can see some characters’ pores. Skin tones are more varied and flush with depth, better approximating the faces of actual human beings. I even found myself making note of the eyelashes, which no longer look like a small child scribbled on a character’s face with a black crayon. To accompany all of these upgrades, players also have expanded options in the character creation menu, including better hair options for Black Shepards.

Granted, such palliative graphical measures can only go so far. There were times during the presentation where certain textures only highlighted the limitations of the tech of that time. Seeing every crease on the 3D model of a nonhuman species, for example, could sometimes make them look more off-putting in ways that didn’t seem intentional. Other times, though, a higher resolution allowed me to appreciate the individual scales that make Thane Krios. In general, squadmates and their uniforms have been upgraded to make them seem more real. Eyes sparkle; leather looks supple. The team tried to “hand-touch” nearly every character and armor set. So when you recruit the version of Legion with a hole in his chest, it genuinely looks devastating to peer through it. 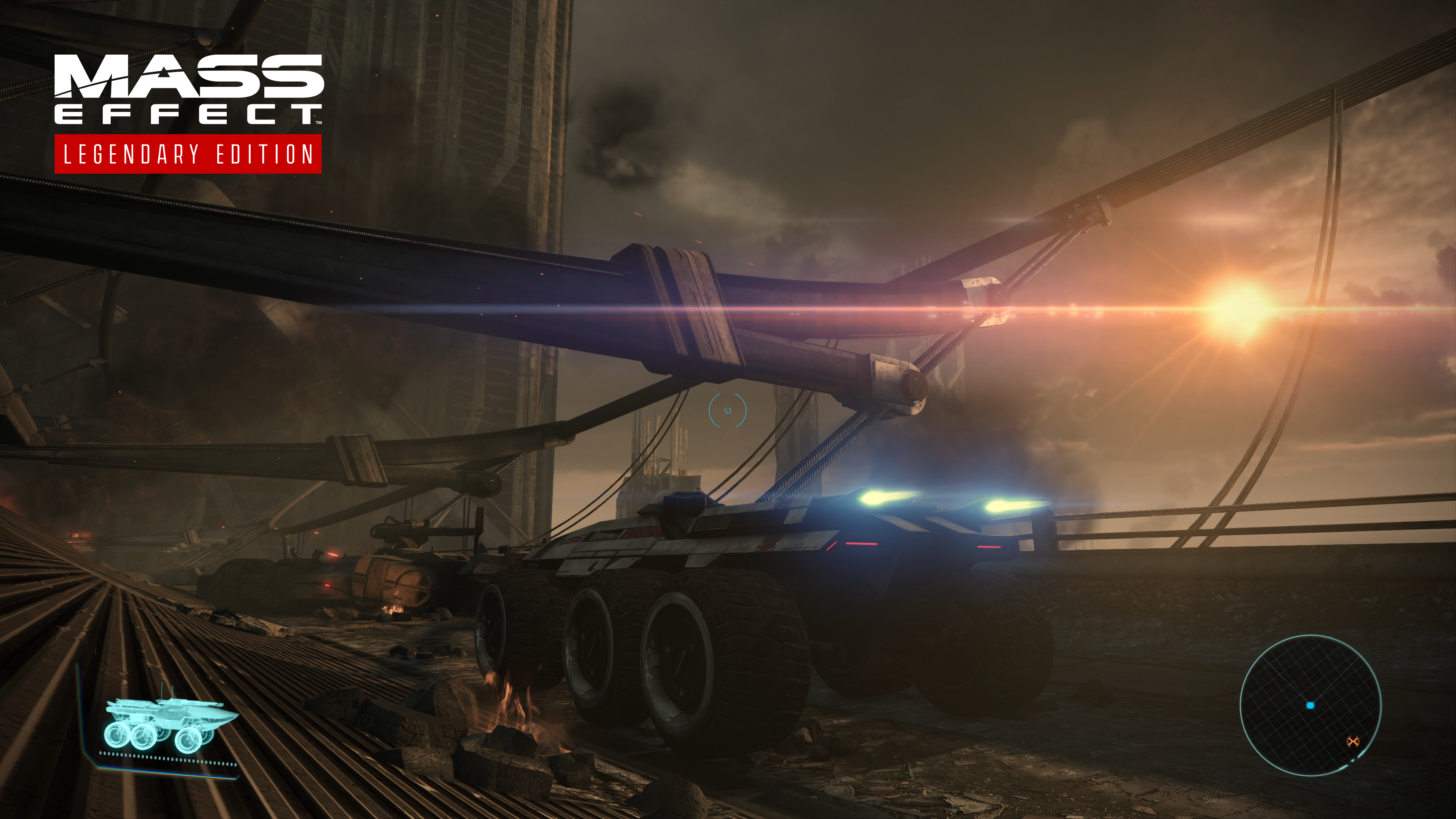 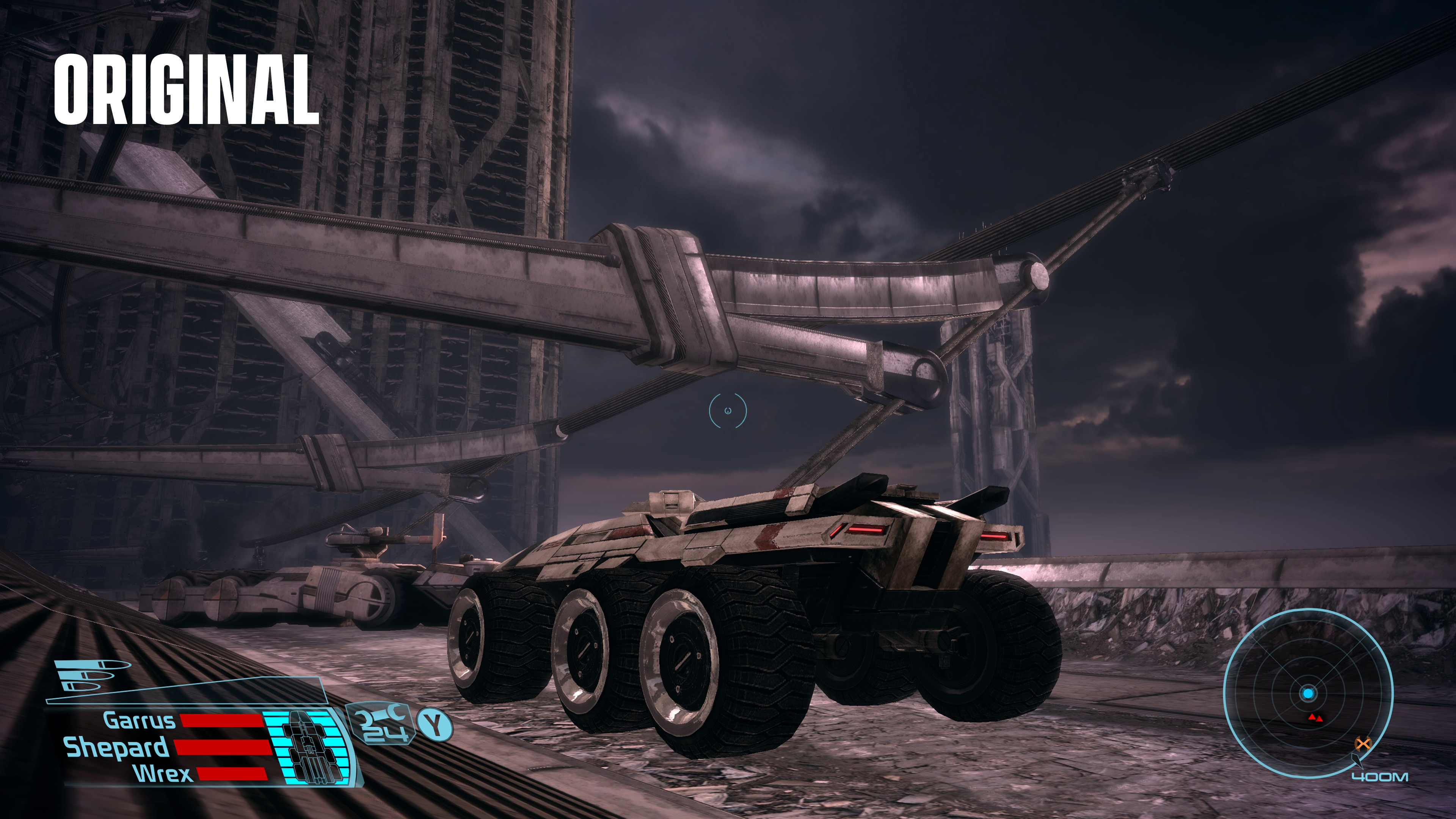 Apparently, working with an older engine allowed BioWare to render scenes twice for better reflective surfaces, along with a second camera to get real-time dynamic reflections. Levels with greenery have added vines, or perhaps more puddles on the ground. During a flyover of a stage that is full of trees, leaves slowly floated to the ground as smoke billowed in the distance. Another scene saw an alien ship with a current running through it, while a fiery planet’s magma bubbled like a cauldron. Ocean waves waxed and waned naturally, as water does.

None of that was there before. While breaking down the changes in a specific level, the developers acknowledged that these environmental tweaks approximate how they’d make the game today, in 2021, if given the chance for a do-over.

“There’s a lot of friction in Mass Effect 1,” Walters said. This became especially evident after consulting a focus group consisting of fans, modders, and cosplayers who offered feedback on what could be improved. The first game, by far, had the most suggestions.

Some upgrades you might expect: Yes, the loading times are much faster now, and the Mako has better controls for things like speed-boosting. The environment has better depth of field, and some bloom and bokeh for good measure.

But also, BioWare’s designers were preoccupied with making the first Mass Effect a better action game.

“It was really more of an RPG than a shooter,” said Crystal McCord, producer on the remaster, “so what can we do to make that a little more smooth or seamless?”

The new Mass Effect: everything BioWare has said and teased

A few different things, it turns out. The PC version of Mass Effect now supports controllers, and the keybindings have been updated. The HUD has been given a facelift to look more “modern,” though the team noted that it’s still a work in progress. Aim assist has been beefed up. Weapons have been rebalanced, and boss encounters have also been adjusted, although BioWare’s team wasn’t specific about those changes. Class weapon restrictions are gone. You can expect your squadmates to be smarter — but the enemy AI will be, too. “Dozens” of animation glitches have been fixed. Minigames are less frequent and are a little easier. In other words, newcomers won’t be stuck wading through the roughest version of the franchise.

“It is like playing it for the first time again,” Walters said.

Mass Effect Legendary Edition will be out on May 14 for PlayStation 4, Windows PC, and Xbox One, and will be playable on PlayStation 5 and Xbox Series X via backward compatibility. The remaster will include all story downloadable content, as well as armor and characters. 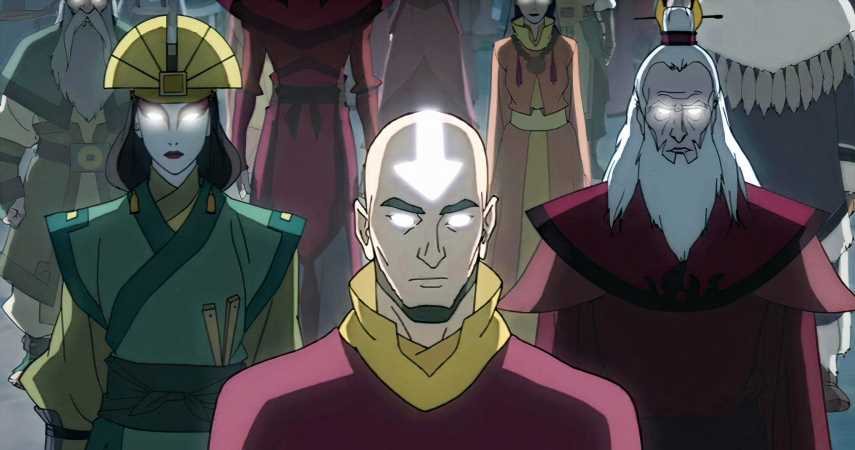