Shaquem Griffin doesn’t have a left hand. He was born with a condition that prevented it from developing fully, and his parents later had it amputated. That hasn’t stopped him from playing in the NFL, where he is a second-year linebacker for the Seattle Seahawks. And it also doesn’t stop him from making one-handed catches. With his left arm. In Madden NFL 20.

As spied by Twitter user Black Adam Schefter (great handle, by the way), here is Griffin dropping back into pass coverage and spearing an Eli Manning lob with his left arm. Griffin’s player model is a fully accurate representation of his real-life arm, but it appears that — for physics purposes, anyway — no exceptions could be made for him in the video game.

I’m OK with this! Griffin’s story, after all, is that he performs at the highest level of linebackerdom regardless of his condition — enough so that I have him on my Ultimate Team and haven’t even noticed his left arm. Here’s what Griffin, a right outside linebacker who is third on Seattle’s depth chart, looks like in the roster menu. 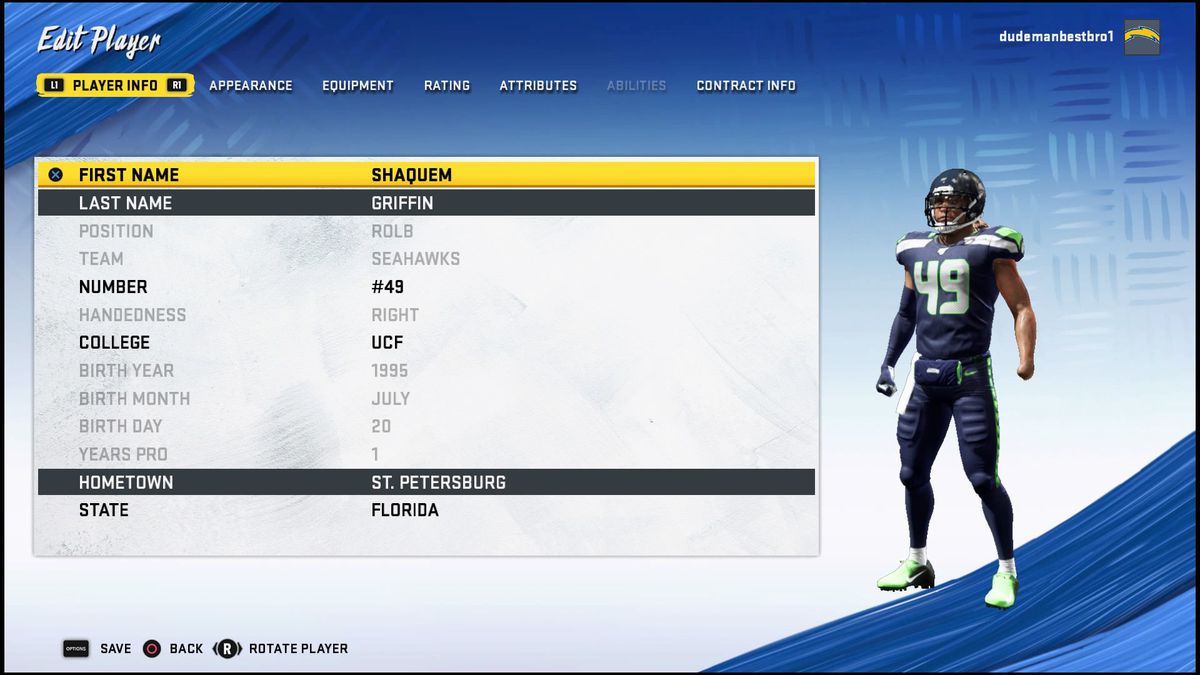 But this does point out how bonkers, if not routine, one-handed catches have become in Madden since Odell Beckham Jr. graced the cover of Madden NFL 16 four years ago. You don’t even have to take control of a receiver or defender and hit triangle/Y (“aggressive catch”) to see them; AI players pull off one-handers with regularity, enough that the commentary team of Charles Davis and Brandon Gaudin will gently mock the trend.

It follows, though, that EA Sports didn’t or couldn’t develop special code for Griffin, beyond just adjusting his CTH rating. This isn’t like, for example, Pat Venditte in MLB The Show 16, where his switch pitching was an entirely new skill that the developers had to accommodate. EA Tiburon probably just masked an altered left arm over his model — because it’d be really disrespectful to give him two full arms — and then left his playing ability the same as that of any other 69-rated ROLB.

Madden NFL 20 is now available on PlayStation 4, Windows PC and Xbox One.