Star Wars Jedi: Fallen Order’s teaser poster was mistakenly teased ahead of time in an Amazon listing for a commemorative t-shirt.

The product listing (since taken down) repeated some details already known about the story behind the game — namely that this concerns another Padawan who survived Palpatine’s finger-tenting Order 66 in Star Wars: Revenge of the Sith.

The poster depicts a Jedi of undetermined gender from behind, carrying a lit blue lightsaber, with yet another crashed, Republic-era Star Destroyer in the distance. There’s also a droid in front of the Jedi, who appears to be scanning for something — runes, possibly. They figured into Tuesday’s tease of this weekend’s panel discussion at Star Wars Celebration in Chicago. 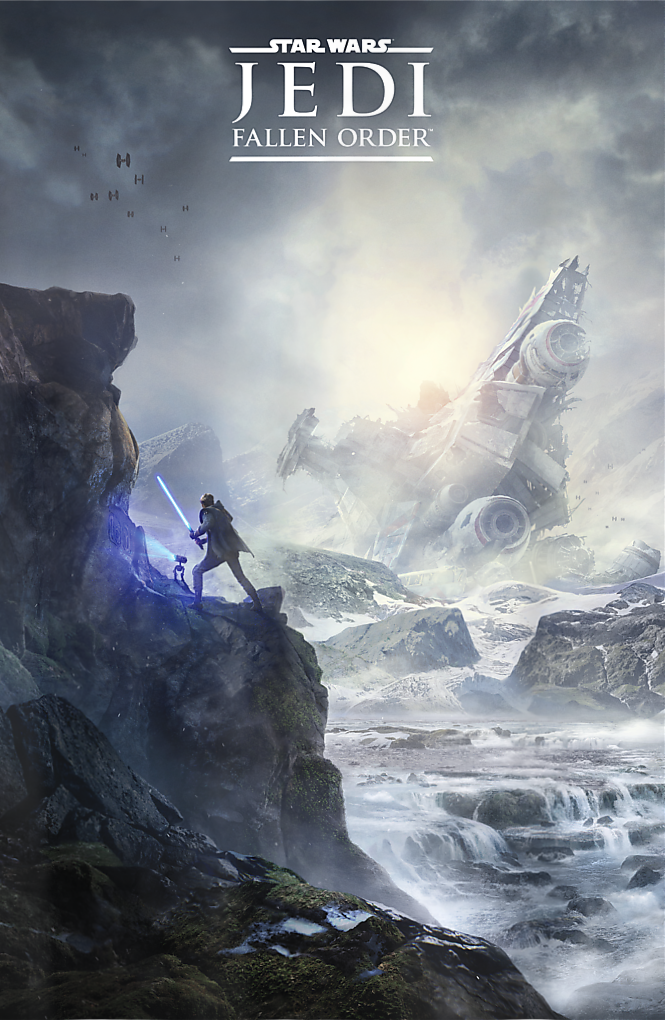 Here it is on the shirt, if that’s important to you: 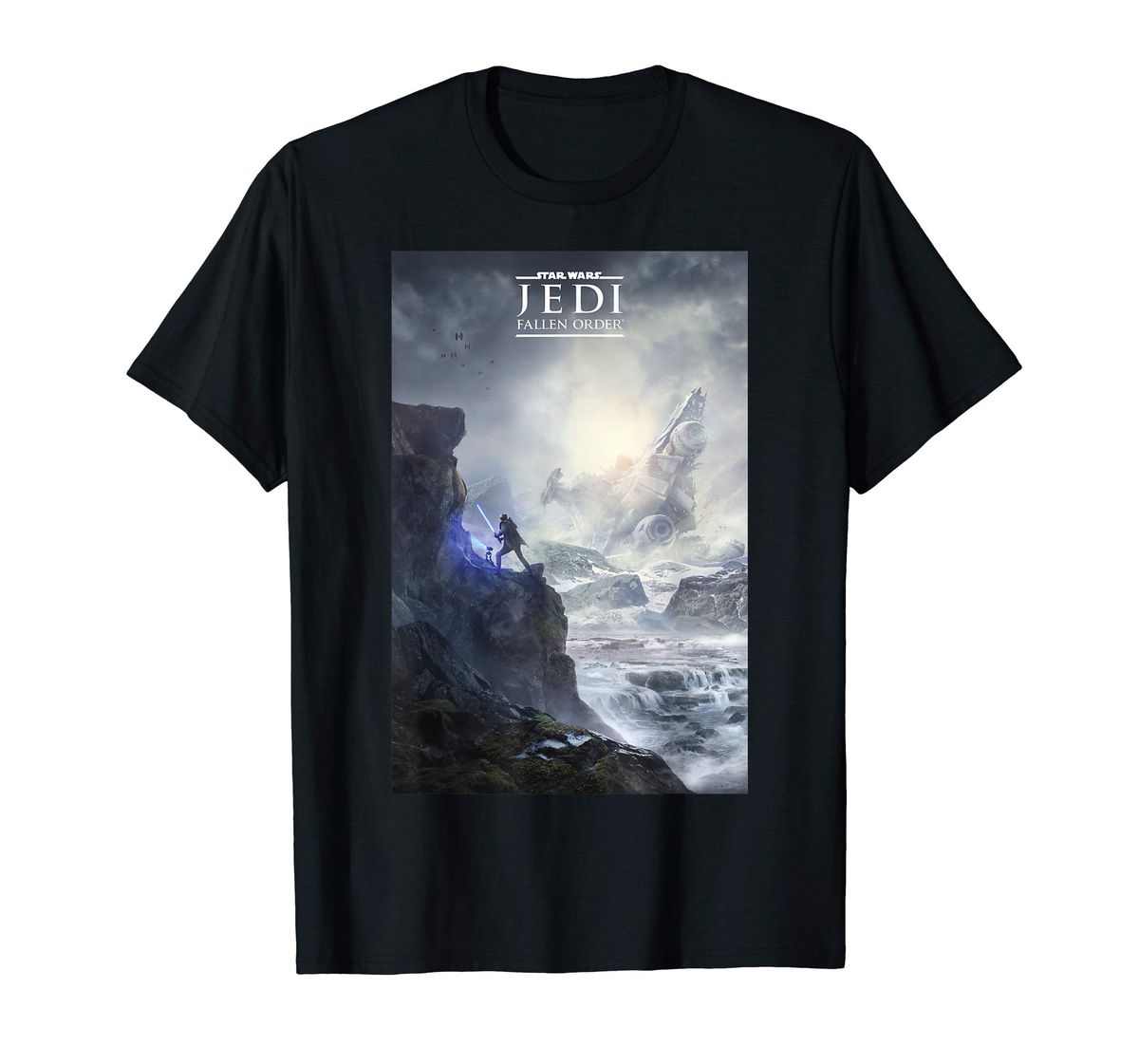 The game’s main character will be at least the second Padawan to slip from Palpatine and Darth Vader’s crushing grip. Ahsoka Tano of Star Wars Rebels (which is canonical) is another.

We will, one hopes, hear much more about Star Wars Jedi: Fallen Order on Saturday, during a panel discussion of the game at Star Wars Celebration. That will be at 2:30 p.m. EDT and will be livestreamed from EA’s Star Wars Twitch channel. We’ll be at the event, and you can watch along with us.