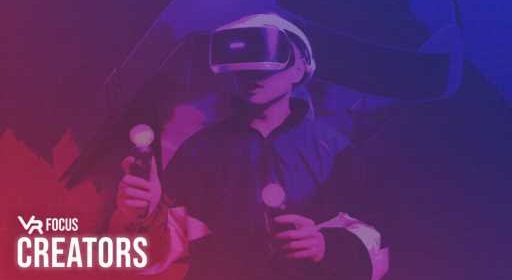 Here are the top 50+ free virtual reality (VR) videogames you can play! You’ll find a collection of fantastic titles to jump into such as going back in time in the world of Wolfenstein 3D to entering the VRChat world with your friends plus many more!

Your daily fix of the hack&slash wave attack action. Fast-paced and easy to get into. Use a wide arsenal of awesome magic weapons to win that top spot on the Orc Slayer Leaderboard. Plus, it’s 100% free!

Wolfenstein 3D as you’ve never experienced it before. Brave ten levels of labyrinth-like halls, killer dogs, secret passages, and an army of Nazi forces as you try to make your daring escape in Wolfenstein 3D VR!

Rediscover MSI Electric City as you pilot a fighter ship with the mission to defend the city. Maneuver and blast away the enemy swarm in this VR bullet hell arcade shoot ’em up.

Drive Through Explosions is a virtual reality game where you complete objectives and annihilate gangs of enemies as you traverse a post-apocalyptic world at high speeds.

Put on your VR device and grab a gun for one heck of a wild n’ crazy story heading your way! Dive into your grandfather’s memories, who once was an infamous bounty hunter! Relive his glory days full of adventures.

Feel the excitement of flying the Su-25T “Frogfoot” attack jet and the TF-51D “Mustang” in the free-to-play Digital Combat Simulator World!

Join our growing community as you explore, play, and help craft the future of social VR. Create worlds and custom avatars. Welcome to VRChat. Imagine a world where anything is possible.

Wave is the interstellar music festival of the future you can access at any time from anywhere. Attend next level live concerts, discover mind-bending audio-visual experiences, and rave out with your friends at private dance parties.

Rec Room is the best place to hang out with friends from all around the world! Play multiplayer games like Paintball, or just chill in the park. Discover thousands of player-created rooms, with new ones added daily

A Township Tale is the FREE multiplayer, open-world RPG designed specifically for VR. Explore the world, master your craft, and forge your tale.

Step into the future with this game-changing release from the biggest name in the business. Visually stunning environments; realistic chip and card movements; an endless supply of interactive toys, props, and accessories.

Lazerbait is a free arcade strategy game set in virtual reality with one simple goal: capture all the planets to build more ships and destroy your enemies!

In The Red Stare, you become a special agent in 1950s New York City on a stakeout. The Reds have infiltrated the city, and you need to stop them before it’s too late.

You are in ancient Egypt where you are the god who ensures the biggest pyramid ever gets build through the might of physics and some help of those lazy humans.

You find yourself in the middle of the persistent military conflict between two cosmic empires – both of them come from the Earth, both of them conduct R&D on time manipulation, and both are equally powerful.

In Your Face TD

You find yourself on a lonely space station, with only the mining drones to keep you company. Luckily the drones are hard workers, and they will gather resources so you can build defenses against invading creatures from another dimension.

This is a prototype of a game inspired by the classic The Sentinel available for many 80s computers like the ZX Spectrum, C64, Atari ST, and Amiga.

The story happens on the mainland of Roland. As a ranger, you have witnessed a series of anomalies recently: the blood moon, mad animals… Now the elder chief of NaBaer expects you to suppress the mobs who plundered their tribe.

Acan’s Call: Act 1 is a short but extremely immersive, and well-polished RPG, where the player is tasked with traversing through a dark cavern. Adventurers will find themselves moving from room to room, battling evil skeletons and collecting gems along their way.

Spellbender is an action-adventure game built for HTC Vive, in which you will use physical motions to cast spells and unleash your magic powers on your enemies.

Based on the film, Spider-Man: Far From Home VR it’s Your time to swing through New York has finally arrived! In breathtaking virtual reality, you’ll finally have the chance to scale and swing from the highest towers in Manhattan. Just pick one of four Spider-Man suits and you’ll be launched into the clouds…

Cartoon Network Journeys VR is a collection of three original VR experiences that give short glimpses into other worlds. Save your colony from collapse as a one-winged bee. Entertain the King and his subjects as the jester of the court. Complete metaphysical lessons to become the Supreme Deity of the Cosmos.

CUBE DANCER is a short VR rhythm game, that puts you in dance battles against mysterious opponents. Each with its own unique dance style.

Enjoy the Angelus Brand VR Experience with a few games and a showroom. Look at Angelus products while playing basketball or running through a challenging dodging game.

Tea For God is a VR roguelike shooter that uses impossible spaces, and procedural generation to allow player infinite movement within their own home.

HangoVR is a fast-paced collaborative party game in VR, where gameplay happens both in the VR goggles and the computer screen. You wake up at your friend’s place after a crazy party, and it’s a MESS. It’s already afternoon, your friend’s parents are coming home in a few minutes.

Experience a first-person shooter with a twist: You will need to operate your weapon in full detail while scavenging a procedurally generated level protected by machines that don’t even know what mercy is.

Challenge your friend in a classic hero versus giant boss monster setting in a local multiplayer VR game. Wielding VR equipment your objective is to prove your superiority by crushing those who disturb your sacred peace (namely your friend who’s playing as your opponent with a console controller).

A simple immersive flying game built for VR. Pilot an aircar through a futuristic cityscape.

Puppy Chef Academy is a Virtual Reality cooking experience designed to help you learn how to cook without the stress and mess of a real kitchen.

Land of Amara an interesting first-person task diorama-style gameplay such as chopping wood, building structures with a hammer, and reading a book in the player’s house.

Google Earth VR lets you explore the world from totally new perspectives in virtual reality. Stroll the streets of Tokyo, soar over the Grand Canyon, or walk around the Eiffel Tower.

Sail above the clouds and explore a shattered world in the search for a special key. Navigate your ship through the sky and discover unexpected creatures and locations in this relaxing VR adventure game.

This Burger joint has been dead for a while, you are our only hope. Serve the customers the right order and before they get angry. Maybe after you start working here things might pick up and you might be able to bring back this burger joint to its original days.

Waltz of the Wizard

Waltz of the Wizard is a virtual reality experience that lets you feel what it’s like to have magical powers. Combine arcane ingredients into a boiling cauldron with the help of an ancient spirit trapped in a human skull. Unleash creative or destructive wizardry upon a fully interactive virtual world.

Short Circuit VR is an electronics lab simulator in Virtual Reality. You can build your own electronic circuits with the components provided, learn basic electronics by completing challenges and just have fun while experimenting and making awesome projects!

DIRE is a VR survival car chase about a single mother in a dying world. Playing as Ember, a woman damaged by mysterious circumstances, you need to stay ahead of a toxic sandstorm, while avoiding attacks from your nemesis “Rustborne.”

Welcome to The Lab, a compilation of Valve’s room-scale VR experiments set in a pocket universe within Aperture Science. Fix a robot, defend a castle, adopt a mechanical dog, and more. Still not sold? It’s free!

In Taphouse VR, you are the bartender! Run your own taphouse, give drunk dwarves their fill of delicious ale or drench the bunch by mixing delicious cocktails! Everything around the counter is yours to mess with – including your paying customers.

Anyland is an open virtual reality universe to create your home, chat with others, explore & live in! Made from the ground up for VR, explorable via just PC & keyboard, and shaped by all of us together.