The fact that there isn’t already a “Pokemon Party,” or a Pokemon version of Mario Party blows my mind. Aside from the Meowth’s Party tech demo that was released back in 2000, there has been no indication that a Pokemon Party game could be released. One of my colleagues has already written a piece about how Pokemon Stadium’s mini-games certainly captured what it would feel like to play a Pokemon Party game, and she’s right. The mini-games in N64’s Pokemon Stadium are almost directly comparable to the types of mini-games you’d play in the earlier Mario Party games.

But there is so much opportunity for the perfect party game here, and not just because Pokemon has had comparable mini-games in the past. To start, considering how awful Super Mario Party was, this would be the perfect time for a new and improved party game to hit the market. While Super Mario Party’s overwhelming focus on luck instead of skill bummed out many players, they’ll now be more open to shifting gears to a party game that actually gets things right.

In terms of how the game would look, I was initially thinking you could play as Pokemon, similar to how the mini-games looked in Pokemon Stadium. But if we’re going to have a whole board structure like Mario Party with mini-games included at the end of each round, each player could pick a Pokemon trainer with a Pokemon pal to go with. Instead of going around the board collecting stars, perhaps players could go around the board trying to collect gym badges, and the first one to eight would win the game. It could be structured so that instead of paying coins for stars, players would have to either collect enough Pokemon to earn each badge, or they’d have to raise the level of their Pokemon companion(s) high enough to get a given badge. The rewards for the rounds of each mini-game would either a new Pokemon or XP for Pokemon that the player already has. 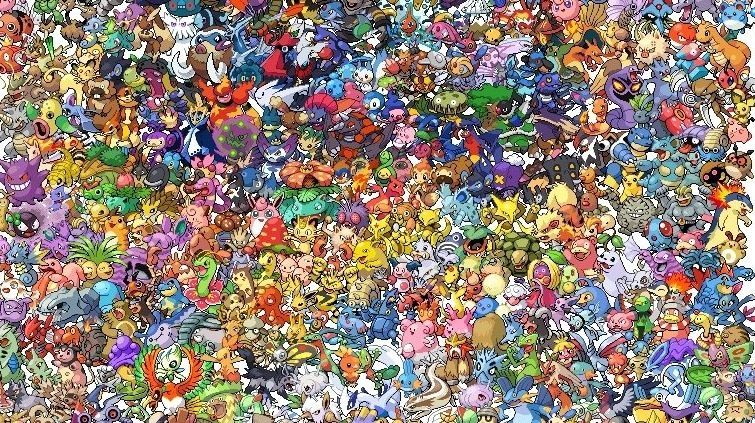 The game could also include all sorts of interesting event spaces on the map itself, such as a Jigglypuff space that puts a player to sleep for a turn, Charizard that can fly a player to another spot on the map, Haunter or Gengar that could steal items from other players (if we’re really wanting to model this off Mario Party), and more. Considering how many Pokemon there are with a seemingly endless list of abilities, coming up with events or event spaces in a Pokemon Party game would be exceedingly easy.

In terms of items, I imagine it would be easy to incorporate some of the existing ones into a party game realm. For example, perhaps different berries can be used to up the number on your diblock or lower that of an opponent’s. Different types of stones could be used for immunities from different things like losing a badge or other effects from items (such as a low diblock or having to move backwards).

This is not, by any means, how the game would need to be structure. The point I’m making is that the possibilities for a Pokemon Party game are endless. There are tons of different series that could benefit from adding party games to their lineup. But out of all of them, Pokemon feels like the most natural choice. And given Pokemon’s extreme popularity, it would almost certainly rake in the money and be a worthwhile investment.

Next: Pokemon Games Need To Learn From Charizard And Magmar’s Showdown In The Anime