Ask a simple question about the Dungeons & Dragons timeline, get a complicated answer

One of the most delightful surprises of E3 2019 was the announcement of Baldur’s Gate 3. Die-hard fans of Dungeons & Dragons and computer role-playing games in general were ecstatic to learn that Larian Studios, creators of the excellent Divinity: Original Sin franchise, will be handling the project. Those same fans were notably confused, however, by the in-fiction timeline of Baldur’s Gate 3.

Folks on social media and here in the comments at Polygon were understandably puzzled by this. So, I cornered Wizards of the Coast franchise creative director Mike Mearls — who also happens to be the co-creator of D&D’s 5th edition ruleset — in a Los Angeles hotel room and put the screws to him about the timeline.

As it turns out, you and I know a lot less than we think we do about the timeline of D&D’s Forgotten Realms. That lack of clarity is a feature, not a bug.

A mind flayer emerges in Baldur’s Gate. Many more float in the sky behind them, along with a massive nautiloid.
Larian Studios

Swen Vincke, founder of Larian Studios and director of Baldur’s Gate 3, let the cat out of the bag.

“They have this little thing that they don’t publicize,” Vincke said, referring to D&D’s publishers at Wizards of the Coast. He immediately looked like he regretted bringing the subject up.

“It’s rather interesting,” Vincke continued, searching for the words least likely to send Mearls, seated next to him, into a frenzy. “They … have a lot more detail about everything that’s happening in the world and, as we started discovering that existed…”

It’s at that point that Mearls jumped in to save him. “That’s the super secret stuff,” he said, side-eyeing Vincke.

There was a long, somewhat uncomfortable pause before Mearls turned to me. “Well… I guess I can tell you a little bit.”

“One of the really fun things about my job is I get to look back over 45 years and say, ‘How does this all tie together?’” Mearls said.

Just about everything that his team at Wizards touches — official campaign modules, comic book adaptations, toys and miniatures, and especially video games like Baldur’s Gate 3 — takes place in the same fictional universe called the Forgotten Realms. But, much like the Marvel universe, the Forgotten Realms is a multiverse, a planet-sized world with many continents and, also, entirely different planes of reality. Much of Mearls’ day-to-day work entails directing traffic, so to speak, across that multiverse. 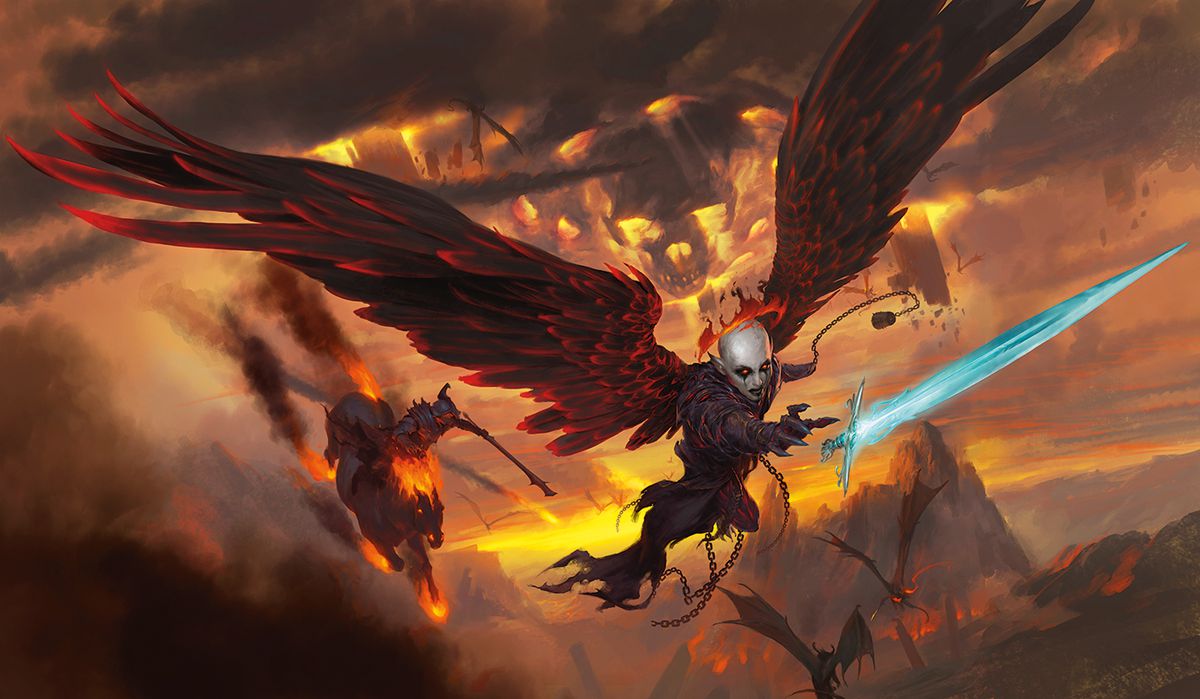 Of course, there are powerful characters throughout the fiction of D&D. The most powerful ones — the gods, for instance — appear in just about every permutation of the game that exists. But they might not even know what they don’t know, as the structure of the world itself may help to create certain in-universe blindspots.

“If you take someone, a cosmic figure — I’ll just pick someone at random — like Orcus,” Mearls said, naming D&D’s demon lord of the undead. His eyes narrowed slightly, and his tone changed from stern to scholarly. “Orcus, in theory, appears in every setting. Except if he doesn’t. So then you have this interesting thing; Orcus is aware of all these worlds, except the ones he’s not aware of.

“That’s the stuff that we don’t publish,” Mearls said, looking back a Vincke. “But it’s there.”

So there’s a secret lore bible — likely an actual, physical book — filled with answers to questions that few players or even game designers have ever thought to ask. The materials inside, curated by Mearls and his team, must necessarily go back more than four decades, each one sourced from some part of the D&D multiverse.

“There’s many times we’ve come up with these things that might, if you’re a really hardcore D&D fan in terms of the lore, it might be profound or maybe even shocking,” Mearls continued. “Hopefully, for the fans who have uncovered them, it’s exciting and interesting. But we may never tell people about them.”

That those secrets remain untold means that everyone playing D&D, in whatever format, has something to explore; some remarkable bit of knowledge that is just within reach, and yet may remain unobtainable.

Mearls seemed to realize how strange it all sounds. Here he is, the keeper of the deepest secrets of one of the most well-loved franchises in media history, and he’s hoarding all that knowledge to himself.

“It’s going to sound super — maybe this is not super pretentious, maybe it will just sound creepy,” Mearls said, his face breaking into a self-conscious half grin. “The way I think about […] it is that we’re like, the masters of Dungeon Masters. Everyone’s running their campaign [at home], but there’s another layer that we’re in where we see how everything — very deeply — might connect. You may never see that connection surfaced, not ever. But, it’s influencing how we’re doing things. And maybe someday we will surface it. Maybe we won’t.”

And that’s partly why the timeline for D&D is a bit … swimmy. 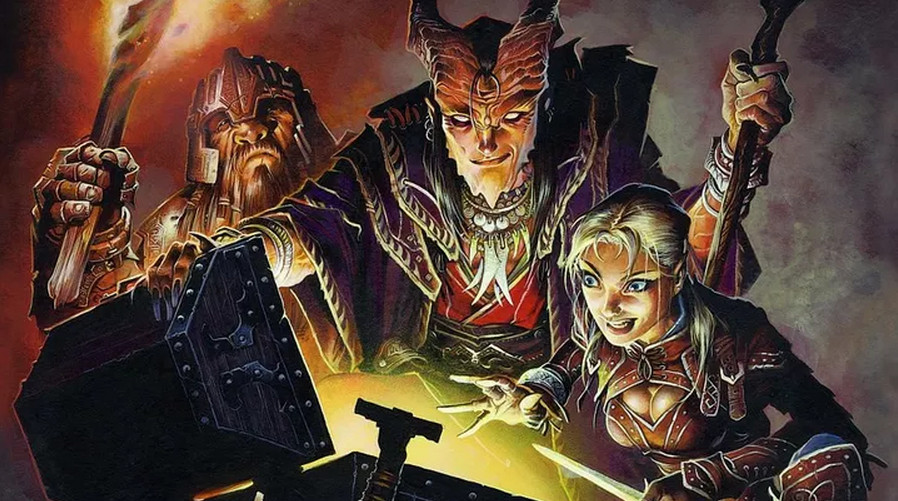 Wizards of the Coast

“D&D is a fantasy property,” Mearls explained, “and fantasy — this might drive some people nuts — but fantasy is not about fact. It’s about truth. […] Science fiction is all about measurable quantities: time, space, weight, mass, et cetera. There are laws of the universe and you obey them. Fantasy is about mythic truth. It’s about what we understand to be true. The facts of the story aren’t as important as the truths that they shed, that they inform us about the world. That’s a very highfalutin way to say, in terms of how we measure things, we don’t really think of things in terms of hard and fast dates.”

The story of the Forgotten Realms, Mearls said, isn’t being penciled into someone’s calendar. It’s instead being filtered through observers — people like you and I who play our campaigns at home, but also people like Vincke and his team at Larian Studios.

“I am very consciously trying to avoid putting very exact numbers and dates on things,” Mearls said, “because I don’t believe that, in a fantasy setting, that’s how the [value of the] inhabitants in that setting or the important benefits of those stories is really measured.”

But, he stressed, the sequencing itself is important. The events of Descent into Avernus must happen before the events of Baldur’s Gate 3, and maintaining that order is literally Mearls’ job.

That’s the only way to make sure that the overarching story of the Forgotten Realms, the behind-the-scenes details that will likely never see the light of day, can even begin to make sense to Mearls and his team. And, maybe, one day, to the rest of us as well.