Your mother and father playfully bicker over the complex physics of peehole distance, children’s toys litter the floor around you, all while a pristine piano – the real object of your toddlerish fancies – sits stalwart against the living room wall. It’s a lovely little scene, filled with the pervasive love and dreams of a young family striving to build a comfortable and fulfilling life together. You close your eyes, open them again, and everything is gone – life waits for no one.

Before Your Eyes, developed by indie studio GoodbyeWorldGames, is a dizzyingly unique and relentlessly ambitious experience. As opposed to being based on conventional player input, where you mash buttons on a pad or guide a cursor around a screen, Before Your Eyes transforms your pupils into a distinct, deeply intimate controller. Around a month ago, we published an interview with the team behind the game about what goes into developing something like this, where traditional gamepads are substituted for webcams designed to read retinal movements with astonishing accuracy. Since writing that, though, I’ve regularly found myself thinking about just how excellent Before Your Eyes is – it’s an enduringly stunning adventure, and any of you who are even remotely interested in video games should absolutely play it as soon as possible.

The most important thing to note about Before Your Eyes’ signature blink system is that it isn’t gimmicky, which people would be forgiven for prematurely having concerns about. There are plenty of fascinating projects that build on a novel idea to the extent that it becomes their entire premise, which can lead to the rest of their makeup becoming pretty shallow. On the contrary, Before Your Eyes recognizes the need to integrate its core mechanic with the context of the story it’s trying to tell. This isn’t a game where you blink to shoot, or select visual novel dialogue options, or drift a four-litre Subaru around a hairpin turn. Before Your Eyes presents you with scenes you’re dying to stay in, but scenes that – like vignettes from real life – are transformative and transient. No matter how incredible a moment may be, it is, by definition, momentary. No matter how awful and soul-rending another moment is, it is designed to abide by the exact same inherent impermanence.

That idea – impermanence – is the true driving force behind Before Your Eyes. It’s not a particularly long game, although playing it involves such a commitment to concentration that seconds seem to morph into hours. This is compounded by the fact that you, as a human being, are biologically required to blink – it’s in your design. Regardless of how much you want to stay in one memory, to forget about everything before and after, you have an obligation to move on, whether that’s backwards, forwards, sideways, or towards some kind of mythological otherworld only visible in dreams.

At several points during the game, I held my eyelids open with my hands to see what would happen – the fear of missing out on the end of a scene was biting and unforgiving. On another occasion I ducked out of the way, meaning my webcam no longer registered my eye movements. Both tactics felt like cheating, which in a game as intimate as this resembles the same kind of unconquerable guilt that results from trying to forget the past or ignore the future. It’s one thing to live in the moment – and for the sake of mindfulness, it’s essential – but only if you’re capable of recognizing the inherent pastness of the fleeting present. What you read at the top of this piece is in the past now, and what you’ll read below will join it momentarily. The words will still be on the page if you blink, but everything you did yesterday – the people you met, the music you listened to, the video games you played – is already being transformed by how your brain recalls it. Memories are told and retold via a series of ever-separating blinks, which sounds defeating at first, but as evidenced by Before Your Eyes, is probably the most human and natural way for us to reminisce and rise again. 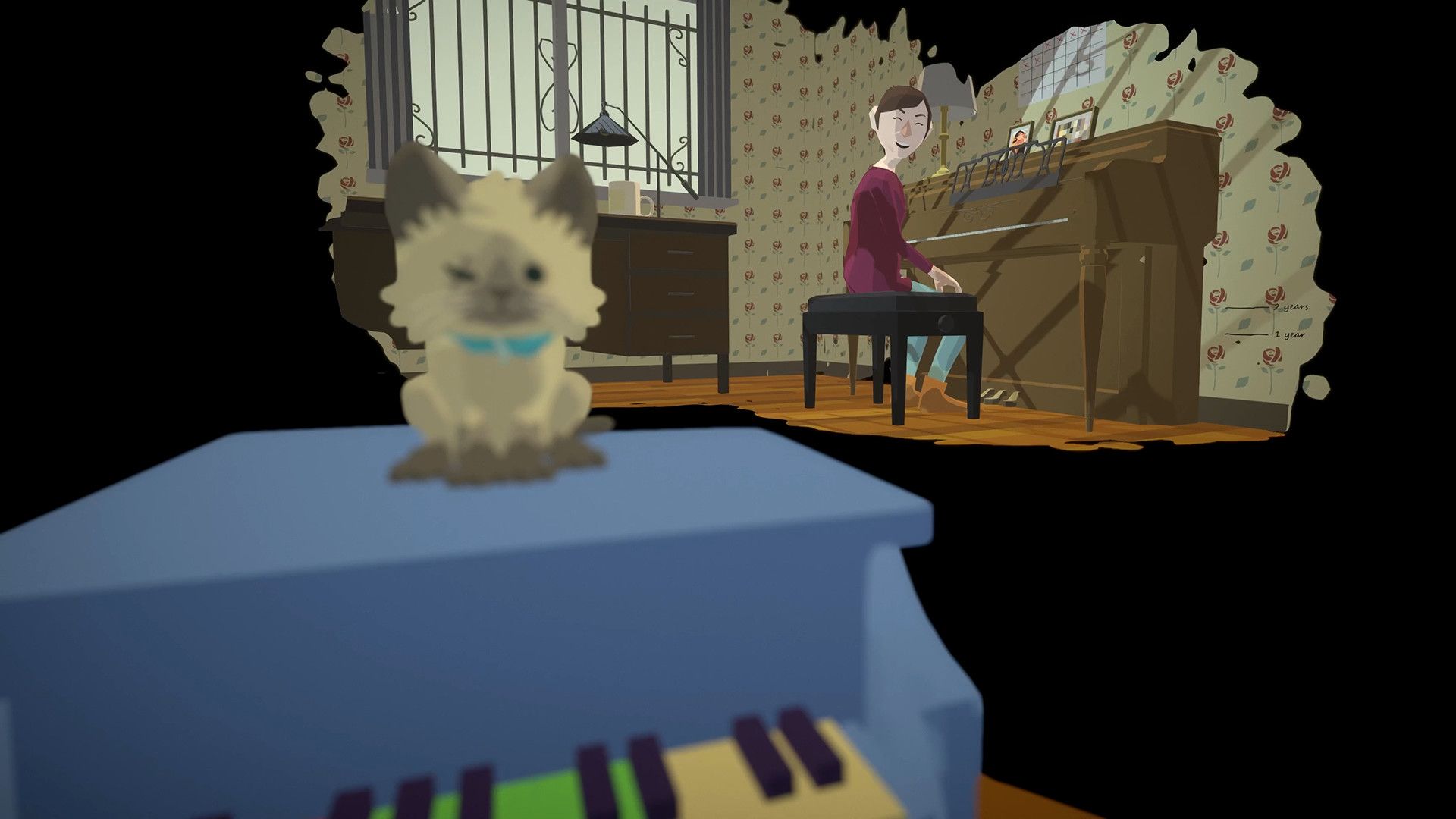 All of this is exemplified by Before Your Eyes’ heart-wrenching but deeply humane story, which blends the ever-present pull of metaphysical musings with the intense cruelties of real life in a way that transcends conventional spirituality. Again, it’s a short game, but it has more to say than the majority of 50-hour triple-A stories packed with more traditionally recognized tropes, because ultimately this is a game that prides itself on being trope-free. It trusts you to play it at a pace you’re comfortable with and to continuously try to slow that pace down in vain. The longer you play, the more your eyes start to betray you, blinking away scenes of bliss and comfort and hurtling you towards difficult recollections you’d rather not relive. This, though, is paradoxically empowering, because no matter how much it confronts you, blinking away the bad is as natural as inadvertently blinking through the good – it’s all a matter of balance.

Before Your Eyes is one of 2021’s most extraordinary sleeper hits. It proves that games don’t need to be extremely long or intensely high-octane, and that a concrete, coherent focus is far more conducive to effective storytelling than anything sprawling or unwieldy. Thanks to the use of innovative input registration and tight-gripped pace control, it’s a much larger experience than any kind of summary would have you believe, because it’s all emphatically experiential and resentful of any kind of ordinary conformity. It’s an immensely special game that blends every feeling on the emotional spectrum into a vast hodgepodge of moods, a ragtag ensemble of aloof and wandering thoughts that are all competing with one another for acknowledgement. It’s the most singularly ambitious and enduring game I’ve played in a long time, and if you’re interested in where the medium is going and what the future of games has to offer, it’s an absolute must-play that you’ll be able to revisit over and over again.