There’s a certain degree of rebellion inherent to the idea of street art. To some, graffiti is considered a public nuisance, a dirtying of architecture and engineering that went up for the utility of society. To others, it is self-expression that uses the structures to convey what society is actually thinking and feeling beyond just the slab of stone keeping it up. Concrete Genie does more than fall into the latter category, it grabs the theme with both hands and seeks to ennoble the act.

This is the first time I have gotten to play Concrete Genie’s non-VR mode since the game was announced two years ago. The first time developer Pixelopus showed it to me shortly after announcement, it seemed little more than a tech demo of the genie creation, but I never got a good sense of how the actual game worked. This time, I got to play the first hour of the game, as well as skip toward the third act for a surprising change in gameplay. 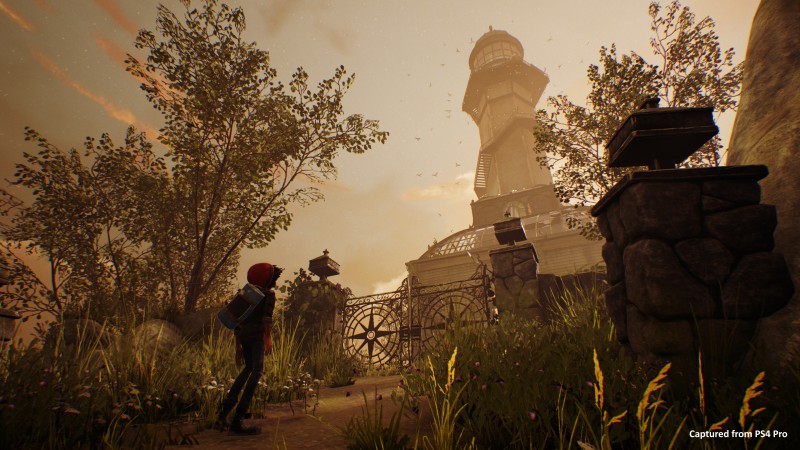 In Concrete Genie, players take control of Ash, a young kid who spends his time in a dilapidated port town with shades of the Pacific northwest and other coastal towns. In addition to an obvious economic downturn, the town has been overrun by a gang of bullies who relish in making Ash’s life harder. In the opening cutscene, this group of bullies takes his sketchbook filled with creatures born of Ash’s imagination and scatter the pages to the wind. They then lock Ash into a one-way tram to the lighthouse, which is purported to be haunted by a ghost, but actually contains the power to bring his genies to life.

The gameplay loop of Concrete Genie involves Ash collecting these pages of his torn-up sketchbook and creating genies from them. Painting these genies on the wall leads to them requesting certain things through icons and speech bubbles, like campfires on the ground or stars in the sky, to fill up lightbulbs hanging on those same walls. As Ash works to rehabilitate the port town, he fills up each region with paintings and genies, transforming the area into a living, breathing space once again. Sometimes puzzles need to be solved that involve getting multiple genies into one spot, which requires leading them from walls and around buildings, oftentimes some distance away. 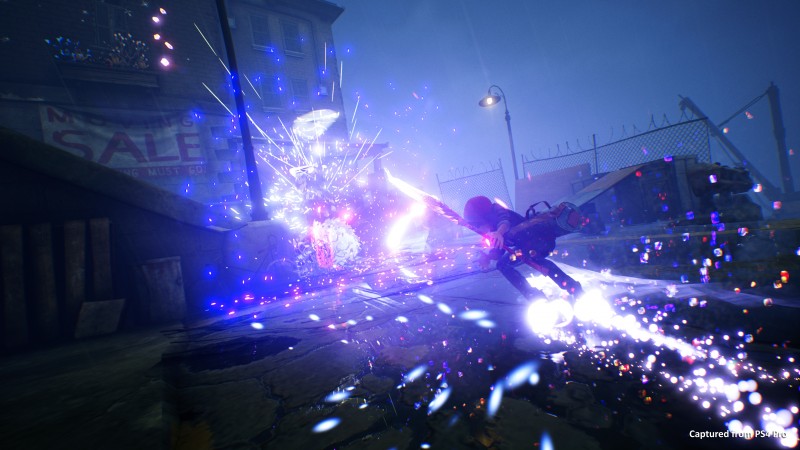 Pixelopus warned me before I started that, at a certain point, the demo would jump ahead to a different kind of gameplay mechanic in the game’s third act. In this act, Concrete Genie becomes a lot more like a lite Infamous than the previous, decidedly chill opening hour. As the boss races around the small but circuitous areas you just spent painting, Ash uses his paintbrush to launch attacks of different elements at the fast-moving enemies. To keep up, he surfs on the magic paint that he had just been using to paint the walls bright colors to revive a town now being ravaged.

It will be interesting to see how the final game manages to balance this escalation in gameplay style, but it did somewhat assuage fears I had concerning whether the game could get repetitive after the first hour. With just a few months until release, Concrete Genie is shaping to be a fascinating addition to Sony’s software portfolio.