Corruption 2029 Review: Another Day, Another Dystopia

There are certain games that become flag bearers of entire genres. These titles are either the first of their kind, or are so good that they serve as an example of how to do that genre right. Firaxis’ reboot of XCOM is a perfect example. Its blend of strategic combat and base-building has made it a poster child for intense tactics games. Its success has spawned multiple other strategy games that have all tried to replicate that feeling of difficult turn-based battles and squad management.

The Bearded Ladies Consulting definitely shares a deep affection for XCOM, as their projects have been very reminiscent of the alien-busting reboot. Corruption 2029 may not live up to XCOM’s high standards, but its blend of tactical combat and stealth make it a good choice for strategy fans. 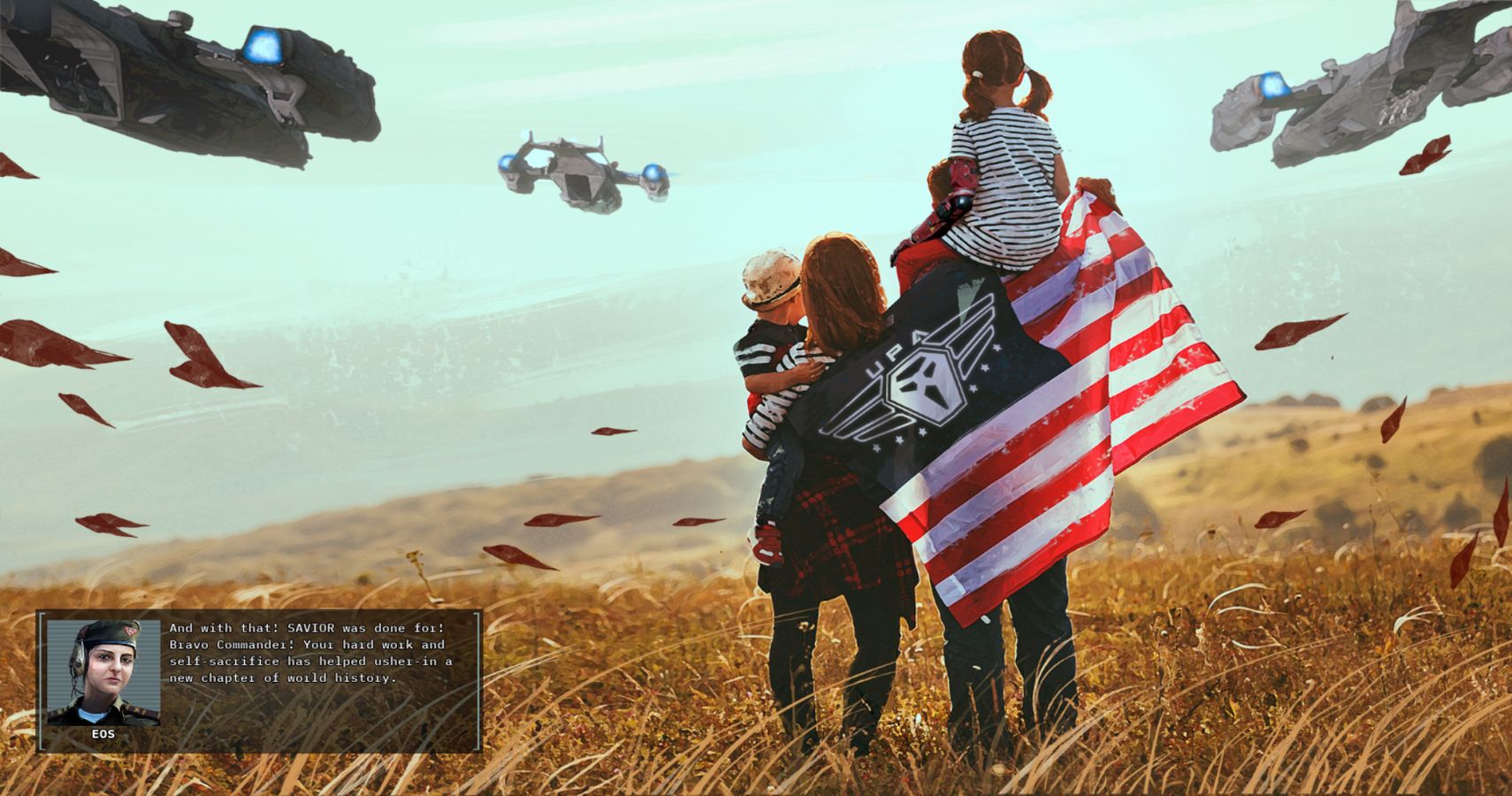 Corruption 2029’s setting is probably going to feel like pretty well-worn territory for most gamers. It’s set in the “not so distant future” of 2029 where America has fallen and been divided into two factions: the NAC (New American Council) and the UPA (United Peoples Of America.) Soldiers have more or less been turned into total killing machines and are controlled by commanders away from the battlefield. You control three soldiers from the UPA whose job is to infiltrate NAC-controlled areas to eliminate all hostiles and/or mess with their plans. Of course, in a world like this, nothing is as it seems, and it becomes hard to tell who the good guys really are.

Yes, it’s another dystopian sci-fi world featuring technologically advanced super soldiers and robots fighting each other. Corruption 2029 doesn’t do a great job of differentiating itself from other games with this setting. There are a few nice touches like soldiers discussing their army’s insane plans or radio programs in the background that hint at the sinister nature of this universe. But overall, it’s a fairly standard setting that’s been done before. It’s not done badly, it’s just not very original. 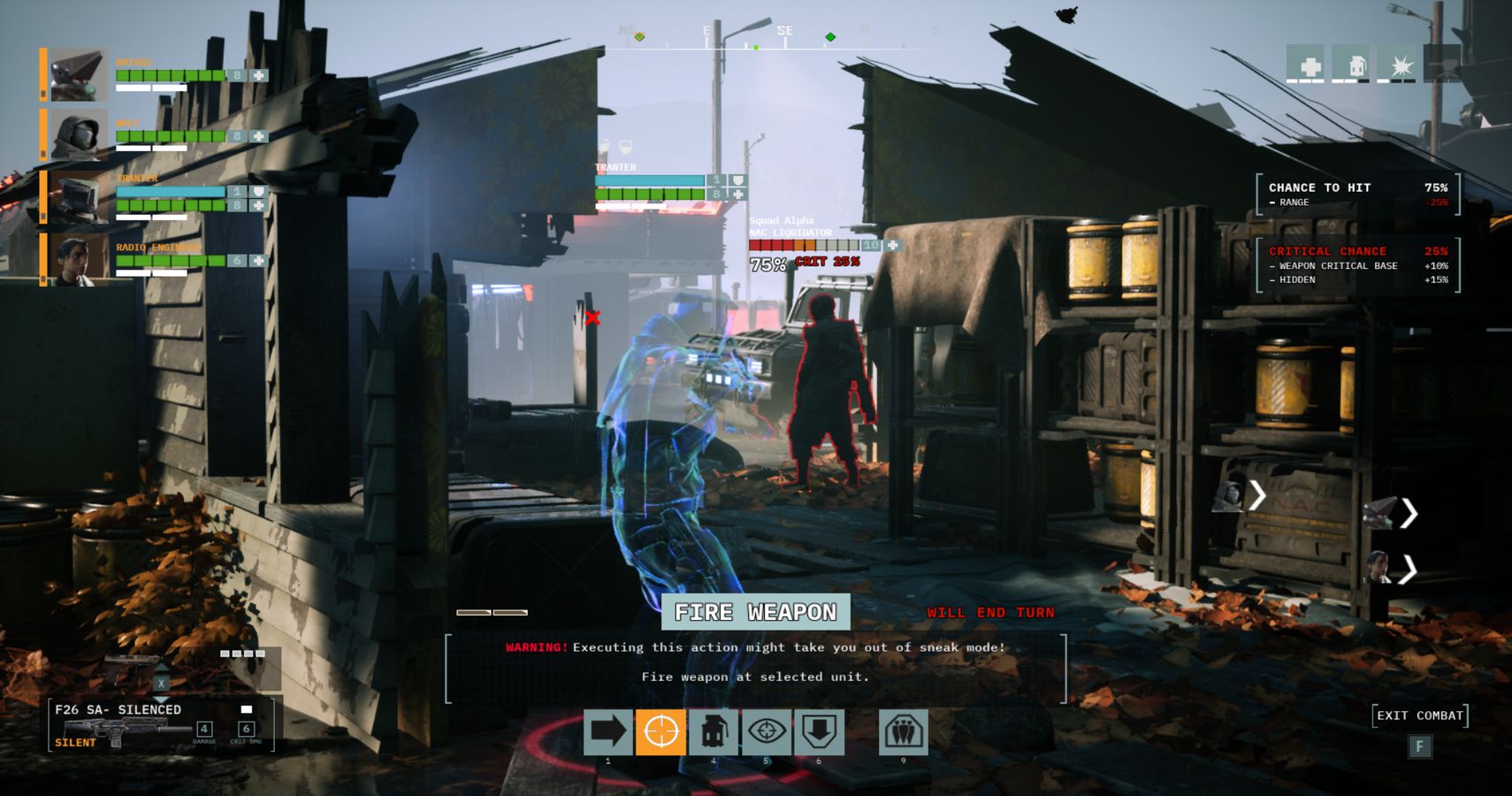 While the setting is ho-hum, gameplay is where Corruption 2029 shines. This developer knows how to make a good tactics game and playing this definitely scratches that strategic itch. XCOM veterans will feel right at home here as most of the trademark gameplay mechanics are all present. Cover-based shooting, percentages for the shots to hit and/or do critical damage, abilities that have cooldowns, the need to reload weapons, etc. All that’s needed is a few aliens and this is basically an XCOM fan game.

It does have a few special tricks to keep it from being a total XCOM copy. Corruption 2029 not only caters to strategy fans, it also has a lot of appeal for stealth fans. The squad has the ability to sneak into enemy bases completely undetected as long as they stay out of the NAC’s line of sight, which is represented by a giant circle underneath soldiers. The team can move around freely until they’re detected, so that means they can scope out the area, sneakily take out baddies with silenced weapons, and collect any medkits, grenades, or other items lying around. Depending on the objectives, it’s sometimes possible to complete a mission without ever needing to enter into a gunfight.

There are also optional objectives you can complete, and you should always try to finish them all. Not only do they add another level of challenge, but they also reward the player with extra soldier modifications or weapons. Corruption 2029 is very good about giving players new abilities, buffs, or guns, and some of them are incredibly useful.

It allows for a lot of character customization and you can practically build your own classes. For example, one soldier could use a sniper rifle along with buffs that give them a longer range for their weapon as well as more damage for having the high ground. Another soldier can jump long distances so they can get in close with a shotgun.

Putting the tactics, stealth, and squad customization together turns Corruption 2029 into a solid strategic experience. Determining which abilities work best with each gun, then silently taking out weaker soldiers in stealth mode before planning out a course of action for the actual combat is incredibly satisfying. Any gamer who enjoys taking their time to think about how they’re going to tackle a situation should find a lot to love here. 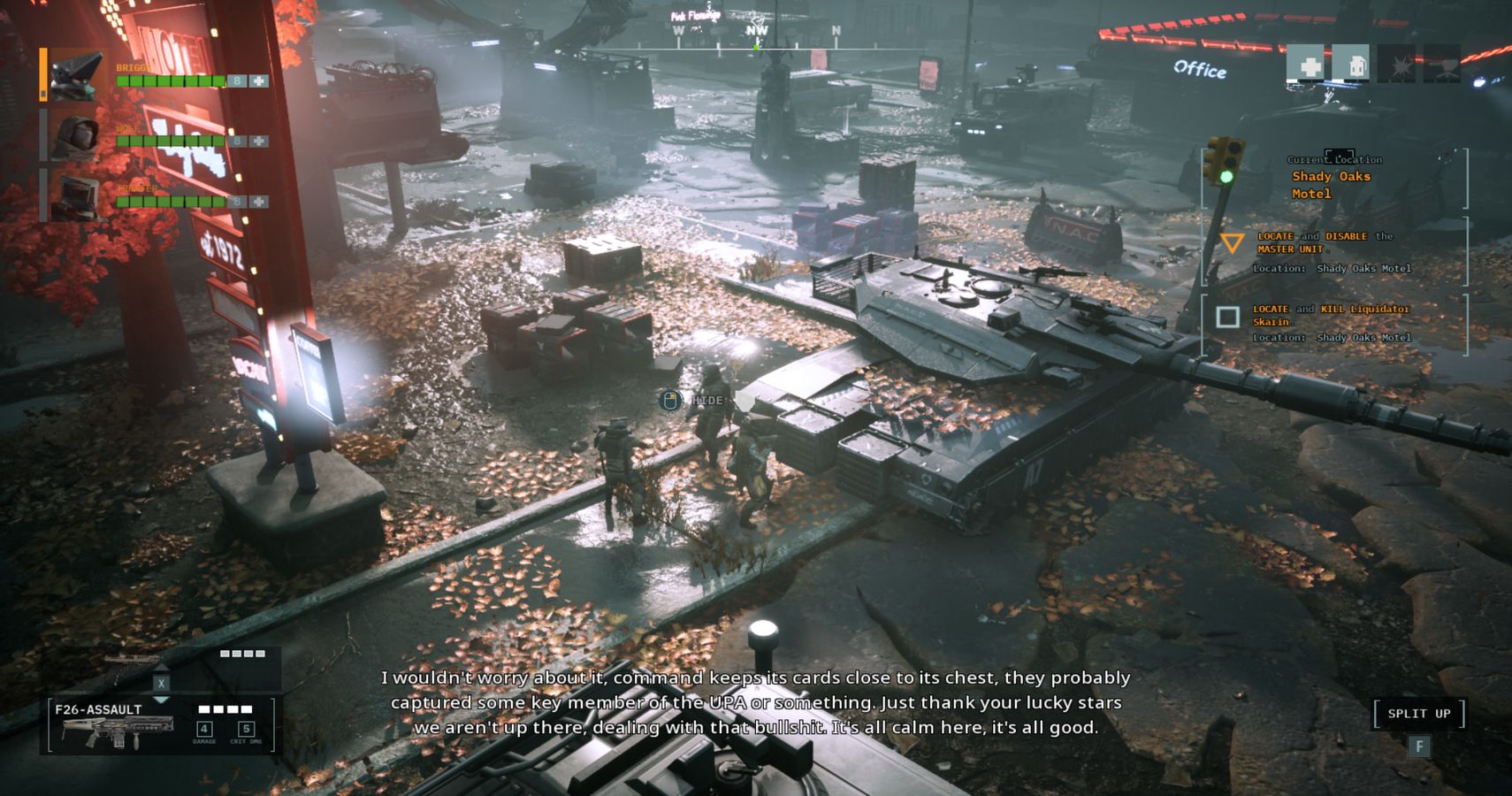 While the stealth aspect of Corruption 2029 is enjoyable, the enemy A.I. isn’t exactly the brightest when it comes to recognizing trouble. They walk in predictable patterns making it easy to determine the best opportunity to shoot them. If an enemy is shot in plain sight of a fellow soldier, then that will set off alarms, but once their back is turned and they’re a decent distance away, bad guys can be picked off without anyone raising an eyebrow. Enemies will even walk by the corpses of their comrades with nary a hint of concern.

Along with low intelligence, enemies also seem to suffer from bad hearing. Soldiers can be executed with non-silenced weapons, and as long as no one is close by, nobody seems to notice. Perhaps it’s asking a bit too much for enemies to be able to tell when they’re quietly being taken out one by one, but a higher soldier I.Q. would have made things more difficult and forced the player to come up with even better strategies.

Much like the story and setting, the art style is also pretty bland. The design for the soldiers looks like they would be right at home in a Destiny or Warframe-type game. The outfits involve a lot of grey metal, cloaks, hoods, and strangely-shaped pointy helmets.  As for the levels, they look good graphically, but they’re not particularly memorable. The lack of interesting scenery or characters is pretty disappointing considering that The Bearded Ladies’ previous game was Mutant Year Zero, a game about duck and pig people. Compared to that, Corruption 2029 looks like a routine, standard dystopia.

XCOM Give It To Ya 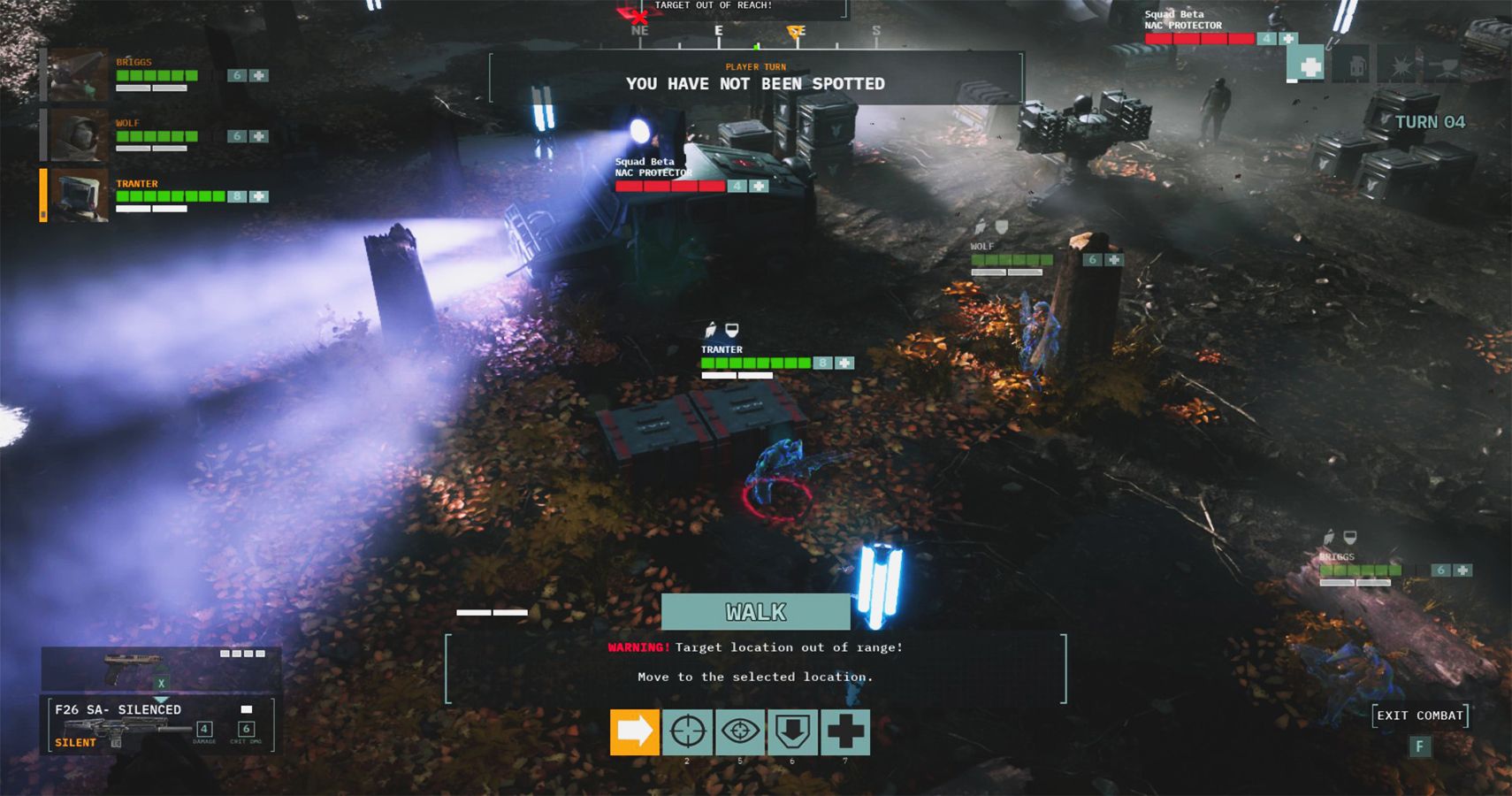 There’s fun to be had in Corruption 2029, but the world itself doesn’t do a lot to encourage the player to press on. There are dozens of games or films about the fall of the USA, and a fair amount of them have much better takes on the material. Which is really disappointing, because with a better story and a more intriguing setting this could have been a really great game.

While it may not be narratively compelling, the game itself is rock solid. Corruption 2029 is a good pick for strategy and stealth fans. Just don’t expect to care about the characters behind the futuristic warfare.