Like always, Lord Saladin is back in Destiny 2’s Tower for Season of the Undying. This time, Iron Banner’s host has a new questline to earn Iron Banner items. If you’re in a competitive spirit, this quest is the best way to earn rewards from the monthly Crucible event.

Keep in mind that some of Destiny 2’s best weapons, like the Swarm of the Raven grenade launcher, only come from Iron Banner. If you want to turn in your Iron Banner tokens, you need to complete the quest first. Saladin won’t let you claim any of his engrams until you beat Scour the Rust.

Here’s how to complete the Scour the Rust quest in Season of the Undying. 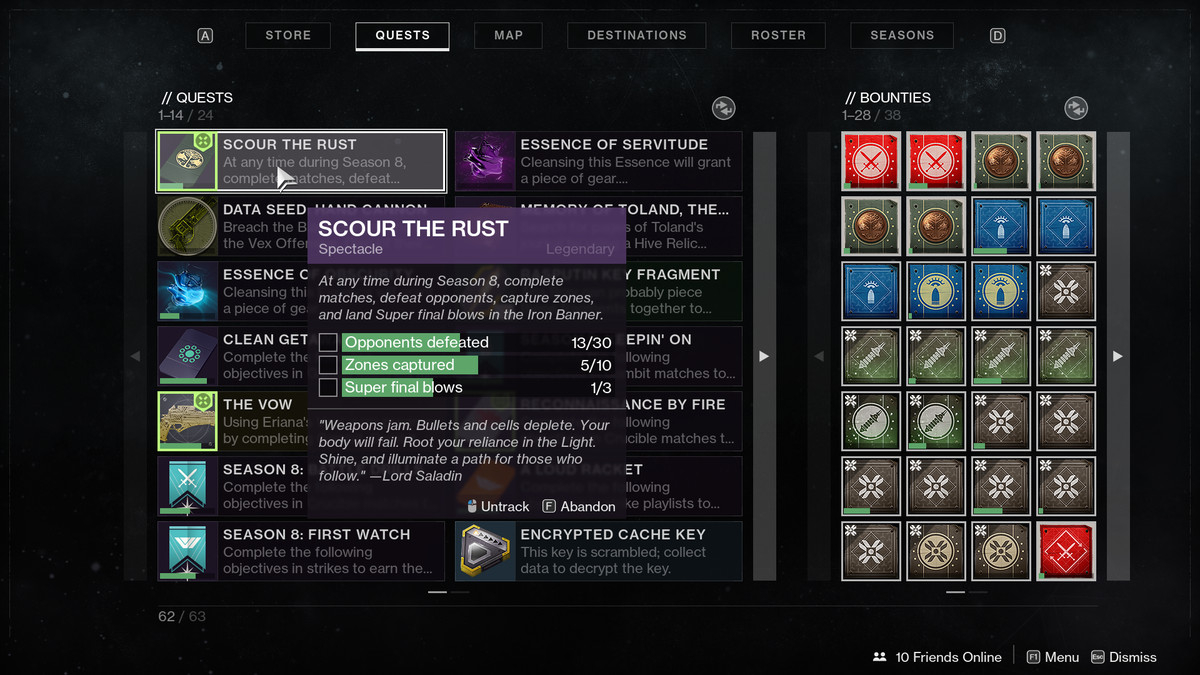 To get this quest, you need to talk to Saladin in the Tower during the Season of the Undying.

The steps for this section are very easy, and you need to complete them all in Iron Banner matches. You keep your progress from match to match.

Here are the steps for Spectacle: 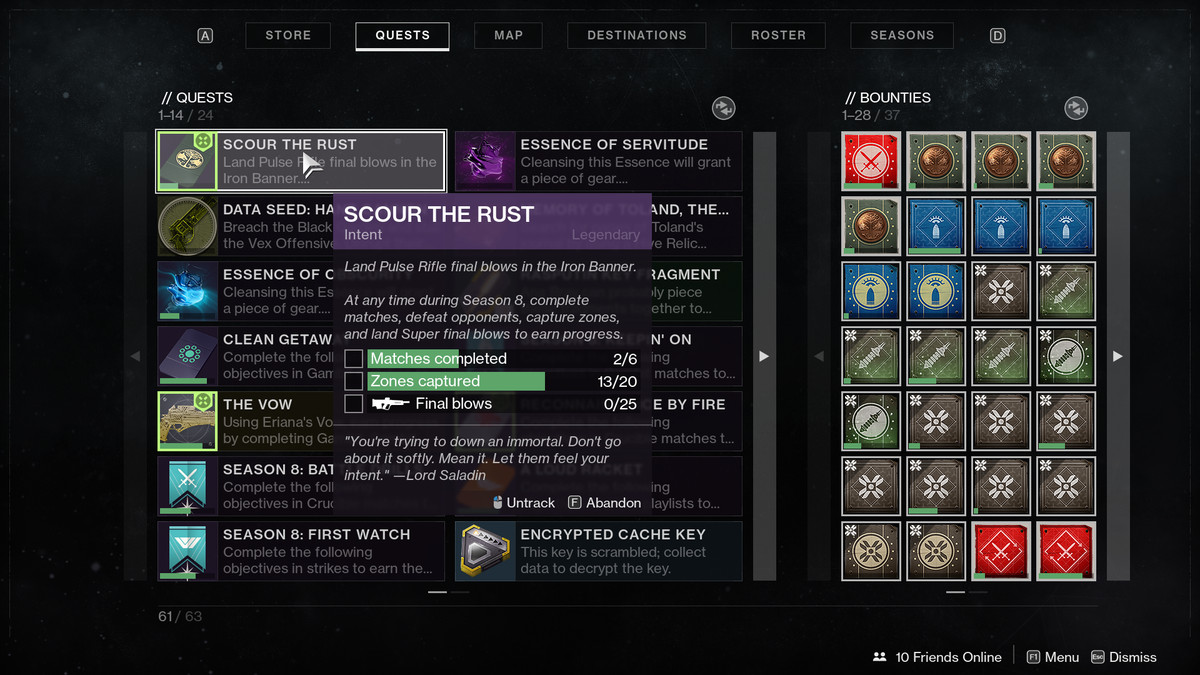 When you finish Sentiment, you’ll immediately move onto Intent — no need to visit Saladin. The objectives for all of these quests aren’t linear, meaning that you’ll likely have already completed certain objectives before you get to them.

Here are the steps for Intent: 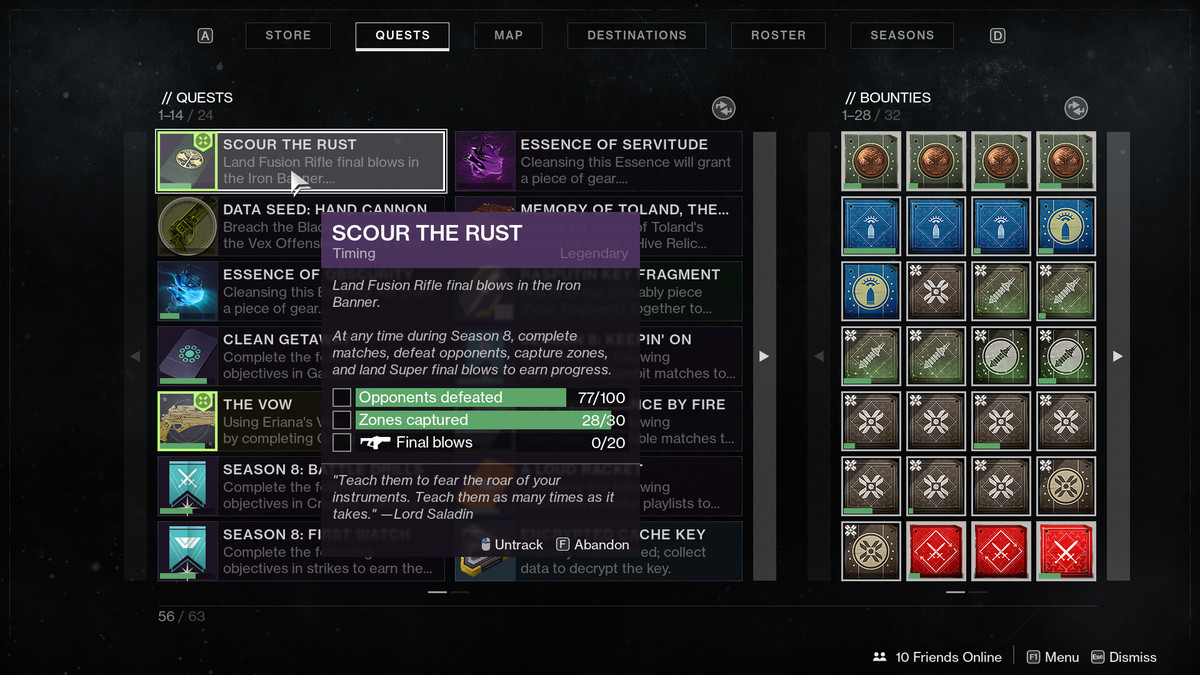 You’re done with Iron Banner for now. Return to Lord Saladin for your final reward. Congratulations, now you can turn in all of those Iron Banner tokens you earned for even more loot.

We’re still working on the quest ourselves. The last three steps are from Light.gg, a great site for datamined Destiny info. We’ll update our post as we verify for ourselves.