While Final Fantasy VII Remake spared no expense when it came to updating its graphics—as Cloud’s sparkling HD pores can testify—it invested far less into its costume design. Namely, they failed in making Tifa’s three dress options for infiltrating Don Corneo’s mansion actually palatable. People have been debating which dress is best since the remake came out, but controversial take? They’re all bad. 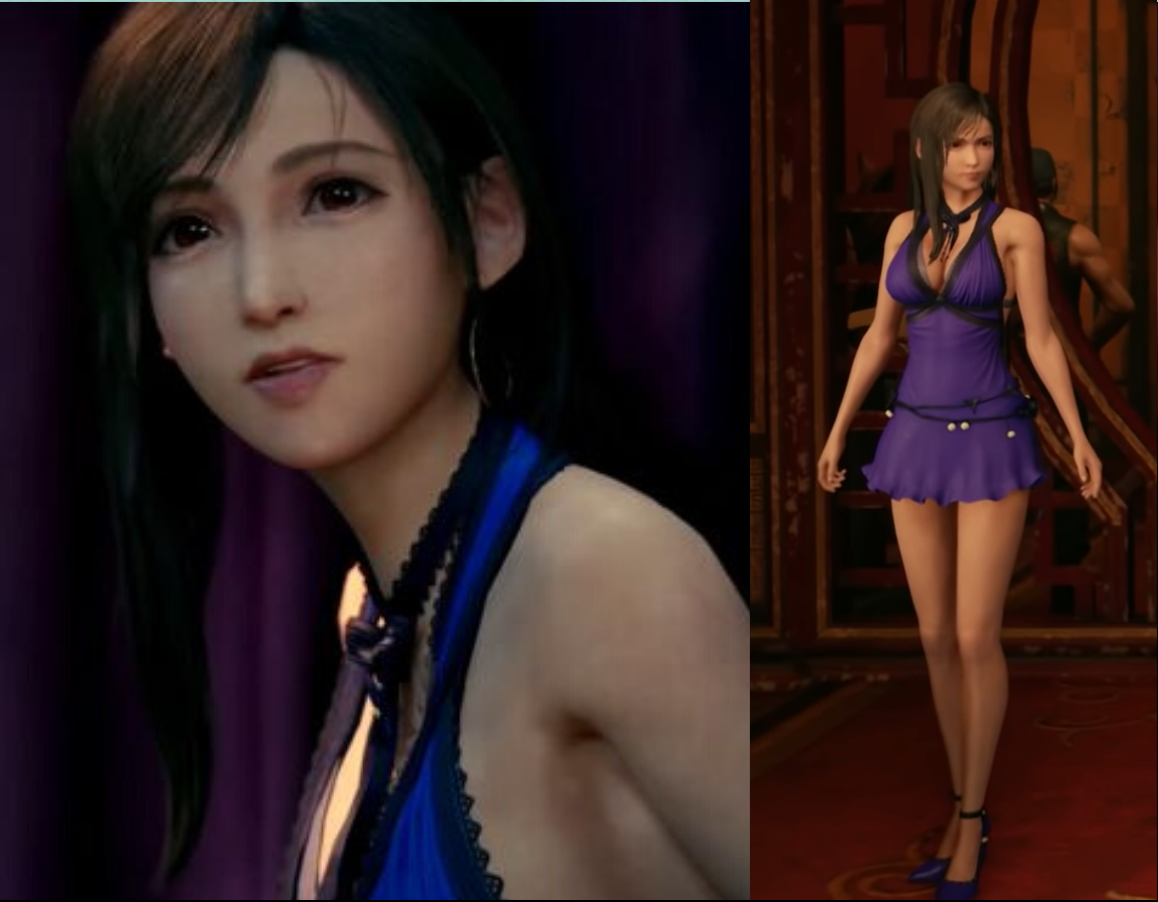 Let’s start with her mature dress. It looks someone couldn’t decide whether they wanted the dress to scream “recently-widowed vamp” or “night out at the city’s classiest nightclub” and went for the best of both worlds, only to land somewhere in the vicinity of “base game Sims 4 lingerie that people pretend to find sexy.” And where is her breast support? You’re telling me she’s running around kicking goons in the face with just a strip of cloth around her neck holding those double Ds up? Miss Lockhart, your titties! 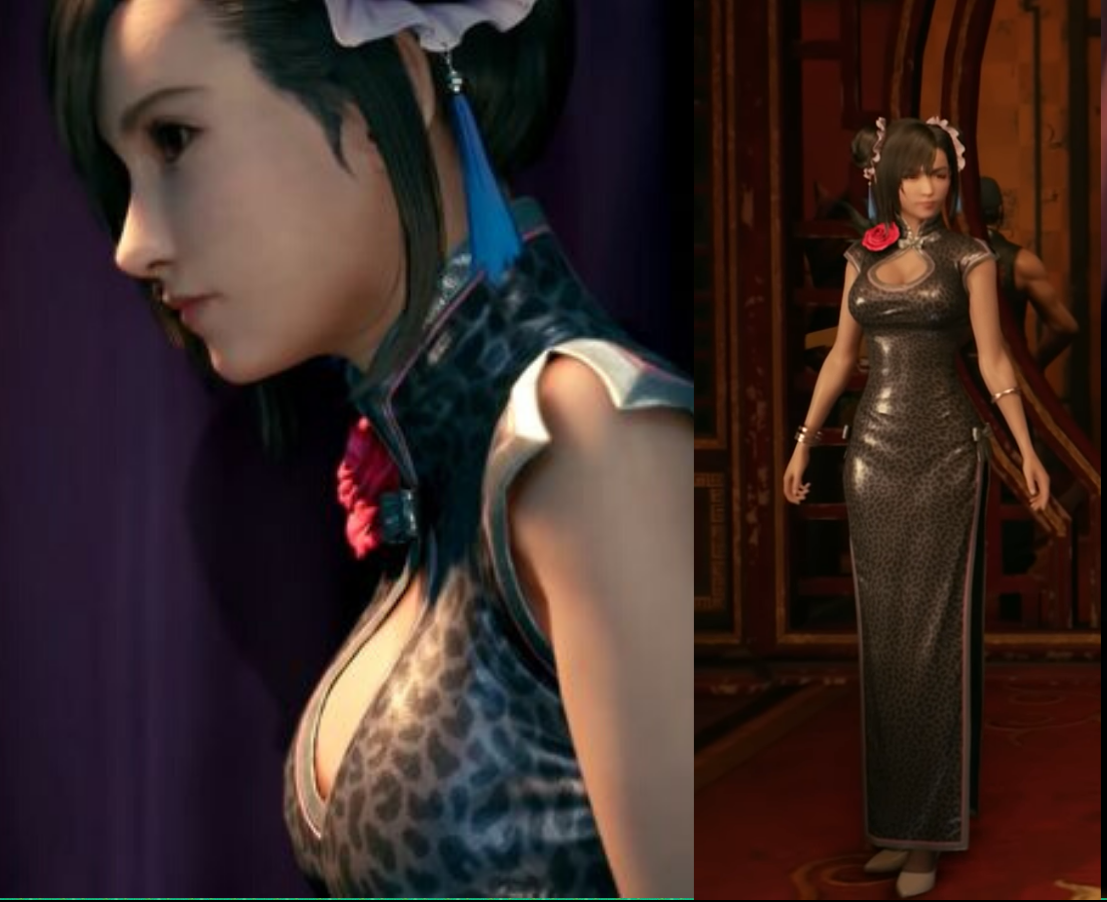 Then there’s her sporty dress. Plenty of gorgeous traditional patterns to choose from, but nope—Square Enix just had to have its Kardshian-esque leopard print. In what world would that dress be considered sporty? Street Fighter, apparently, but a quipao or cheongsam does not athleisure make, no matter how iconic Chun Li is. Forget kicking, just sitting in a quipao is a pain. And considering Japan’s horrible treatment of Chinese women, well… let’s just say there are much better ways to do ‘sporty’ than weirdly fetishize traditional garb from one of the countries that Japan has done vile war crimes against. 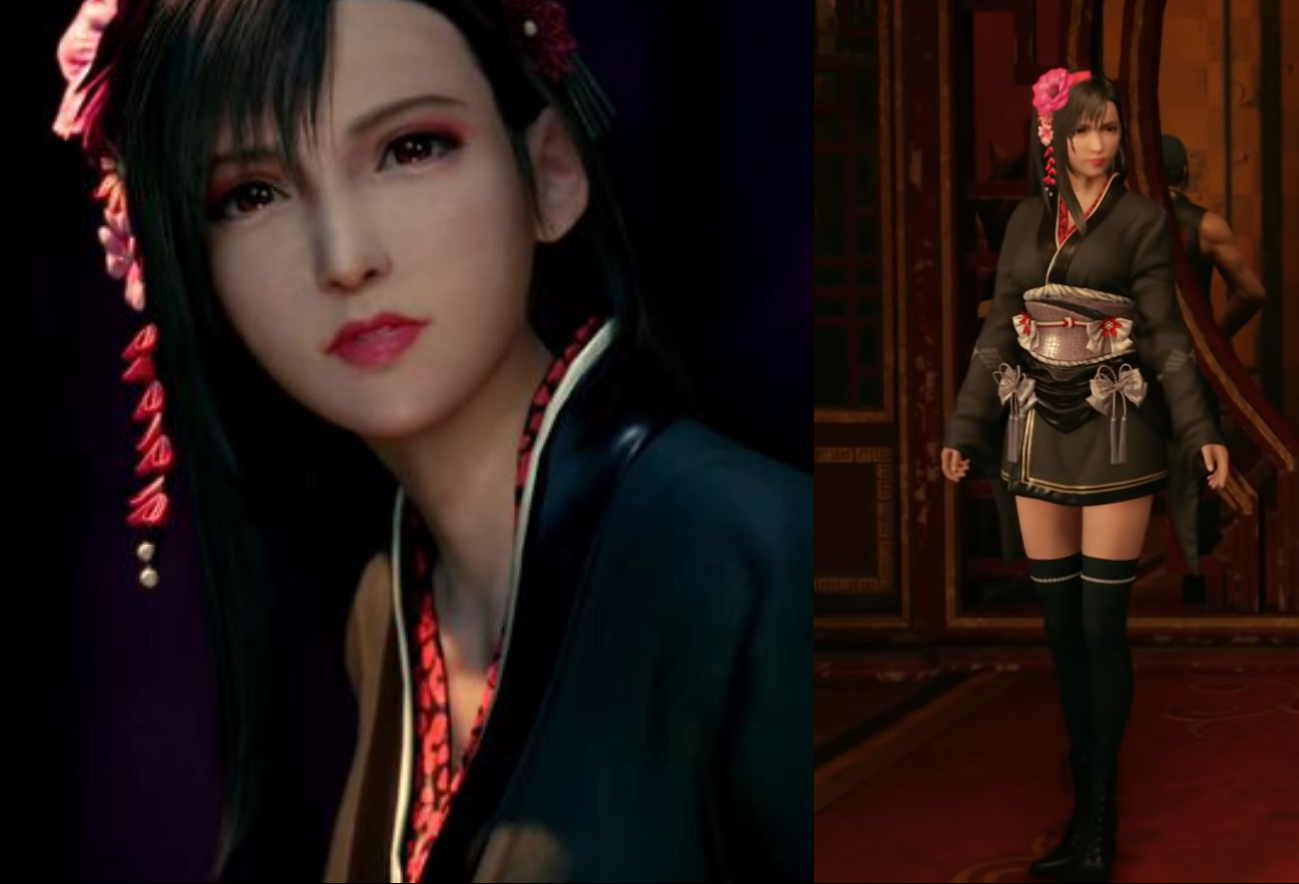 And finally… Tifa’s exotic dress. Well… I mean, I guess you could make a case that it’s less fetishistic because Square Enix is a Japanese company? Considering the competition, that’s like stepping over a bar on the floor though. The dress is a bastardization of a kimono, the kind of thing that American wholesale costume stores feel is okay to sell to people willing to drop sixty bucks on for their Oriental-themed Halloween party. Tifa’s garish lipstick really stands out in this dress, too. Come on queen, at least put some color on your cheeks. Cloud did!

Out of the three options, Tifa’s mature dress ends up being the most tolerable by virtue of the fact that its main crimes are looking horribly ugly and lacking cup support. The other two are not only horribly ugly, they’re also varying degrees of culturally insensitive, which makes them as hard on the stomach as well as the eyes.