Long before I evangelized Final Fantasy 14 at every chance, it was Final Fantasy Tactics I was in love with. While not quite as enchanted with the Ivalice of FF12, I spent years playing Tactics over and over again. It was my first, and favorite, tactical RPG. Its political intrigue and complicated cast of heroes easily withstood the test of time, and even by modern standards, it’s a game I’m quick to recommend. So now, every time I queue into 24-man raids, I cross my fingers and hope one of Final Fantasy 14’s Ivalice quests are assigned to my Warrior of Light. While these games don’t play similarly at all, Final Fantasy 14’s modern reimagining of Ivalice has me craving a new Tactics game.

It’s not that Final Fantasy 14 carelessly drops Ivalice and its citizens into Eorzea, but it elegantly ties them in, canonizing the story of Ramza and Delita into 14’s world. In this version of Ivalice, the tale of the Zodiac Braves is a legend whispered among its believers. The events of Tactics are recorded in the form of a play written by Jenomis cen Lexentale, who has two children – Ramza and Alma. But no, not that Ramza and Alma. This is Ramza bas Lexentale, who was named after Ramza Beoulve by his father in an attempt to preserve the original history of the Zodiac Braves tale. Their namesakes serve as a constant reminder of his work passing on the legend. Still with me? 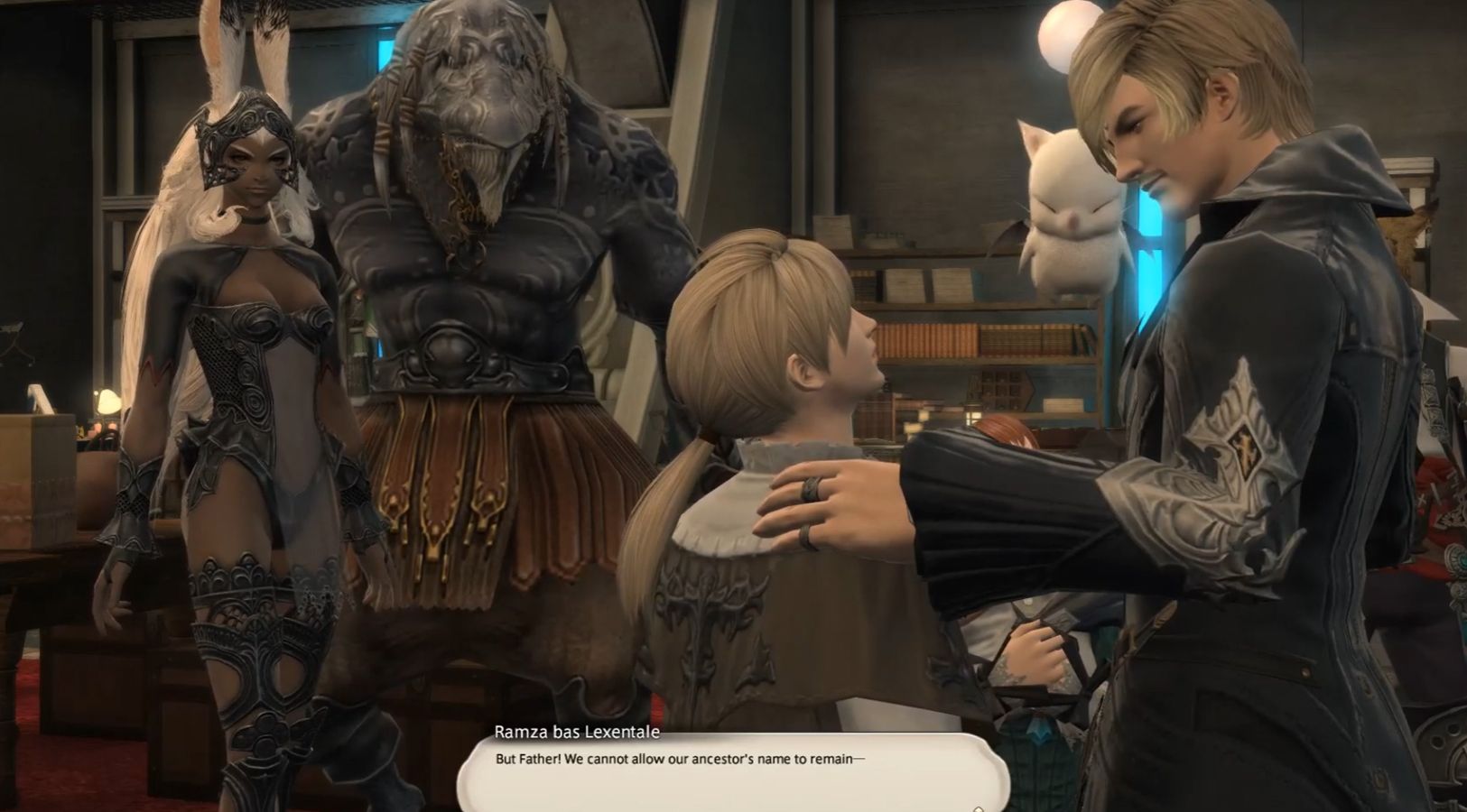 Anyway, a lot happens to the Warrior of Light after agreeing to help Ramza and Alma find their father, Jenomis, who goes missing early on. You head to Rabanastre in an attempt to uncover what exactly is happening here, and quickly realize that the play Jenomis wrote really is based on a true story – this wasn’t a man gone mad. I’ll spare you the detailed essay on what happens, but the point I’m making is the intrigue and drama Final Fantasy 14 reintroduces here feels like a slice of Tactics’ brilliance bottled up. It captures much of the magic and thrill I experienced over 20 years ago on the PlayStation.

And now, as I run through the three-part raid series in Return to Ivalice, I realize how badly I want to return to this world as a Tactics reimagining. While the addition of Final Fantasy 12’s elements in the series were great – it was my appreciation for Tactics that kept me so engaged. Prior to Square’s launch of Final Fantasy 7 Remake, I rolled my eyes at the begging from fans to remake some of the classics, but now I’m one of them. After seeing how a modern reframing can really flesh out and build upon some of my beloved classics, I’m more open and even excited by the prospect of going back to these worlds. 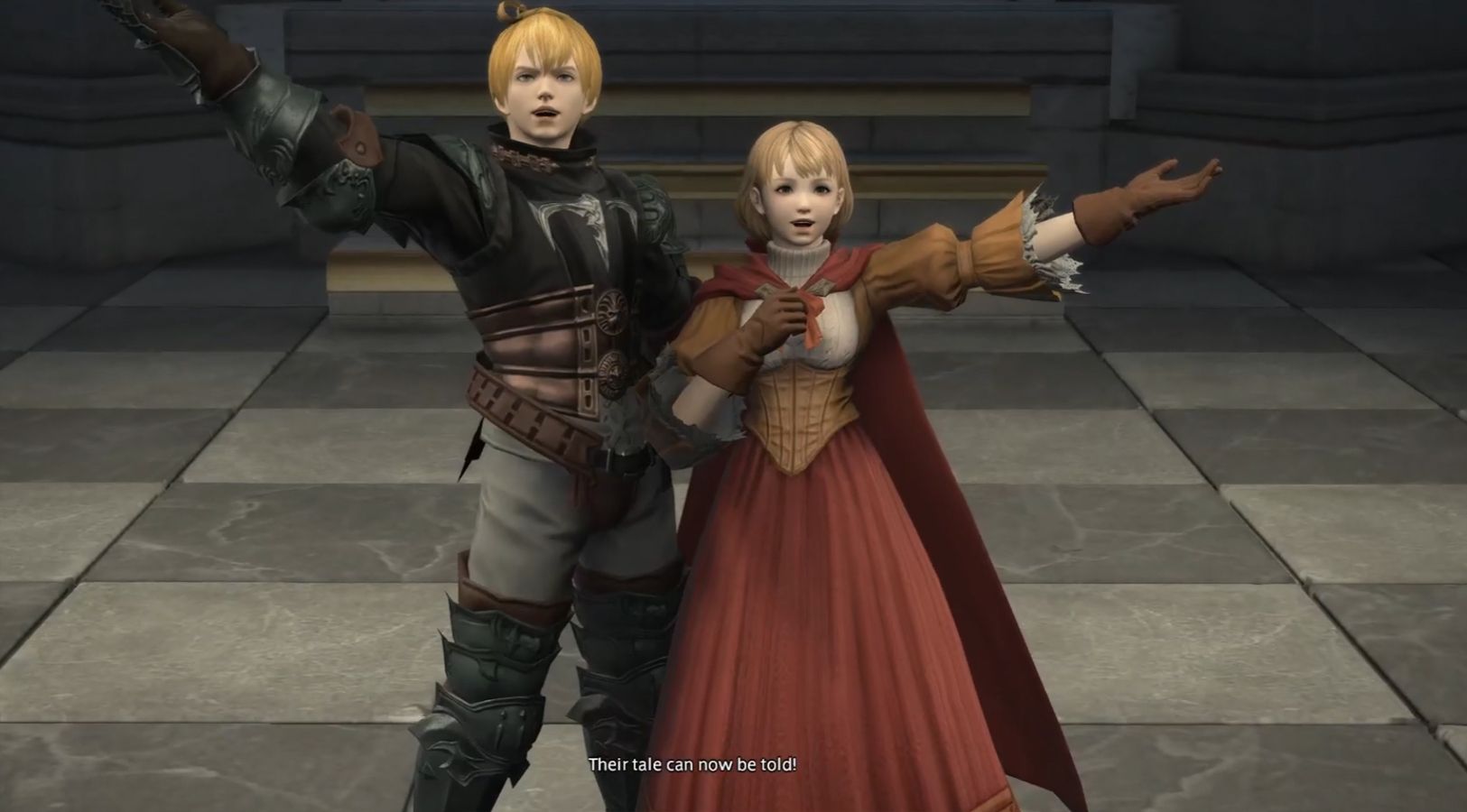 Final Fantasy 14’s story in Return to Ivalice is even written by the Tactics director and writer himself, Yasumi Matsuno. It’s no wonder how the MMO manages to capture all of the charm of the original. The two have seamlessly fit together in a way that’s so good, I want a world that looks like this to narrate the original again. Give me the thoughtful, Chess-like combat, the intense dance of Ivalice’s politics, the love story, all of it. I sincerely miss Tactics, and I can think of no better way to honor it now than to ask Matsuno to come back again and give us another tactical adventure in the form of a modern take on his work from decades ago.