Square Enix has released a selection of new screenshots and renders for Final Fantasy 7 Remake Intergrade, and they all focus exclusively on characters, content, and locations that weren’t present in the PS4 original.

It’s the sort of ambition that you seldom see in conventional remasters, which are often happy with doubling performance and bumping up the resolution before calling it a day. Intergrade is going one step further, acting as a middle chapter of sorts between the first entry and its upcoming sequel.

Mystery still surrounds the latter and what exactly it might entail, but with the arrival of this remaster, the path ahead is becoming a little clearer. We’ve taken a gander through all of the latest assets and made a number of observations about Yuffie Kisaragi, Dirge of Cerberus, Fort Condor, and beyond. There’s a surprising amount to dig into, so let’s get started. 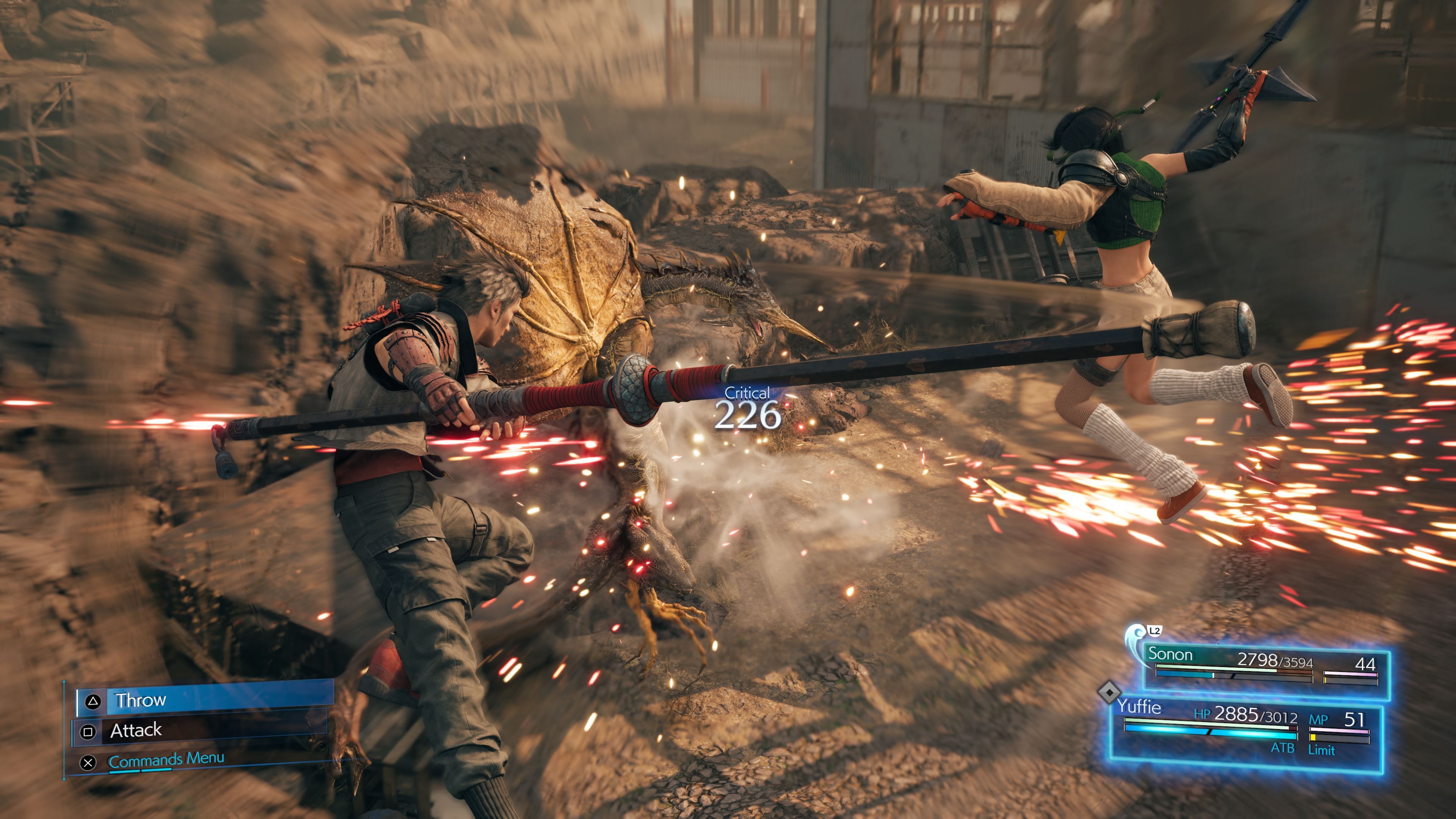 Final Fantasy 7 Remake Intergrade will launch with an additional episode of content known as ‘Intermission,’ which will focus on Yuffie Kisaragi as she finds herself exploring Midgar in search of materia and other precious loot. However, the young ninja isn’t alone, and will be accompanied by a new character in the form of Sonon.

He isn’t playable, instead acting as a party member who will play a passive role in battle. Like any bossy teenager, Yuffie can order Sonon around with a press of the L2 button, allowing him to perform special attacks and stagger enemies so they are left vulnerable to higher amounts of damage. The duo can also perform synchronised attacks as they leap into the air before unleashing chaos from above. I imagine Intermission isn’t incredibly long, so a single protagonist will allow for enough progression without going overboard.

Similar to how Red XIII was a guest character, there is always a chance that Sonon will be fleshed out in later entries. I’m curious if Intermission will conclude with Yuffie meeting up with Cloud and company, since in the original game she is a completely optional character, a fate that is being rewritten alongside a number of other factors to ensure she is relevant in the Remake trilogy, or however many games they end up making.

Scarlet and The Crimson Mare 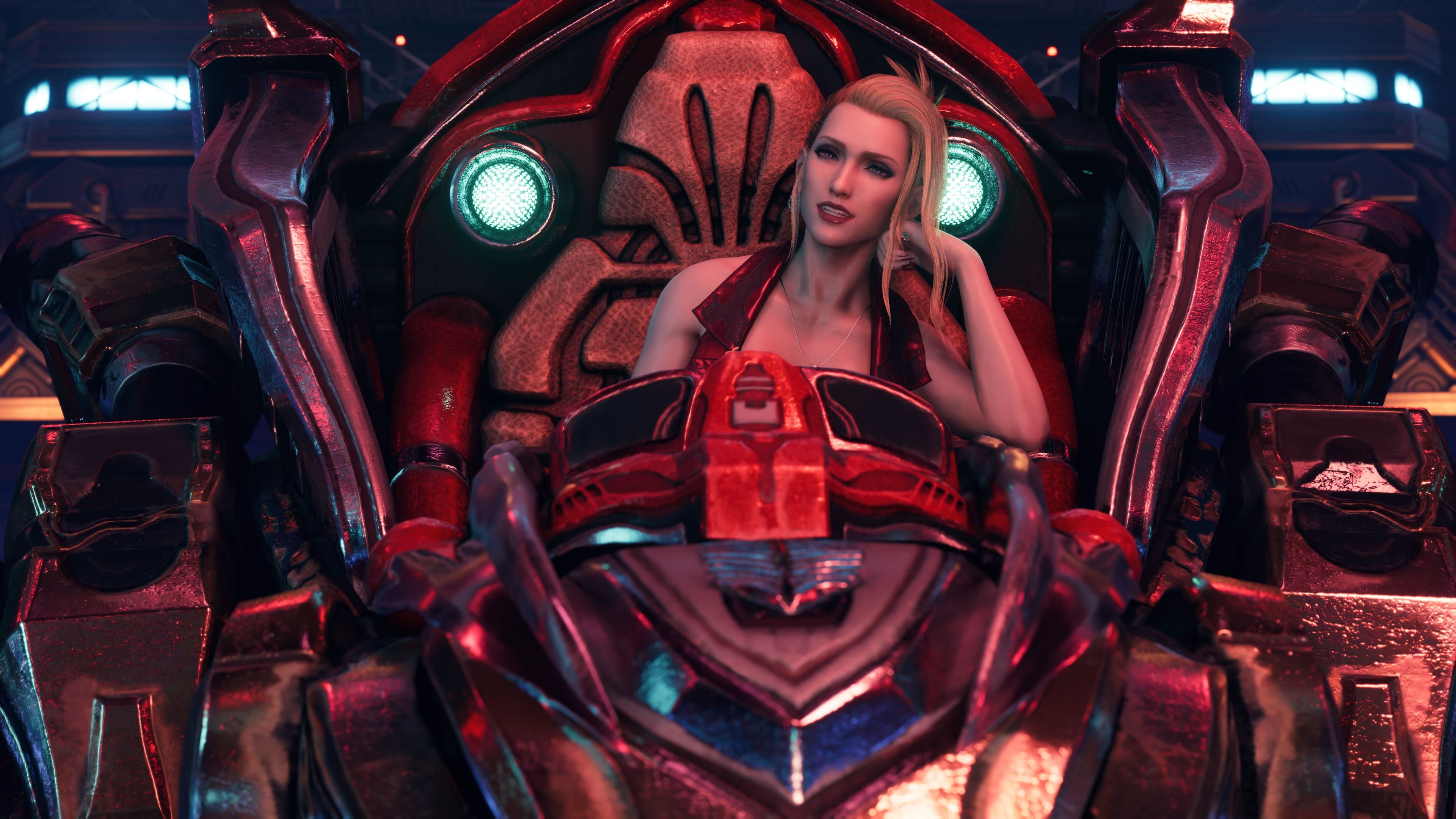 Scarlet is taking a break from stepping on the men beneath her and being an evil corporate fascist to hunt down Yuffie Kisaragi in Final Fantasy 7 Remake Intergrade, and she’s even brought a fancy mech with her to cause some trouble.

As the director of Shinra’s Advanced Weaponry Division, Scarlet finds herself having to eliminate Yuffie and Sonon as they infiltrate her facility in search of the Ultimate Materia. We’re not entirely sure what this object is capable of, but it’s supremely valuable and that’s more than enough reason for Wutai to snap it up.

Our prediction is that she will act as a primary antagonist for Intermission, receiving her own dose of character development while pursuing our heroes through a sprawling new location. Many of the battle screenshots have Yuffie going up against fanciful robots that bear a striking resemblance to The Crimson Mare, so there’s certainly a theme of sorts arising. Remake did a fantastic job with boss encounters on a massive scale, so with the power of the PS5 behind it, we hope Intergrade takes it all one step further. 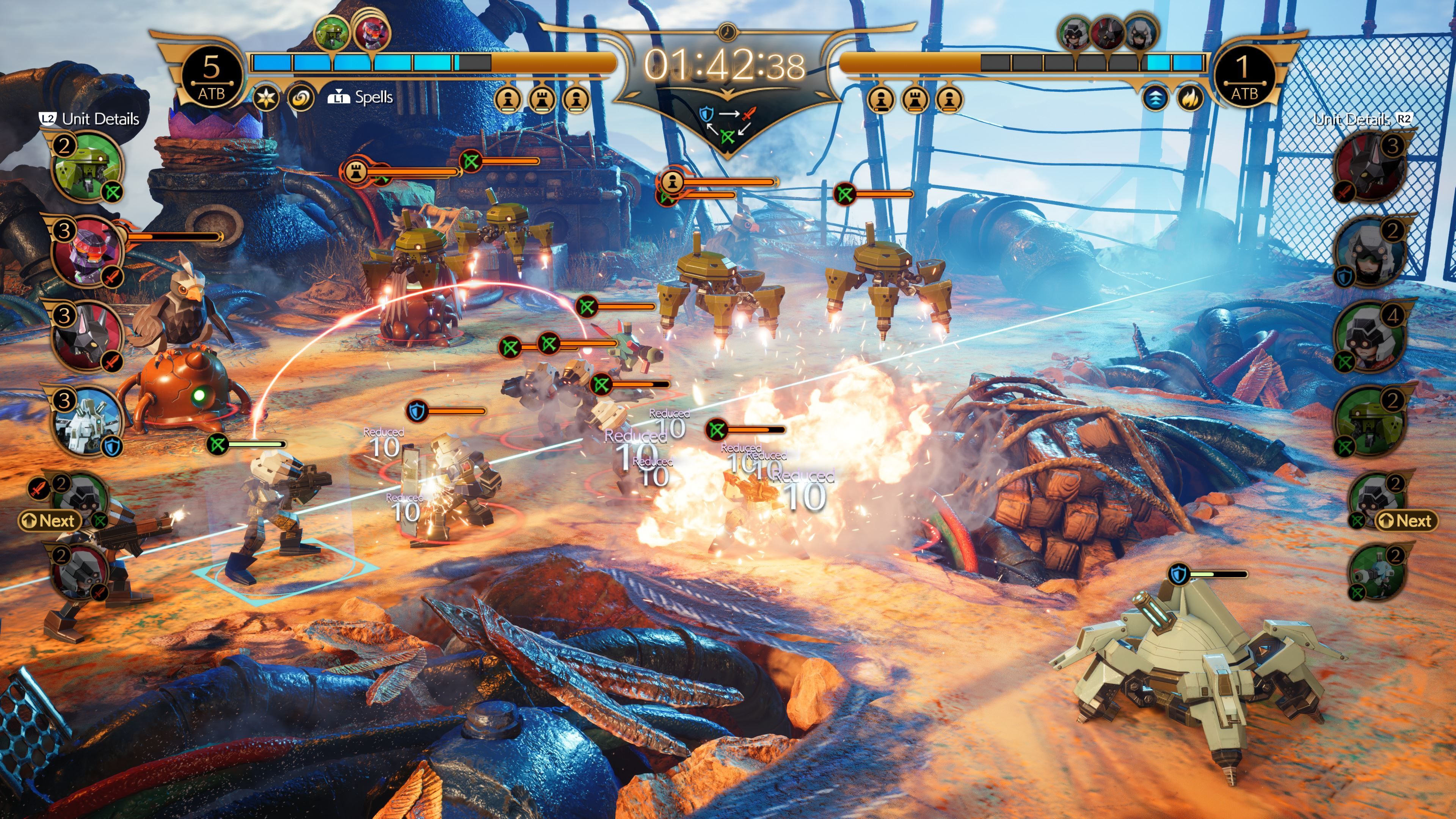 Acting as an optional, and rather messy, strategy game in the original Final Fantasy 7, it appears that Intergrade is going to flesh out Fort Condor by quite a significant amount. It’s making a return with Intergrade, although you won’t actually be entering the area itself, given it was originally located on its lonesome amidst the world map. Instead, it will act as a virtual boardgame you can interact with inside the world of FF7 Remake. Functionally it will once again be a stylised experience where you command a selection of units across a diverse battlefield, using strategy to fight through waves and waves of enemies.

Emerge victorious by defeating the leader and you will be rewarded with a unique materia for use in battle – we also wouldn’t be surprised if hardcore players can also earn a few other bonuses for their troubles. It looks gorgeous, taking the beloved 3D models of the PS1 classic and adapting them into modern sprites that are positively bursting with personality. It remains unclear if the sequel to Remake will include a traditional map, so this is an effective way to translate aspects of the original game and expand upon them.

Nero and Weiss From Dirge of Cerberus 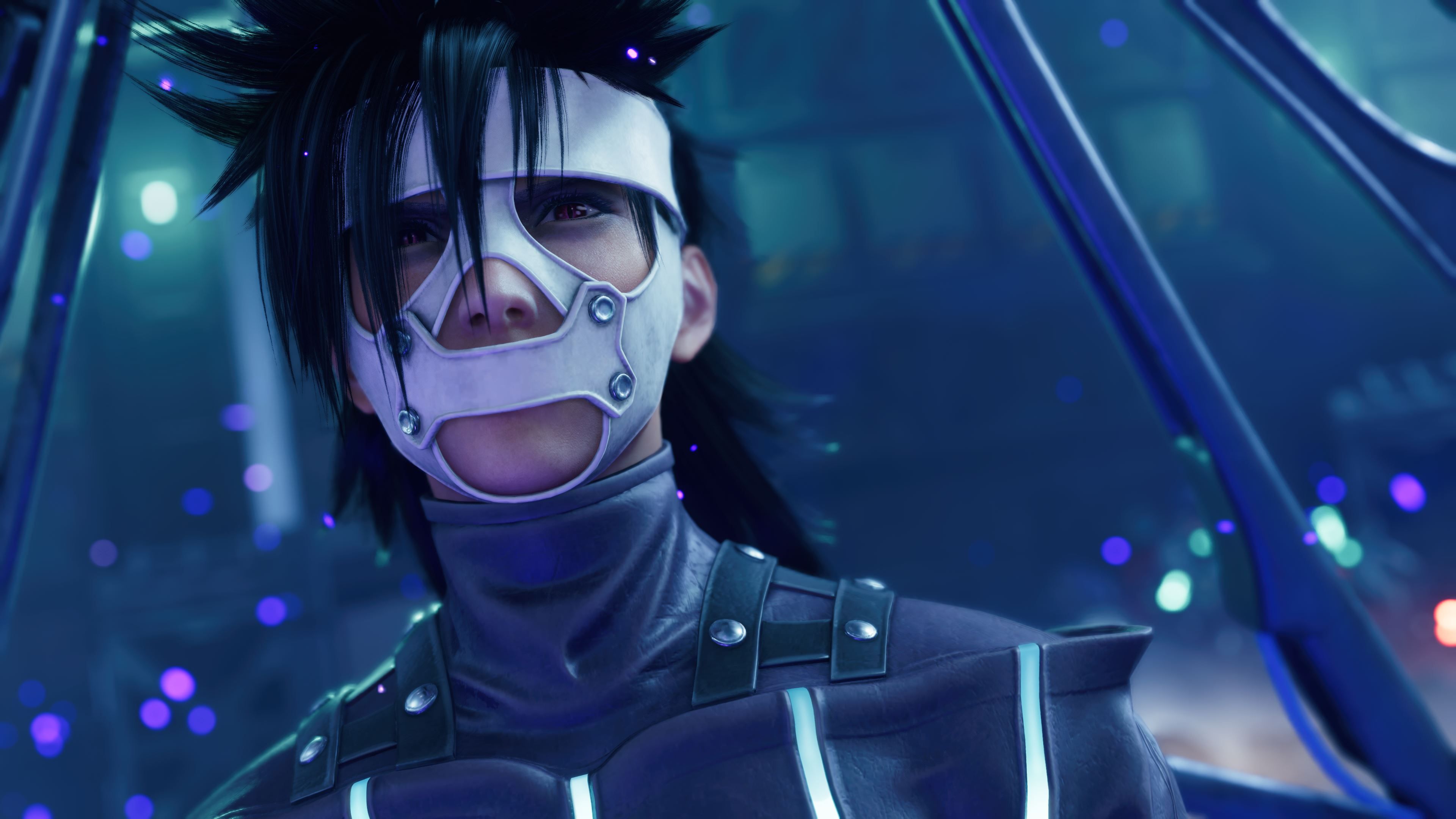 Square Enix is poised to take Final Fantasy 7 Remake to some wild places, and Intergrade is already starting to tease some elements of the sequel and how it will incorporate the likes of Advent Children, Crisis Core, and even Dirge of Cerberus. Yep, the mediocre shooter from 2006 is being warped into canon, and this transformation is set to begin with Intergrade. One of the screenshots features Nero, a member of Deepground who works alongside Weiss, a villain who was featured in an earlier trailer for the upcoming remaster.

It remains unclear if Weiss and Nero will be incorporated into the main narrative or will simply act as optional boss battles and a playful reference for hardcore fans. We haven’t caught a whiff of Vincent Valentine yet, so it’s even more unusual that some of his biggest adversaries are seeing the light of day first and foremost. We’d be happy with either, but part of us wants to see Intergrade venture into new realms of JRPG stupidity.