“It’s not Dimitri’s specific traumas that I relate to, but I think that we’ve all been through feeling conflicted inside.” Chris Hackney, voice actor behind Dimitri from Fire Emblem: Three Houses, describes. “So, I felt like there was a lot to hold onto. I loved him from the moment I got the first audition for him—from seeing the pictures on the script to realizing he’s going through this change and has this buried, deep anger in him. He has this sadness and suffering that was easy for me to understand and relate to.”

It was clear right away that Hackney had a personal connection to Dimitri. Considering that Dimitri is a top contender for most emotionally-driven character in Three Houses, I was pleased to hear that the actor who brought Dimitri to life had the emotional capacity to match. This became even clearer as I listened to Hackney discuss his favorite scene to record. He explains that the post-Gronder scene in which Rodrigue sacrifices himself to save Dimitri will always be his favorite. Dimitri falls apart over the fact that he’s spent all of his time focused on revenge and what he must do for the dead, but as Rodrigue is dying, he tells Dimitri that Dimitri must live his life for himself. “There are vocal techniques to make things sound a certain way, but when watching the playback of this scene, I realized that I did this crying voiceover that I didn’t even try to do. It just happened because the feelings became overwhelming.”

Not only did Hackney experience unexpected emotional turmoil during the recording of this scene, but he switched from speaking about Dimitri in third to first person part of the way through his recollection. “This was my second father, who’s now been taken from me, too,” Hackney says of Rodrigue. “What was the point of everything I’ve done? It’s cost me everything. What am I doing?” The way that Hackney was unaware of this switch told me everything I needed to know about how deeply Dimitri resonates with him. I went back to listen to this scene again after the interview with Hackney’s words in mind and was blown away by how utterly clear the passion and devastation were coming through his voice.

Unsurprisingly, recording such an emotional role wasn’t without its tolls. “It was a lot, going through all those feelings and stuff, even crying in the booth during recordings,” Hackney admits. “After we’d finished an emotional segment like that, I’d have to take a 15-minute break. It definitely felt like a lot was going through my brain the whole time.” Hackney says that to this day, Dimitri has been the most difficult role for him. Considering how easy he found it to relate to the character, this speaks volumes about the considerable impact that being in Dimitri’s mindset had on Hackney. 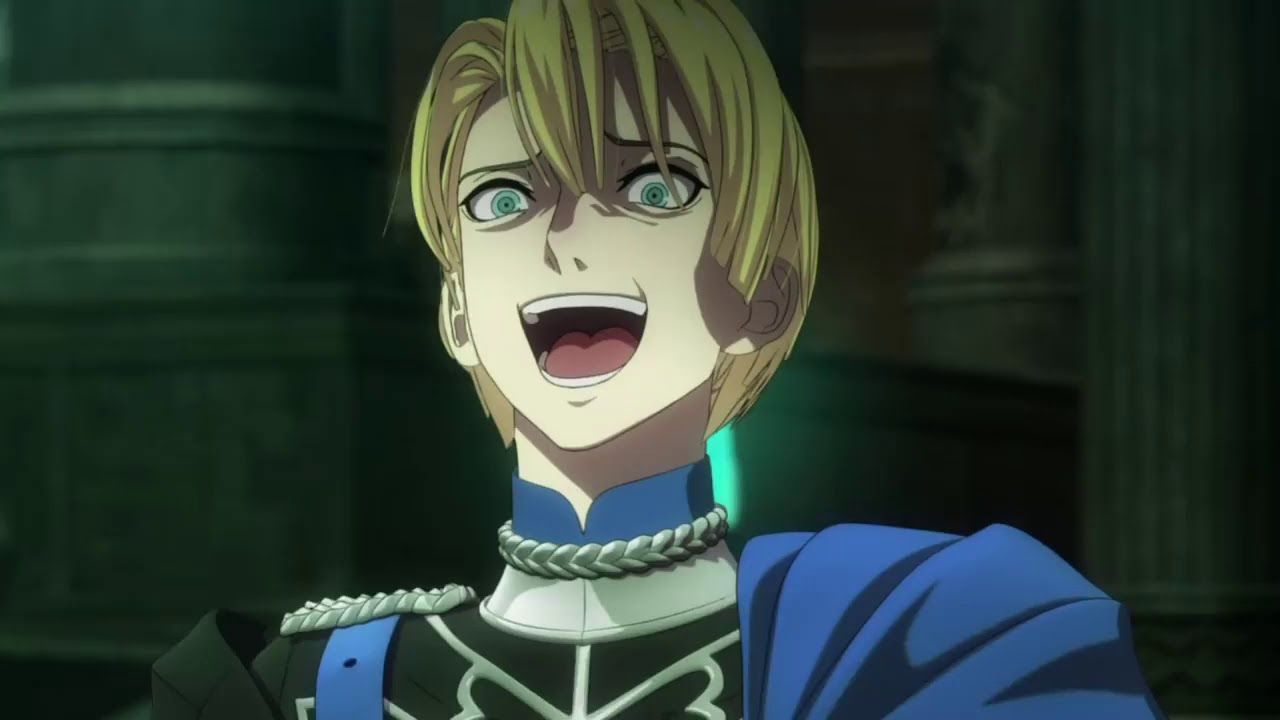 While other voice actors have described knowing their role thoroughly before sitting down to record, Hackney describes his experience playing the part of Dimitri as if they were going through everything for the first time, together. “We went from the beginning of the story all the way through, so I was basically on the journey with him. They would tell me some things along the way, but I also had to deduce things, so it was quite real to me.” As an example, Hackney explains that as they were going through the dialogue when they were talking about how the Flame Emperor had dropped the dagger, he had already recorded the scene about little Dimitri, who’d given that dagger to El in the past. “So, as I’m recording, I was suddenly thinking, ‘Wait a minute…’ So, it was cool to go on that journey with him.” If you combine the authentic emotions with the fact that Hackney was given the opportunity to come to traumatizing realizations for Dimitri as he went through the recordings, it’s no wonder he was able to do such exceptional work.

By this point, Hackney had me entirely sold that he was probably the most credible source when it came to understanding Dimitri. I’ve spent over 1,000 hours playing Three Houses and felt that I had a strong grasp on Dimitri as a character, but since Hackney had such a passionate connection to Dimitri, I had to know who he believed Dimitri had the strongest romantic connection with. “Dimitri and Byleth were the perfect cannon ship,” he confirms. “Byleth—regardless of whether they’re male or female—is the one that pulls Dimitri back from the edge and helps him recover himself. Byleth helps him get on that path to healing, being a better person, and dealing with his trauma.” While it’s true that Byleth helps Dimitri progress the most in the in-game story, Hackney also admits that Dimitri could have a promising future with another. “My second choice would be Marianne. Their support conversations are so good. They’re two kindred souls who are both broken in a way. Yet, they both see something in the other person, so maybe they can find something more together, and I think that’s beautiful.”

I’ve always been a strong believer that platonic relationships can be just as strong as romantic ones though, and Hackney was quick to agree that Dimitri has a powerful friendship with Felix. “Dimitri and Felix were always childhood friends, and Felix kind of turned on him after what happened with Glenn and after seeing Dimitri relish battle,” Hackney describes. “But I see Felix as the true friend who will call you out on your bullshit. Some of the characters will sugarcoat things because he’s the prince. But I feel like Felix is a really good friend that will point out when you mess up and say, ‘I want you to be better.’ That’s the kind of friend that I want too—friends who don’t tell you what you want to hear, but they’ll tell you what you need to know.”

It’s likely that Dimitri—though he doesn’t say it explicitly—holds the same view as Hackney. We see Dimitri interacting with Dedue, for example, and while it’s clear that he considers Dedue a good friend, Dimitri is constantly trying to get Dedue to treat him more like a normal human being rather than someone up on a pedestal. Dimitri’s frustration over being treated differently is even suggested in several other support conversations. 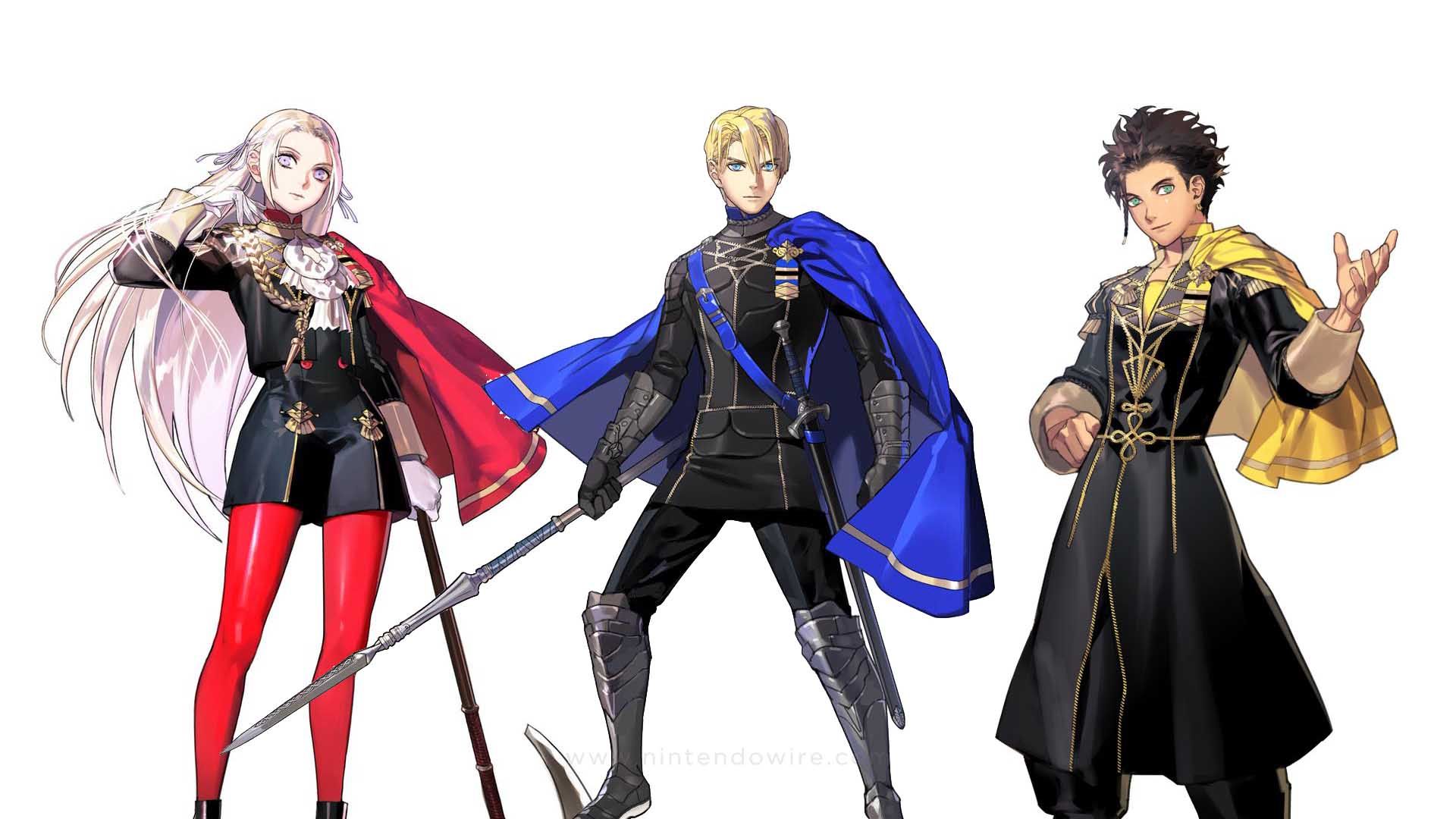 Though it’s clear that Hackney is the most familiar with Dimitri and his relationship dynamics, he also feels passionately about the other two house leaders. “Edelgard focuses on the relationship between the church and the ideas of freedom and totalitarianism,” he explains. “So, her path shows the true war and battle story. And then you’ve got Claude who’s working to stop the underlying issues by fighting against Those Who Slither in the Dark. Whereas Dimitri’s route really focuses on him personally and dealing with the human aspect of it. So, they all bring something unique to the table.” Part of what makes Three Houses such a great game is the replayability aspect. Hackney’s description of each path perfectly captures the unique experiences you get each time you play the game through with a different house leader. But more than that, each path isn’t just the same situation from a different perspective. As Hackney notes, the focus changes in each path, coming together to create a comprehensive, philosophical masterpiece—one that wouldn’t have been the same without Hackney flawlessly bringing Dimitri to life on screen.