Forza Horizon 5, I Love You, But Stop Trying To Make Me Feel Like The Greatest Person Who Ever Lived

Forza Horizon 5 is another spectacular entry in, for my money, one of the best racing series ever made. I love these games, and Mexico is a stunning place to skid around in its vast selection of impossibly shiny cars. But there's one thing I don't like, and that's how relentless the game is in its mission to make me feel like the greatest, coolest, most talented person who ever lived. This is a game where people are forever telling you how amazing you are, even if you're doing the bare minimum. Came third in a race after spending most of it bumping off the sides of the track? You're the BEST, baby! Nobody can touch you! You RULE!

Forza Horizon 5 is your own personal hype man, and it's exhausting. When you start a new game, you drive into the Horizon Festival and the crowd goes absolutely wild, like you're all seven members of BTS rolled into one, rather than just some guy who drives cars fast. People refer to you as a superstar, and flatter you about your legendary exploits in previous games. It's what I imagine being rich feels like—having a circle of people constantly surrounding you, fawning over you, and fuelling your ego. Honestly, it's kinda patronising. I know I drove like an idiot in that last race, you don't have to lie. Just be honest with me.

It doesn't help that your character is such a glory hound. You'll see them jumping around on stage, hyping the crowd up, mugging for the camera. They clearly love the limelight, but I should be able to decide if they do or not. I'd love the option to make them embarrassed by all the attention, waving sheepishly at the crowd before running off the stage and having a panic attack. Then it would feel like my character, not this preening, peacocking twat dancing for the crowd. It's sickening playing as someone so comfortable in their own skin. No one should ever be that confident, even if they are really good at racing cars. 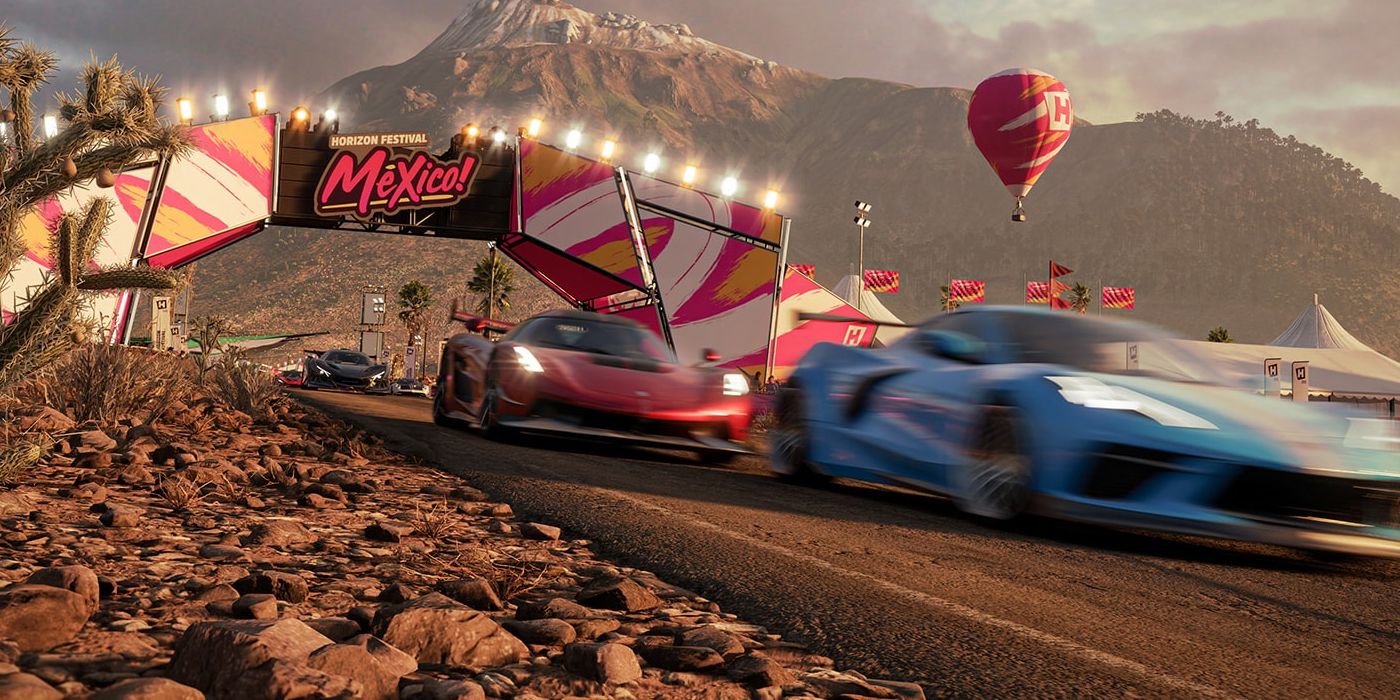 Forza Horizon 5 is a fantastic video game, but sometimes the tone really makes me not want to play it. It's upbeat to a preposterous degree, and I really can't imagine anyone finding its constant positive affirmation anything but grating. I've certainly never met anyone who enjoys it. But someone must, because so many games do it. Ubisoft's extreme sports playground Riders Republic is another recent example—and actually more annoying thanks to its truly dreadful dialogue. Forza can be overbearing at times, sure, but at least no one in it has ever instructed me to "give it some beans" or "twangle in the madness."

There must be a reason why game developers (or, more likely, publishers) love bombarding players with positivity. I'm sure they've focus-tested it to death, and perhaps a large portion of the games-buying public finds it appealing. Maybe it's to keep people playing, showering them with praise to stop them getting bored or frustrated and drifting away to play something else. If it works for some people, then great. But me? I can't handle it. I would actually pay for a mode that made the narration more sensible and measured. When I come second, I want it to say "That was okay, I guess, but you can do better." I can take it.