Hades On PlayStation 4 Should Have Kratos

Hades appears to be coming to PlayStation at long last. Earlier this week, it was revealed that a South Korean rating of the game had been approved. It’s already been a monumental hit for Supergiant Games on PC and Nintendo Switch alone, but at the house of Sony, there’s some potential for some fun, exclusive crossover content. If we’re exploring Greek mythology, it seems like it’d be a waste not to include Kratos in some manner.

Mortal Kombat 9 – which was a fighter all about a tournament to save Earthrealm – had Kratos as a DLC fighter for those on PlayStation. Netherrealm’s iconic gorefest only truly has that one thing in common with God of War, the gore. If that’s enough, then surely so is Hades. It sports the same well-known deities that we slaughtered in droves in the hack-and-slash along with the very same underworld that we dredged through all those years ago.

There are four key ways that we could see Kratos and his ilk incorporated into the world of Hades, from the simple to the more complex. With that, let’s take a look at what a Supergiant Games and Sony collaboration could potentially look like if we’re lucky. 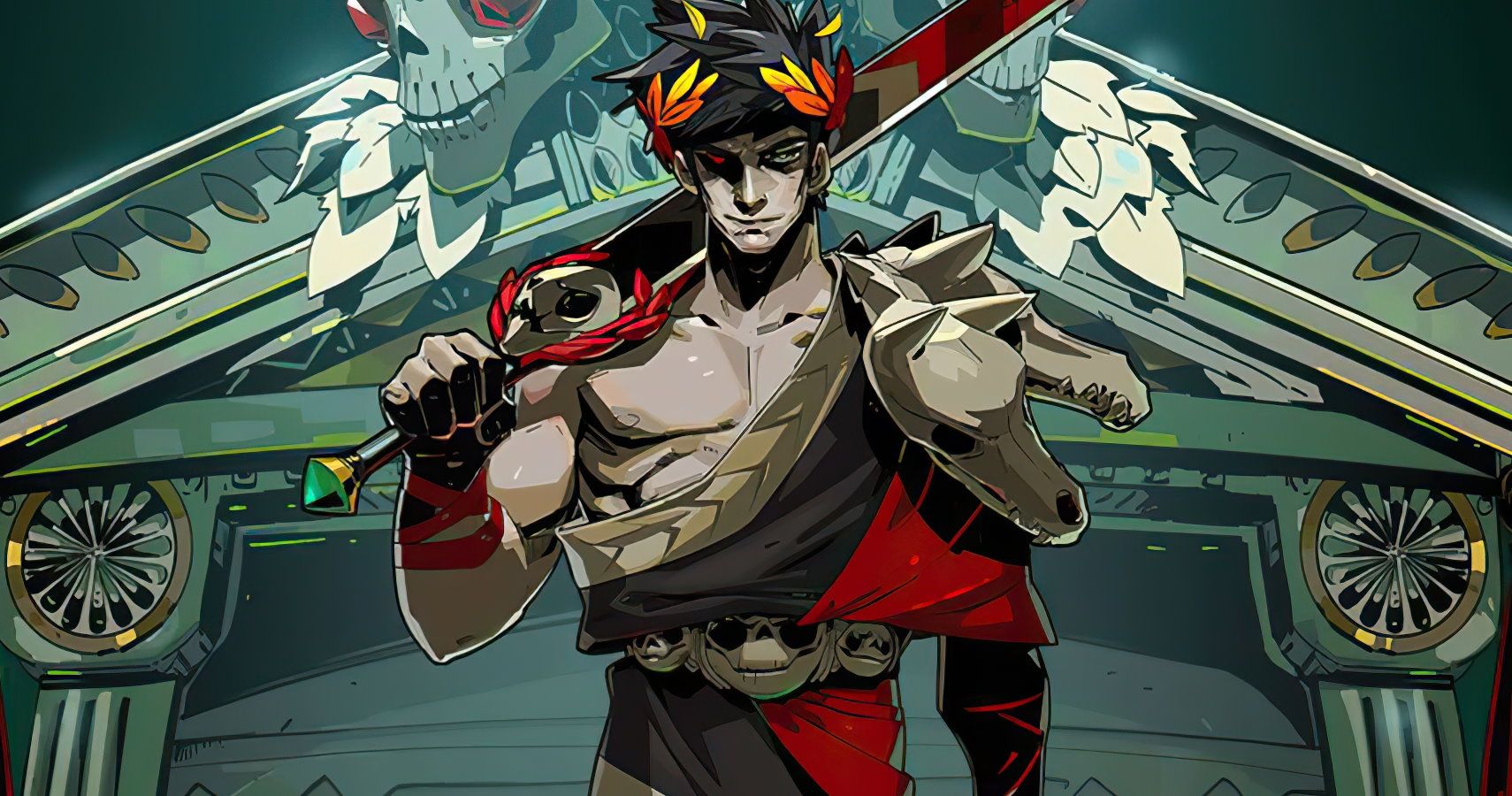 The simple method would be to add a Zagreus skin, something that changes the way that the protagonist looks. This could be done by straight-up transforming him from the bisexual flayer that he is into the stone-cold, bald, mean-eyed, big daddy that is Kratos, or it could be that Zagreus is pulling off a fun little cosplay.

Either way, just as we did in the original God of War games, we’d be knee-deep in the blood and guts of the Greek pantheon, toppling boss after boss, cutting down grunts on the path. All with a mean glare and some beefy biceps. Kratos managed to sail on into Fortnite after he put Atreus to sleep, so surely he can spare a moment to take the reigns from Zagreus so he too can finally have a break. Maybe he’ll settle down with Achilles, his one true love – the amount of gifts I’ve slipped his way is unprecedented. 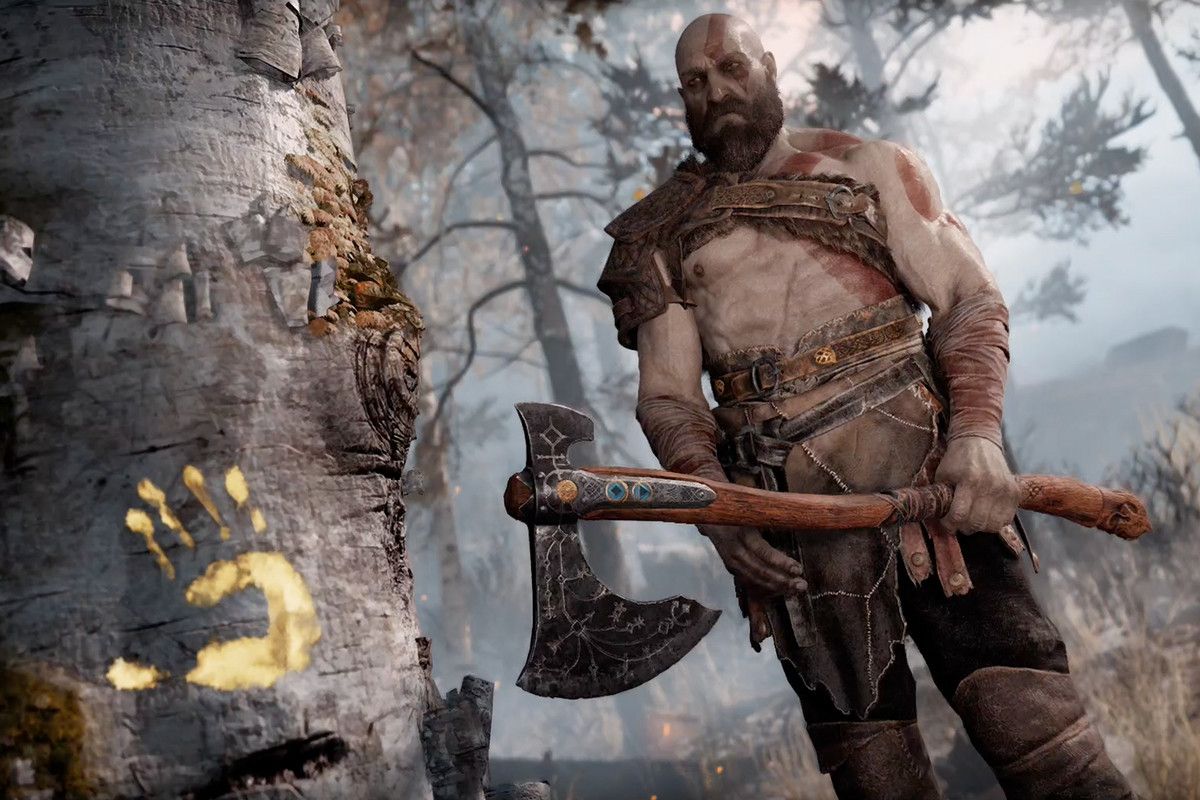 Hades has plenty of weapons up for grabs that change the way you play, and these are all selected prior to your venture into the roguelike loop, a purgatory of respawning foes lusting for your blood, standing in the way of your escape. There’s a sword, a bow, a shield, a spear, fists, and a gun of all things, but no axe.

Being on PlayStation, Hades could very well implement another weapon, Kratos’ iconic curved woodcutter from the PS4 soft reboot. It’s a frosty boomerang that solidifies enemies with its ice-cold touch, returning back to Kratos’ palms with an innocuous summoning gesture. Slipped into the slightly more scrawny hands of Zagreus and it could still be a mean tool of destruction. 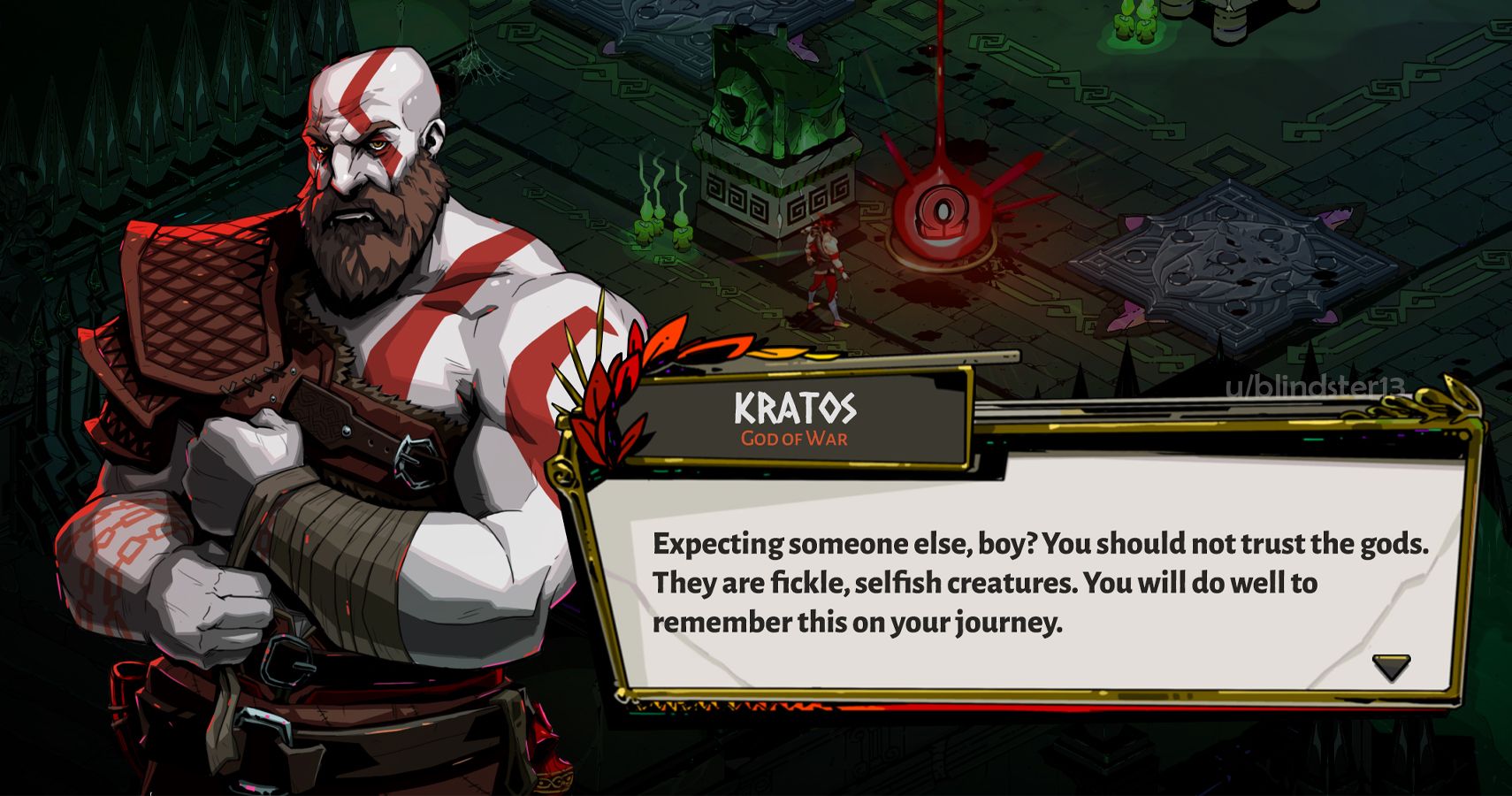 Roguelikes are built upon gathering new items, weapons, and power-ups that all shape your playthrough so that each one is a different synergized run, adding a spice of variety that keeps the replay value at an all-time high. For Hades, this is done through the gods that have a list from which you can select an upgrade from.

The pantheon is all there, helping you, Zagreus, to power through and escape the underworld despite your father who doth protest, blocking the path with his goons, his allies, and his mean demeanor. Who better than to offer aid than Kratos? It would take a bit more work, given that each god has its own set of unique upgrades that follow a motif, but if Supergiant Games and Sony are willing to put in the legwork, it could make Hades on the PlayStation 4 something truly special, a standout platform to play it on. 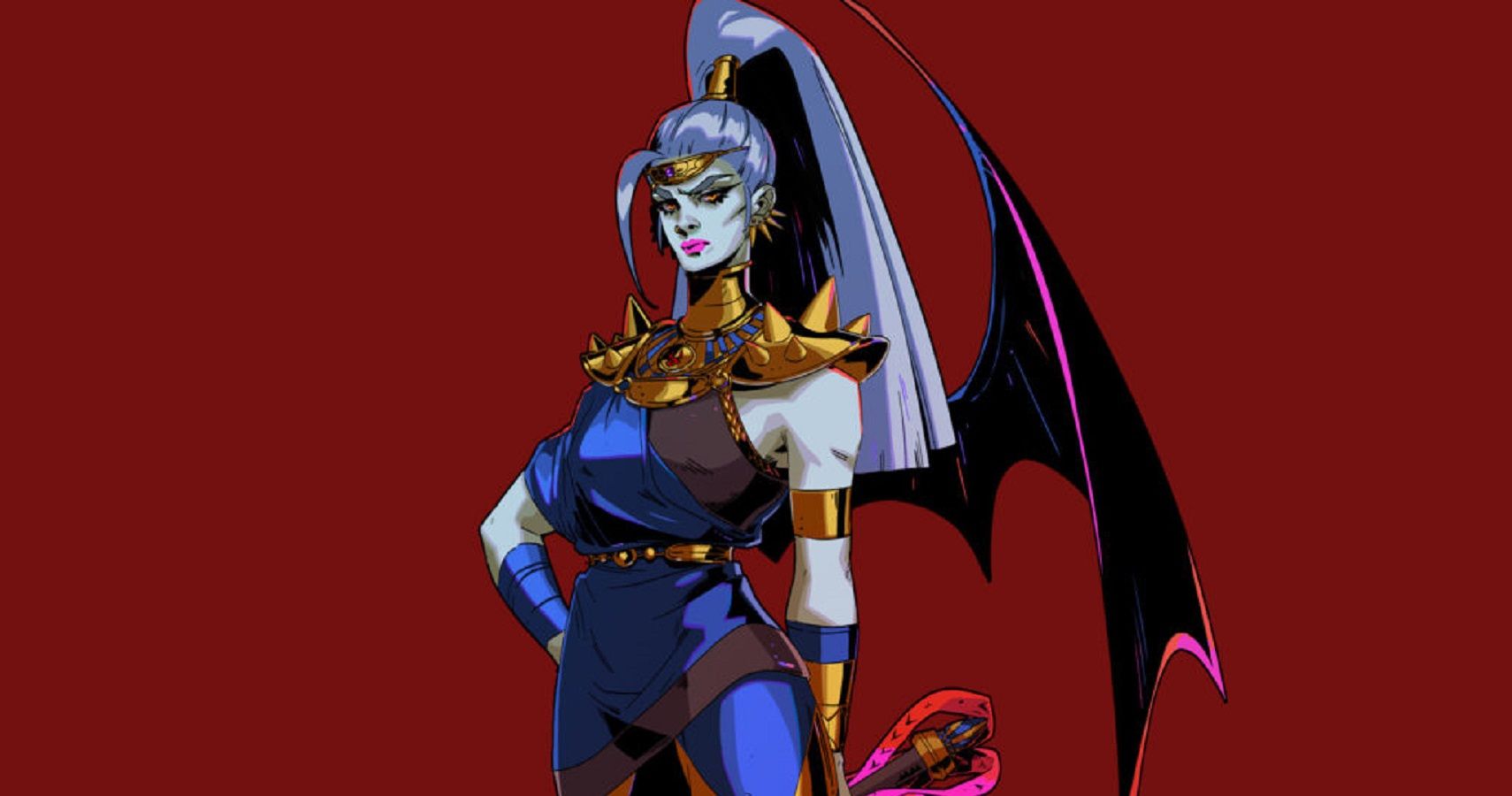 There is a slew of bosses on your path to escaping, starting with Megaera pictured above, followed by Alecto, Tisiphone, Hydra, Theseus and Asterius, and then Hades, your father. Adding a new one in would likely be a tough move, what with each of them separating a biome that you plunder into to find loot, slaughtering hordes of denizens just to clamber your way to whoever it is acting as the divider between zones.

With that, it’s very unlikely that any new ones would be added into the base game’s run, but perhaps an alternate every now and then could keep things fresh, and who better than to provide that than Kratos himself? It’d be an arduous battle given that he went toe-to-toe with Baldur and left with naught but a scratch, but Zagreus is formidable in his own right, and would no doubt be able to stand tall against the God of War.

No matter what path Supergiant Games takes, it would be a huge missed opportunity to launch Hades on the PlayStation 4 without some kind of deal with Sony to play with God of War’s likeness. Partnerships akin to this are always a fun time, and if we can get Kratos and his axe in Fortnite alongside Masterchief, and the pale patricidal murderer into Mortal Kombat, then there’s no reason we can’t here.