I’ve never played a Halo game by myself, and I’m not about to start now. Unfortunately, the wait for Halo Infinite’s co-op campaign is going to be a lot longer than expected. According to 343 Industries, co-op isn’t going to be available until Season 2 starts next May. I’m unwilling to stand on the sideline while everyone I know goes to war with the Banished on Zeta Halo, however, so I started a co-op replay of the entire series via the Master Chief Collection on PC. While my co-Chief and I began this journey with enthusiasm and a commitment to play through all seven campaigns before May, Combat Evolved may have already filled our Warthog full of metaphorical sawdust. It’s easy to appreciate the first Halo and recognize its unrivaled impact on the first-person shooter genre, but boy oh boy, does it feel like shit to play in 2021.

Before I go in on the most beloved shooter of all time, allow me to pay Combat Evolved some compliments. So much of what Halo came to be known for was present right from the start in Combat Evolved, including, of course, the iconic hero Master Chief. Escaping the Pillars of Autumn and crash landing on Halo in the first mission sets an incredible pace for the game and establishes the kind of fearless badass Master Chief is. The enemies have a ton of personality and the weapon variety is great. It's remarkable how many mechanics originated in Halo that became staples of the genre, like recharging overshields and weapon swapping. Halo 2 is arguably a better representative for the series as a whole, but Combat Evolved certainly started things off in the right direction. Those are all the nice things I have to say about Halo: Combat Evolved.

What a painful slog Combat Evolved is. My God. How did we let Bungie get away with reusing the same hallway 500 times and calling it a video game? There were limitations of the hardware, no doubt, but Halo’s level design is unbearable, at least by today’s standards. The frequent backtracking is one thing, but the way every room, bridge, hallway, and building is repeated over and over in every mission made me feel duped. 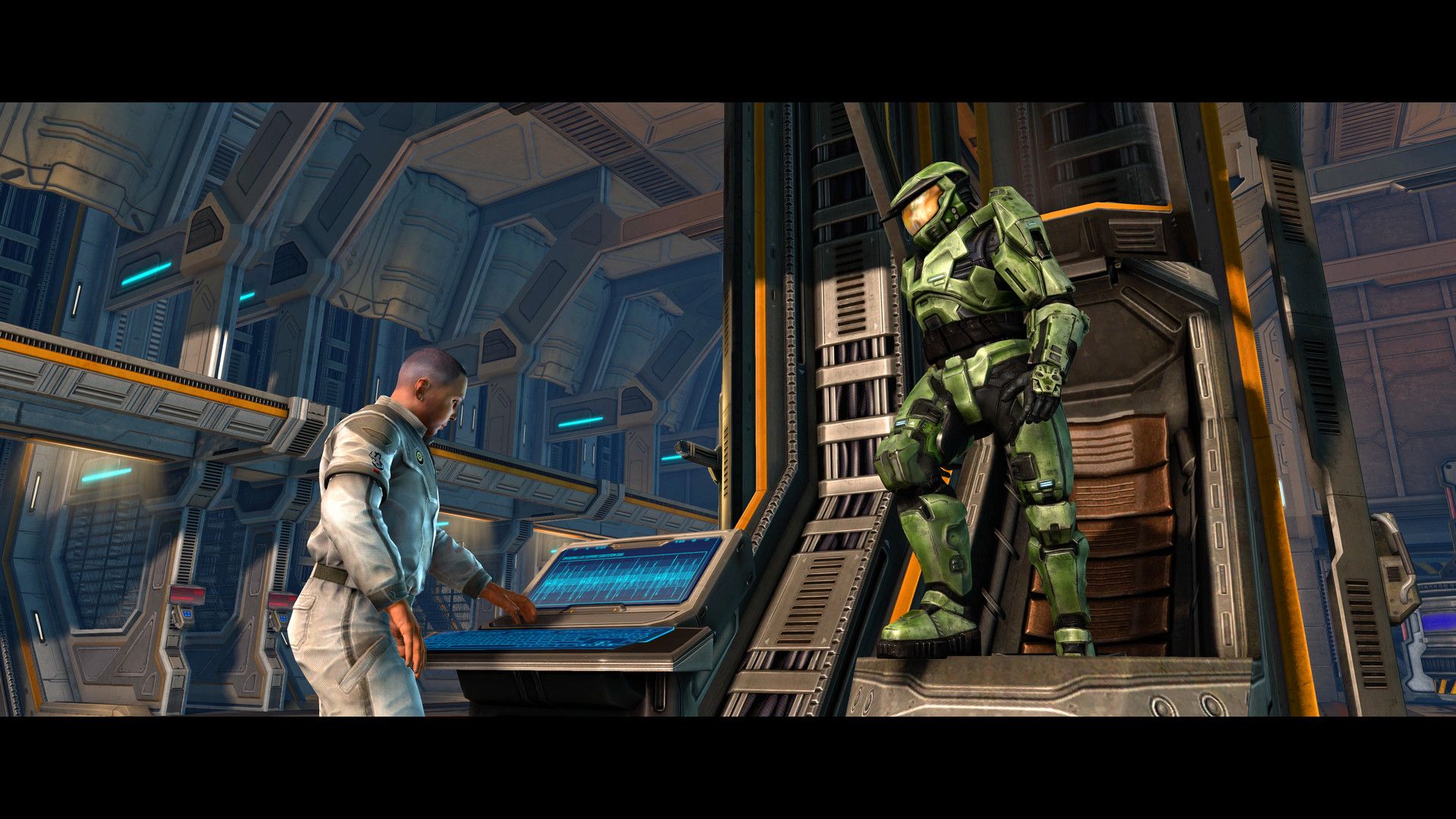 I’m all for being economical in order to maximize value. Some of my favorite games are roguelikes, and they’re all about playing through the same maps over and over. Deathloop is one of my top ten games of 2021, and that entire game is just four zones you explore over and over again. There’s an intelligent way to reuse assets and squeeze the most fun out of every level, but it feels like the Combat Evolved developers were told to make a ten-hour game out of three levels and just started clicking copy+paste.

It’s so easy to get turned around in Combat Evolved, in part due to poor sign-posting, but mostly due to the fact that every room looks exactly the same. The exterior missions where you’re driving around aren’t bad, but all the missions where you’re either on the Covenant ship or exploring the depths of Halo are a nightmare of repeated environments. One of the worst offenders is the seventh mission, The Library, where you follow The Monitor up four identical floors while fighting an endless swarm of Flood. The entire mission is just one long walk counter clockwise through dozens of rooms that all look exactly the same. In the next mission, Two Betrayals, you have to backtrack through the entirety of mission five,Assault on the Control Room. Literally walking backwards through the game after figuratively walking in circles for eight hours is the definition of adding insult to injury.

I’m halfway through Halo 2 now and the level design has improved immensely. I still get lost from time to time (when did we invent quest markers?) but I never feel like I’m walking through the same exact hallways repeatedly. Hopefully they only get better from here, but I think that’s the last time I’m ever going to play Combat Evolved.