Killua Zoldyck is capable of catching a dart currently in contact with his forehead and continuing to fly with full momentum before it moves enough to puncture his skin. Kurapika has a blade wrapped around his heart that increases the power of the chains he uses to bind members of the Phantom Troupe, but only because of the vow he took to never use it on anybody else – wrap a civilian in chains and the blades will pierce his heart. Hisoka, on the other hand, is able to use Bungee Gum to stitch his heart and lungs back together in order to successfully resuscitate himself from the verge of death.

Gon punches people really hard – as in, exceptionally hard. Not as complex as the other Nen abilities mentioned above, mind, but still distinct enough from the rest of them to illustrate the extraordinary versatility of this mysterious aura.

Nen is not easy to summarize. On one hand, it’s a mysterious form of energy that simply exists in the world of Hunter x Hunter, and can be manipulated into magical power by anyone who is consciously attuned to it. On the other, no two people are attuned to Nen in the same way, making the abilities of Nen users uniquely distinct from one another. The only way for someone to use another person’s Nen ability is to develop their own ability designed to steal it – and even abilities created with this specific intent are radically different to one another. Chrollo Lucifer, leader of the Phantom Troupe, is able to use Skill Hunter to copy the abilities of others into a book called Bandit’s Secret. If he flips to the page where a certain power has been recorded, he can use it for himself. Meanwhile, Meruem, King of the Chimera Ants, procures abilities simply by devouring Nen users. OP, if you ask me. 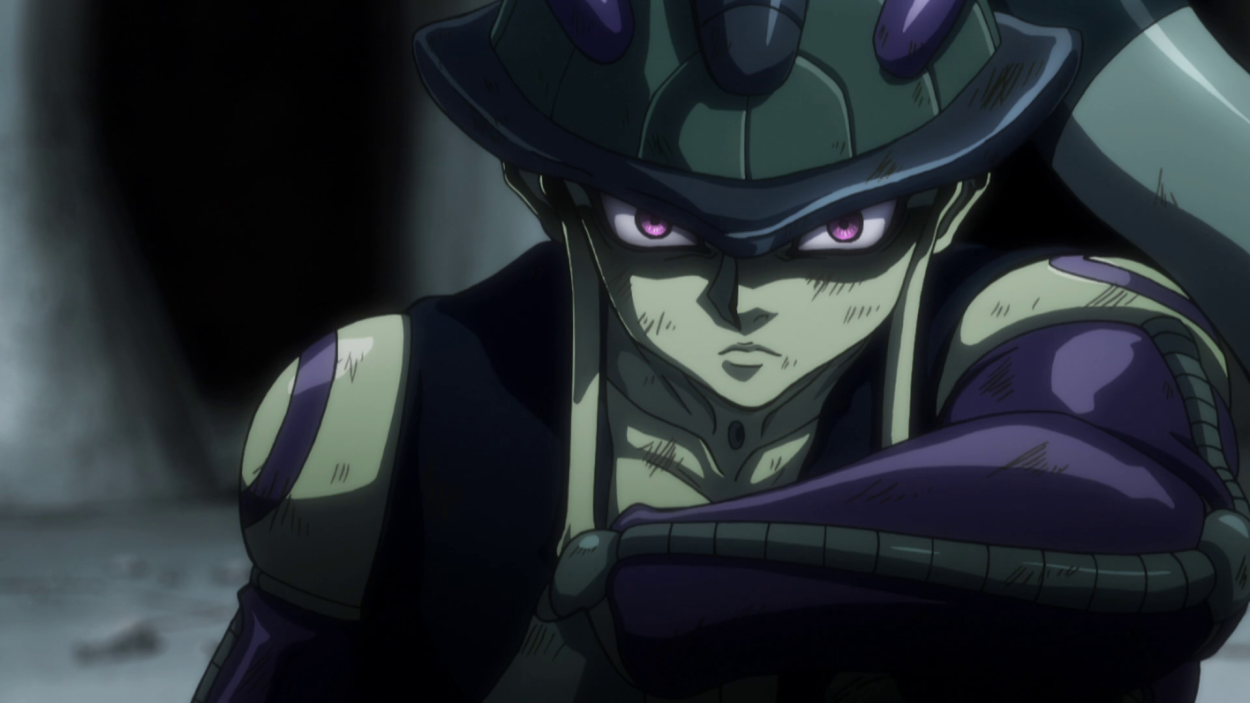 Despite its ostensible ambiguity, Nen is actually really well explained in Hunter x Hunter. Across 148 episodes of the 2011 anime – and even more scenarios in Yoshihiro Togashi’s ongoing manga – its logic never falters. At the same time, it’s not pigeon-holed into a set of boring rules like plenty of other fictional magic systems. What I mean is, it’s easy to understand how and why Nen is used, although the sheer versatility displayed across different users means it never exhausts its inherent intrigue. By the end of Hunter x Hunter, you should understand exactly how certain elements of Nen work, but still be prone to surprise when it comes to witnessing new applications of it. This, in turn, should be comprehensible and within the logic structure of Nen’s own framework.

For those unacquainted with the basics, Nen exists in all lifeforms – it’s essentially the aura of life itself. Nen as a technique is the ability to manipulate Nen as a kind of energy, while anyone capable of doing so is simply known as a Nen user. This type of person is incredibly rare in society due to the simple fact that the vast majority of people have no idea that Nen even exists – although in some cases non-users are capable of sensing it. We actually see this right at the beginning of Hunter x Hunter, where Killua is able to detect Hisoka’s bloodlust despite being completely unaware of Nen’s existence.

To be properly attuned to Nen, however, is so much more than to be able to vaguely sense it. A legitimate Nen user is someone who is intimately familiar with it, to the extent that they can both see and metaphysically feel the auras of others. This is one of the most fascinating aspects of Nen when it comes to things like combat and subterfuge – a powerful user might reduce the amount of aura they are emitting to trick a Nen-sensitive opponent into underestimating them, while stealth missions could call for the use of In, an advanced technique that makes a user’s aura completely imperceptible. It’s not just, “Gon does a big punch” or “Killua has lightning exploding out of his fingertips.” Nen is far more complicated than the vast amount of abilities in other fantasy precisely because of the fact that it’s a fairly simple rulebook for how magic works, while also being so much more than that under the hood. This is best described by explaining that the final rule of comprehension is that Nen, in the most complete sense, knows no bounds, which gives it license to defy all rules before it not in terms of the logic it sets itself, but in terms of its believability. That’s a distinction I’ve never seen any other magic system properly accomplish – it genuinely surprises you, but you’re able to sit back and say, “Yeah, I guess that makes sense.” 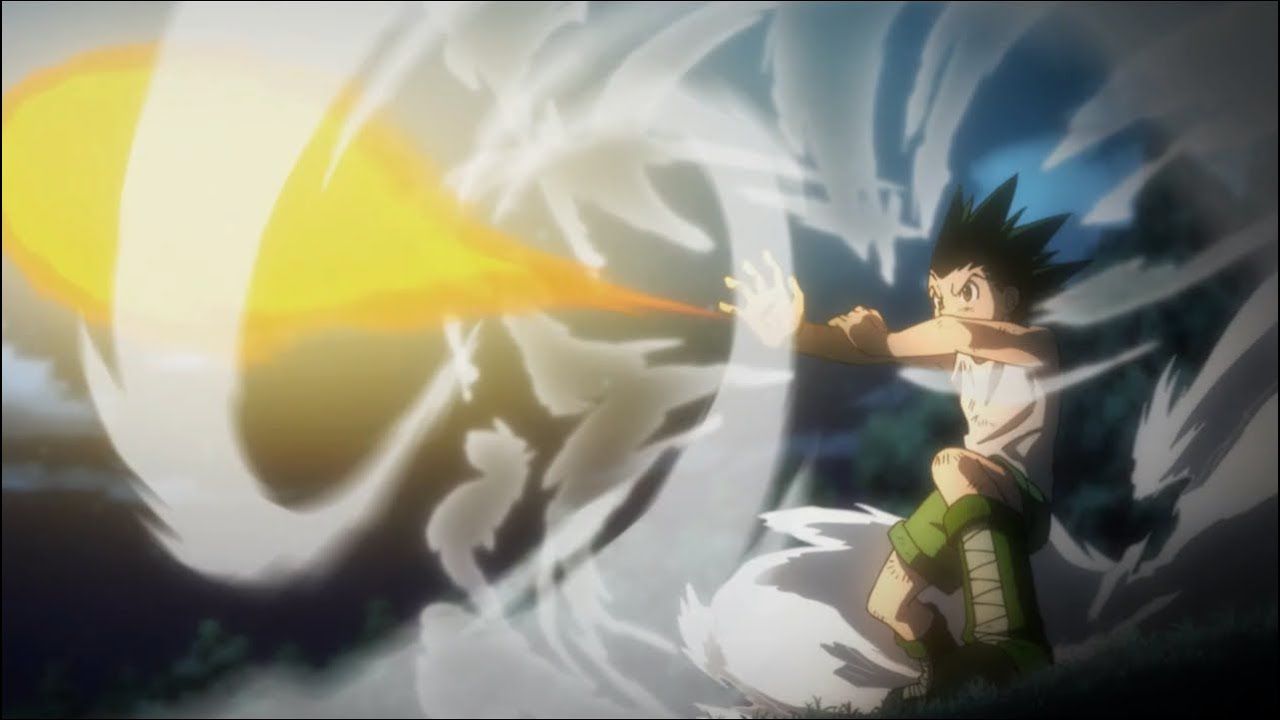 This is easily explained with the core principles of Nen. Ten, the first instance of Nen, is what allows you to keep your aura close to your body, constantly flowing as opposed to leaking away into the ether. Zetsu allows you to close your aura nodes, shutting off Nen completely – this can be used to trick non-skilled users into not being able to detect you. Ren is an amplification of Ten, drastically improving the offensive and defensive potential for using Nen as a means of enhancing your own physical prowess – it’s not uncommon for a Hunter to greet a stranger with “Show me your Ren” as a means of gauging their power.

Hatsu, the last principle of Nen, is where every individual user’s path veers off. This is the application of your own personal Nen, which is influenced by your personality, character, emotional state, mental fortitude, and one of six unique categories that you will naturally gravitate towards. Hatsu, then, is what allows a Nen user to create and master their own unique ability that nobody else in the world, no matter how proficient, has access to. On top of that, while you can base your abilities on someone else’s, you can’t possibly master Nen until you lean into the power that naturally presents itself to you. Gon is an Enhancer, but if he tried to copy Isaac Netero’s abilities he would never reach his full potential, which is why it’s important that he instead put time into developing the simple but unique properties of Jajanken. If you’re unsure of what that is, it’s a sort of weird punch combo where he shouts “Rock, Paper, Scissors” depending on whether it’s a close punch, a mid-range splice, or a Goku-esque energy ball – except the range order is named after Rock, Scissors, Paper because apparently Gon doesn’t actually know how to play that game.

This is the core outline of Nen that, despite its brevity, covers pretty much everything about how it functions while remaining almost completely limitless and mysterious. There are more complex Nen techniques as well, which are only usable by far more advanced practitioners. For example, Gyo allows a user to focus their aura on a specific body part. A lot of Nen users will use Gyo to enhance their eyes, allowing them to easily detect the aura of other users. This works even if they happen to be using In, which is like Zetsu but instead of completely shutting off your aura nodes, it simply hides your Ren and Ten. En, meanwhile, amplifies Ren and Ten, increasing the radius of your aura while simultaneously improving your ability to keep it contained. Ko is one of the most powerful techniques, combining Ten, Zetsu, Hatsu, Ren, and Gyo in order to focus the entirety of your aura into an individual body part. 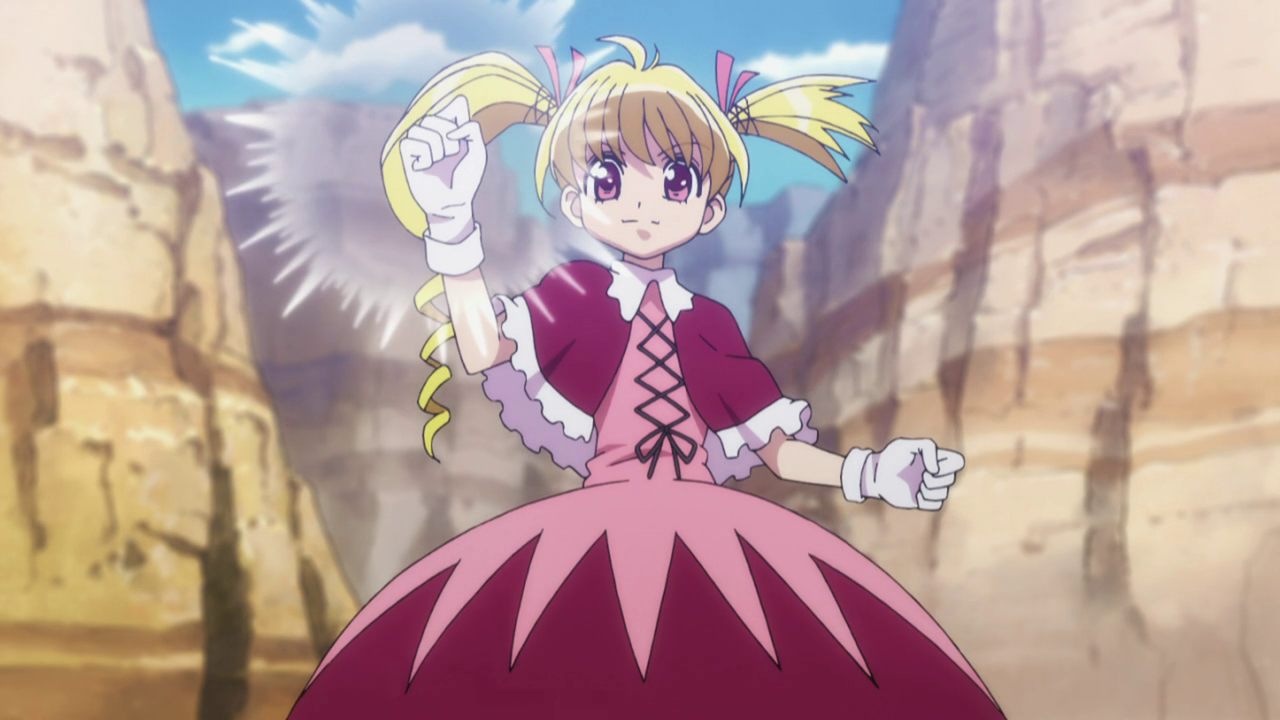 Ryu, meanwhile, is sufficiently complex that it can only be used by true masters, allowing you to use something like Ko, but with the additional ability of controlling the amount of aura you devote to it. For example, with Ryu, you can channel 70% of your aura to your right fist via Ko, while still retaining 30% across the rest of your body in Ren, meaning you are not completely defenseless against an incoming attack.

Again, these advanced implementations of Nen allow for greater versatility when it comes to different people using the same strange power in completely distinct ways. This is accentuated further by the categories I mentioned earlier. Each person who successfully opens their aura nodes and learns to use Nen falls into one of six categories: Enhancement, Transmutation, Conjuration, Emission, Manipulation, and Specialization. I won’t go too deep into this, but will provide a basic explanation. Enhancers use Nen to improve their own physical prowess – Gon and Netero are good examples – while Manipulators like Illumi are able to influence other people and objects. Emitters like Silva Zoldyck are able to project their aura far further than other users, even detaching it from their body, while Conjurers can use their aura to create objects, as seen in Kurapika’s many types of chains. Transmuters like Killua can alter the properties of substances using Nen – Killua literally converts his aura in a way that forces it to mimic electricity – while Specialists fit none of the above categories and will generally exhibit a completely unique property that no other users in the world possess. Complicated, eh?

Not really once you break it all down. A person with Nen abilities will use them in one of six ways. There are four principles for using it, the fourth of which applies your own signature ability, as well as more complex techniques that basically serve as improved or combined versions of the basics. And so Nen makes sense – but it’s the fact that everybody uses it in different ways that makes it far larger than a simple system of rules. The fact that every user is capable of feeling the unique Nen auras and abilities of others not only using conventional senses, but also in a more metaphysical way, means that Nen is an all-encompassing entity that both unites and separates this exclusive group of supernatural beings from one another. And so, it’s the best and most successfully complex magic system ever incorporated into a fantasy world. It’s easily parsed but never limited to what you already think you know. It is at all times relevant even when it is not being used in a specific scene, because it defines the world of the fiction in the same way that each individual character gives definition to it.

Most of all, though, it gave us Hisoka’s Bungee Gum, which combines the properties of both rubber and gum. Best fictional idea ever – give Togashi the Nobel Prize.

Next: Team Rocket Is Boring, But James Is Still The Best Character In Pokemon History 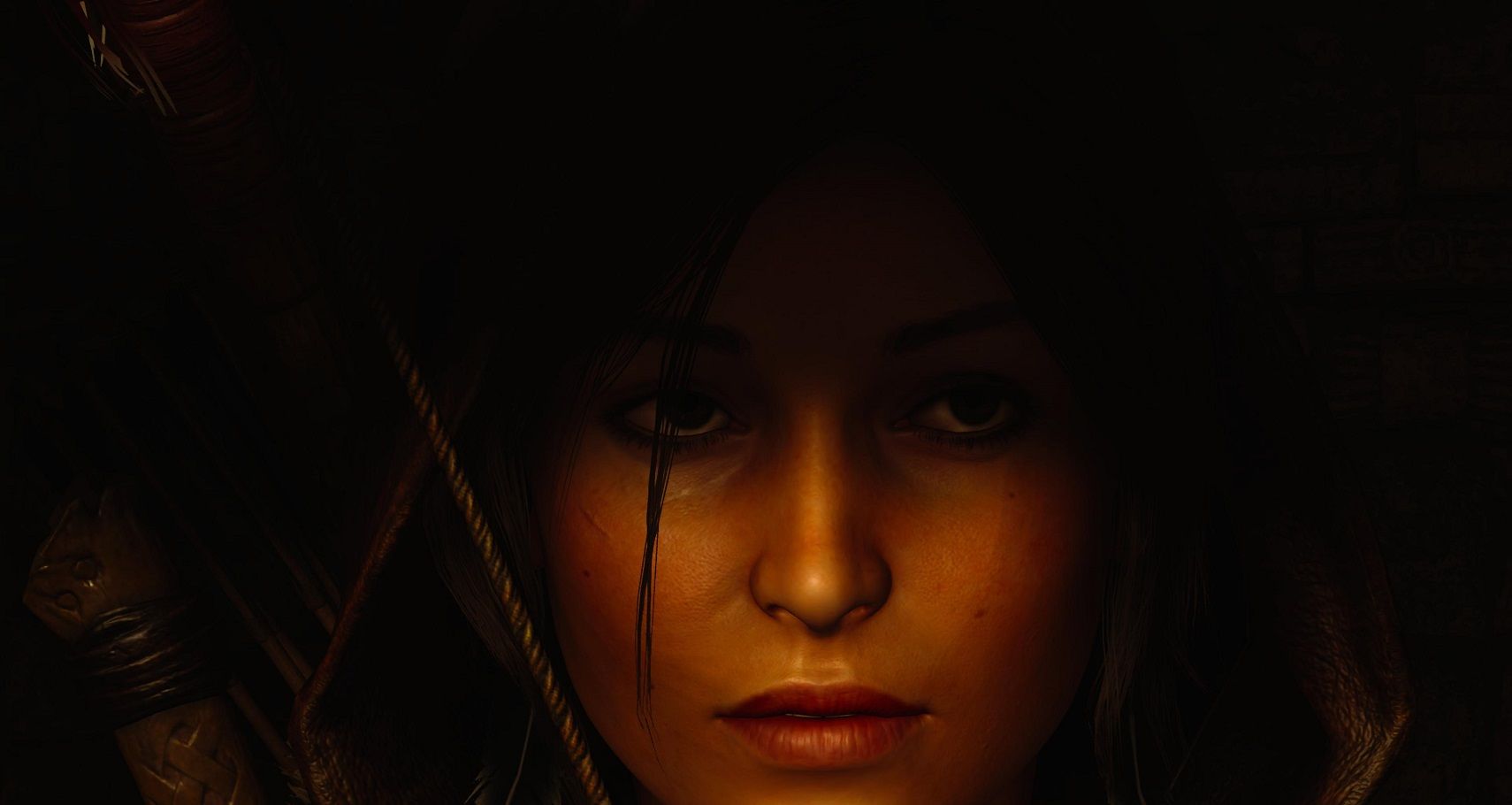