A big part of Valheim is gathering up your bits and bobs and letting the wayward tides escort you to shores unknown. The thing is, reaching the point where constructing a raft is not only possible, but viable, can be a bit of a pain. The fastest time I made it to the Bronze Age still took me and my pals almost five hours, and I don’t really fancy sailing off to scary new islands with a wooden club and half the materials for a bow. That’s where my new trick comes in handy – it’s the perfect life hack for seafaring Vikings who don’t actually care about swimming or boats.

I’m a firm believer in Occam’s Razor – that the simplest possible solution is usually the most correct one (although, just like Lisa from The Simpsons, I don’t reckon Valheim is crawling with reverse-vampires who have to get home before dark – that’s not being introduced to the game until the next update). I’ve seen lots of people try their luck swimming across channels in Valheim, although your stamina depletes at an alarmingly fast rate and this is usually a huge risk. I’ve also seen people creating elaborate structures designed to circumvent rivers, but these usually just fall to pieces – believe me, I’ve tried. In fact, one might argue that I’ve tried far too many times. It’s a waste of precious Valheim time.

No, the best way to cross rivers without a raft in Valheim is to create atrocious-looking pieces of wooden rubbish that get you across safely without falling into the treacherous drowning pool below. This method is resource-efficient, portable, and completely foolproof. It’s also taught me that while you’re all off building roller coasters, sundials, and ports in Valheim, I’m the real winner by being unpretentious and ruthlessly effective when it comes to hunting and resource-gathering. I bet you I could make your roller coaster with half the materials if I wanted to – I just don’t want to. No you’re the liar. Prove it. 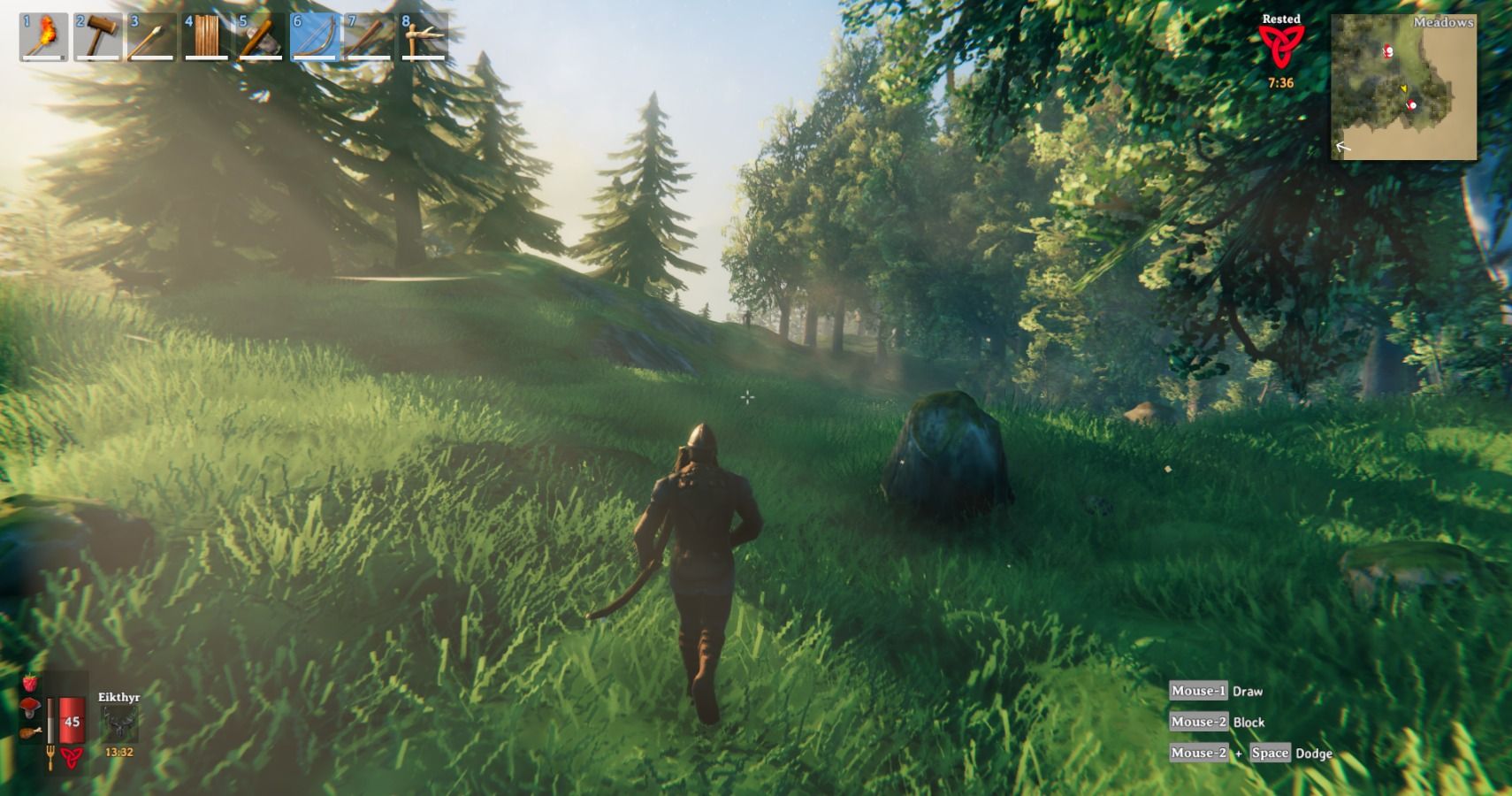 In all seriousness, I’m terrible at building in Valheim – that’s probably why I’m so good at building badly for the greater good. I’ve seen lots of people put together wonderful bridges with perfect arches designed for passing ships to sail smoothly alongside one another, although you need to collect loads of materials for absolutely ages to do that. I’m talking about spawning into a Valheim world and immediately bypassing a river you have less than half the stamina necessary for swimming across. You punch a small tree, right, then you pick up a stone. You craft an axe, you chop down two bigger trees, you build a workbench, and you use your upgraded hammer – which is available without needing to construct a roof – to make one small stairs and loads of flat panels. You build out, with each panel slightly overlapping the current one, until you’re almost halfway across. You stop here, jump off, and swim to the other side. Now it’s time to build the stairs and flat panels again, but you don’t connect them to the first set – instead, you simply place it about a metre to the right until you’re within jumping distance of the edge of the first one. Doing it this way means that the structures won’t collapse due to excess weight and a lack of support, while also saving you wood in the middle of the bridge – which is a decent amount of wood considering that your leap in Valheim is fairly decent on top of being downright hilarious.

You might be thinking, “Oh, building bridges is obvious.” It is! But I’m not talking about bridges. I’m talking about ugly wooden structures that look like houses that were abandoned to a legion of termites 500 years ago. Only a vague skeleton remains, but hey – so long as you’re careful and disperse your weight gingerly and effectively, you’ll be able to cross rivers as if they didn’t exist in the first place. You don’t need fancy bridges or rafts, and you’re not at risk of being smacked around by any sea monsters. Just be careful if you bump into a troll, as they a) can wade through rivers and will have no problem chasing you, and b) will absolutely smack the living daylights out of your beautiful abomination of ruthlessly efficient infrastructure. Oh, also, this doesn’t work for the ocean. I got about nine wooden panels out before my structure collapsed and I drowned, so I’d recommend keeping this trick as a back-pocket alternative to crossing relatively narrow rivers. If you want to take on the ocean, you actually will need all the fancy materials I was banging on about earlier. Sorry!

Next: A Next-Gen Upgrade Won’t Save Marvel’s Avengers, But It’s A Start 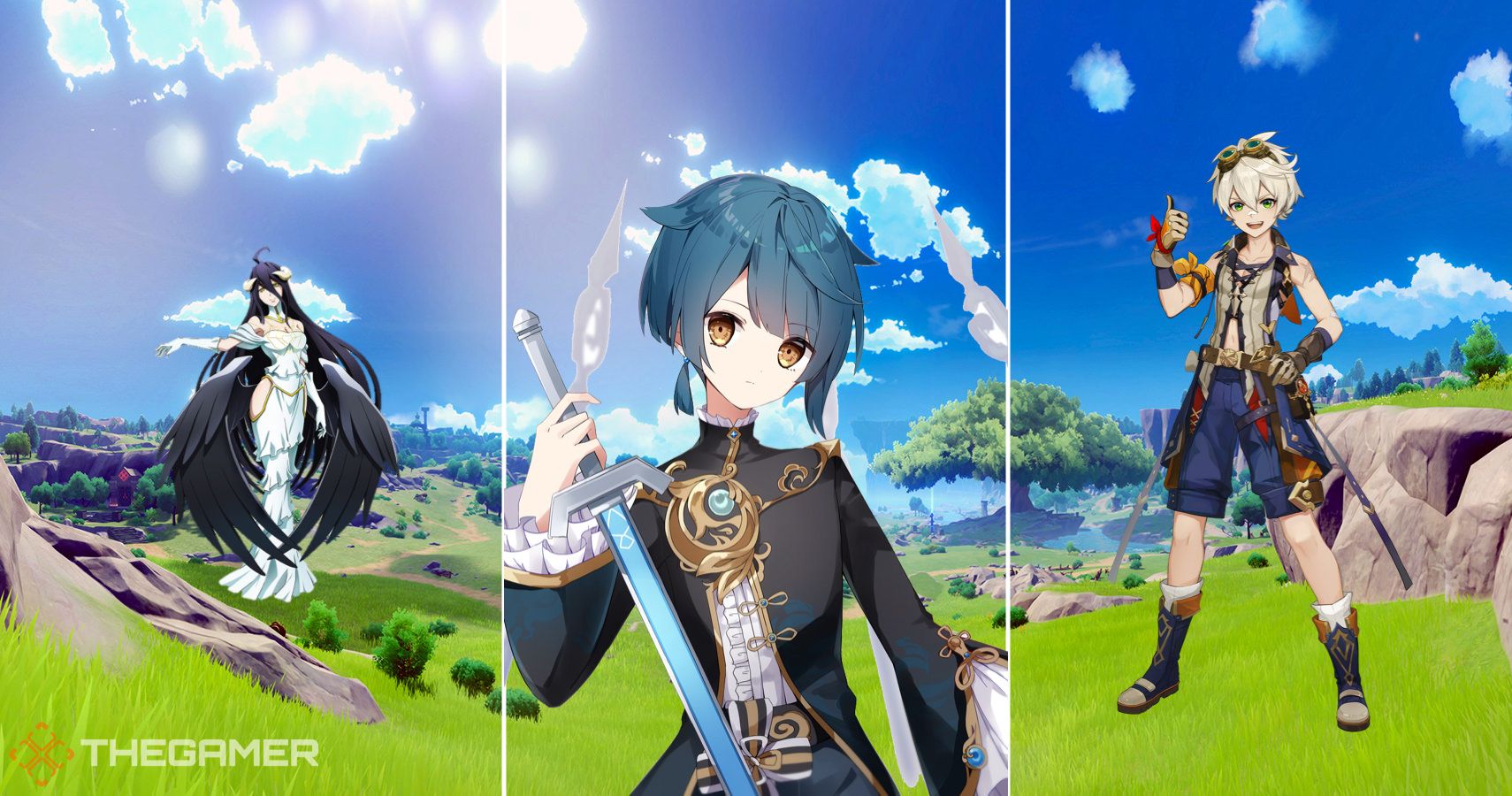