I Love How LGBTQ+ Borderlands Is

Borderlands is a rich haven full of LGBTQ+ characters made by developers that refuse to give in to the worst of the gaming community. They stand with solidarity, and it’s a treat to see. Before even meeting the likes of Hammerlock, Athena, or the trans protagonist FL4K, the franchise oozed queerness. From its explosively colorful palette to its quirky cast of characters to its anything-goes approach, it felt like home in a way no other game did. Across an industry that still struggles with proper representation, Gearbox’s greatest hit is a beautifully LGBTQ+ friendly romp.

Big budget blockbusters seldom give much of the limelight to LGBTQ+ characters and so when they do, it’s an anomaly. If I asked you to name a handful of triple-A games that sported prominent queer personalities, you’d probably pull out five or six titles at a push, and it’s likely that those would be Dragon Age, Mass Effect, Overwatch, Life is Strange, and The Last of Us. Representation is uncommon, and while it’s important to push for this to improve, it’s also vital that we celebrate what we’ve got and how much such steps forward have meant to people.

That’s what I love about Borderlands. From the second I boot it up, I feel a warmth in its world, and it’s a far cry from its cohort. I remember diving into 3’s murder mystery-style DLC which pits you against Lovecraftian cultists amidst a gay wedding. I figured that something would go horribly wrong, that Hammerlock’s tying of the knot would end in tragedy, a classic Bury Your Gays trope prevalent with the likes of the aforementioned The Last of Us and Life is Strange. I was so bogged down that I couldn’t get optimistic or celebrate. I just had anxiety. Yet, Gearbox delivered, and it wasn’t the expected route of killing off one of the gay characters, leaving the other miserable and by his lonesome. It was a fantastic side quest in a new land filled with eerie abominations and interconnected threads of intrigue, with the gay love story nestled in the middle as the juicy filling. 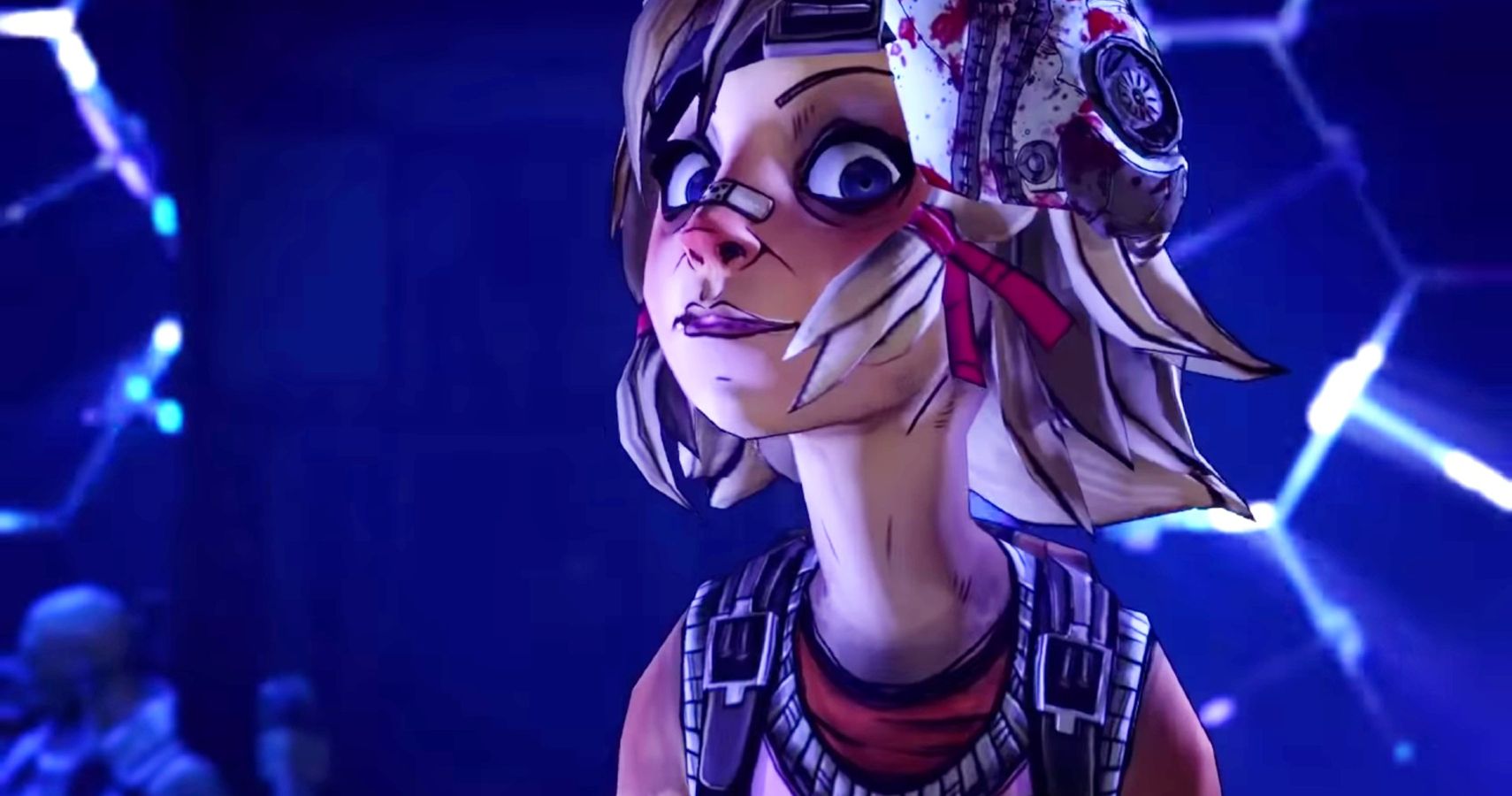 But I shouldn’t have expected anything less. Not from Borderlands, at least. There are so many LGBTQ+ characters in its world and there always have been. It’s a game that seamlessly integrates queerness into its world, positioning it as something normal and accepted. That’s beautiful. There’s a lot of critical elements that make Borderlands’ world a less than desirable place to actually inhabit, no doubt. It’s a huge critique of capitalist culture under the guise of a light-hearted shooter with a comic-book aesthetic to differentiate its visual style from Fallout – yep, that’s true, look it up. But, in the muck and grime of its capitalist pig villains that make you want to do nothing but eat the rich, there’s that acceptance. In the very first title, we meet Moxxi, a bisexual bartender and entrepreneur who kicks ass and has no shame doing it.

She’s constantly bragging about her sex life which, for the record, entails men and women. There’s nothing coy about it, nothing hidden away. Yet, it’s never framed as a bad thing. Then you have the likes of Tiny Tina, the mean teen who loves explosives a little too much. Turns out, she has a crush on Maya. The second game had a prominent lesbian character. Throw in the likes of Janey Springs, Axton, Athena, and more, and you get a wonderfully diverse cast of kickass queers. They’re as strong and well-written as any of the straight and cis characters, simply existing in this world, but it’s never hidden or tucked away or ignored – it’s on display and celebrated. It’s the perfect way to handle it.

There’s a lot that you can do to celebrate this Pride Month. Raising awareness, standing in solidarity with the LGBTQ+ community as an ally, celebrating your identity, etc., but sometimes it’s nice to just take a break from the year in and year out of bigotry and ignorance to enjoy quintessential queerness, and that’s what Borderlands offers. It’s a distraction from that bleak outside world filled to the brim with homophobia, transphobia, biphobia, and all the other phobias that muddy the waters and leave us feeling bitter and enraged. It’s nice to have that, even if I wish there was more to offer a vehicle for it, so if you play one game this Pride Month, make it Borderlands, because very few do it better.