I Love Ignoring My Destiny In Skyrim

Skyrim really wants you to become the Dragonborn. You can ignore the main quest entirely, but in those first hours the game goes out of its way to nudge you towards the town of Riverwood. Here you trigger a chain of events that leads to you absorbing a dragon's soul and embracing your destiny. It's not even just Rolof or Hadvar, depending on who you decided to side with, explicitly telling you to go there, but the geography of the landscape too. A long, winding, linear path leads directly from where you escape Helgen to Riverwood.

But when I play Skyrim now, I take great delight in breaking away from that path. I completed the main quest once and have no desire to do it again. Instead, I prefer playing the game like a kind of wandering, masterless samurai—exploring the world with no real goal in mind, seeing what adventures I happen to stumble into. Luckily, Skyrim is heaving with quests, big and small, so you don't have to walk far to find someone who needs help, a treasure-stuffed cavern, a powerful monster, or just some oddball drifter with something interesting to say.

I love role-playing as a character who escapes being executed in Helgen, suspects they might be destined for something greater, but decides just not to bother. In my latest playthrough, I left the burning city behind and headed straight for Whiterun, joining the Companions, completing their quests, then using the money I earned to buy land in Falkreath and build a house. I'm not sure what I'm going to do next, but the freedom is exhilarating. I can do whatever I want, and just exist in this world, without having to live up to some prophecy. 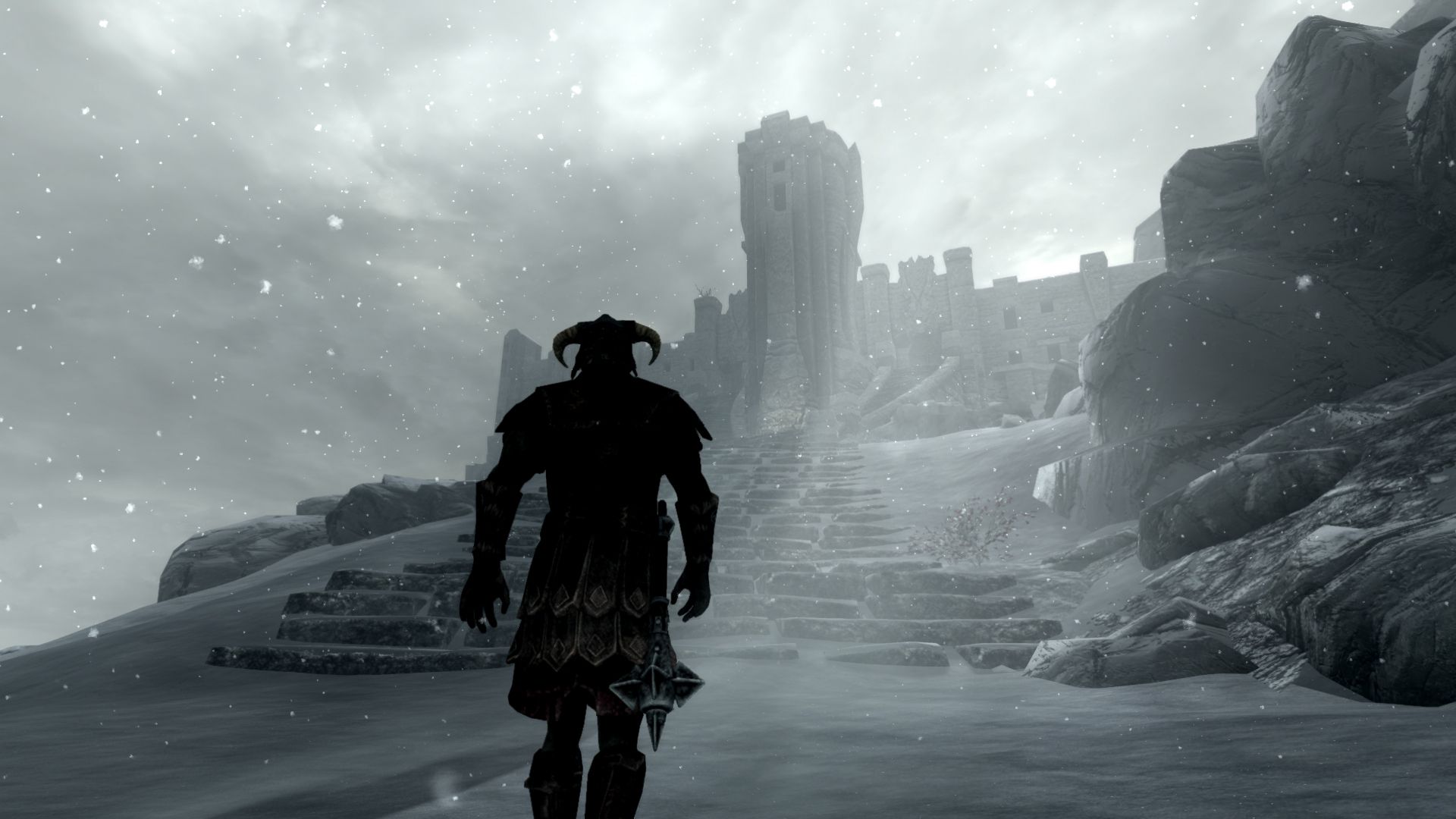 You don't even have to swing a sword to enjoy Skyrim. I once played the game as a normal person, spending my days chopping wood, picking crops, hunting, exploring the wilderness, and other relatively normal pursuits. I built a house, got married, adopted a child, and fully embraced a mundane life. This is probably the greatest rebellion against the game's desire for you to become the Dragonborn—choosing to become an NPC instead. You might occasionally feel the temptation to explore a dungeon you discover while out hunting, but it's just as satisfying to resist the lure of riches, excitement, and adventure.

Plenty of RPGs give you a big, important destiny to fulfill, to the point where it actually becomes boring. The Chosen One, am I? The fabled hero destined to destroy the Dark Lord and bring balance to the realm? Yawn. That's why I love Skyrim: I can be whoever I want to be, at my own pace, with no pressure to live up to anyone's idea of who I should be. I can be the Adventurer With No Name, drifting from town to town. I can embrace the dark side and become a thief or an assassin. I can spend a day in the woods hunting deer with a bow. I make my own stories, and it's great that the game supports this. 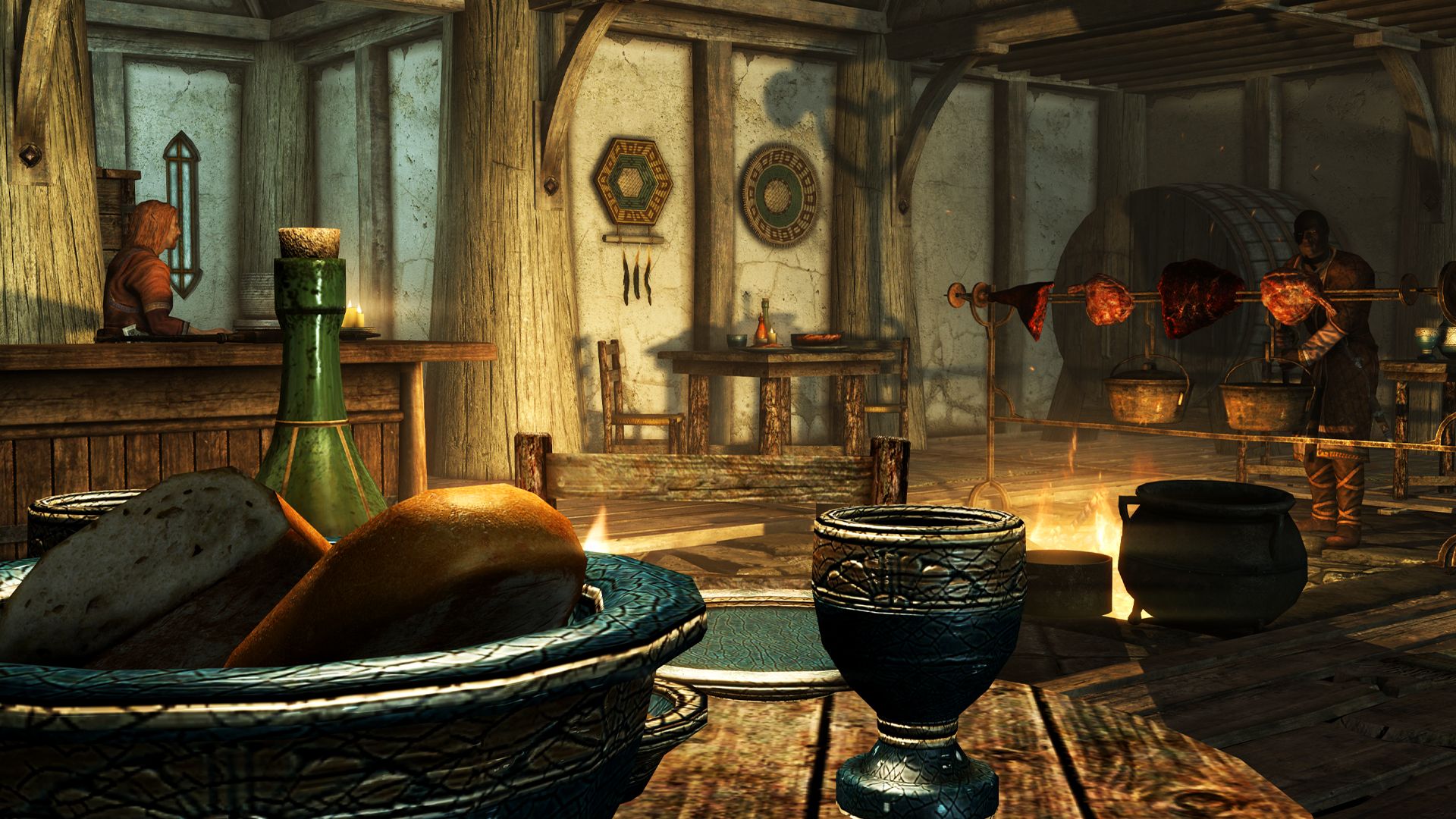 Ignoring the main quest also means you can wander around Skyrim without being constantly attacked by dragons. Eventually, killing them just becomes a chore—which is a ridiculous thing to think about slaying a dragon, but an unfortunate side effect of the sheer volume of random attacks in the game. I can only imagine how frustrating it would be trying to enjoy a spot of peaceful fishing, only for a dragon to swoop in and start belching fire at you. They're more trouble than they're worth and I don't miss their presence at all.

Skyrim isn't the only game where it's fun to ignore what you're 'supposed' to do, either. In the early hours of GTA 4, I take great pleasure in putting the story off to drive around Broker doing taxi missions for Roman. The Witcher 3 is a great game for role-playing as a wandering adventurer, forgetting about Ciri and the Wild Hunt, and just rambling aimlessly around the world looking for witcher work. Hunting and fishing in Red Dead Redemption 2 is a game in and of itself. Sometimes it's nice to just hang out in these worlds and enjoy being there.