There’s only so much you can do when remastering an existing game without committing to a full remake. Fundamentals that defined the original experience will remain regardless of whatever gameplay and visual enhancements you hurl into the cauldron hoping to alleviate past tedium. Nier Replicant exemplifies this, building upon the 2010 cult classic in myriad ways, yet it still staunchly identifies as a JRPG of that era, carrying all of the annoyances that come with it. It can be frustrating, but I welcome it.

There’s an unexpected beauty to this, with much of these fumbles helping to define the game as iconic in the first place. Nier was critically overlookedback when it first released as they failed to gel with its mediocre combat, endless backtracking, and so much fishing. Seriously, I still have flashbacks to all that fishing. Such criticism was more than justified, but many also looked past the storytelling that awaited after the first ending wrapped up, not giving Nier the chance it deserved after so many unexpected burns.

Automata was a sequel that addressed almost everything that plagued the original. PlatinumGames was brought into the fold to address the mediocre combat, while the world itself was made far more engaging to uncover with quests that no longer required infinite amounts of backtracking to accomplish. The only thing that wasn’t addressed was the narrative, since Yoko Taro was already capable of producing a wonderfully subversive tale that took the medium and contorted it into new visions we’d never seen before. 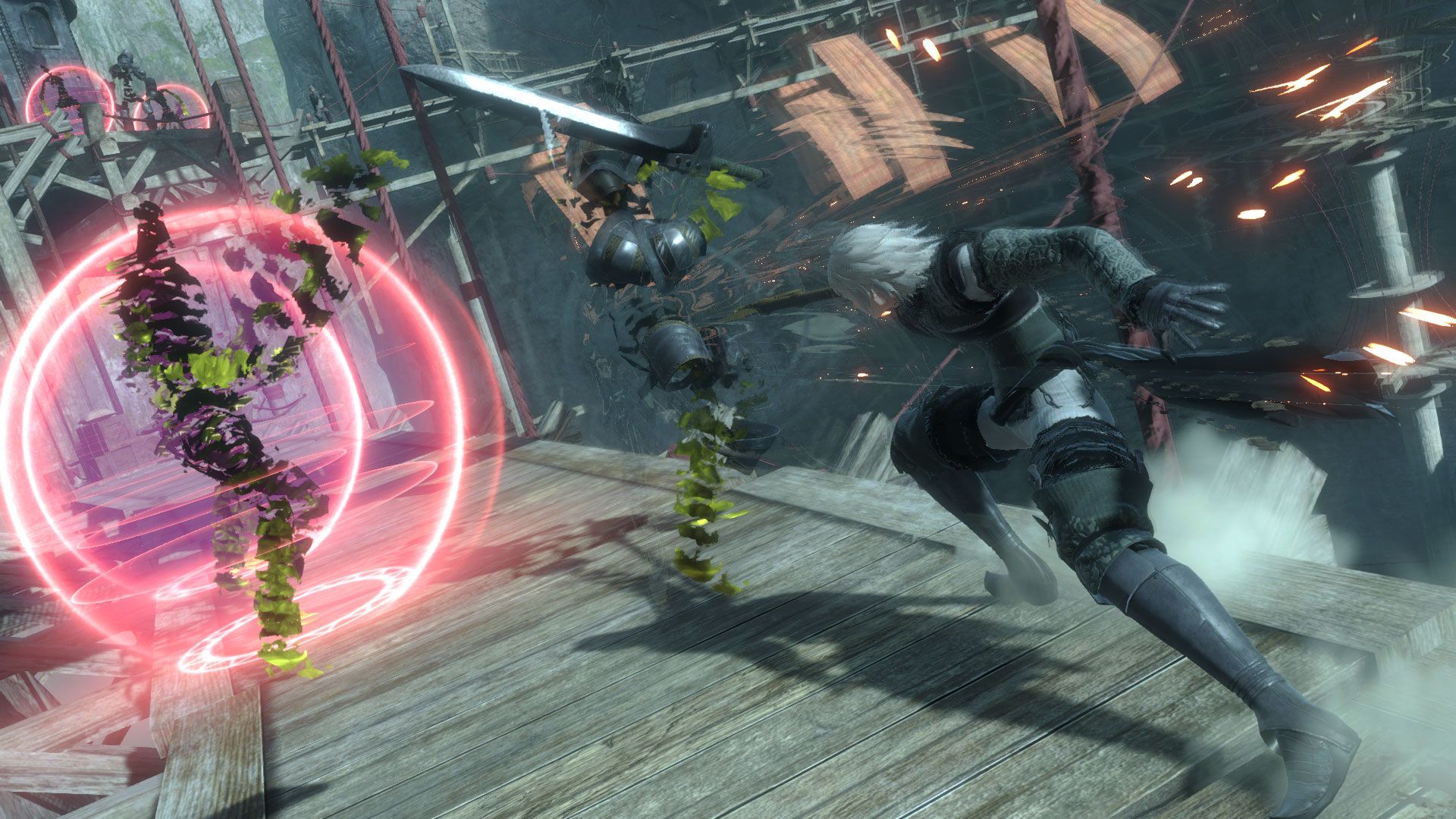 When I think about the original Nier, the story was almost a reward for navigating its nasty swamp of irksome design decisions, making it past a combat system and world that clearly didn’t have the budget it sorely required to shine. I still feel like that journey was worthwhile, with the emotional crescendo brought upon by many of its unexpected twists and turns standing the test of time remarkably. We might not have realised it back then, but Nier was accomplishing things that other games would take years to nail, so in 2021, it fits right in.

The remaster has been refined with combat that doesn’t quite match the gorgeous intensity of Automata, but it comes close, striking a balance that ensures Replicant still feels thoroughly modern. Movement is improved, while a few frustrating quests from the original have been overhauled so they don’t completely suck anymore. New content aside, the rest of the experience is surprisingly authentic. You’ll still spend hours delivering sidequests and awkwardly sprinting between different towns spread across the post-apocalyptic world.

Even though I found myself rolling my eyes a couple of times, I welcome how Replicant refuses to dilute the quirky ideas that defined the original game so many years ago. Automata did the same, providing you with arduous jaunts across the world in service of quests outside of the main narrative to pad out the running time more than anything else. It was tedious, but you’re stuck inside an unwelcome husk of our world, so I didn’t expect concessions to be made for my own benefit. Besides, fast travel eventually becomes a thing so it’s all rosy in the end. 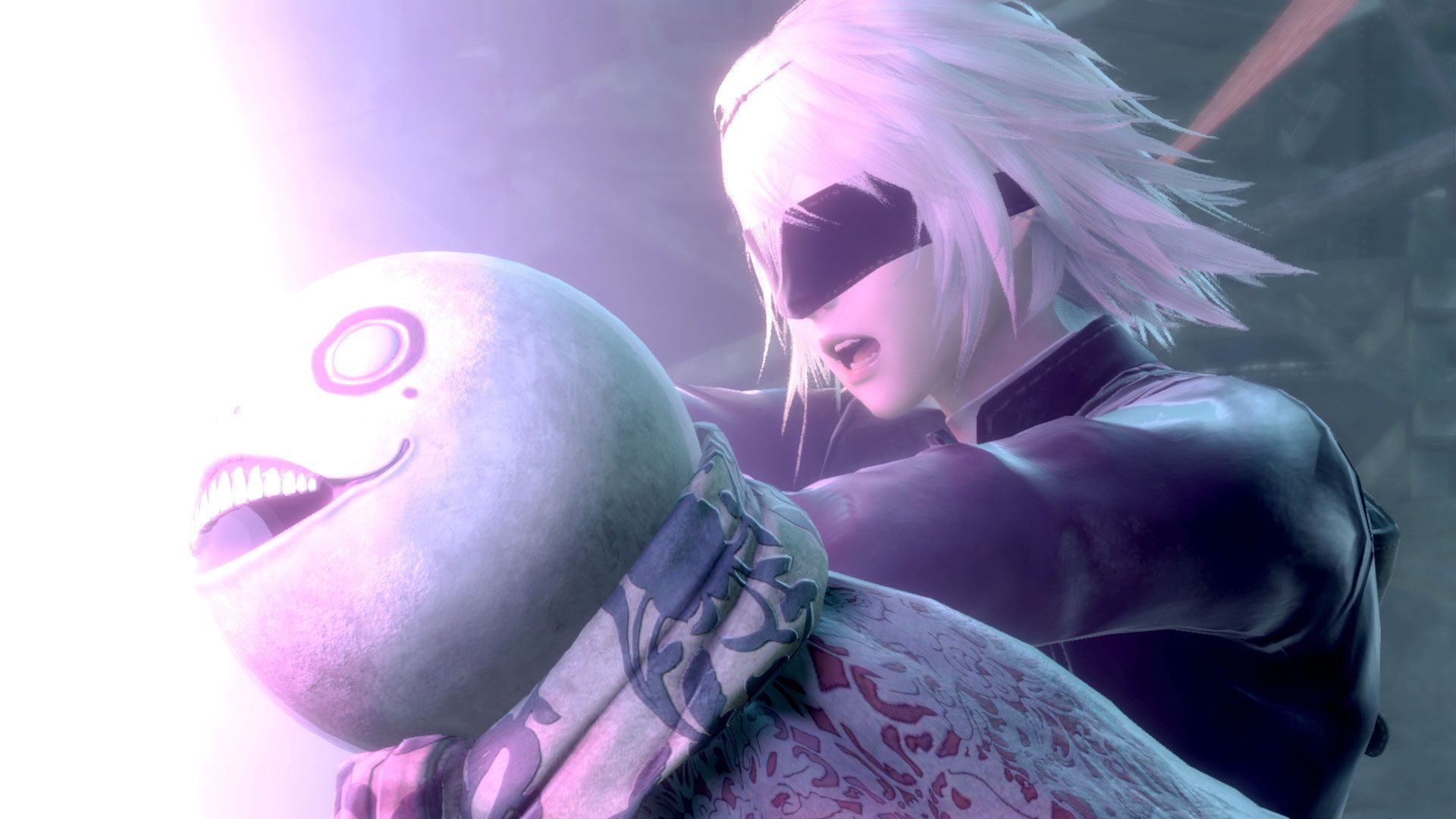 The town you call home in Replicant is the perfect example. So many quests involve speaking to one character before hopping across the street to speak with someone else, with the cycle repeating a number of times until progress is finally made. Returning from the Seafront only to be greeted by several new side quests that required me to return there again and again was certainly a nightmare, but it also brought with it a sense of warm nostalgia. I simply love existing in this bleak, washed-out world where hope is in short supply. We’re all pretty screwed, so let’s work together to build a better society while we can.

Replicant pokes fun at its protagonist being the one person keen to poke their nose into the affairs of others, eager to help out with the most menial tasks. Listen here old man, you can carry this tray of delicate goods to the next town over by yourself, but I’ll help because I’m a cute anime boy. Real JRPG struggles. Now, making fun of such cliches before immediately becoming subservient to them isn’t funny, it’s actually a little sad. Automata and Drakengard 3 would pull similar jokes, and they still work, with both of those games also being unafraid to embrace a beloved genre while also occasionally breaking free from it.

If Nier Replicant had taken its predecessor and morphed it into an unrecognisable blockbuster, so much of the charm would have been lost. People don’t just remember Nier for its poignant plot and lovable outcast of characters, they remember it for the obstacles that needed to be conquered to see the greatest things it was capable of. Replicant is no different, and it’s so much better for it. While the marketing positions it as the triumphant prequel to Nier: Automata, the reality is far more humble and understated. It won’t be to the taste of everyone, but once you push through the ennui, excellence awaits. 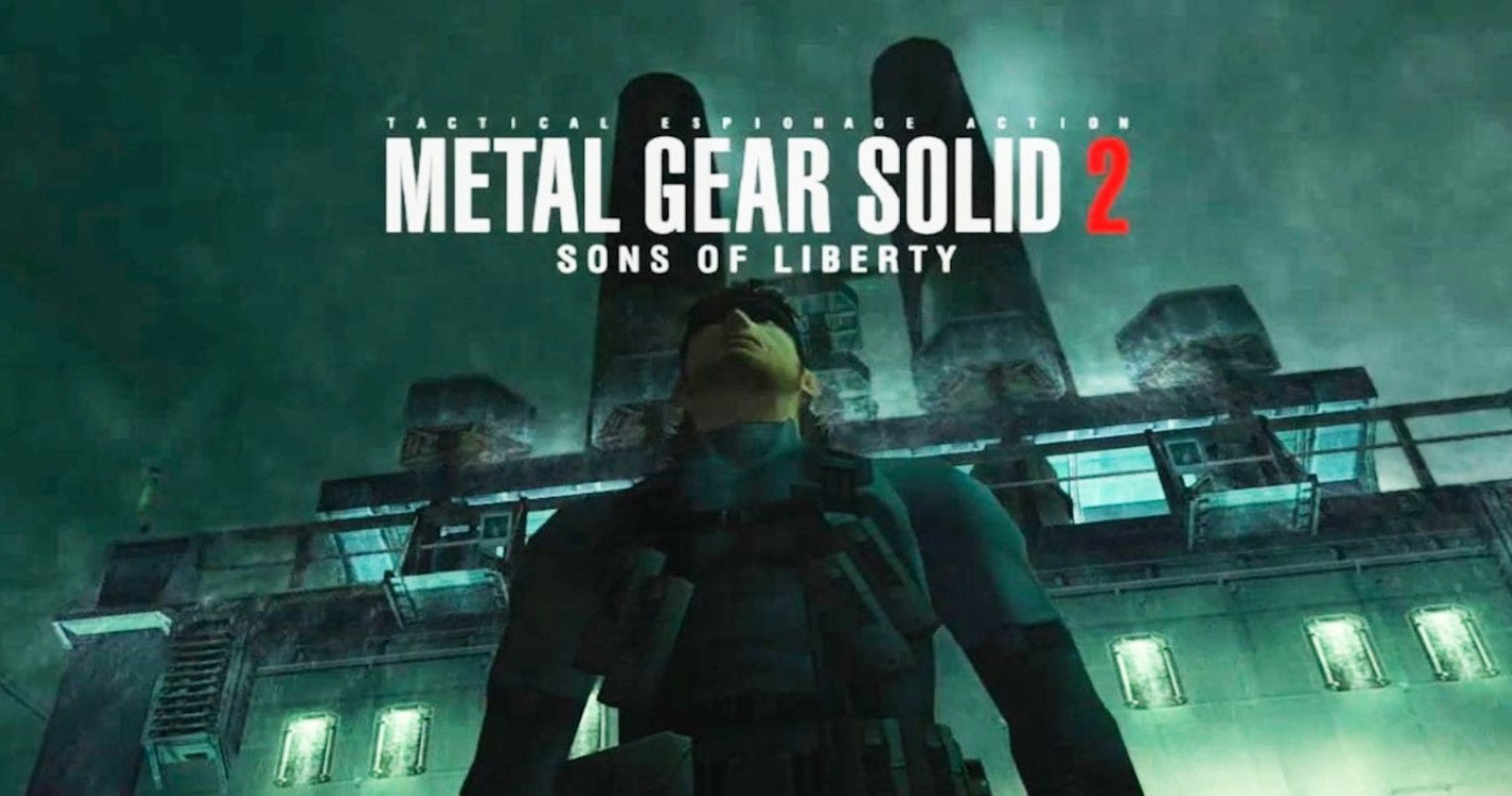 Jade King is one of the Features Editors for TheGamer. Previously Gaming Editor over at Trusted Reviews, she can be found talking about games, anime and retweeting Catradora fanart @KonaYMA6.