I’ve been sitting at my computer, staring at my keyboard, trying to think of a good idea for an article to write about the games that released this year. And for the life of me, I can’t think of much to say about 202o. Hades is undeniably the game of the year for me by a landslide, but at this point, everyone and their grandma knows about it. Everyone’s been singing its praises in regards to its awesome combat, great story, lovable characters, and gorgeous artwork. So adding yet another article about how fantastic Supergiant Games’ latest gaming achievement is to the pile feels kind of redundant.

Like Hades, most of the games I enjoyed this year came from smaller, independent developers. Obviously, the massive pandemic made things much harder for everyone involved in the game industry. But with or without Covid-19, it seems like this was always going to be a disappointing year for triple-A studios. 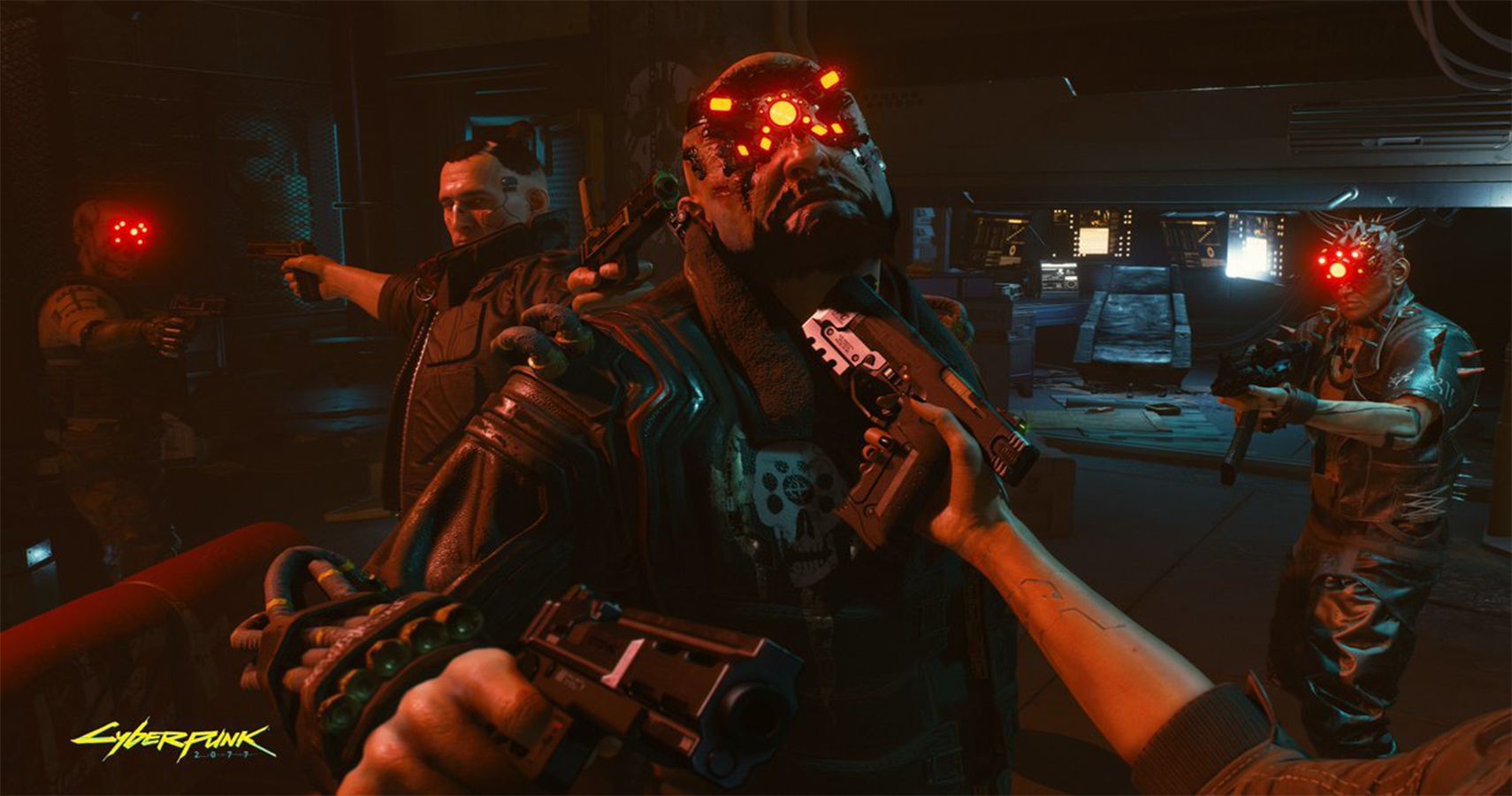 As 2019 was about to end, I remember thinking about the stacked year that 2020 was shaping up to be. We were finally getting Cyberpunk 2077! And Final Fantasy 7 Remake! There was going to be a remake of Resident Evil 3 as well! And a game based on the Avengers! I bet that new The Last of Us sequel is going to make so many people happy!

Of course, there was no way for anyone to know that 2020 would be a year spent indoors slathering each other with as much hand sanitizer as we could horde, but the games looked exciting and enticing. If anything, being stuck indoors was a blessing since we had so many titles to look forward to. Unfortunately, most of the triple-A games this year, for me,  didn’t deliver.

Not everything was a heartbreaking failure. Doom Eternal delivered more great FPS action (even on the Switch!) Animal Crossing: New Horizons allowed friends and family who were separated by the pandemic to still communicate by visiting each other’s islands and looking for the best turnip prices. While I personally thought it had a bit too much filler, Final Fantasy 7 Remake was a solid experience that provided a near-lethal dose of nostalgia.

And if you ignore the rabid ramblings on the internet, The Last of Us Part 2 was a fantastic title that refined the first game’s stealth mechanics and told a great story about loss and revenge. Was it as good as The Last of Us? Nope, but it was still pretty dang good.

Aside from those games and a few others, just about every major release failed to captivate me. Resident Evil 3 is fun to play, but it’s so short and devoid of content that it feels like a bit of a rush job (which it might have been since it came out only a year after Resident Evil 2). It was so short that Capcom added in Resident Evil Resistance as a bonus to justify it being a $60 purchase. That would have been a good deal, but Resistance is a pretty flimsy multiplayer title that doesn’t quite make up for RE3’s brief runtime. 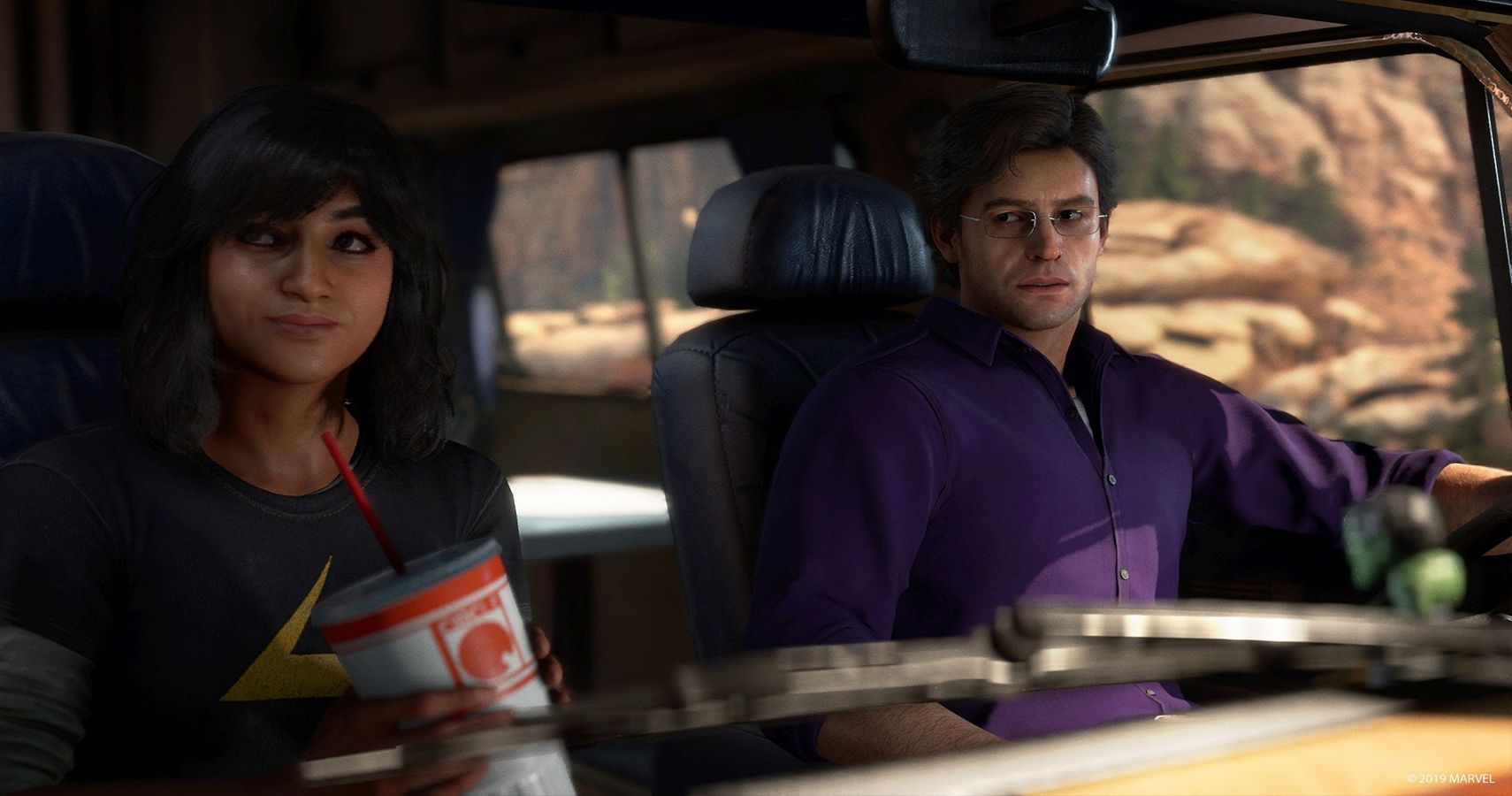 Marvel’s Avengers should have been a home run. You’ve got Captain America, Iron Man, The Incredible Hulk, and other beloved superhero favorites. Veteran actors like Troy Baker, Nolan North, and Laura Bailey were on board to bring these characters to life. And the studio behind the game was Crystal Dynamics, the same group of people who managed to successfully reboot the Tomb Raider franchise (even if that last sequel was pretty meh).

And what did we get out of that? A buggy, boring Destiny clone full of microtransactions. For some reason, the executives at Square Enix saw the disasters that were Anthem and Fallout 76 and said, “man, we gotta get one of those!” It really shouldn’t have been hard to make a good Avengers game. Yet, it came out, and everyone quickly grew tired of fighting the same robots over and over just so they could get the Hulk a new pair of pants that had +1 resistance to poison.

And then there’s Cyberpunk 2077. Frankly, I’m impressed by what CD Projekt Red managed to accomplish this year. Over the course of about a week, the studio went from being one of the most beloved game studios in the world to a snake oil salesman. That’s got to be a record. Even Bethesda and Hello Games managed to hold onto a few tattered shreds of respect when their disastrous games launched.

CD Projekt made its game seem like it would be the most immersive RPG experience ever and then put out an alright open-world shooter with wonky AI and the most bugs I’ve ever seen in a major release. I have never before played a game where at any time I could fall through the map, randomly lose my pants, or see an NPC appear out of nowhere and strike a T-pose. I don’t think they should even bother patching it anymore. As it is right now, it’s so busted that it’s practically a work of unintended comedic genius. 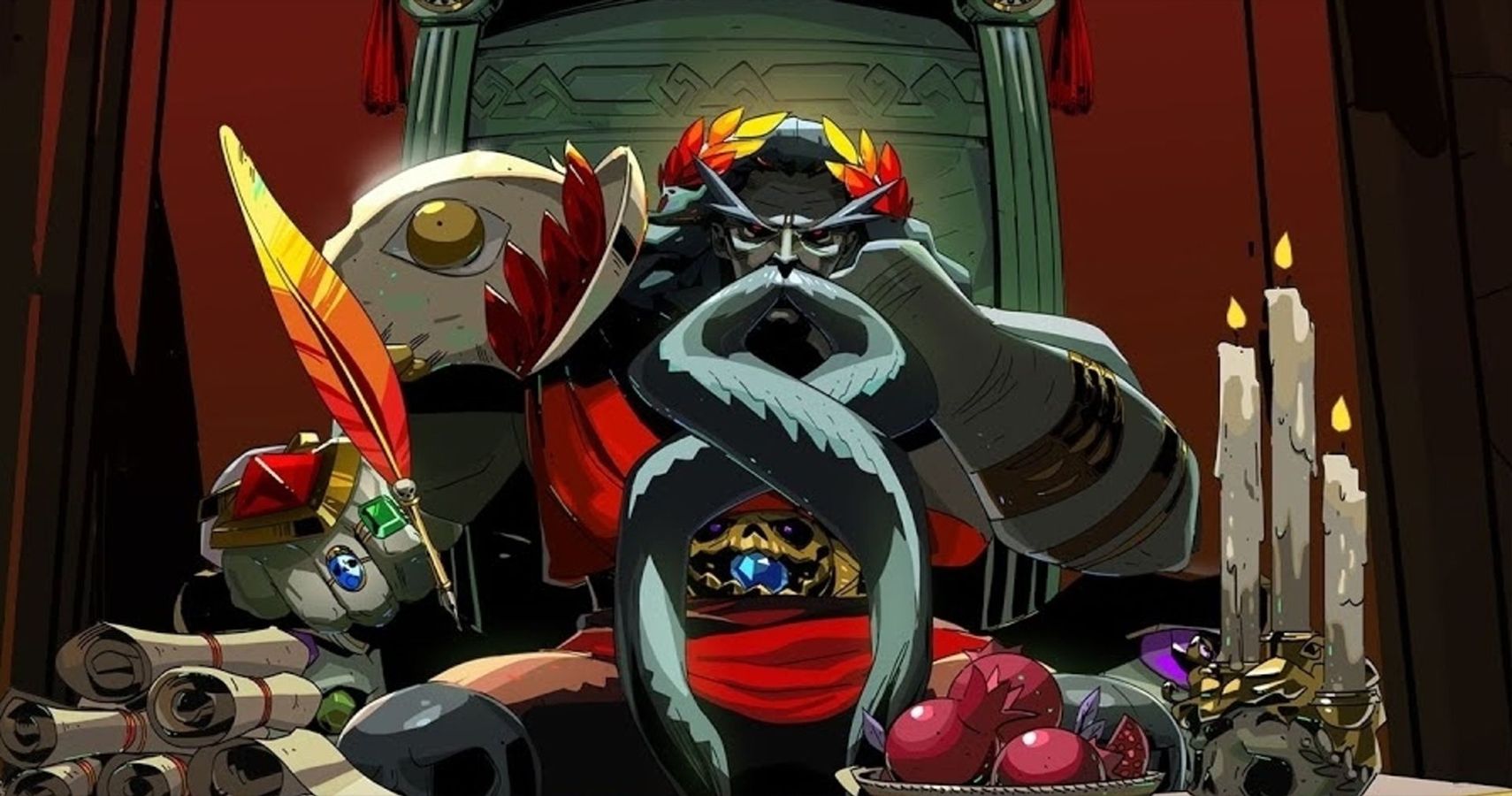 When I think about the games that really impressed me this year, there are few if any triple-A games that stand out. The biggest hits of this year were all small indie gems that exploded in popularity.

I’ve already mentioned my love for Hades, but Supergiant Games managed to create a more compelling and immersive experience with their isometric roguelike than CD Projekt could with their sprawling, big-budget, open-world game. Hades has character development, excellent dialogue, and fluid combat. Cyberpunk 2077 has giant billboards where a creepy dude leers at a bikini-clad butt.

Seriously, that billboard is everywhere. What the actual hell CD Projekt?

Fall Guys: Ultimate Knockout took the concept of battle royale games and placed it in the world of platformers. Phasmophobia allowed friends and strangers to team up to hunt ghosts. Among Us didn’t release this year, but it exploded onto the gaming and streaming scene out of nowhere in 2020 and is now as popular with kids as Fortnite or Roblox. Besides those indie juggernauts, there was also a wide array of other smaller releases like Risk Of Rain 2, Ghostrunner, Carrion, Spiritfarer, 13 Sentinels: Aegis Rim, and other games that did something new, unique, or just plain interesting. 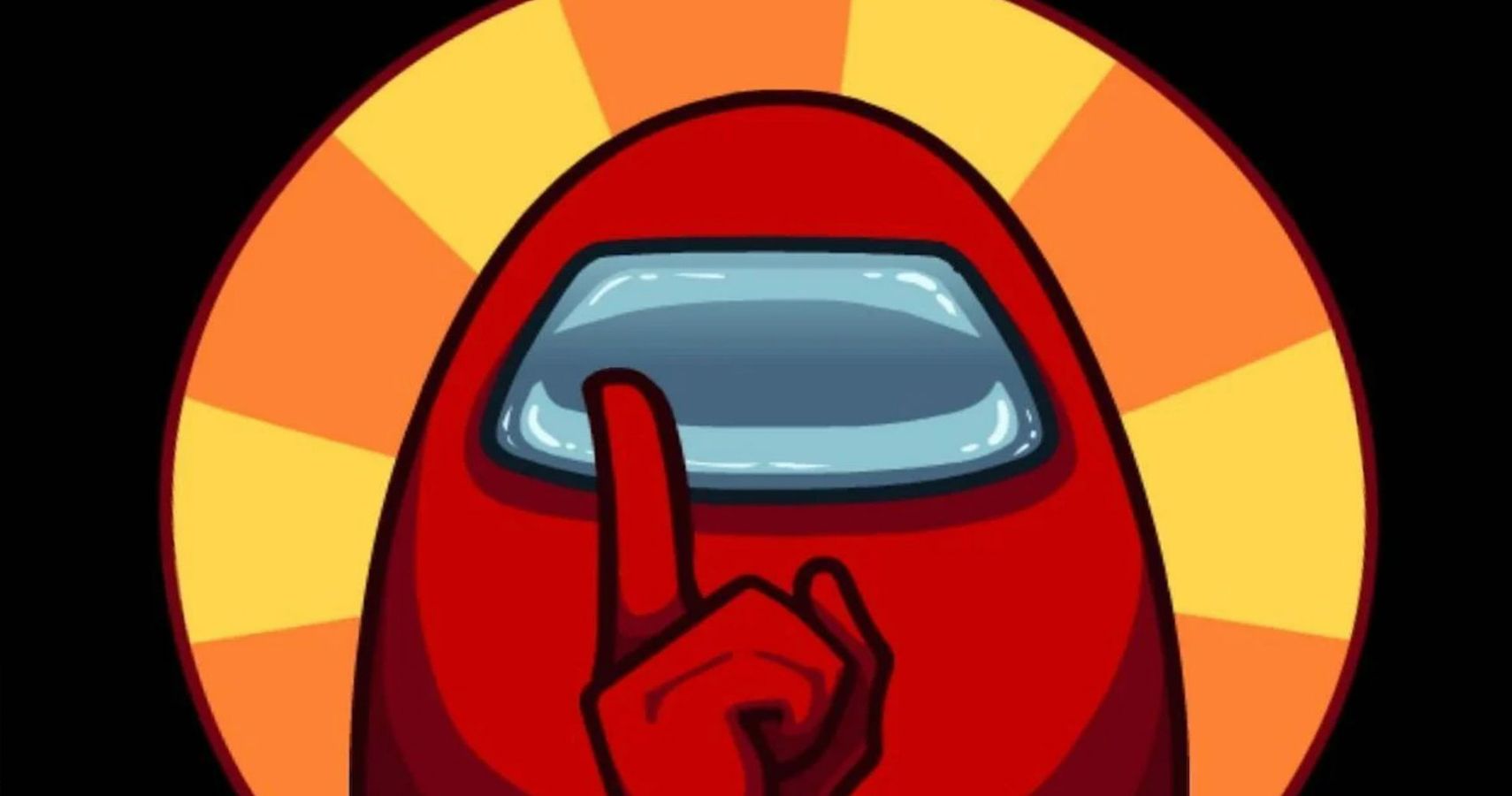 The mediocrity of the triple-A titles released this year can’t be attributed to the pandemic alone. Thanks to corporate greed or unhealthy work conditions – that usually involved crunch or flat out harassment – most major, blockbuster games that came out felt uninspired, derivative, or unfinished. Two of the most anticipated games of all time released in 2020 and they were outshone by a tiny mobile game about multi-colored spacemen. That says it all right there.

2020 was a crummy year for games – and in general – but at least something like Hades came out of it. This year showed us that it’s the smaller indie developers who are making the games that matter. Among Us is a bonafide sensation, and games like Fall Guys and Phasmophobia turned out to be bigger mainstream hits than the most recent Call Of Duty or Assassin’s Creed sequel. While the big-name publishers failed to justify their $60 price tags – which is now $70 because hey, why not? – indie studios picked up the ball that triple-A studios dropped hard.

NEXT: The Biggest PC Games To Look Forward To In 2021 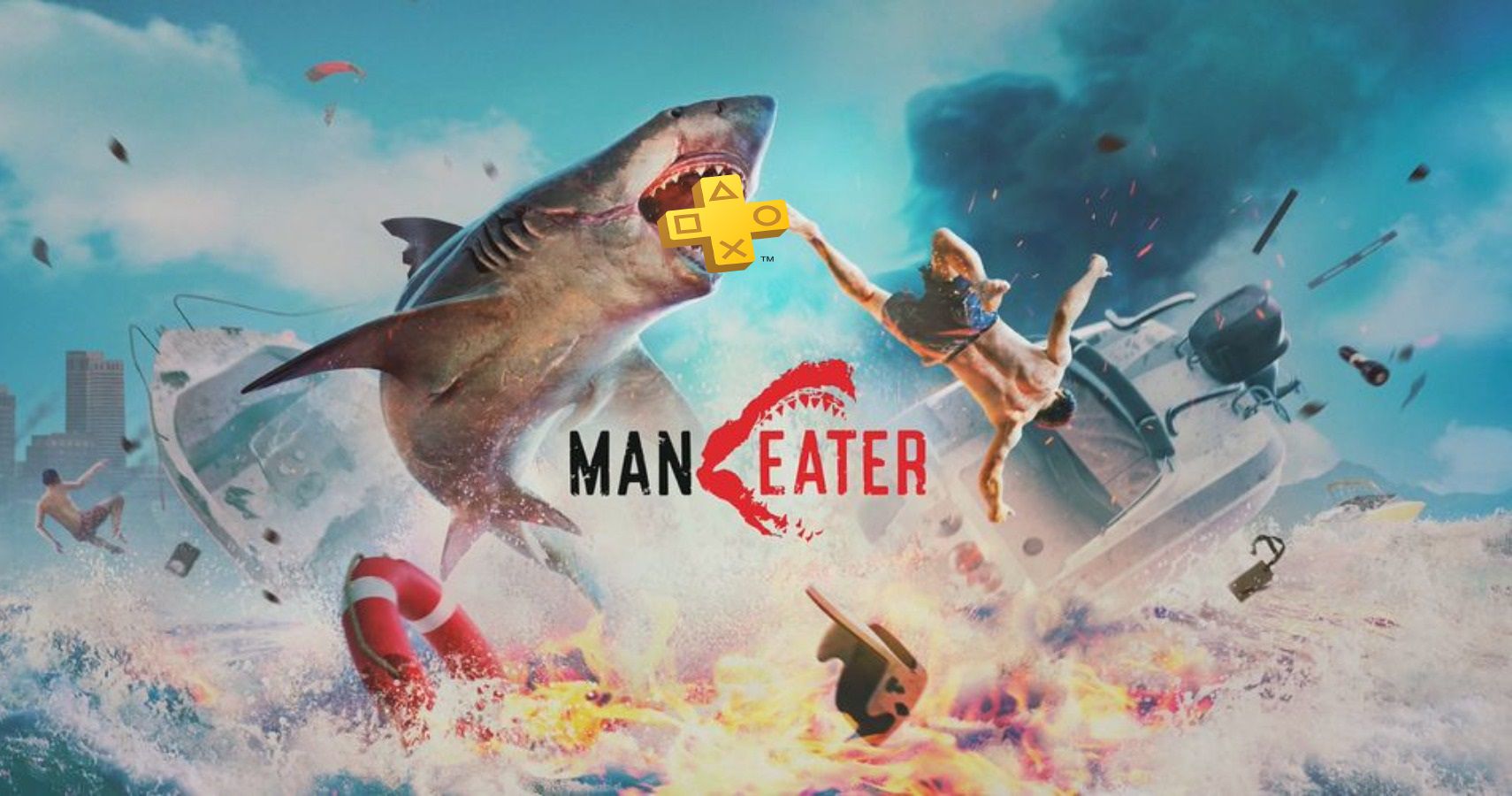