Angelina Jolie’s Tomb Raider is 20 years old. Let that sink in for a second. I watched it when I was a kid, and I remember certain parts of it like the shower scene and how crusty Daniel Craig looks. Mostly the shower scene though. In honor of TheGamer’s ongoing Tomb Raider Week, I watched Lara Croft: Tomb Raider again for the first time in at least a decade, and I can not believe how wacky and wonderful this movie is. The logical leaps you have to make in order to keep up with this (barely held together) plot go far beyond what anyone would consider reasonable or decent in 2021. It makes no effort to explain itself or contextualize a single thing that happens in it. Tomb Raider expected people to know about the game it was based on and it didn’t make any apologies for being a video game movie – despite the fact that it was one of the first blockbuster video game movies ever made. It feels like a fever dream today, yet it remains among the top ten most profitable movies based on video games of all time. If you haven't seen Lara Croft: Tomb Raider, or if you haven’t seen it since you were a kid, get ready for a wild ride.

Tomb Raider begins, appropriately, in a generic Egyptian tomb. As Lara carefully makes her way towards a gem bathing in a sunbeam, she’s suddenly attacked by a ten-foot robot with four arms. We’re two minutes into the movie, and Lara Croft is already besieged by a rejected design for General Grievous. The two fight until they’ve destroyed all of the ancient artifacts in the tomb, then Lara disables the robot by yanking out some cables, ejecting the “Kill Lara Croft” disk in the tiny computer in its chest, and plugging in a disk called “Lara’s Party Mix”. As Speedballin’ by OutKast plays out of the robot’s speakers(?), Lara drags the metal husk out of the tomb, revealing this was all part of training exercise. Apparently Lara has a realistic Egyptian Tomb in her house where she practices fighting robots. None of this really explained or explored any further.

This opening sets up the tone of the movie perfectly. It’s full of unexplained nonsense from beginning to end and it makes no effort to clarify or give context to the events. We only ever learn three things about Lara Croft: She’s rich, she misses her dad, and she’s some kind of world-saving adventurer. The movie expects you to know enough about Lara from the games that you just don’t question anything else. There’s a training mission in the Croft Manor in Tomb Raider 2 where you get to explore the mansion and run through Lara’s ‘Assault Course.’ The opening to the movie is based on that level, and if you didn’t know that, I guess you just have to make peace with being in the dark. 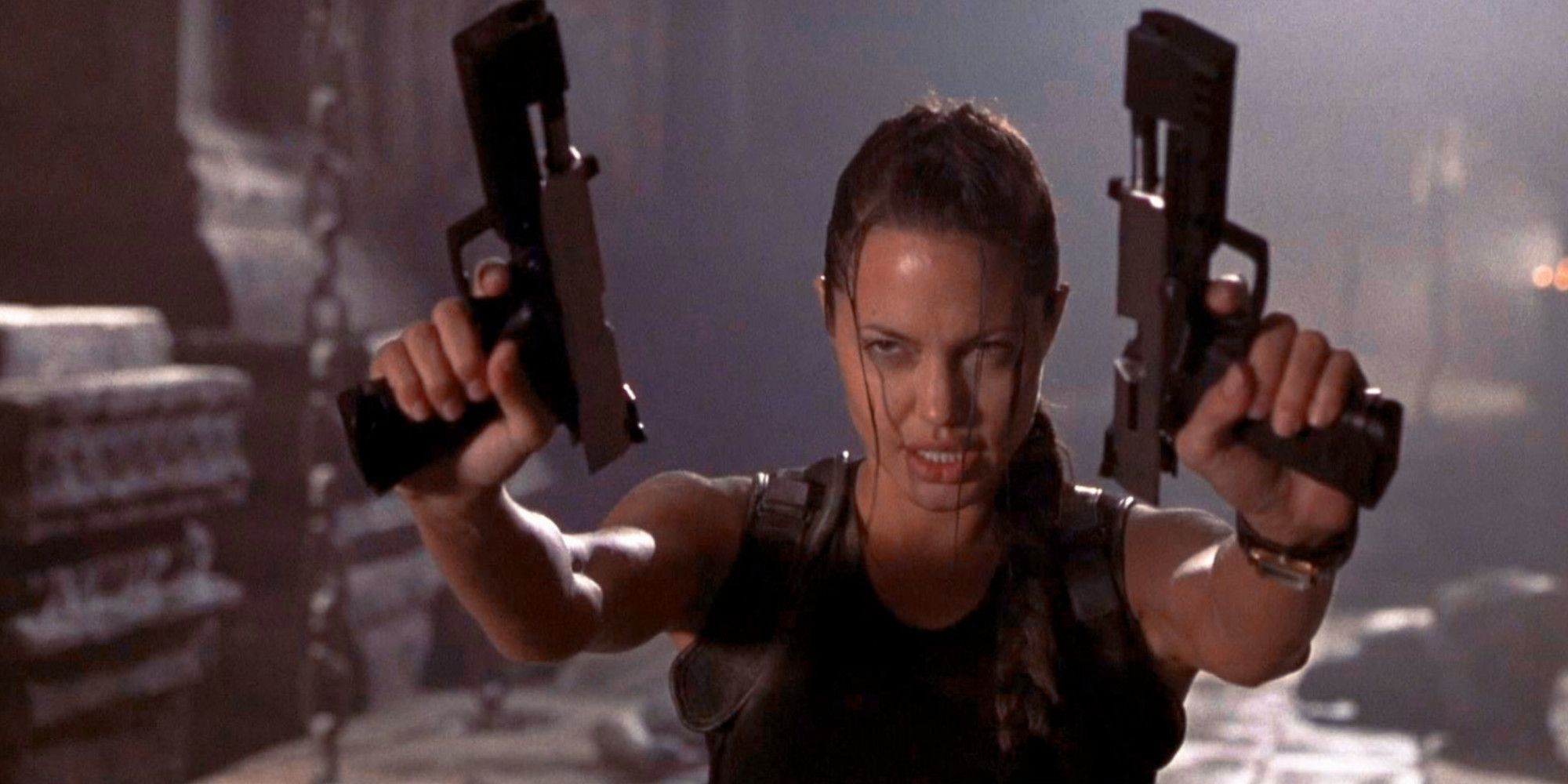 People often refer to Lara as the Tomb Raider without providing any further information about her history or what that means. From comments she and other characters make, we can gather that she’s gone on many adventures and saved the world before. Lara seems to be bored with her life now, despite keeping up with her training against killer robots. When Lara’s butler presents her with some kind of case files and suggests that it's time to get back to work, Lara tells him that she doesn’t want to go to Egypt because “It’s nothing but pyramids and sand,” which is a hilarious thing for the Tomb Raider to say.

There’s a villain, of course. An Illuminati leader, played by Game of Thrones’ Iain Glen, has found a way to control the flow of time. Glen teams up with Daniel Craig to steal an artifact that Lara’s dad hid from them. He was also a part of the Illuminati, but he betrayed them and hid the artifact Croft Manor. He was killed for his betrayal, leaving Lara to clean up the mess and stop the Illuminati from completing the ritual that would give them control over time.

The best thing about Jolie’s take on Lara is how utterly unphased she is by everything. The Illuminati wants to perform an ancient ritual during an eclipse and control the flow of time? No problem, where are my dualies? She throws herself head first into the adventure when a team of paramilitary soldiers raid her mansion by killing all of them and immediately following the villain to Cambodia. There she works with Daniel Craig to solve a puzzle in a temple that causes a bunch of six-armed guardian statues to come to life, and she doesn’t even bat an eye. Movies today would never be brave enough to introduce autonomous warrior statues without at least making the protagonist say something like “You guys can move? This is crazy!” Or “I usually don’t fight old folks, but for you I’ll make an exception!” Lara doesn’t acknowledge the absurdity at all, she just delivers a sequence of perfect roundhouse kicks and knocks all of their heads off. 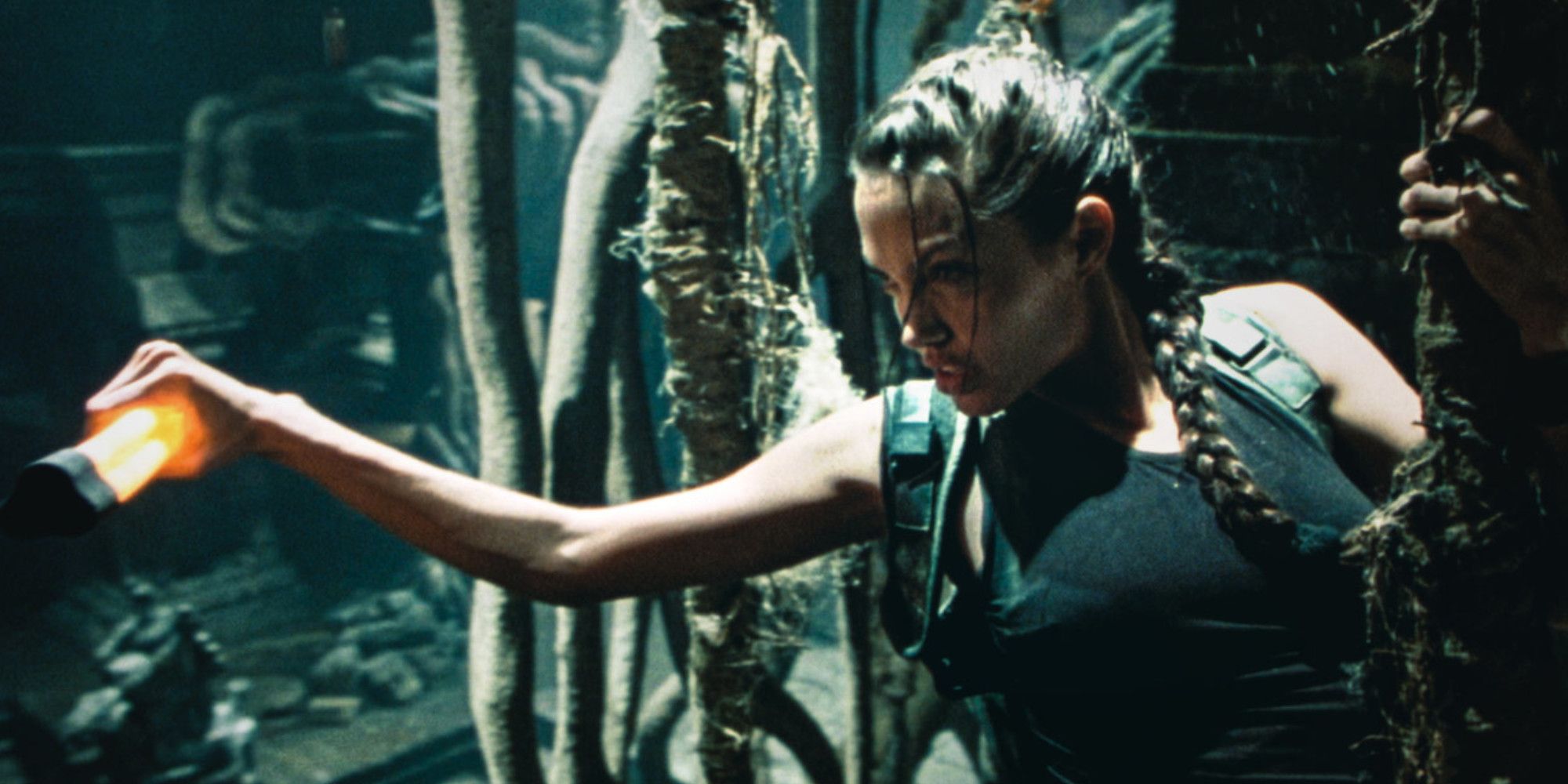 When they finally make their way to the magical orrery in Siberia where the ritual will take place, Lara sees a shimmering rift in the air around the contraption. “It’s a time storm,” she explains. “Time is broken here.” So, that’s just a thing she knows about. Spent a lot of time around ‘time storms’ Lara? Apparently so, because somehow manages to activate the device, enter the anomaly, talk to her dead father in the afterlife (?), time travel to the past, and freeze time to turn a knife around in the air so that it flies into Iain Glen’s chest. If you haven’t seen it, you might think I’m making all of this up. It all goes back to that first scene with the robot in the fake tomb though. If you can accept that as a reasonable premise, then everything else that happens in Tomb Raider is equally as plausible. No explanation required.

Lara Croft: Tomb Raider was only the seventh video game movie ever made, and four of those were martial arts movies. Another director would have played it safe and maybe toned down some of the more fantastical elements of the games, but Simon West decided the Tomb Raider movie should be even more video gamey than the video games. It was poorly received by critics and gamers at the time (IGN gave it a 0.0/10) but it’s still one of the most successful video game movies ever. Tomb Raider is a nonsensical movie, but I don’t think it gets enough credit for how earnestly it approaches the absurdity. Jolie plays it straight, never showing any signs of detachment from the reality of the plot. It’s unapologetically over-the-top in a way that most video game movies aren’t brave enough to do without lowering themselves to camp. It may not have captured what makes Tomb Raider so great, but video game movies might not have survived had it not been so successful, not to mention what it did for female-led action movies.

I don’t have a good way to end this, so please enjoy this image of Daniel Craig looking extra crusty. 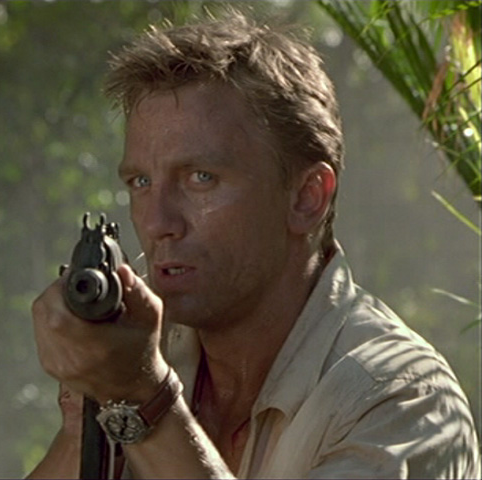