New Pokemon Snap is an absolute joy, mostly because it shows the sweet side of every Pokemon – even the boring birds and fish. As you roll along the peaceful paths–the sole human in the whole space–you get a window into the way Pokemon life should be. There’s not a single battle or Poke Ball in sight, just a bunch of critters living in the moment. But the player character is there to take interesting photos, and it was in the name of this quest that I accidentally murdered a poor Morelull.

I’ll forgive you if you’re not immediately familiar with Morelull. It’s not the most popular of Pokemon, as it doesn’t have a particularly cool or universally appealing design. The most beloved Pokemon tend to be based on animals, and Morelull is a bioluminescent mushroom. The fact that it’s based on Fairy Fire sets it apart from other basic Grass-types, but it’s still not topping any “Best Pokemon” lists. Even I was pretty neutral about Morelull when I hopped into New Pokemon Snap’s nighttime jungle level for the first time. 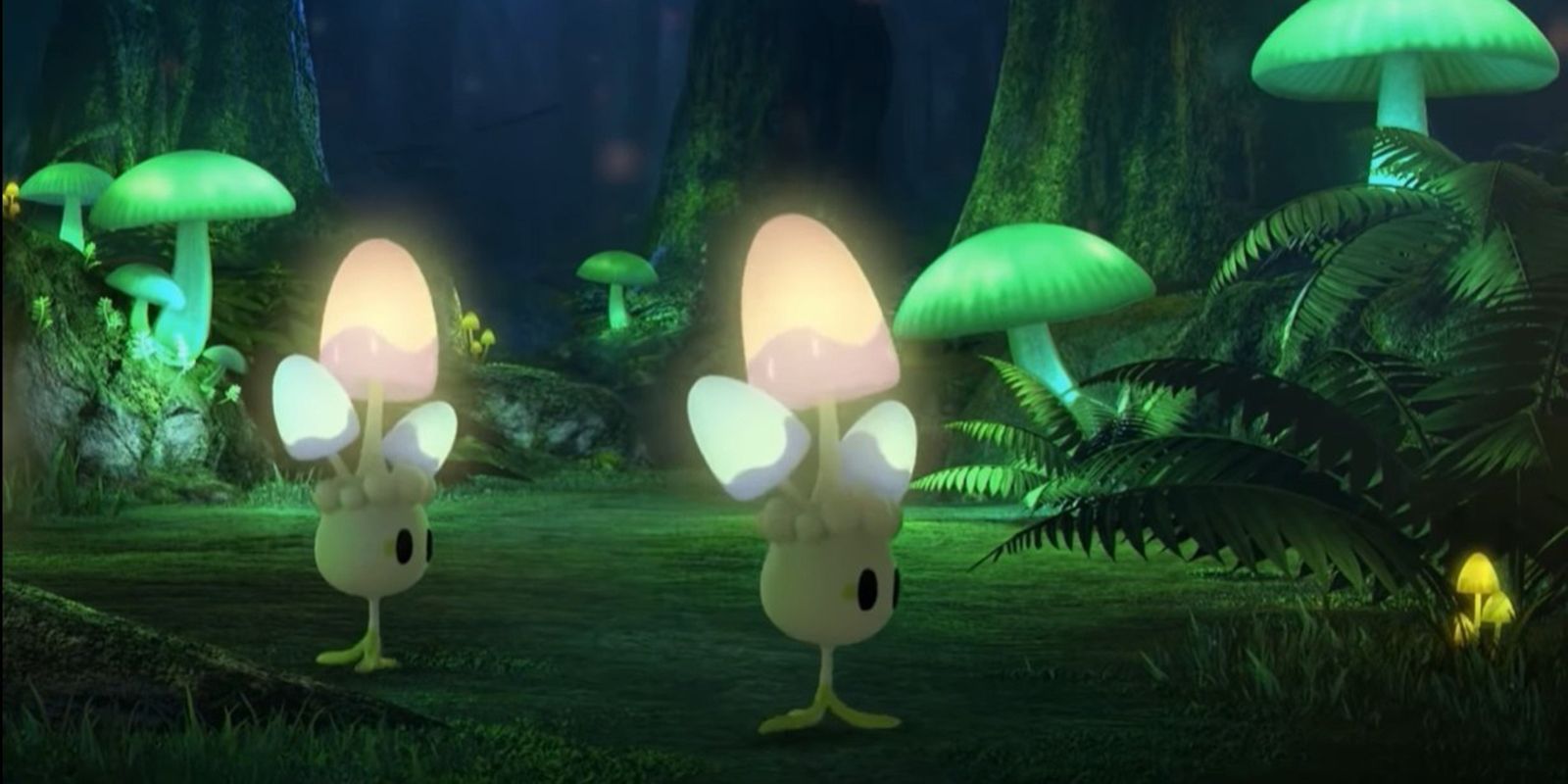 As soon as you hit the thick of the wilds, Morelull greet you as they sit on the twisting network of branches. They’re all aglow in a row, and it’s quite a beautiful sight. But this is New Pokemon Snap, where a well-taken photo of magical phenomenon barely qualifies for one out of four stars. To get the good shots, you have to mess with the natural order by throwing stuff. Keeping that in mind, I came upon a trio of Morelull walking around.

It was the first time I thought Morelull was cute. The way they manage to support themselves and walk on their tiny, spindly roots makes no sense. And sure enough, those roots provided no support when I started chucking apples at them. A Morelull went down immediately, his friend looking on in horror. I audibly gasped… and then took a solid three-star photo. 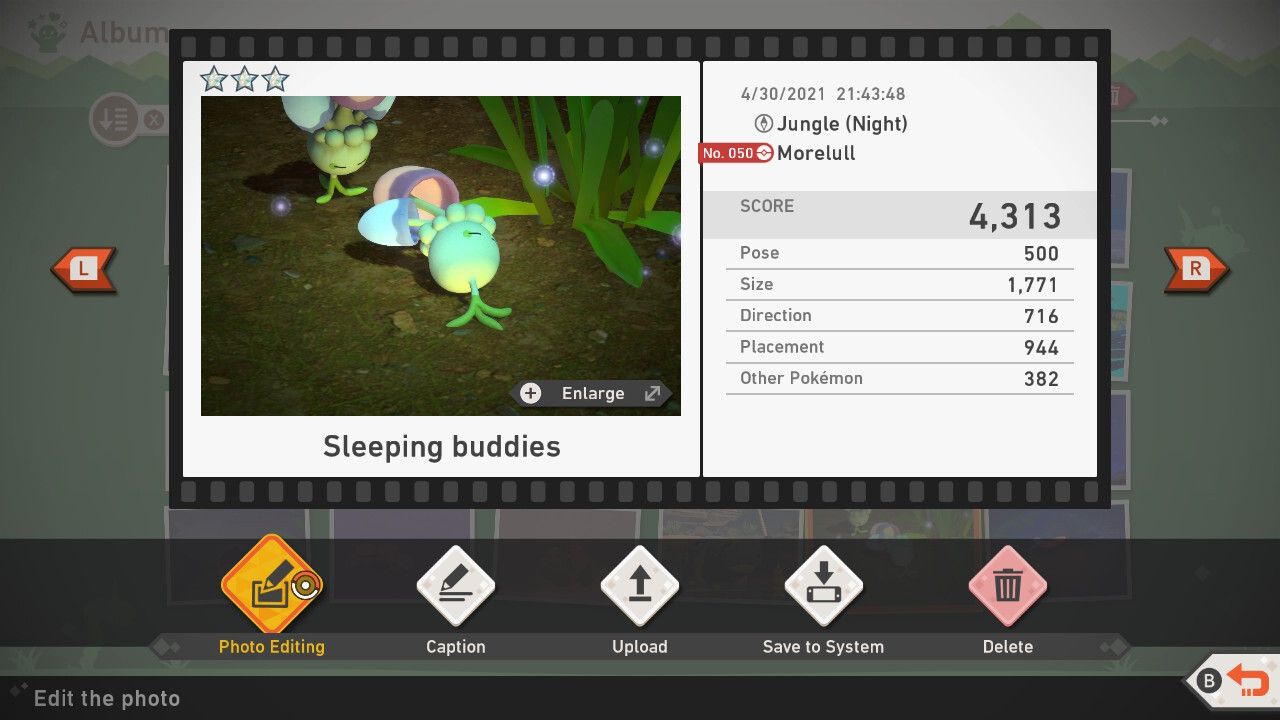 My girlfriend, meanwhile, practically fell over herself, but with laughter. We were taking turns, and she used her next one to revisit the jungle immediately. Since this is a video game, everything reset, and Morelull was walking around as usual. It even danced along to the music my girlfriend played. But I still know what I did, and my brutal assault of Morelull will stick with me. It might even become my most memorable gaming moment of the year, if not a contender for top five of all time.

New Pokemon Snap creates a lively, ever-changing world of Pokemon wonder. But behind the whimsy is a darker side. I may not be sending Pokemon into battle, but I’m still knocking them around. And you know what? I’m missing a four-star photo of Morelull, so I’m gonna do it again.