Inside The Bizarre (And Pervy) Mortal Kombat Knockoff That Never Was

Tattoo Assassins tried to be the next Mortal Kombat, but it go caught with its pants down.

Street Fighter 2 and Mortal Kombat revolutionized fighting games in the ’90s and spawned countless wannabes like Killer Instinct and Primal Rage. Some were fun. Some were irredeemable garbage. Tattoo Assassins exists in the latter category. In fact, it was so bad that it died before it was even born.

Development kicked off in 1994 to a promising start. Developer Data East had made many other successful arcade games, such as Robocop, Burger Time, and Karate Champ, and wanted to cash in on the immense popularity of Mortal Kombat.

At the time, the developer also produced licensed pinball machines for things like The Simpsons, Star Wars, and Back to the Future. Back to the Future’s screenwriter, Bob Gale, collaborated on the development of the pinball game. After that collaboration, Gale put his idea forward for Tattoo Assassins, and he came onboard the project as a writer.

As well as being backed by stellar writing talent, many of the game’s characters were played by B-list celebrities. The most famous among them was former Oakland Raiders cheerleader Gretchen Stockdale, who was also a witness at the OJ Simpson trial. The team was only given nine months to complete the game and were promised perks and massive bonuses if they could pull it off. Reader: they could not pull it off.

The premise revolved around magic tattoo ink that gave chosen people special powers – each fighter adorned with a different animal tattoo, from dragons to tigers. When they performed special moves, the tattoos would come to life and imbue their attacks.

Many of the characters were stereotypes with problematic backstories. Maya was an Amazonian warrior fighting for her land, and Billy Two Moons was a native American on the run from the government. Other characters were downright bizarre, like Rhina, who was half rhino. One of the weirdest is Karla Keller, who’s based on figure skater Nancy Kerrigan. She also does this: 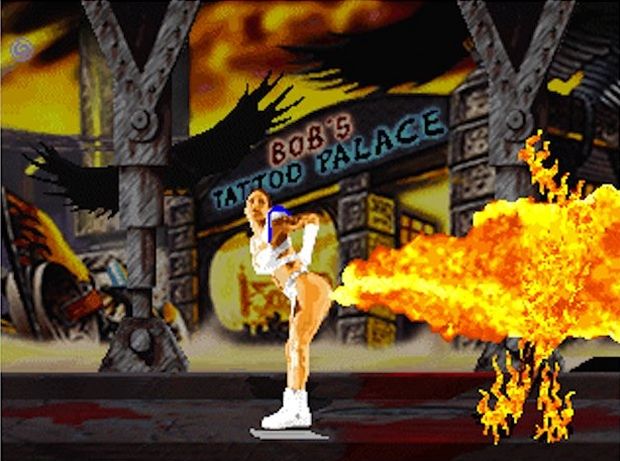 You see, as well as a range of ordinary special moves, the developer gave many of the fighters fart and diarrhea attacks. Sexy.

They also tried to copy Mortal Kombat by giving every fighter multiple fatalities. Their marketing campaign boasted about having over 2,000 fatalities, when the real number was actually around 50 to 60.

Tattoo Assassins even went a step further than Fatalities and added “Nudalities”, which allowed you to strip off the enemy fighter’s clothes after beating them. It’s all very classy. 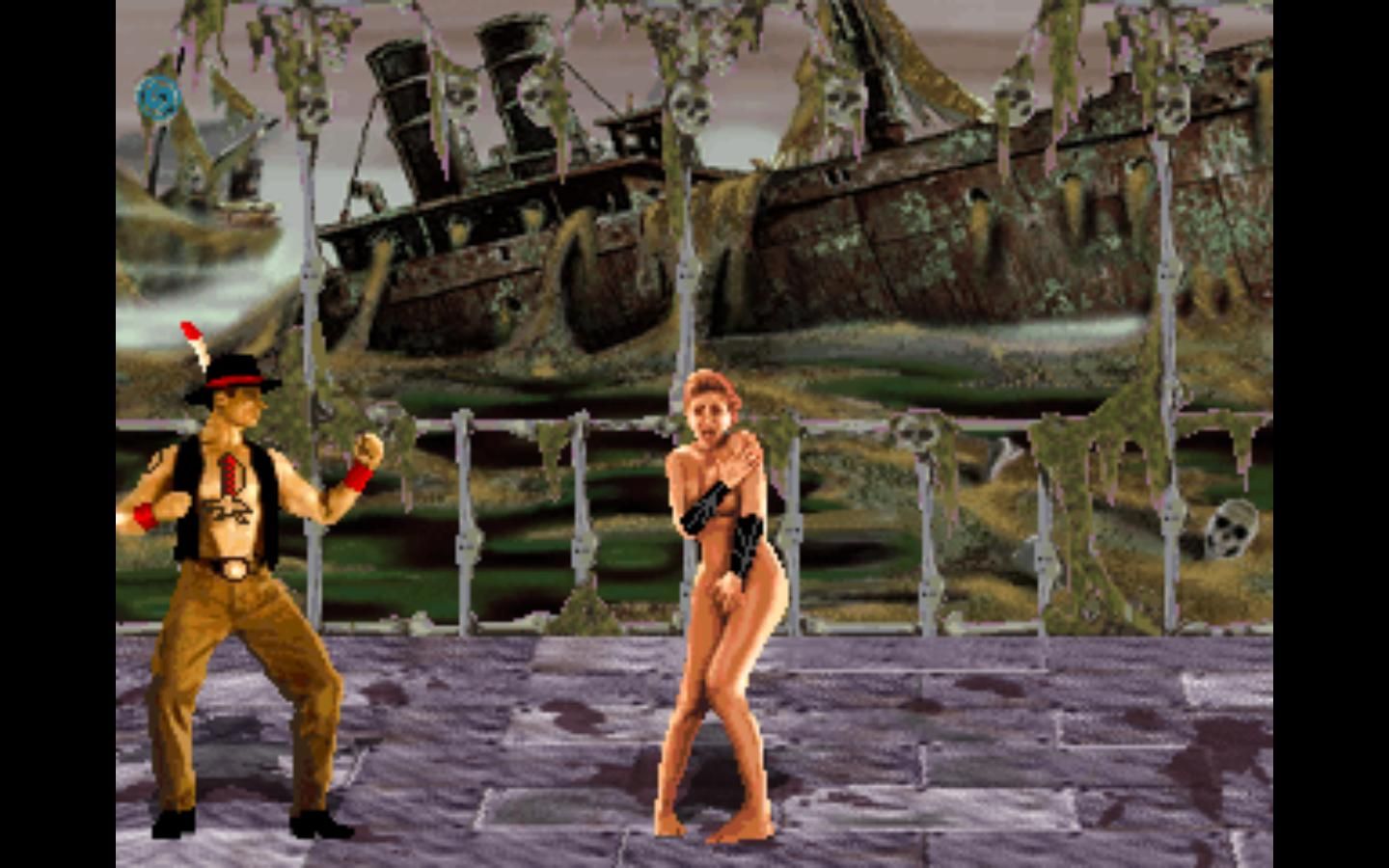 Tattoo Assassins was almost completed, but didn’t make it to production. SEGA took over Data East and didn’t want a game to rival Virtua Fighter. Before the project was canceled, a few prototype cabinets were made, but most of them were destroyed.

Somehow a playable version exists on the internet, and it joins the likes of Kill Thrill as strange, controversy-baiting fighting games that were never released.

READ NEXT: Remembering The Time Wu-Tang Clan Was Tied To One Of The Most Controversial Video Games Ever