Welcome back to Pokemon Movies in Review, a weekly recap of the entire Pokemon cinematic universe. This week we’re revisiting Genesect and the Legend Awakened, the final entry in the Black & White series and a real mess of a movie – at least from a continuity perspective. Legend Awakened has a fascinating premise that mirrors the first Pokemon movie, Mewtwo Strikes Back, and explores the ethics of genetic engineering, the power dynamics between humans and Pokemon, and – for the second time in the Black & White generation – the diaspora of a displaced people (or in this case, Pokemon). Unfortunately, the plot is horrifically hamstrung by, of all things, the missing rights to Mewtwo. The result is a movie that fails to reach its full potential, instead delivering only a neutered message, once again, about the power of friendship.

Gensect and the Legend Awakened takes place in and around New Tork City, a bustling metropolitan with a central nature preserve called Pokemon Hills. The titular Genesect is actually a group of four Gensect led by a shiny red one who is able to control the group telepathically and force them to do whatever it says. The Genesect are on a violent tear through the are surrounding New Tork City when they’re intercepted by Mewtwo, who rescues them from an avalanche. Mewtwo reads one of their minds and learns that the group was resurrected from three-hundred-million-year-old fossils by Team Plasma. Having escaped their captors, the Pokemon are now on a mission to find and reclaim their former home in what is now New Tork City, and they’re willing to destroy anyone that gets in their way.

Related: The Pokemon Black And White Movies Are A Pointless Exercise In Saying Nothing

Mewtwo can relate to the Genesect, having been created through very similar circumstances. Later in the film we’re shown a recap of Mewtwo’s origin story in which it was created as a clone of Mew, tortured by its creators, and eventually escaped by unleashing its power and destroying the facility where it was created. After a long journey of self discovery, Mewtwo now serves as a protector of all Pokemon. The Genesect have inadvertently run into the one person that can help them find their place in this strange and unfamiliar world. 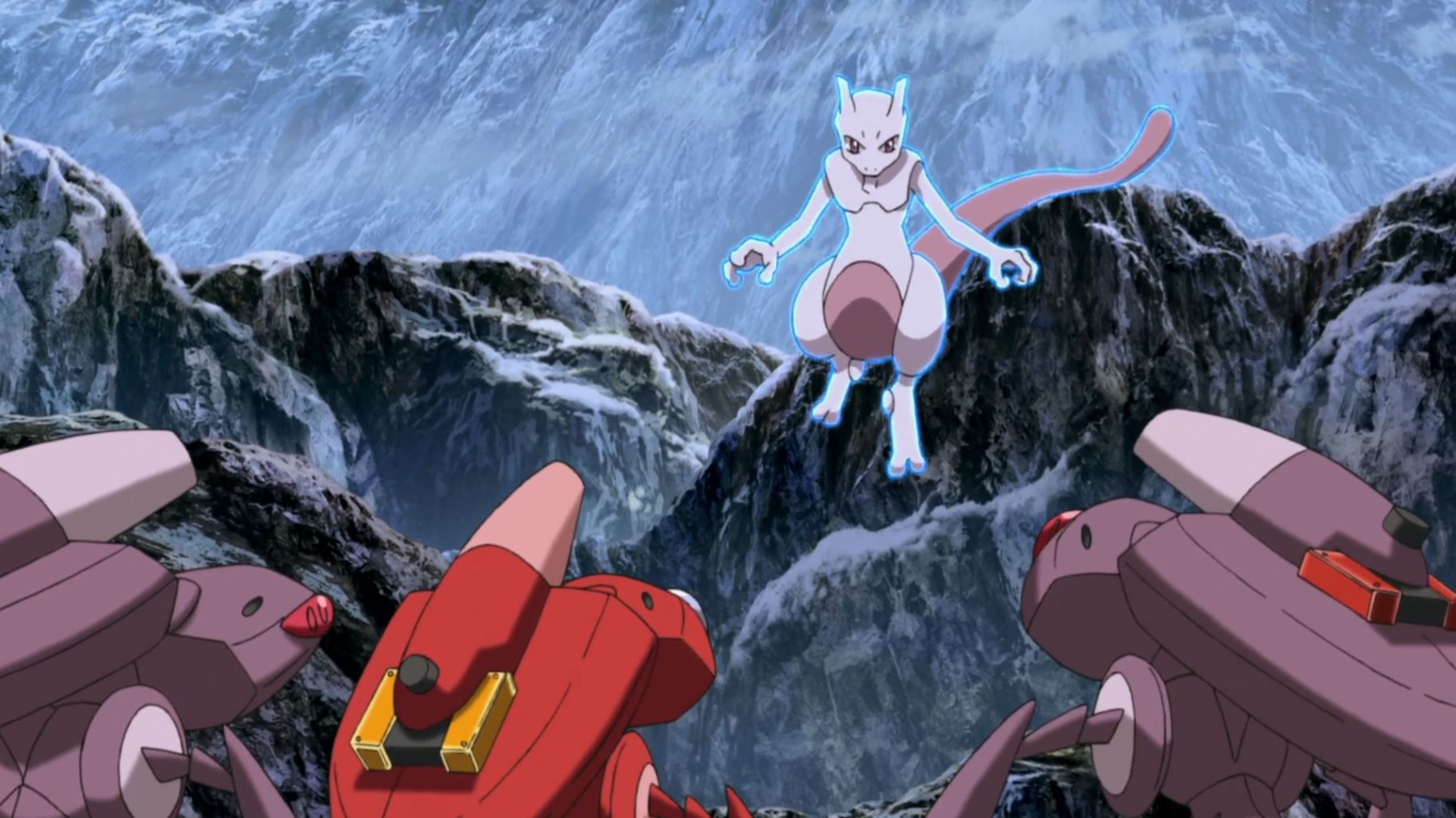 But wait, why does Mewtwo have a feminine voice now? And why didn’t the flashback include Giovanni or the events of Mewtwo Strikes Back? Believe it or not, this is meant to be a completely different Mewtwo from the one featured in Mewtwo Strikes Back and its TV sequel, Mewtwo Returns. Yes, a different group of unnamed scientists somehow collected Mew’s DNA, somehow decided to make a genetically-enhanced clone of it, and somehow managed to succeed on the first try (eat shit, Team Rocket). Just like the original Mewtwo, this second clone was also pushed to its limits until it unleashed its power and killed its creators. So why did the filmmakers create another Mewtwo with the same origins as the original one, instead of just using the Mewtwo from the first movie?

The answer is because they had to. As PokeBeach learned at the premiere of Mewtwo Strikes Back Evolution in 2019, the writer of Mewtwo Strikes Back, Takeshi Shudo, held the rights to Mewtwo until they were acquired by The Pokemon Company for the remake. Obviously, the Mewtwo in Legend Awakened was always meant to be the original Mewtwo. It’s hatred towards people and Pokemon that matured into a love and respect for all life was meant to come full circle here as it teaches Genesect the same lesson that Mew taught it all those years ago. By replacing Mewtwo with a different Mewtwo without any of the same trauma, the plot lost all meaning.

Instead of overcoming its rage and discovering its benevolent purpose, this Mewtwo was always a hero. When it killed its creators, it was an accident rather than an act of revenge. It wasn’t recruited by Giovanni and turned into a weapon, it never developed the anger and resentment that the first Mewtwo did. Instead, it briefly wandered around lost and alone until it found a cave full of Pokemon that protected it from the elements and became its family. By making it a hero from the start, this Mewtwo isn’t able to form a connection with the Genesect like the original Mewtwo would have, leaving the ending to feel forced and unresolved. 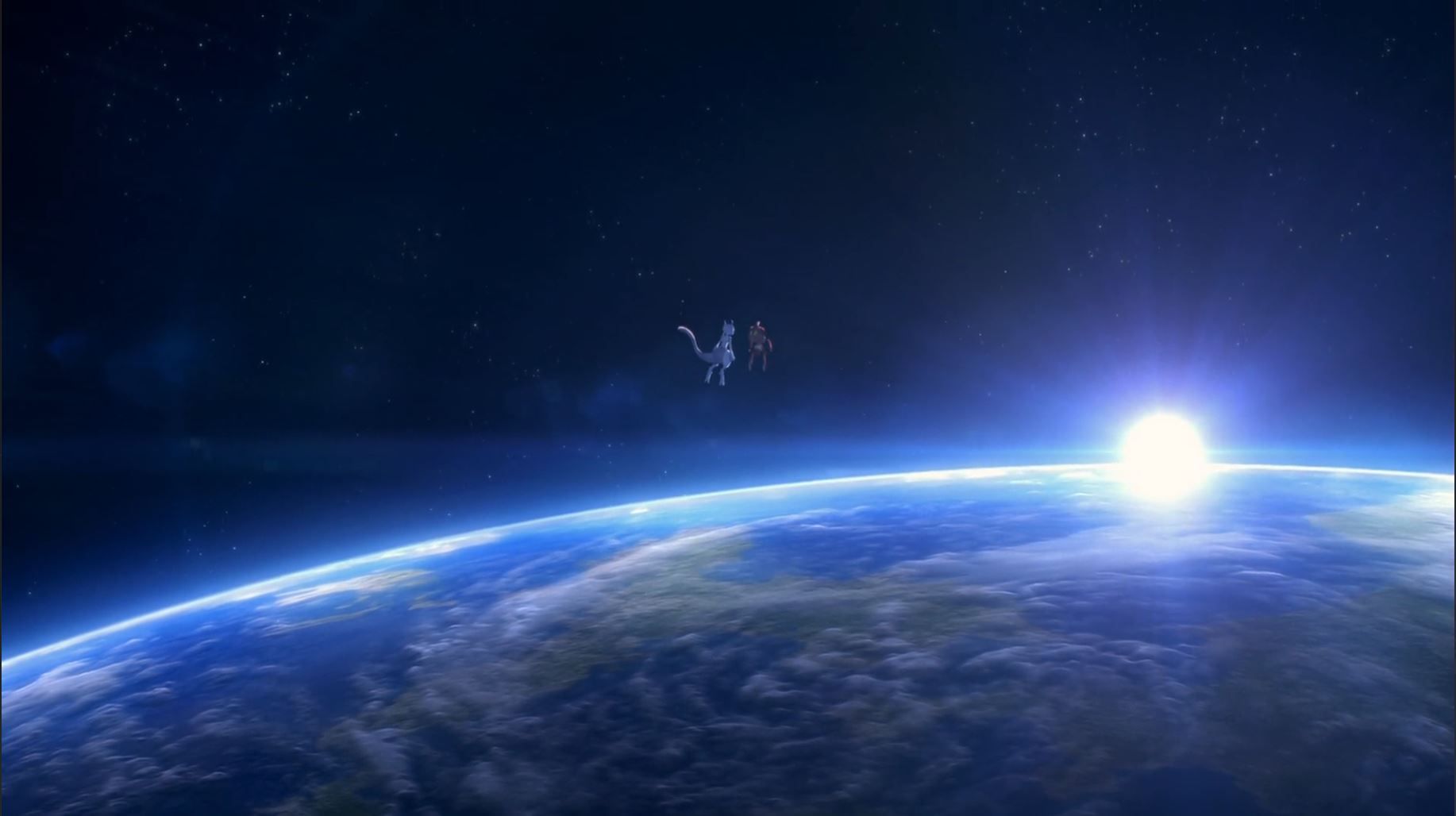 It’s one of the shortest Pokemon movies with another barebones plot. The Genesect create a nest in the Pokemon Hills and force out all of the other Pokemon that live there. This causes an energy crisis, since the reserve is inexplicably built on top of New Tork City’s power station. Ash and his friends team up with the city’s Pokemon to fight the Genesect while Mewtwo takes on the red Genesect and tries to convince it to back down. Ash and the Pokemon save the Genesect from a fire that starts in the power station, leading the Pokemon to switch sides. Red Genesect is relentless, however, until Mewtwo takes it into outer space and shows it the planet from a new perspective.

From here Mewtwo shares the simple message that everyone who lives on Earth is its friend. This is apparently enough to convince Red Genesect to finally calm down, and as they return back to New Tork City, Red Genesect addresses Ash and all of the Pokemon, telling them that they are all its friends. Ash finds a nearby forest where the Genesect can make their nest, simple as that.

Obviously, that’s not a satisfying or meaningful resolution. “Everyone is my friend” ignores the actual villains behind the scenes, like Team Plasma and the scientists that resurrected Genesect. Team Rocket briefly shows up to try to steal one of the Genesect, are they its friends too? It’s a utterly meaningless message that disregards the circumstances and actual themes of the movie.

Strangely, the fact that the entire point of the movie was abandoned over IP rights strangely mirrors the English version of Mewtwo Strikes Back, which neutered its message about the value of life. In the translation, Mewtwo instead learns that violence is wrong, which has never sat right with me as the takeaway from that story, especially considering that fighting and battles are core to Pokemon. 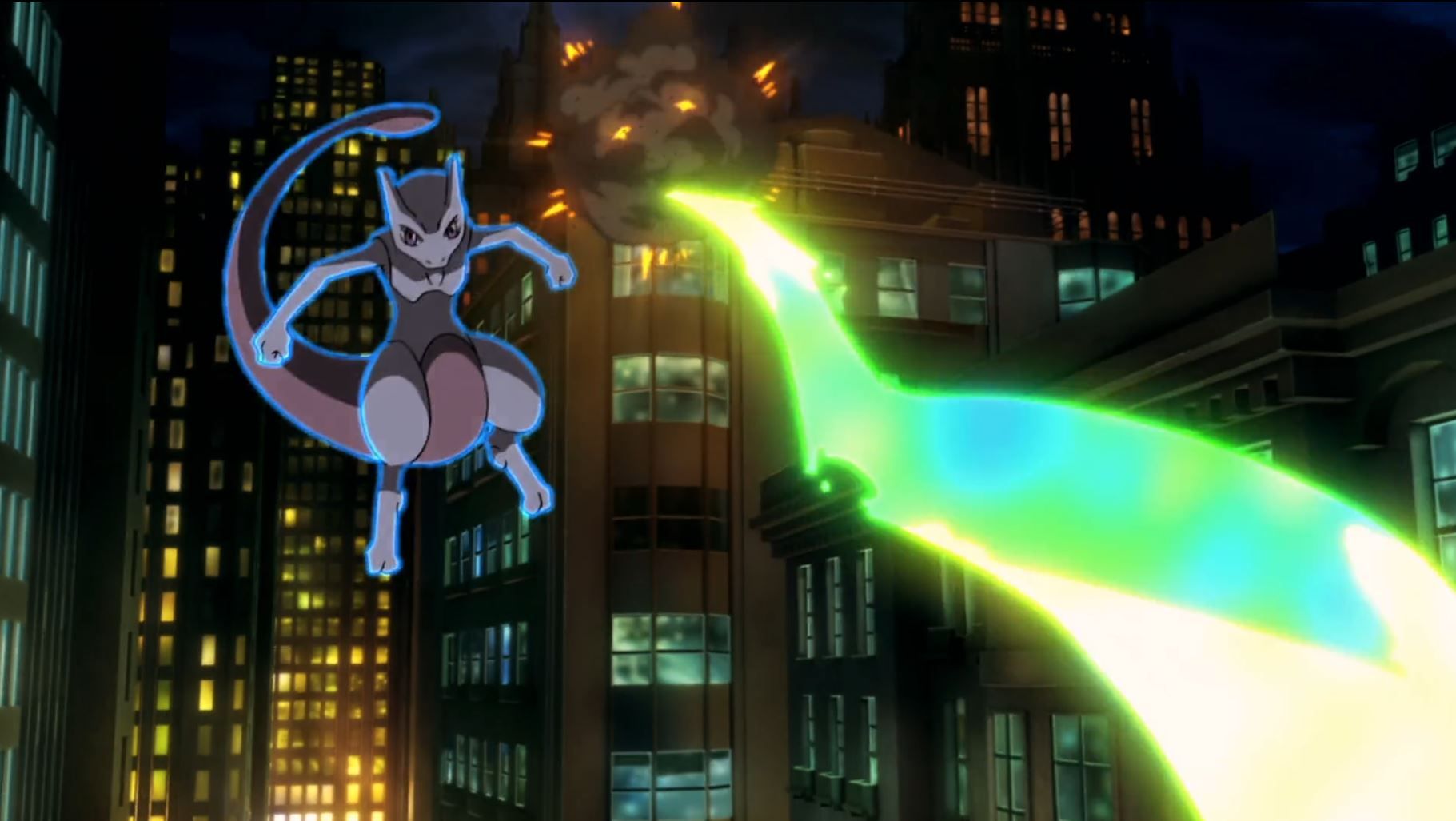 Genesect and the Legend Awakened could have had a great story if the original Mewtwo had returned as initially intended, but the slapdash way it was replaced with an identical-yet-legally-distinct clone ruined any hope the movie had of saying something worthwhile. It isn’t the worst Pokemon movie – that honor still goes to Victini and Reshiram/Zekrom – but it might be the most disappointing thanks to how much potential it had if IP rights hadn’t gotten in the way.

I have some stray thoughts:

Next week we moved into the X & Y generation with Diancie and the Cocoon of Destruction, the best movie title I’ve ever seen. Let’s hope X & Y has more to offer than Black & White did.