It Takes Two Is Proof That Video Games Can Change Lives

During my time as a journalist, I’ve investigated a few ways that video games can have a significant impact on our lives outside of functioning as a hobby. Sure, they can be a way to escape from the world around us, and they can also be a great way to blow off steam and frustration we’ve gained throughout the day. But in addition, video games can also be a useful tool in aiding both depression and anxiety.

I’m 28 years old and have been playing video games for most of my life. However, it wasn’t until this week that I had a game touch my life in such a personal way that I’ll be grateful to its existence for the rest of my life. If you’ve been skeptical that video games can change lives, take it from someone in a struggling marriage that is playing It Takes Two with her partner—they can.

Admittedly, it makes me a little uncomfortable to publish such personal content. But to not talk about the profound impact that this game has already had on my personal life would be a disservice to the game; I know it didn’t market itself as “therapy game for couples,” but that is absolutely what it has turned into for me. So, I can only assume that there are countless people out there that would benefit from playing this game with their partners as well.

For those that don’t know, It Takes Two is a co-op game centered around a married couple, May and Cody. Right at the beginning of the game, they decide that they should get a divorce because Cody is fed up with May’s absence due to her job, and May feels incredibly under-appreciated for everything she does. As adults playing the game, we also know without it needing to be said that there are a million and one untold struggles and problems that have likely led to this conclusion. After hearing this news, their daughter Rose makes a wish while holding two dolls that are crafted in the image of her parents. She wishes that they would stay together and be happy, which leads to a magical event in which May and Cody wake up as these dolls. They’re then forced to work together to transform back into their human bodies. 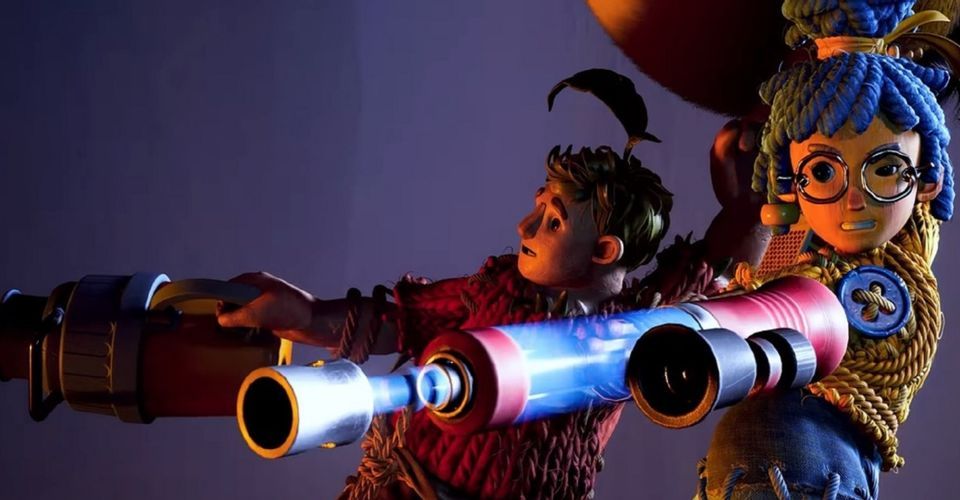 After having a serious discussion with my partner about potentially being at “the end of the line” in our own relationship, we both decided to recommit ourselves to do everything in our power to mend our it. A huge part of this was choosing to be more intentional with our time and finding ways to bond together. Considering we both have an interest in gaming, and after seeing the rave reviews for It Takes Two, we decided to give the game a chance together.

The most brilliant feature of this game is that you absolutely cannot progress without both players being involved. It, quite literally, takes two people to accomplish most of the tasks and win the boss battles. After trying to watch shows together or play other co-op games and discouragingly still feeling disconnected from each other, It Take Two forced my partner and I to constantly communicate with each other and come up with ideas together for how to progress. The overarching story that goes along with the game was a bonus hit in the feels, but it’s really the structure of the game design that caused us to bond so much while playing.

I found myself excited and giving compliments when we would accomplish a task, constantly laughing together when we would die with the most ridiculously misaimed jumps, and a general lifting of my mood that I haven’t felt in such a long time. It Takes Two is a brilliant game that causes lasting, positive impact on lives—even after you put the controllers down—making it one of the most phenomenal games out there and definitively proving that video games can be so much more than a hobby.