I started Mass Effect Andromeda last night – and don’t worry, I’m feeling perfectly fine. As I reach the conclusion of the Legendary Edition and polish off my journey through the original trilogy, I’ve decided to give its polarising sequel a spin – and I can already see many of the flaws and criticisms fans have spent years mourning over. It simply doesn’t have the grave circumstances and monolithic proportions of its predecessor, failing to fully capitalise on the mystery of uncovering an entirely new galaxy.

We arrive, shoot some aliens, and ask questions later. Things start going wrong long before there’s enough time to find our feet and smell the roses, which remains a massive shame that could have gone down so differently. Sadly, our introduction to this world is a selection of underwhelming character moments and firefights against some weird boney aliens. Violence is the answer and little else, with Andromeda’s lack of new races only further cementing the unusual isolation of this luscious new frontier.

Despite all this, I found myself immediately warming to Ryder, the young and enthusiastic protagonist who ultimately finds themselves labelled as the legendary Pathfinder. Unlike Commander Shepard, they aren’t a hardened military expert with years of history already defining their legacy. The original trilogy has you select a past for your hero with dialogue occasionally referencing their previous exploits, but it seldom goes much further than that. You don’t craft your history, instead being beholden to it and making new choices in the wake of a preconceived idea of who this character is and why they matter. You simply decide whether they’re super good, comically evil, or somewhere in the middle. 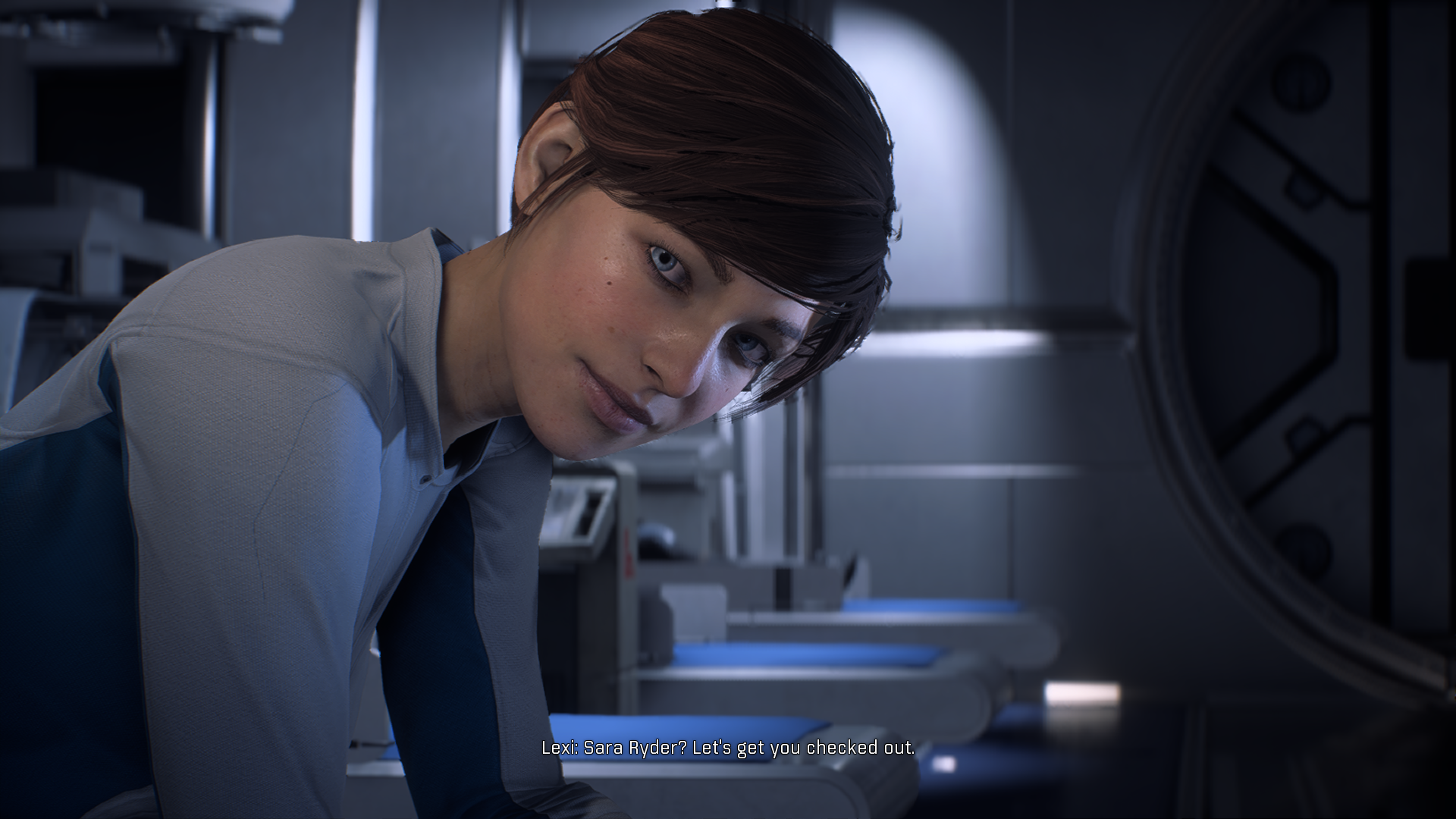 Ryder is different, and it’s this distinction that is arguably their greatest strength. Aside from the class archetype I picked in the main menu, they’re a fresh-faced explorer having only recently awoken from 600 years of cryostasis. I’m experiencing all of these new places and faces alongside them, being met with a similar level of bewilderment as first contact goes terribly wrong. What can I do except learn to communicate with new allies as we cower behind rocks and avoid unusual space lighting. It’s a compelling opening for this new hero, even if the events playing out around them are far from memorable. Ryder doesn’t know what to do, looking to their father for some semblance of leadership as their sibling dozes away in a damaged cryopod.

When (spoilers) their father passes away, the mantle of Pathfinder is passed onto Ryder alongside all of the expectations that come with it. They journeyed into this new galaxy expecting to depend on their father, a seasoned military veteran with ample experience in leading missions like this. He’s the man who is ready and willing to establish humanity’s place in a new galaxy. Now that I think about it, he’s sorta like Andromeda’s Shepard, but is wiped away long before he can save the day. With him gone, Ryder must step forward and face the music, and this is when their character becomes truly fascinating.

I’m still in the early hours of Andromeda, and many of its cracks are already beginning to show when I stack it up against the three legendary games that preceded it. But I can’t help admiring its ambition, and BioWare’s willingness to completely alter the tone, stakes, and locations of the series in pursuit of a new beginning. Ryder is the torchbearer for this new vision, and it’s refreshing to see them struggle in the face of impossible odds. If I was asked to lead our species into a new galaxy I’d have a panic attack and cry in the corner, and Ryder sorta does, but emerges from this anxiety with a newfound level of confidence.

They’re alone, so they must assemble new allies, communicate with aliens, and find themselves a sense of purpose in the unknown. Commander Shepard felt like they could accomplish anything, while Ryder feels like they’re striving to achieve even the most basic of achievements. This makes them far more relatable, especially amidst an RPG that wants to make your own personal decisions matter across its narrative. As I mentioned, I’m still in the early hours, so the quality of writing and gameplay diversity could easily snuff out much of this potential before it has a chance to shine, but given the reputation of Mass Effect: Andromeda, I’m pleasantly surprised with my first impressions.