Yesterday, we published a report on how the Mass Effect modding community has discovered unused audio in the official game files pertaining to gay romances with Kaidan, Ashley, Jack, Jacob, Miranda, Thane, and Tali. As it stands, these modders are hard at work developing a new modding toolset for Legendary Edition and will add all seven of these romance arcs to the game in due course. However, these aren’t the only files that have been excavated – a variety of cut missions have also been unearthed, including quests about hanar wars, mining planet sheriffs, and more.

Similarly to the unused romance dialogue, some of this data was already visible in the original Mass Effect game files, although Legendary Edition’s updated audio engine allows for them to be restored in a way that wasn’t possible before.

“Man, there’s so much I could talk about,” Ryan ‘Audemus’ Ainsworth tells me. For those unacquainted with the scene, Ainsworth helps manage the largest Mass Effect modding community on the internet, and is also individually credited as the creator of A Lot Of Videos, the renowned Mass Effect mod that upscales every single cutscene in the trilogy to 4K resolution. 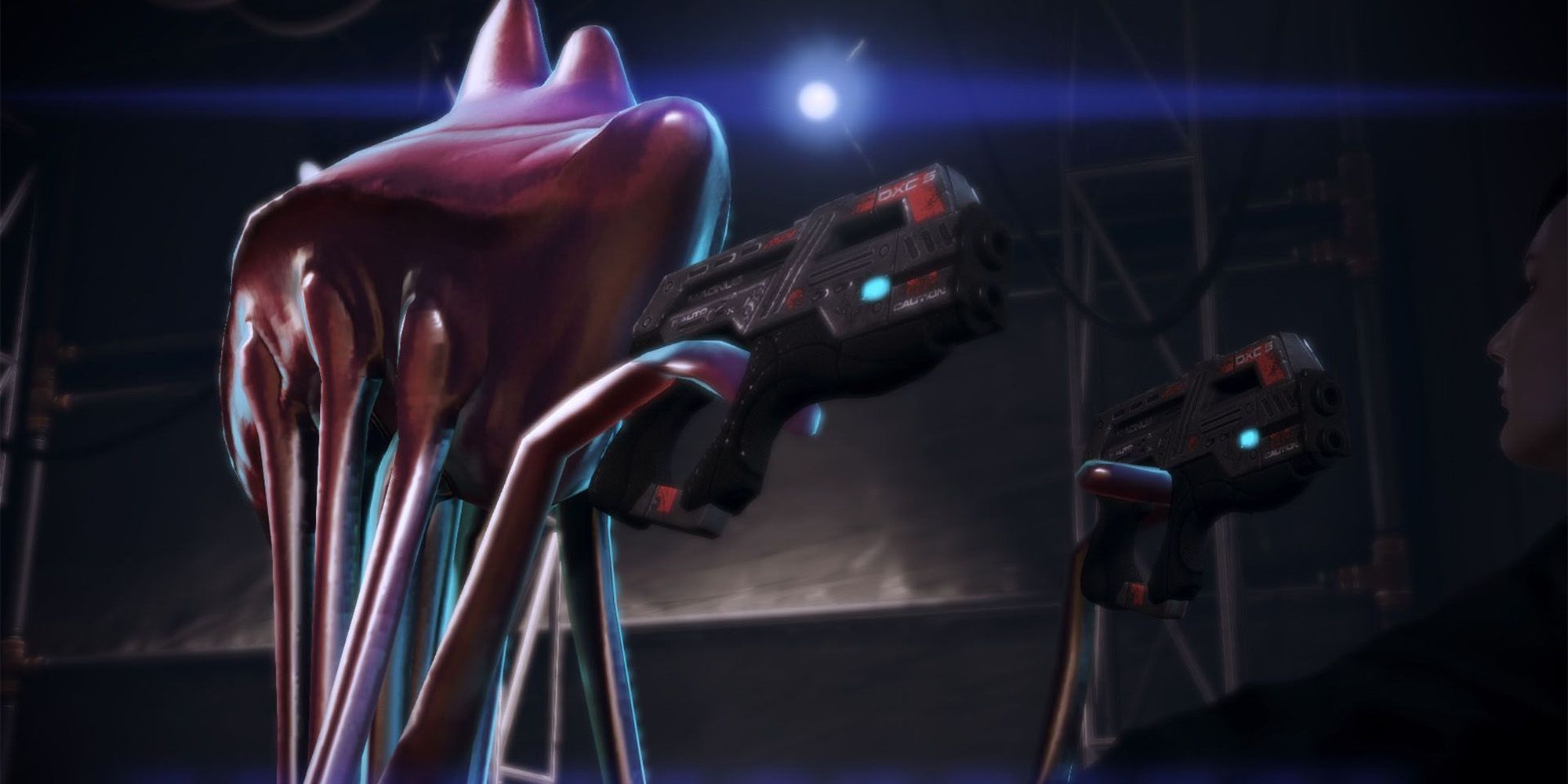 “A lot of it is audio-based, since audio files are quite small and easily left inside the game even if they’re not being used,” Ainsworth says. “One of the most exciting things for me is that a lot of the audio from the cut ‘Global’ quests for [the first] Mass Effect is present in Legendary Edition’s files.”

According to Ainsworth, these Global missions were massive, sprawling side quests designed to take you all over the galaxy. One of the missions they’ve been able to restore over two minutes’ worth of official, unused dialogue for focuses on a secret war between the hanar and the Lystheni, a cultural offshoot of the salarians who claim that the hanar are forcing their culture and religion on them through violent actions. The hanar, meanwhile, claim that the Lystheni are quietly using bioweapons to destroy hanar colonies. In the salarian language, “Lystheni” means “The Old Blood,” which refers to the fact that they opposed integration with other Council species hundreds of years ago.

Ainsworth sent me the two minutes of dialogue mentioned above, which depicts a conversation Shepard has with a hanar senator about the Lystheni. It’s not modulated in the same way hanar voices usually are because it’s pulled from the source files, but it’s still fascinating to hear.

Unfortunately, it’s not necessarily possible to restore this into the form it was originally intended to take. Ainsworth and the rest of the team at Mass Effect Modding are still digging through the files in order to build as complete a picture as possible, but it’s unlikely there will be enough assets there to create some kind of enormous mod based on the hanar homeworld. Instead, the team will use it as canonical information that can inspire compelling story mods down the line.

“These kinds of mods are the most exciting to me,” Ainsworth explains. “When you’re using cut content, it doesn’t necessarily create that ‘fanfiction’ feel that some mods have, since the mod is built around what the original writers wrote, and even what the original actors recorded.”

This isn’t the only cut mission that Ainsworth and his fellow modders have dug up, though. You might recognize Therum as the planet you need to visit in order to find Liara T’Soni in the first Mass Effect, although this world once looked drastically different to how it appears in the finished game.

“Almost all of the cut audio from Caleston, the mining planet that was heavily cut down and eventually became Therum, is present too,” Ainsworth explains. “Unfortunately we only have the localised audio from that, so one of our French modders is going through and translating it to English for us. From what I’ve heard so far, it sounds like a very Firefly/The Mandalorian-themed planet, very wild west.”

We’ve also got a 44-second snippet of that audio in English, which you can listen to below. Here, Shepard is being ambushed by the sheriff of the human colony on Caleston and a group of assassins who have been paid off by Saren Arterius.

“That’s just scratching the surface,” Ainsworth tells me. “There’s a lot more in the files. I just got this from skimming the file names.”

From what he’s seen so far, Ainsworth has discovered that there were three of these ‘Global’ quests that ended up being cut prior to launch. Unfortunately, details of the second one aren’t present in Legendary Edition’s files at all.

“Some of these concepts were reimagined later on in DLC and they might be under consideration for use in the next Mass Effect,” Ainsworth tells me. “Who knows.” According to Ainsworth, there was a cancelled DLC from the first game that used bluebox AIs and some kind of weird experimentation on Mars, which looks as if it was reappropriated for Project Overlord in Mass Effect 2. Meanwhile, one of the three global quests involved a ‘krogan cyborg’ created by Cerberus, which eventually became X1 in the Mass Effect Infiltrator mobile game. 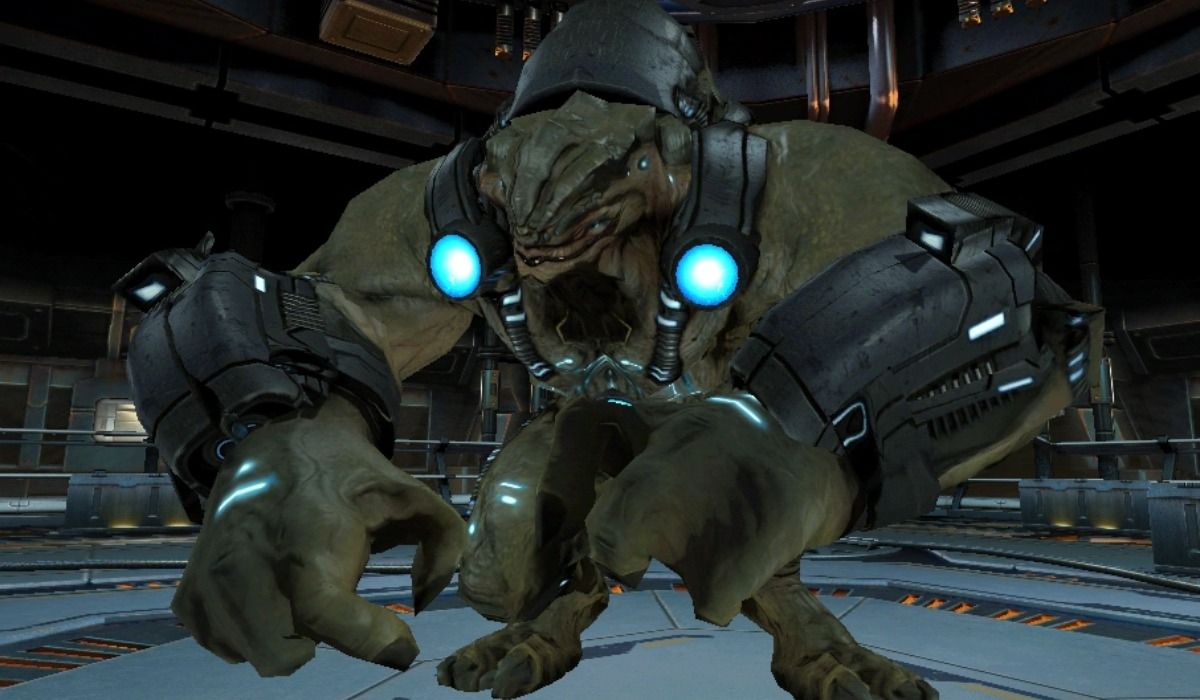 “There’s a lot of things they could’ve done for the remaster but I get the impression that the mandate from the producers was ‘low budget, high yield,’” Ainsworth says. “Make the remaster for as cheap as possible but also do it well enough that you can use it to revitalise the brand. They clearly didn’t see cut content as something worth the budget sadly.”

It’s worth noting that some unused dialogue and audio has already been used to inspire mods in the past. This community alone has already restored content like the Extended Final Anderson Conversation, Ken/Gabby Recruitment in Purgatory, an alternate ending to Garrus’ bottle shooting scene, and a Zaeed conversation in the refugee area. As mentioned earlier, though, the fact that Legendary Edition uses a newer version of the Wwise audio engine means that projects deemed impossible before can now finally see the light of day, all thanks to the tireless work of modders. What’s more, most of these missions were almost ready to ship but broke at the last minute, which means there’s a whole lot of official lore written by BioWare writers for the modders to dig into.

“This kind of stuff is within the realm of content restoration mods because we only have to polish up the content or rebuild the conversations they would’ve taken place in,” Ainsworth says. “Practically speaking, it’s useful for inspiration. For example, Tydeous is the developer of Spectre Expansion Mod, and part of what that mod does is add new text adventures to the Galaxy Map in Mass Effect 3. It’s designed to flesh out the obscure lore that’s explored in cut content and the Cerberus Daily News stories. So he in particular was really interested in this Hanar/Lystheni stuff and wanted to use it to make a text adventure.”

You can check out an example of the kind of text adventure Ainsworth is talking about at the timestamp below.

As you can see, Tydeous uses the official cut dialogue to inspire a new, old-school RPG text-adventure quest that allows you to navigate through different messages on a datapad. Implementing the cut material in this way makes adding more of it not only more feasible, but also more worthwhile in the long run. As Ainsworth explains, he can “count the amount of people in the modding scene who could make [building planets from scratch] work on a single hand, and I’m not sure if it’d even be worth doing.” Taking Tydeous’ approach to the Spectre Expansion Mod displayed in the video above means that the team is able to work on more mods shipped at a higher quality. Also, the retro vibe fits with Mass Effect’s typical indulgence in hacking minigames and Galaxy Map exploration anyway – if anything, this form of implementation feels right at home in the Milky Way.

“The mods build it out with new emails, war assets, and star systems to explore, so it’s not just that,” Ainsworth tells me. “But it’s all about creative ways to tell new stories and expand the lore without having to create entirely voiced conversations or levels.”

As we’re speaking, Ainsworth comes across a perfect example while digging through a bunch of files, discovering a distress beacon that could “definitely be reused on the Galaxy Map to accompany a text adventure.” It’s safe to say that the future is bright for the Mass Effect modding scene.