Wading through the waters of the Metroidvania genre can be murky at best. For every well-executed game, twenty more subpar titles jockey for players’ attention. MindSeize – a 2D single-player game coming from Kamina Dimension thanks to a successful Kickstarter campaign – attempts to stand out from the crowd with its futuristic tone and comic-style art and story. Although MindSeize is a fun and fluid game in terms of its overall gameplay and controls, it falls just short of recommending in its current state due to a hefty number of bugs that effectively render the game unplayable.

MindSeize takes place in a futuristic sci-fi universe with players taking on the role of M.C. Fox, a private investigator tasked with taking out a dangerous, grandiose criminal outfit known as The Ascended. An encounter with the leader of The Ascended at the beginning of the game leaves Fox crippled and wheelchair-ridden, while The Ascended also manages to seize the mind Fox’s daughter, Taryn (hence the title of the game). Fox is left with only one option, which is to – with the help of his crew – connect his consciousness to a robotic body of armor called a MAG, in an Avatar type of experience as he chases The Ascended across the universe. 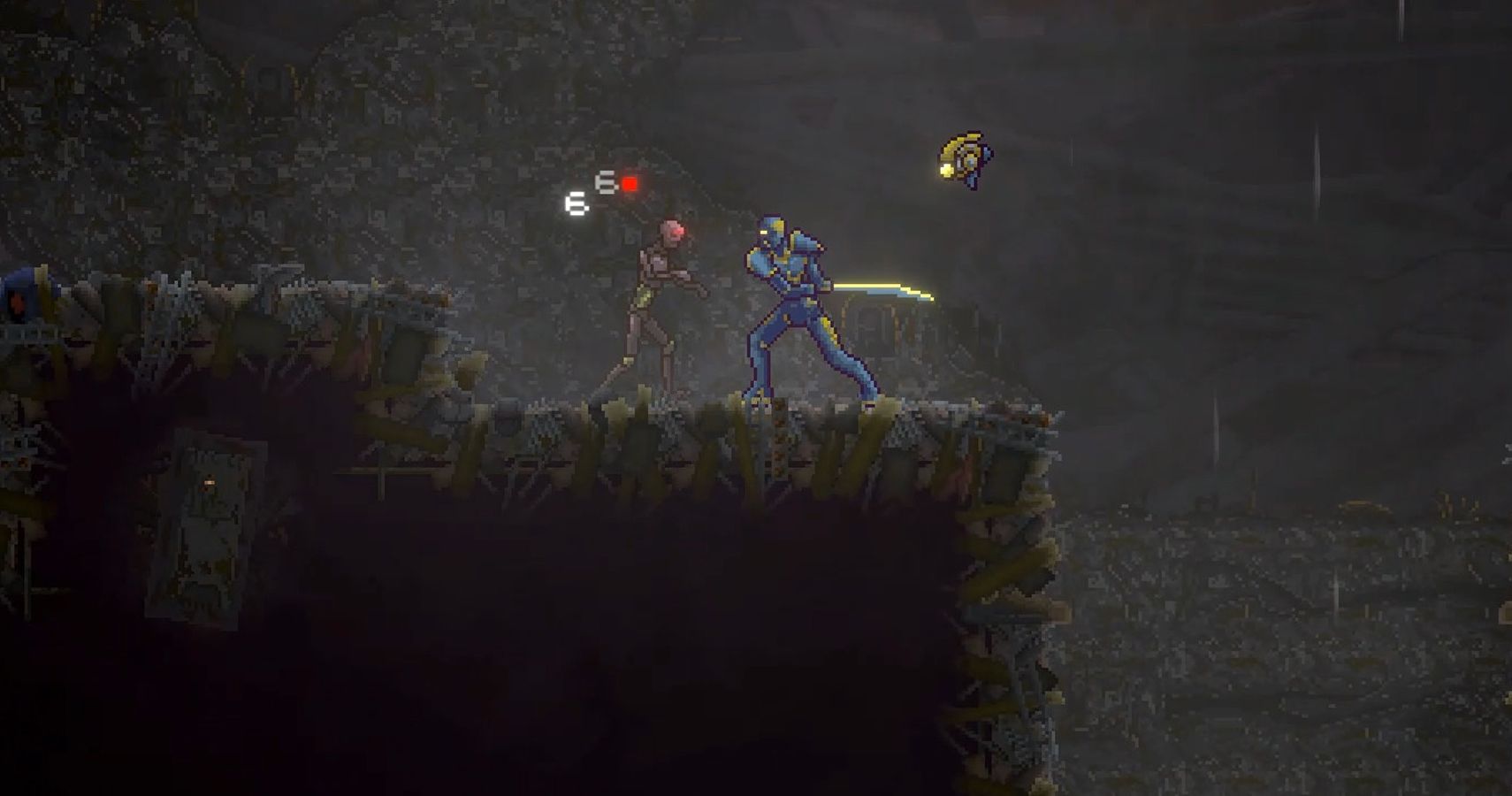 The overall physics of the game feel solid. As players progress through the story, they’ll be able to upgrade their weapons as well as their MAG’s special abilities, ranging in everything from wall jumping, to powerslides, double jumps, and Anthem Javelin/Iron Man-style jet thrusters. In fact, Javelins are a pretty spot-on comparison to the MAG. There is a definite weighted feeling to how the suit handles and how the abilities affect movement, which is great considering the platforming mechanics of the game.

Similarly, the weapons in MindSeize also feel good, which is important considering the part they’ll play when taking on enemies, especially during boss battles. The weapon that players begin with is a simple blaster (along with a melee energy sword), but upgrades include more powerful weapons such as laser guns, rocket launchers, and grenades.

In true Metroidvania fashion, MindSeize drops players into a world full of areas to explore and enemies to defeat. A mini-map exists to help players navigate their way through the labyrinth of rooms, which comes in handy since there is a good amount of backtracking to figure out where you actually need to go in order to progress the story. Finding your way around isn’t overly tasking, though, at least by Metroidvania standards. 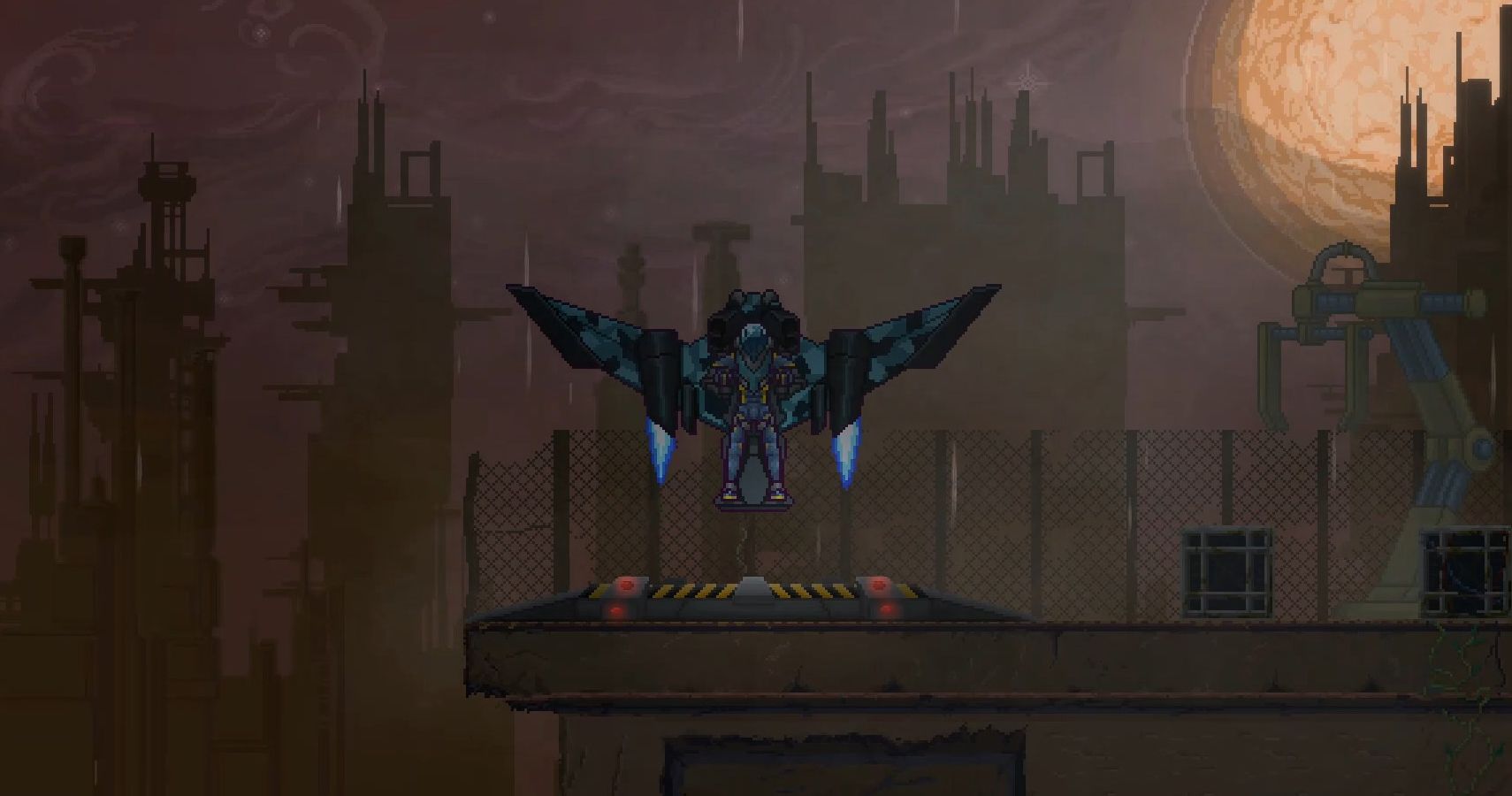 For everything that MindSeize does right, the experience is soured by technical issues. The biggest issue for me came after the first boss battle. After defeating the boss, everything just kind of came to a standstill and though I was still able to move around, I was unable to move on to a different room. Two re-installs eventually fixed the issue, but having to replay everything to that point multiple times was unfortunate.

Some of the other issues included walls and items that could normally be destroyed by melee attacks being able to withstand blow after blow, never to be destroyed, as well as platforming issues that made it impossible to get to where I needed to go.

Fortunately, the team has already pushed out updates to try and fix some of the bugs, with ongoing work continuing to get the game to where it needs to be. It’s mostly just a shame that the game wasn’t bug-free prior to releasing.

MindSeize isn’t necessarily a Metroidvania that brings anything new to the genre, but it is a fun and overall enjoyable experience that has a lot of potential. Interested players just might want to wait until the game receives another patch or two before giving it a go, unless you’re willing to deal with its current technical issues.

A PC copy of MindSeize was provided to TheGamer for this review. MindSeize is available now for PC.