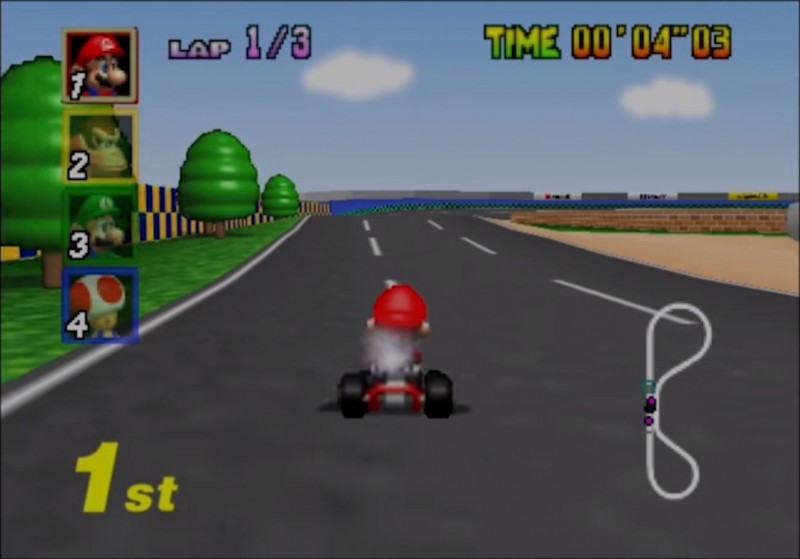 Mario Kart 64 is still one of the Nintendo 64’s best games (if you disagree, fight me!). Its set of iconic racing tracks (some of which show up in Mario Kart 8 Deluxe), catchy soundtrack, and strong sense of speed for a mid-’90s racer made it one of the console’s standout titles, and many people remember it fondly today. But if you were wondering how Nintendo gave its character models their fidelity while making sure everything else ran smoothly, you can now learn how.

Youtube channel A+Start’s latest video breaks down how it all works. Essentially, the technique has Nintendo building 3D models of the character, then “running” them through a flat model, which is what you control on the track. As you’re racing, all you see is a single, flat sprite, but those sprites are taken from a 3D model in real-time, giving the effect of your character being 3D as you play. If that’s hard to visualize, the full video explains the concept in more depth, and uses visuals, to boot!