No Game Deserves A Sequel More Than Alien: Isolation

It's been seven years since the launch of Alien: Isolation, and despite the best efforts of countless other horror developers, it's still the scariest video game ever made by quite a margin. But will there ever be a sequel? Technically the 2019 mobile game Alien: Blackout is a sequel, continuing Amanda Ripley's story. But I mean a proper sequel that builds on everything the original game did so masterfully, takes us to a new, unexplored corner of the Alien universe, and hopefully improves on it in the process—if such a thing is even possible. Creative Assembly pretty much nailed it the first time around.

Alien: Isolation is great, but there are some areas a sequel could expand on. A game like this should always be set somewhere dark, remote, and claustrophobic. That's a key part of what makes Alien's particular brand of horror so effective. But I'd like to see some different level design in a sequel—perhaps some outdoor areas, used sparingly, or maybe even tense spacewalks if the game is set on a starship or another space station. It could also be interesting to see a jump forward in time. The first game is rooted in the technology of 1979, so maybe a sequel could use Aliens' 1986 vision of the future as inspiration instead.

But I'd want the Aliens inspiration to start and end with the visual design. I never want to see Amanda in Colonial Marines armour mowing down xenomorphs with a pulse rifle, because getting away from that kind of thing is precisely what made Isolation so refreshing. We should still only face one alien at a time—maybe two at select moments like at the end of Isolation—but with a twist. The xenomorph in Alien 3, for example, was notably faster and nimbler. The same creature in essence, but a little more frightening and formidable. That's something an Isolation sequel could tap into. 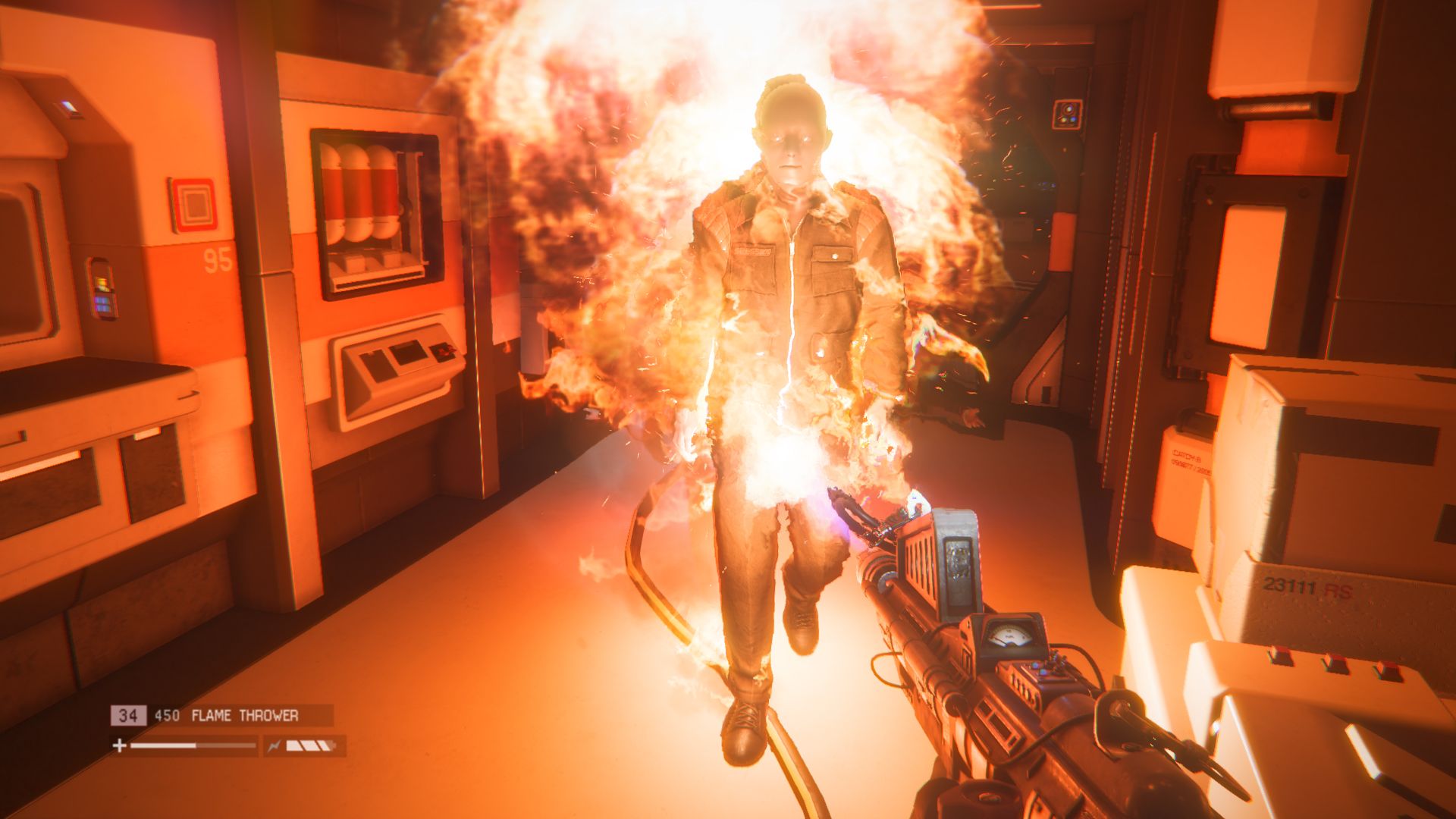 Human interaction is something else that could be improved. The people you encounter in Sevastopol are either hostile and territorial, or friendly survivors milling around muttering to themselves. I'd love to be able to have actual conversations with people. Not only would this reveal more of Amanda's personality, since she’s kind of a closed book, but it would help humanise the people who inhabit wherever the sequel might be set. I also like the idea of these conversations factoring into how the game plays, like helping someone out and them revealing, say, a safer route through a dangerous area in return.

Crafting is a big part of Isolation, reflecting Amanda's day job as an engineer. It's a rudimentary system, but strapping junk together to create improvised gadgets is one of the standout features of the game. It could be much deeper, though. I'd love to see a sequel take this even further, giving you the ability to flex your creativity and create your own makeshift weapons and tools from scavenged, cobbled together parts. Something similar to the combo weapons in Dead Rising 2, but not quite as absurd. This would greatly heighten the game's already compelling immersive sim-like quality. 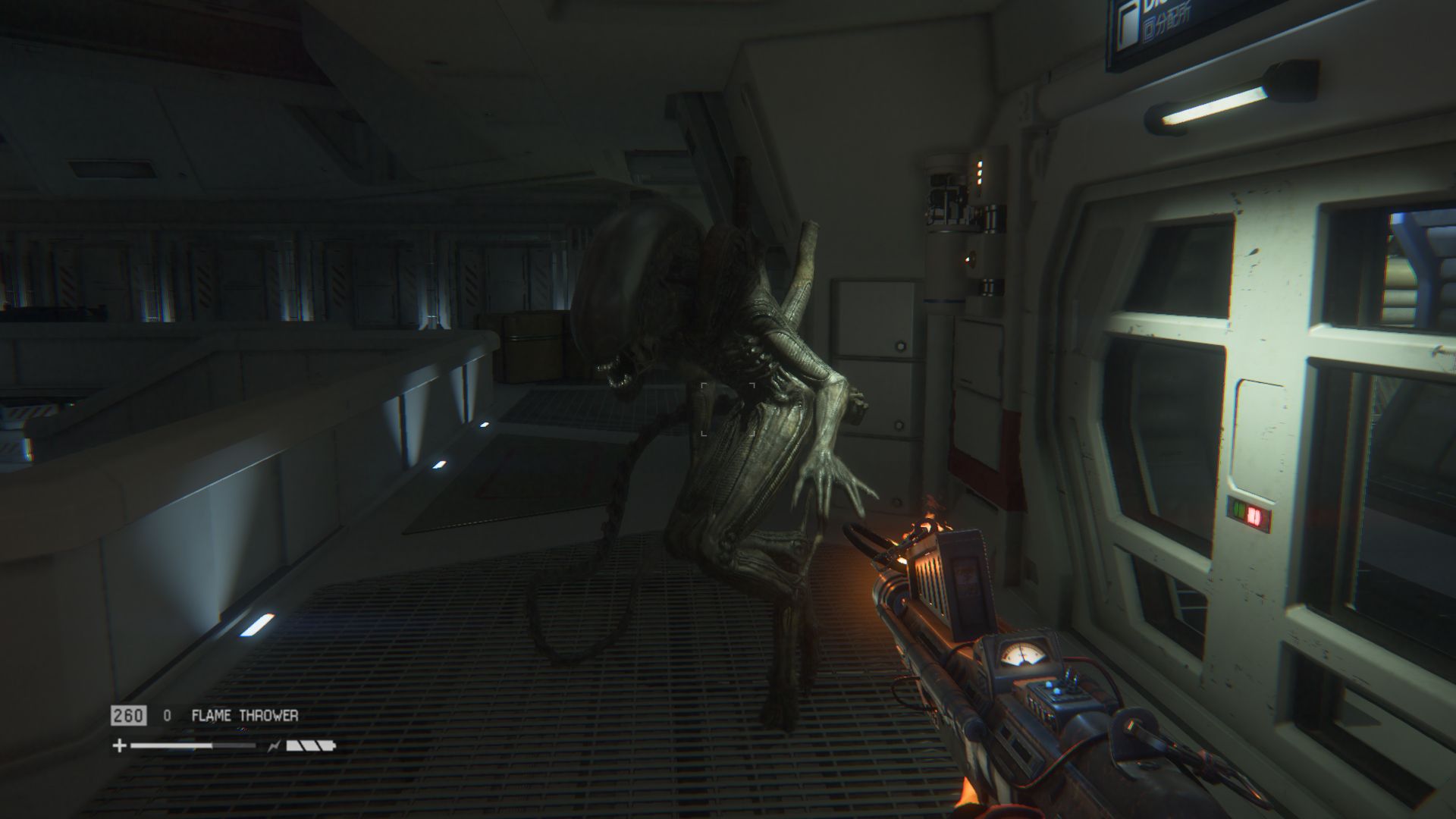 A better story wouldn't go amiss either. Isolation's plot is its one weak link. Based on the amount of unused story material uncovered by curious players, this is likely a result of behind the scenes cuts or rescoping. So a sequel would be a chance to take another stab at constructing a narrative that's just as engaging as the peerless stealth horror. I'd never want the story to be at the forefront of the experience, though—the stars of the game should still be the setting, the xenomorph, and the systems-driven gameplay that underpins everything.

I'm dreaming out loud here, but I can't think of any game that deserves a sequel more than Alien: Isolation. It's such a strong starting point for a series, but it seems like it might just be one of those rare one-offs that comes and goes. Even if Creative Assembly did make another one, many of the key players behind the game's bold, singular vision have since moved on to work with other studios. That means we may never see a game like it ever again. But hey, at least we'll always have the original—and with a superb port just launching for mobile devices, there are more ways to play it than ever.