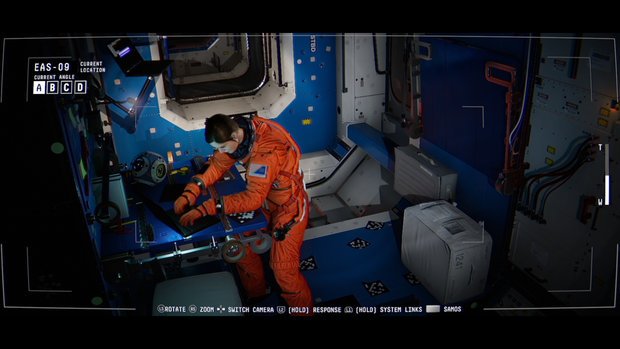 Yet even outside of space, Observation’s learning curve is brutal. Some will start you off fairly easy, such as hold triangle, and then x, and then release them. Easy peasy lemon squeezy. Others, however, aren’t so forgiving. Some will require you to write them down so you don’t forget, and at one point I opened up a notepad, drew the whole puzzle’s schematics that are used to help you, and then sat there and worked them out one by one.

If you like puzzles, you’ll definitely like this. If you don’t and are playing Observation for the narrative, like me, you’ll still get through them after thinking hard enough. That said, because the puzzles are so difficult, the satisfaction of completing them cannot be understated and they really do add a special spark to Observation that simply wouldn’t be there without them.

For me, what really stands out is the mystery of the relationship between humanity and artificial intelligence, namely between you, SAM, and Emma Fisher. 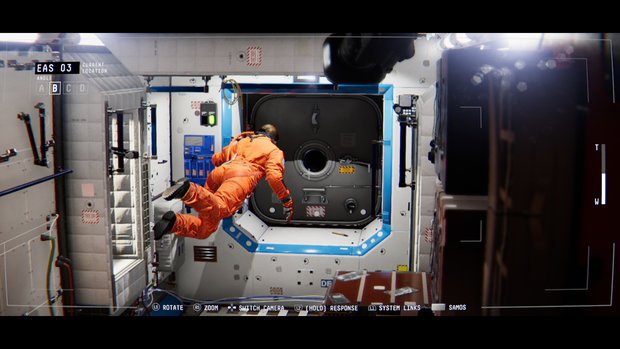 From the get-go, you’re in control and that already puts you, the AI of the ship, in an interesting position. On how you’ll play the game yes, but also the boundaries of what artificial intelligence is and the extent of how much it ‘feels’. For example, when unlocking something through voice authentication, you can either accept Emma’s voice file or you can deny her, which causes her to become frustrated with you.

While these instances are rare, small interactions like this allows the player to choose how to express themselves to the characters around them and gives SAM a personality beyond being a voice. It also lets you shape some aspects of the relationship between yourself and Emma.

“Does this unit have a soul?” Fans will recognize the quote to belong to Legion from the Mass Effect series, an AI who ultimately, leaves it up to the player on whether artificial intelligence can have a soul or not. With SAM, that question is arguably already answered due to you being in control of the AI in the first place, but it is still a fascinating concept to consider and I deeply enjoyed the intrigue behind it. 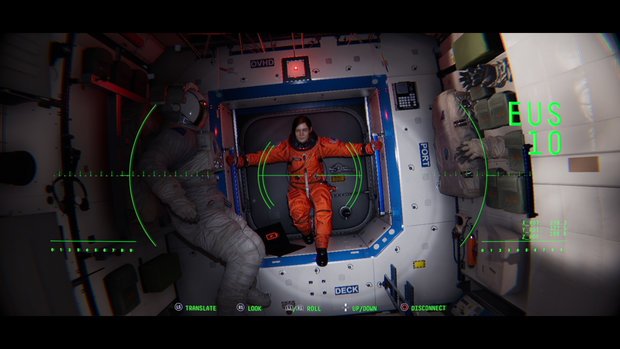 Observation is a game that has a deeply captivating story with a lot of heart, which makes it worth playing for those who love the mysteries of space and artificial intelligence. Unfortunately, some aspects, such as SAM’s janky controls and unenjoyable space sequences made an otherwise enjoyable game, feel weighed down by space debris.