Operation: Tango Is The Next Big Step In Co-Op, It Just Needs One Thing

While everyone else was giving It Takes Two a round of applause, I was playing Operation: Tango. Not that I have anything against Josef Fares’ elephant-hating co-op darling, my partner and I just haven’t made time to play it yet. Instead I got a friend to form a spy duo with me in the latest PS Plus freebie from Clever Plays. Operation: Tango shows the potential for a new type of co-op experience, but there was one thing that stuck out to me.

I go deeper into the premise of Operation: Tango in my preview, but the elevator pitch is Keep Talking and Nobody Explodes meets an escape room with a spy theme. Two players–one the field agent, the other a hacker–see different things on their screens and are encouraged to play in different spaces. Missions range from breaking into a vault to intercepting files from an enemy operative, with gameplay taking the form of deciphering codes and solving communication-based puzzles where each player has half the needed info.

The core activities are so fun that they transcend location, which allows Operation: Tango to offer a variety of slick set pieces. The first mission has you infiltrating the penthouse of a corrupt billionaire, with all of the safe-cracking, CCTV hacking, and laser dodging that entails. A highlight of that mission switches the roles, so that the hacker must literally navigate cyberspace while the agent uses a terminal to create platforms so they don’t fall into the datastream. 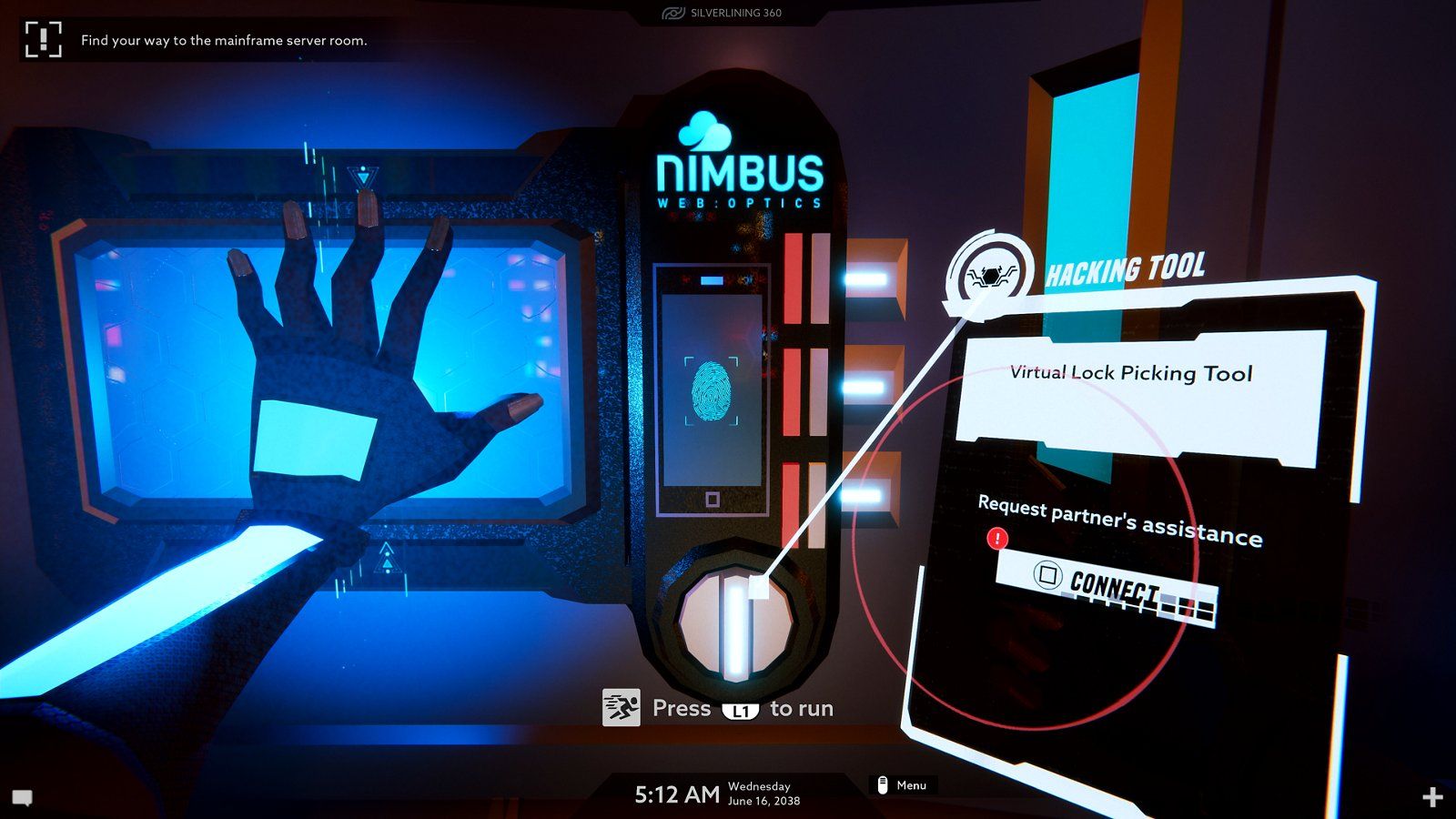 A later mission puts the agent on a moving train where an informant will be delivering a digital hitlist. I won’t completely spoil what happens but, if you’ve watched enough spy movies, you can guess that things threaten to go off the rails. The resulting challenge feels most like an escape room, with the hacker frantically feeding the agent instructions to activate an overly complex emergency brake as time ticks down. That tension builds to a great sense of accomplishment when you pull it off, with the whole caper coming to an appropriately cinematic finish. That’s Operation: Tango at its best: an energetic co-op experience that plays out the most clever parts of the spy fantasy.

Like many fantasies, however, Operation: Tango ends just as it gets to the best part. Its unique form of co-op offers built-in replayability in that you can do the missions again as the opposite role. Unfortunately, the mission structures remain the same, so the tension of not knowing what trap you might spring disappears. A common suggestion to extend the fun of Operation: Tango would be DLC or more levels. But I think the missions would be better if they were all like the last one.

It’s rare that you actually see other beings during an Operation: Tango mission. The field agent is typically sneaking around after hours. The last level is an exception, dropping the agent into a busy part of Singapore. Flying drones patrol the villain’s hideout, and also pursue the agent through a crowded plaza. The hacker has a map and calls out drone locations, while the agent can deploy EMP bombs to disable the drones. Getting caught is an instant game over. Every other level avoids this more direct form of confrontation, and I have to wonder why.

The lack of combat does make sense for a spy game, what with stealth being a key part of the profession. In fact, it’s commendable. The games of E3 2021 were celebrated for being more varied and less violent than previous years. And the recent fiasco around a Sniper Ghost Warrior press event calls into question the disturbing fantasy of storming into foreign lands and killing people under the pretense of them being “bad guys.” So there’s clearly a desire for games like Operation: Tango that emphasize thinking over shooting. 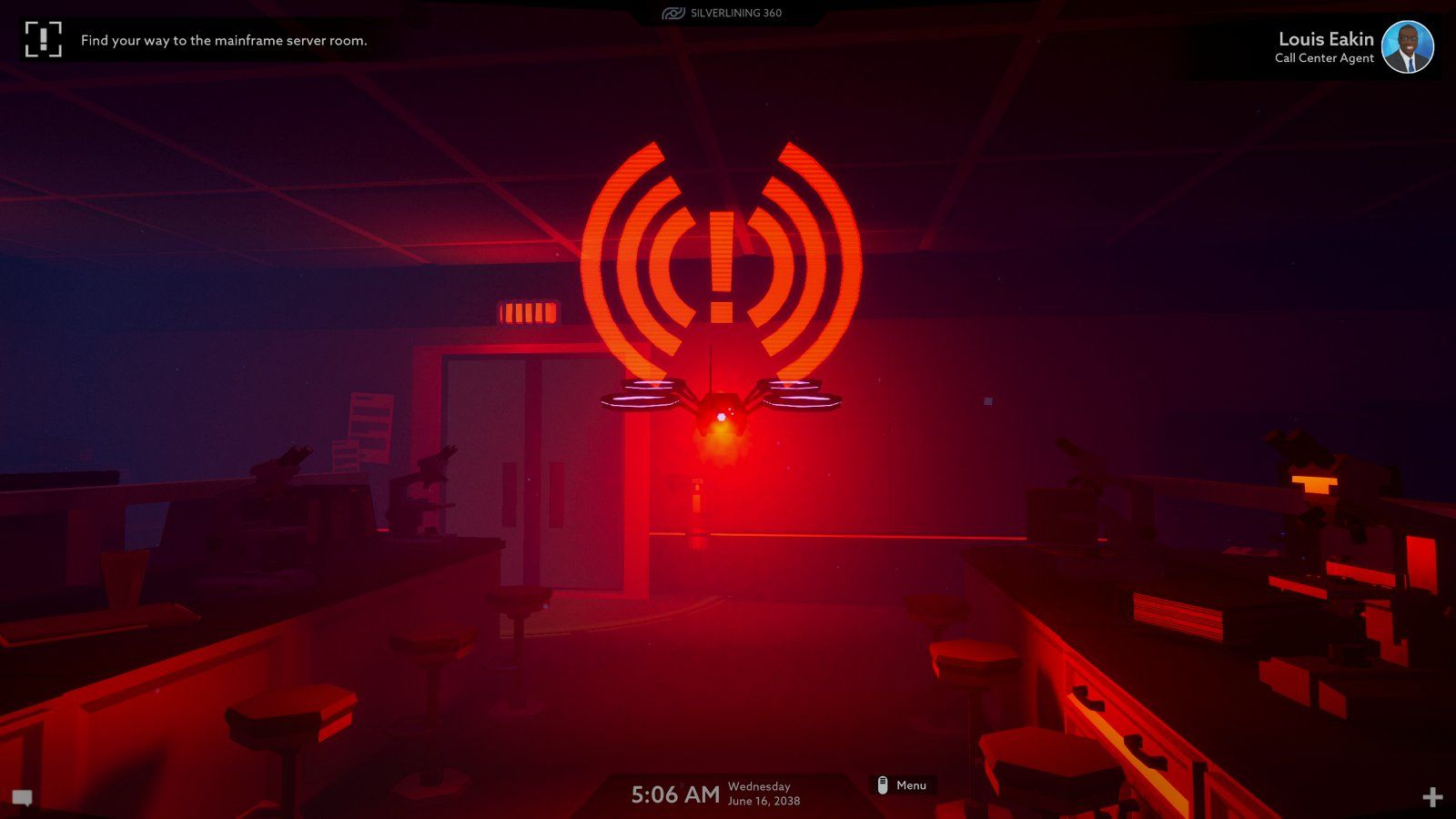 While I don’t need Operation: Tango to go full “license to kill,” the more action-oriented Singapore level raised the sense of urgency significantly. I want to see more missions that give the players enemies to outwit and outmaneuver. Perhaps, instead of an instant game over, being spotted could just raise an alarm that locks down the building. Then the hacker would need to bypass security to return things to normal. Or the hacker could lock doors to keep drones from even getting to the agent in the first place. The agent, meanwhile, could pack more devices like the EMP – noisemakers or hologram tech would be cool additions. Overall, I just want more patrolling enemies, as they add a sense of replayability in that they can’t always be dealt with in the exact same way like a static puzzle can.

There are no announced plans for a DLC expansion or Operation: Tango 2. I hope something does happen, as the core gameplay of Operation: Tango is co-op at its most fun. You can check it out for free on PlayStation Plus until July 5, and I highly recommend you do. It even comes with a Friend Pass so two people can play using one purchase. If you’re done with being dolls, give saving the world a shot.

A PC code for Operation: Tango was provided for this coverage.