Dynamaxing, Pokémon Sword & Shield’s new signature mechanic, has been banned for ruining the competitive integrity of the game by one of its most hardcore competitive communities. And yet, that very same mechanic is getting praise by a different segment of the competitive scene that sees the monster-embiggening move as a balanced addition to the game. Competitive Pokémon mostly exists in two worlds, each with its own values and customs.

Smogon, the group that banned Dynamaxing, is the largest, unofficial hub for competitive Pokémon singles competition. The community has been around since 2004, and has built up their own set of unique rules that are meant to group Pokémon together by their relative strength. This allows players to use their favorites in an environment where they can still shine, usually while using the online simulator, Pokémon Showdown. While Smogon does have some rule sets that differ from typical, six-on-six single battles, most matches look like the one-on-one skirmishes found throughout the games.

Then there’s the “official” competitive community, which competes in tournaments hosted by The Pokémon Company. Known as the Video Game Championship (VGC), these competitions always incorporate whatever new mechanics and monsters are introduced in the latest games, which means that Dynamaxing is an expected mechanic. Unlike Smogon, however, VGC has trainers battle with two monsters on the field — which means two moves per turn.

Before digging in much deeper, it’s important to understand how Dynamaxing itself works. Essentially, trainers can supercharge any one of their Pokémon for three turns during any turn of a battle. This doubles their health, gives them access to super strong attacks that come with additional effects, and makes them giant enough to tower over a stadium of cheering fans.

In some ways, Dynamaxing combines and tones down the signature mechanics from the last two Pokémon games: the transformation aspect of Mega Evolution and the damage dealing, single use Z-moves. Yet, while some competitive Pokémon players disliked these previous mechanics for various reasons, no one ever moved to ban them for ruining the competitive integrity of the game.

So what makes Dynamaxing overpowered enough to ban in single battles while simultaneously improving double battles? The answer comes down to unpredictability, and the number of potential options a player has to deal with when it comes to Dynamaxed Pokémon, according to YouTuber Joey “PokeaimMD.” Joey primarily creates competitive Pokémon singles content battling with Smogon’s ruleset, and he said it’s too hard to stop a Dynamaxed Pokémon from snowballing its way to victory when trainers only get one move per turn rather than two.

Using Gyarados as an example, players can Dynamax the water dragon to double the Pokémon’s HP, giving it access to the move Max Airstream. Using this attack does a huge amount of damage and raises the user’s speed, increasing its chances to attack first on subsequent turns. Then, if the attack knocks out the opponent, Gyarados can boost its Attack stat with the Moxie ability. For comparison, the move Dragon Dance also boosts the user’s Attack and Speed stats, but it doesn’t do damage like Max Airstream does.

Additionally, players can then use Max Geyser on the next turn to boost the damage of Water type attacks. Whatever monster is on the other end of this likely has a small chance of surviving the onslaught, much less being able to counterattack. But if retaliation happens, the potential effectiveness is nearly nullified in advance. Gyarados’ boosted HP in this example means that the Pokémon can survive Electric-type attacks despite typically being weak to them.

With only one attack per turn in Smogon’s ruleset, it can be difficult for an enemy to keep up without also Dynamaxing in return. The problem with Dynamaxing second, however, is that the trainer’s Pokémon won’t have the same stat boosts as their opponent. The only other option is to stall out the three turns of your opponent’s Dynamax and accept that it will knock out half of your team. Then, once the Dynamax ends and the Gyarados (in this case) loses its extra health, it’s much easier to knock out with a super effective Electric or Rock type attack.

“I think had it been the three turns of the lesser z-moves and not the double HP, [Dynamaxing] would have been easier to deal with,” Joey said. 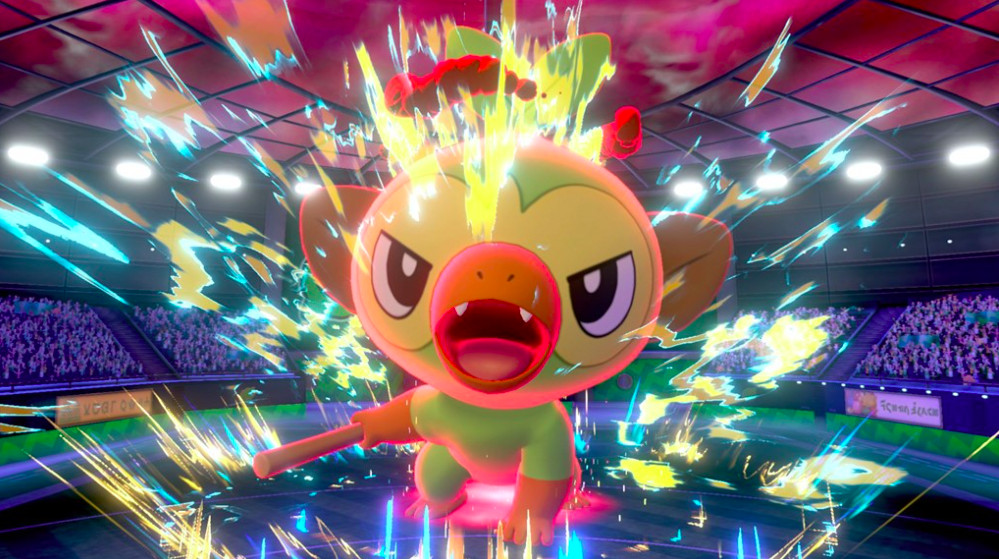 Things can work out much differently in official competitions, where players are allowed to have two monsters on the field at once. An additional Pokémon gives players room to maneuver around Dynamax — for instance, one of the combatants can use the move Protect to minimize Gyarados’ target in the previous example.

“Obviously, you can use it for the sole power of offense and getting just really powerful attacks off, but you can also use the defensively to obviously increase your own health,” Zheng said. “I think that’s really cool because it basically makes so many more Pokémon viable … the added effects from the moves are really cool too, and you can use them to boost your partner. I think there’s so many different ways that you can play with it.”

While many VGC players choose to Dynamax naturally strong Pokémon, like Excadrill or Dragapult, others are going with previously unheard options, like Rhyperior. According to Zheng, players will likely figure out more and more previously-underutilized Pokémon that are worth Dynamaxing as the season continues. While players have found ways to exploit Dynamaxing by using items like Weakness Policy to deal even more damage, Zheng said it’s an overall good mechanic for VGC.

At the same time, Zheng said he understands why players from the competitive singles community, like Joey, feel the way they do.

“I think at the end of the day, it’d be really hard to balance this mechanic for both singles and doubles, so I think it was really tailored toward doubles play,” Zheng said. “It’s unfortunate, but I think [the ban] seems like it’s good for the competitive health.” 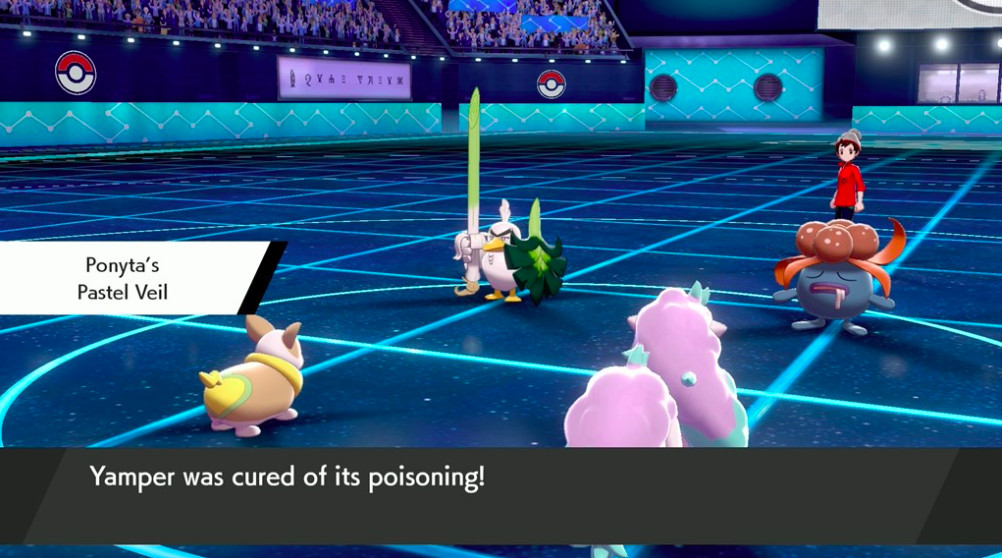 So why do Smogon players prefer to stick to singles, when the developers of the game seem to balance the game around doubles? According to Joey, this decision stems from the desire to play competitively the same way players experience most of the game, with a party of six Pokémon in one vs. one battles.

“A lot of us love that, and I believe the founder of Smogon did too,” Joey said. “That’s why it became as big as it is now.”

Joey did acknowledge, however, that there are active places on Smogon’s forums for those that play VGC and other double battle formats.

Regardless, now that Dynamaxing is gone over at Smogon, he said the competitive singles gameplay is in a really good place. In many ways, Joey said it feels like playing during the Pokémon Black & White days, before Game Freak started adding new battle mechanics, such as Mega Evolution, which drastically affected Pokémon games.

“One of the reasons I like this metagame is because now it really comes down to skill,” Joey said. “There’s no random factors beside any crits or hax there may be. Now it’s based on how well I play, how well my opponent plays, how good my team is, and I’m not going to lose to my opponent going Super Saiyan for three turns.”

There are times when Joey said he misses Dynamaxing, though, so he does play outside of Smogon from time to time. Sometimes that means VGC and other times he’ll play on the in-game competitive singles ladder, Battle Spot Singles.

That ability to play the game in so many ways, Joey added, is part of what makes competitive Pokémon so great. While it may have been controversial to ban Dynamaxing on Smogon, no one is forced to restrict themselves.

“Just because Dynamax is banned in my metagame doesn’t mean you have to follow it,” Joey said. “I know a lot of people say, ‘man, I hate Smogon,’ but you can do whatever you want. You don’t have to play. You can play battle spot singles, or VGC. The beautiful thing about Pokémon is there are so many ways to actually enjoy it.”