Pokémon Sword & Shield have come under fire for cutting a lot of content from the series, but they have also added some amazing new features that have made us want to return to the Galar region after watching the end credits roll.

The issues with Pokémon Sword & Shield can partly be attributed to them being the first mainline Pokémon games on a home console and Game Freak needing to transplant its handheld series to a home console, as the audience had much bigger expectations than what was accomplishable in the time allotted. As time goes on, Game Freak will have the chance to improve upon the formula of the series by doing more with the new content that was introduced in the Galar region. 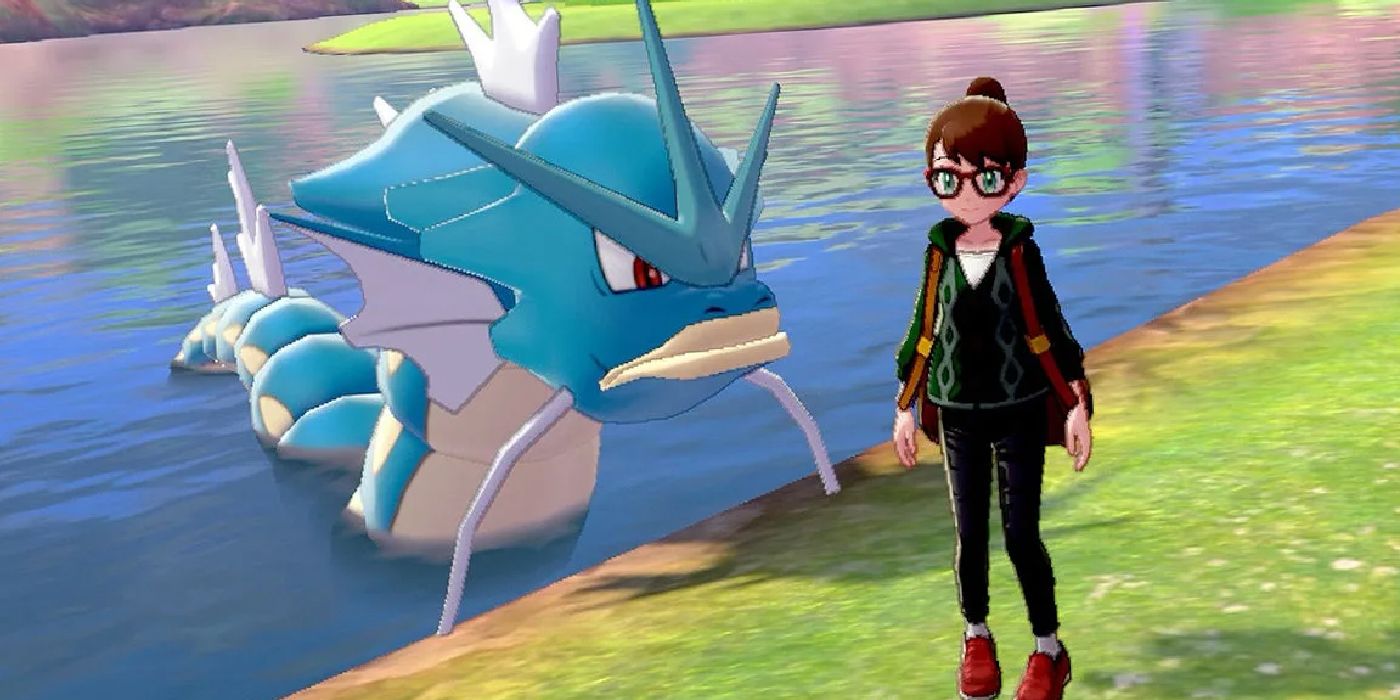 By far the best new addition to Pokémon Sword & Shield is the Wild Area. The Pokémon fans have been waiting for something like this since the days of Pokémon Red & Blue, as a massive open area that is teeming with wild Pokémon that live in different environments is something that the series should have done a while ago.

The Wild Area is awesome, but there is room for improvement. It would be great if there were multiple Wild Areas with their own different Pokémon and items to collect. A new selection of Wild Areas would also be a great place to put optional dungeons and secret locations that can gradually be opened up over the course of the game. The Wild Area in the Galar region is a step in the right direction and we can’t wait to see how future games expand upon the idea.

Temporary Power-Ups (But Maybe Not Dynamaxing) 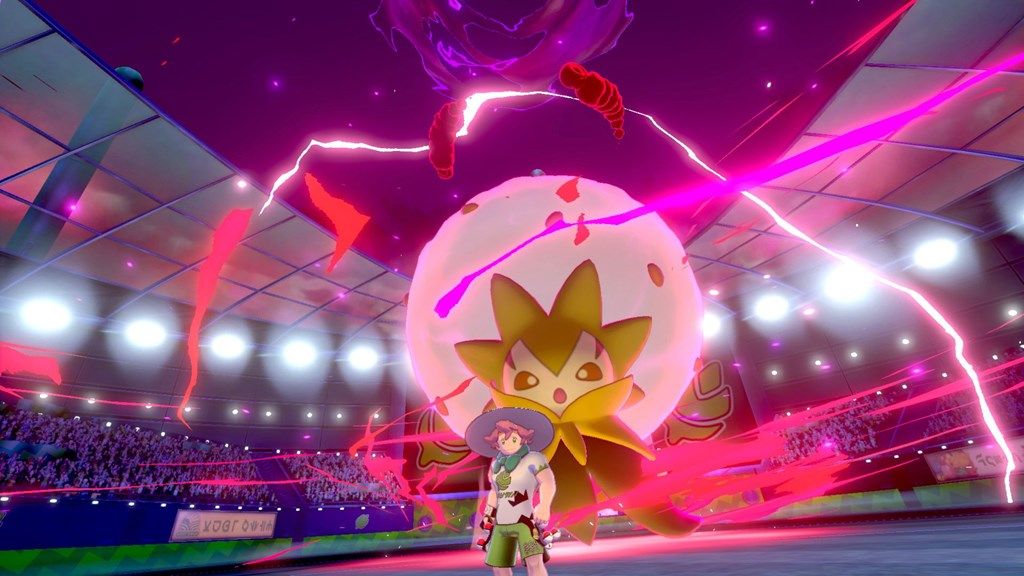 The absence of Mega Evolutions from Pokémon Sword & Shield was something that was mostly overlooked, as the removal of half of the Pokémon in the series was considered a bigger issue by many fans.

Mega Evolution was a great idea in concept and it allowed many Pokémon that had been ignored over the years to finally shine in the competitive scene, but it also had major issues in relation to game balance. One only has to look at the dominance of Mega Kangaskhan during the Pokémon X & Y years to see why Mega Evolutions could cause problems.

RELATED: Pokémon Sword & Shield: The Main Story Could Have Been So Much Better

One of the biggest issues with Mega Evolutions was that they lasted for an entire battle or until the Pokémon was knocked out. The temporary nature of the Dynamax power-up means that a Pokémon will only become incredibly strong for a few rounds, so any overpowered benefits won’t last very long. The fact that every Pokémon could use the Dynamax transformation meant that no one was left out, allowing for a much wider variety of tactics than what could be accomplished with Mega Evolutions.

The main issue with Dynamaxing was the laziness of its aesthetics, as increasing a Pokémon’s size quickly grows dull. The unique appearances of the Gigantamax Pokémon were a step in the right direction and something with a bit more visual flair could make a similar mechanic even better in the future. 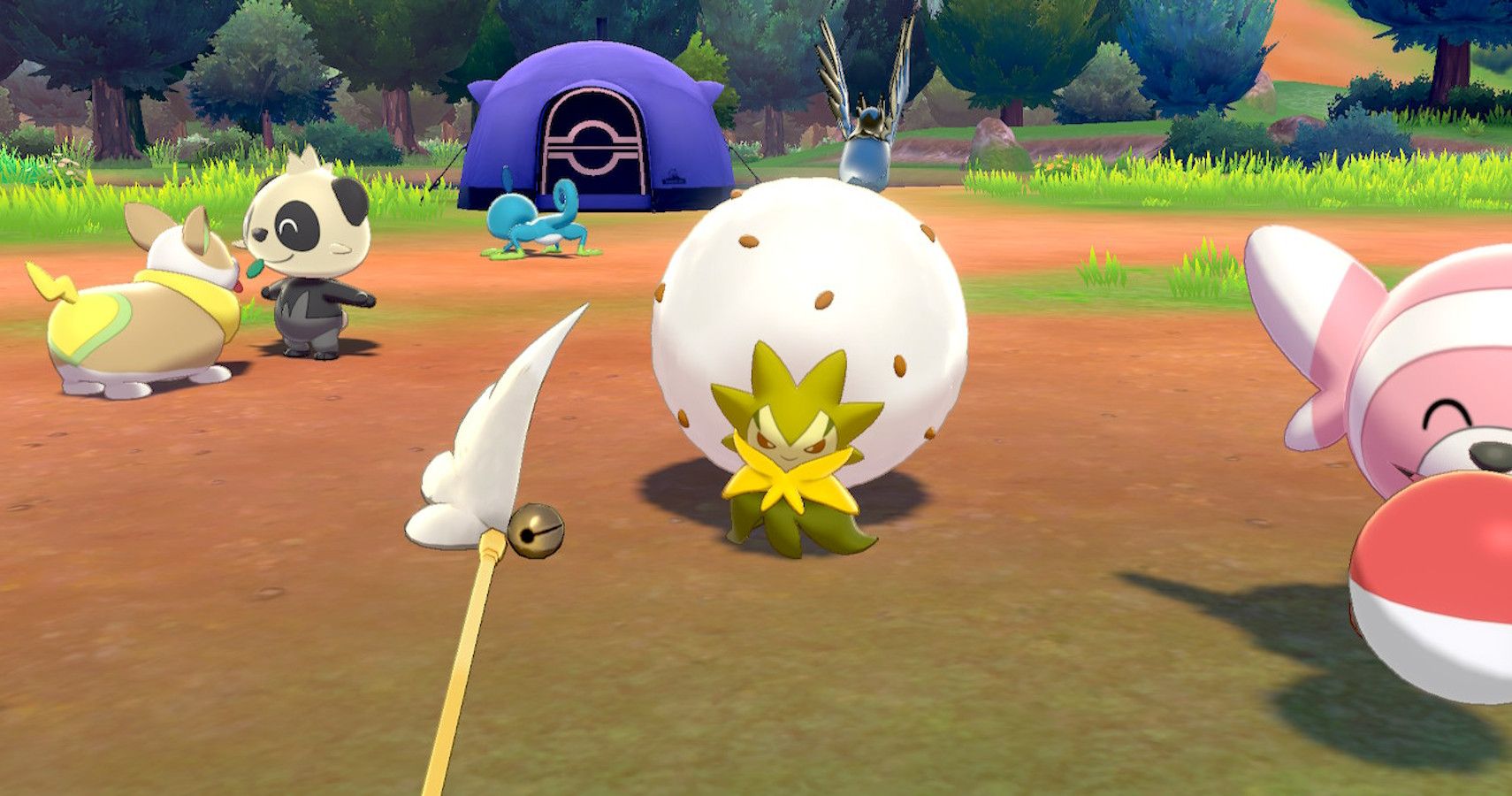 Pokémon Camp is the natural successor to similar features from the Nintendo 3DS games, like Pokémon Refresh, and its addition to the series is a welcome one. The ability to play with your party of Pokémon in a campsite is the kind of thing that fans have wanted to do for a while, but the limitations of the Nintendo 3DS hardware made it tricky to do all at once. We just wished that there were more activities to do with the Pokémon.

The curry making minigame will likely be switched out with a different type of food in later games. This is a great idea in concept, but the beneficial effects need to be toned down, as making curry was often far more effective than using healing items and it made Pokémon Sword & Shield way easier than they needed to be. 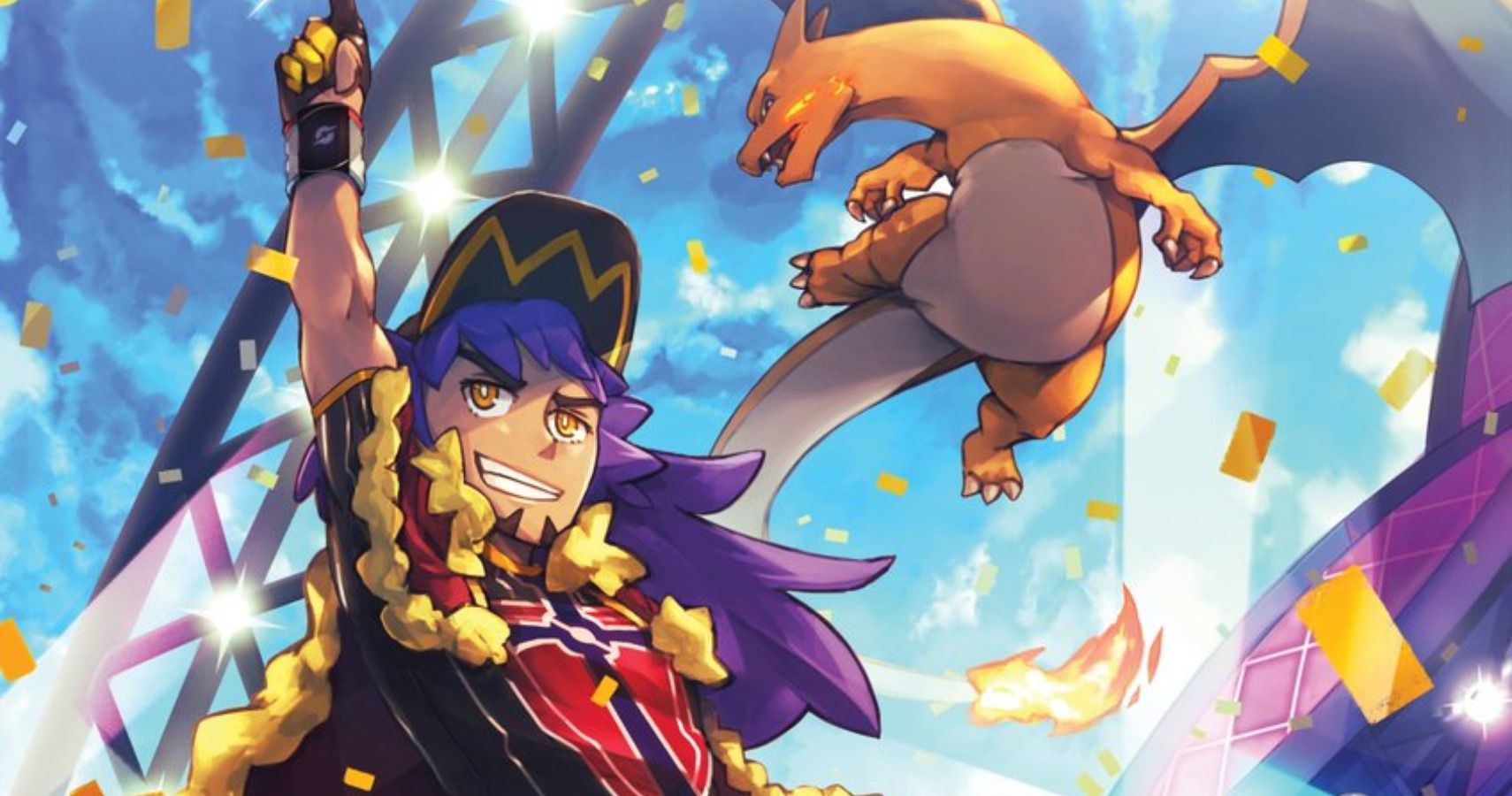 The people who wanted to raise a Pokémon for competitive battles in the older Pokémon games had a lot of busywork ahead of them, as the process of breeding a Pokémon was often long and frustrating.

Pokémon Sword & Shield have made things significantly easier with the addition of Mints that can change a Pokémon’s Nature, letting Pokémon max out their stats using items, allowing Pokémon to learn Egg Moves in the nursery, and quickly letting a Pokémon level up with the held of candy. These additions have made it a lot easier to create the perfect Pokémon team and we can only hope that Game Freak doesn’t remove them in later games. 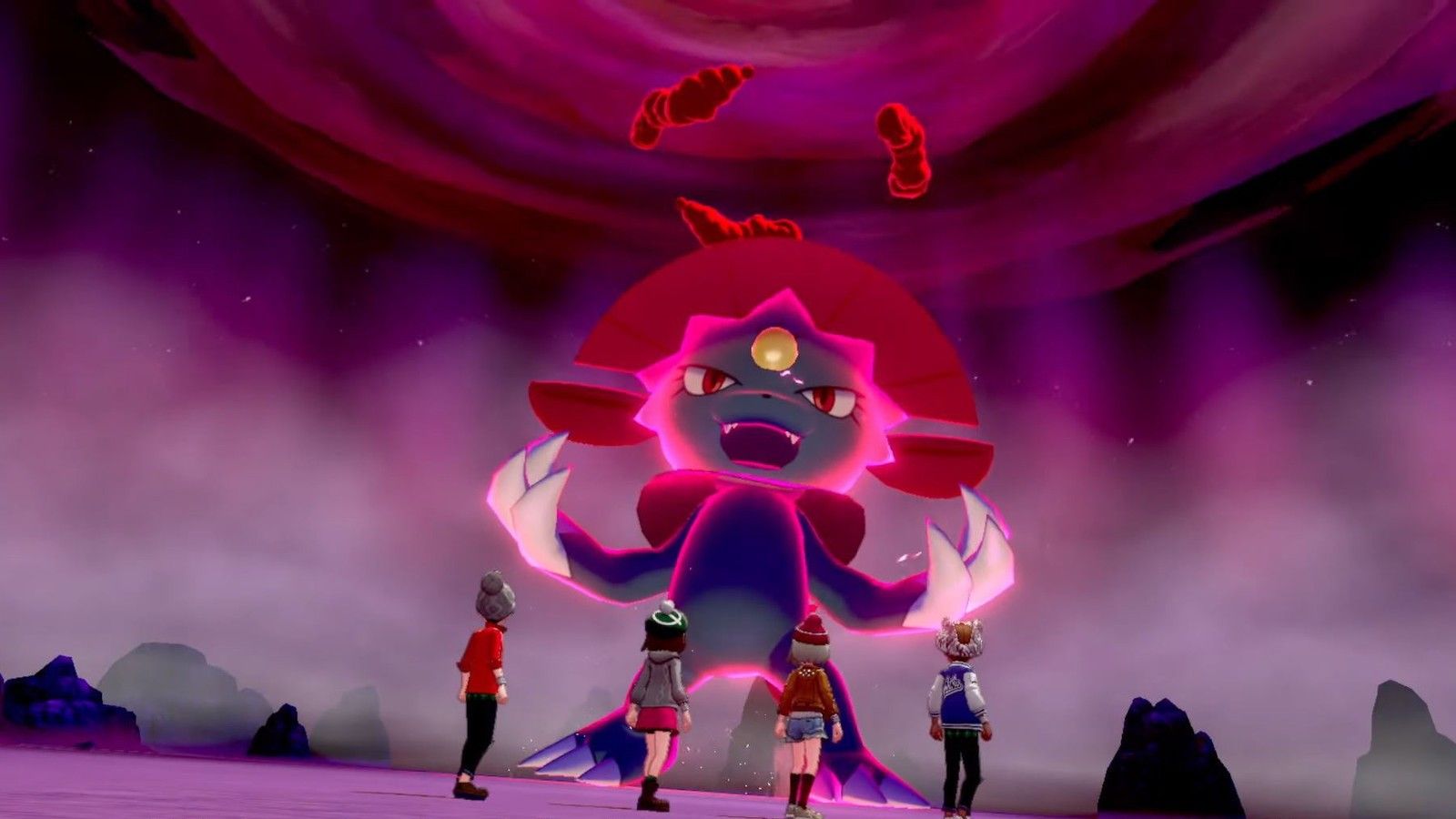 The multiplayer aspects of the Pokémon games that people use the most are trading and battling, but Max Raid Battles have offered players the chance to team up with their friends against a single powerful Pokémon.

Max Raid Battles are the closest thing that the Pokémon series has come to adding MMO style boss monsters and they have been one of the best additions in Pokémon Sword & Shield. The chance to fight alongside Pokémon Trainers around the world and take on enemy Pokémon with unique abilities has kept people coming back to Pokémon Sword & Shield for more, even after they have finished the base game.