The next generation is finally here, but we’re entering the new era of console gaming with a bunch of delayed games and a slim launch lineup. Still, early impressions are positive. People who are expecting a leap similar to the upgrade from PS2 to PS3, or even PS3 to PS4, might feel a bit shortchanged, but this next step up in visuals is more subtle than before. It’s not a generation where we jump from 2D to 3D, nor is it a bump from SD to HD. The improvements here are all in the details. 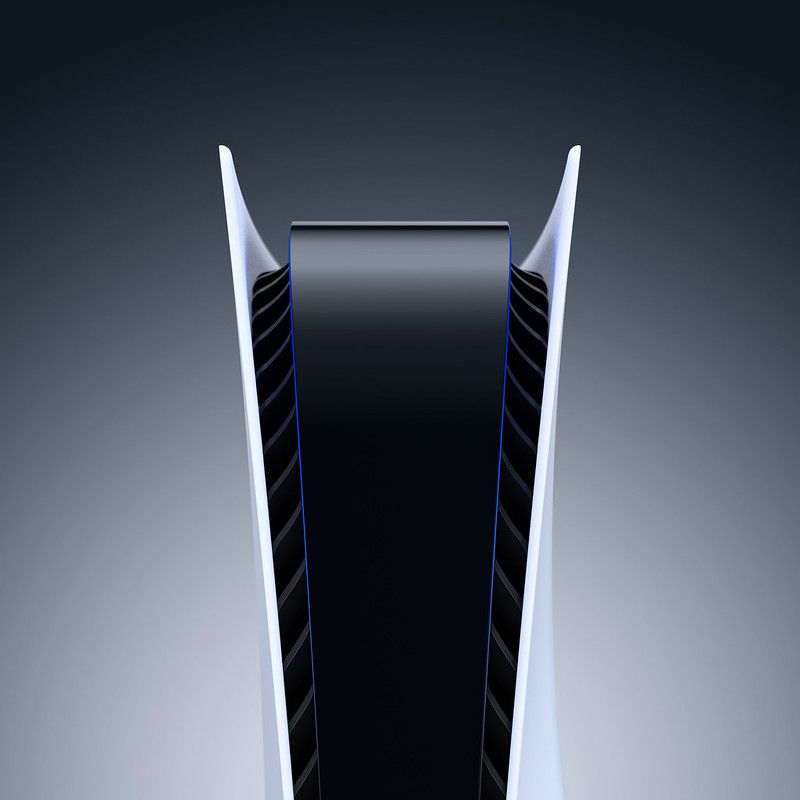 The PS5 is a bold design. It’s the biggest console that’s ever existed, and you could definitely kill someone if you wielded it as a weapon. When it arrived, I put it inside my entertainment hub and posted a photo of it on the internet. Within minutes, everyone was telling me it would explode. I’ve since stood it up next to my TV and I feel much more confident that it will not, in fact, spontaneously combust.

While it will burst out of your TV unit like Hulk out of his jeans, I do think it might have been safe in there. The reason it’s so big is because the shell of the console is built for airflow. Even if that touches the sides, the actual console has space to breathe in the middle. The curves are there so it can suck air into the vents and expel them out of its ass.

There’s also a massive fan inside – the kind you’d normally see in a high-end gaming PC, and the CPU is cooled with liquid metal like a Terminator. It’s the most sophisticated cooling system ever created for a console, but I still feel more comfortable with it out in the open. 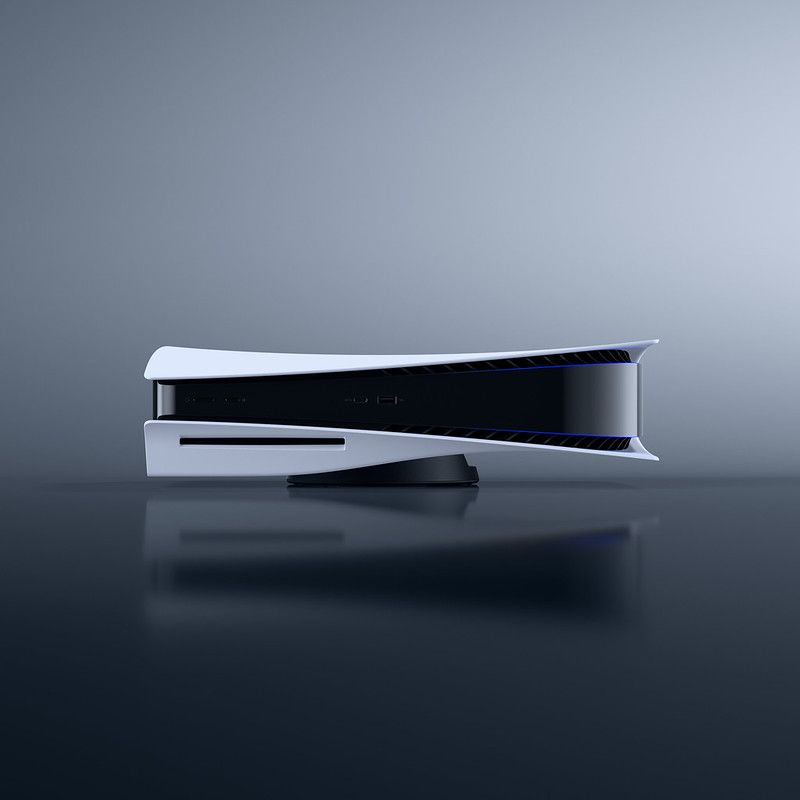 However you decide to place it, you have to use the stand so the console has airflow at every angle. Laid horizontally, you spin the stand and snap it to the back. If you want it standing up, you spin the stand, revealing a screw, pop a cap off the bottom of the console, pop that into the stand where the screw was, and screw the bad boy on. It’s effortless to set up.

When standing, it looks a bit like a modem you’d see in a sci-fi movie, or maybe a robot tulip. While you won’t forget it’s there because of its bold design, you won’t hear a peep out of it – the PS5 is a silent beast. 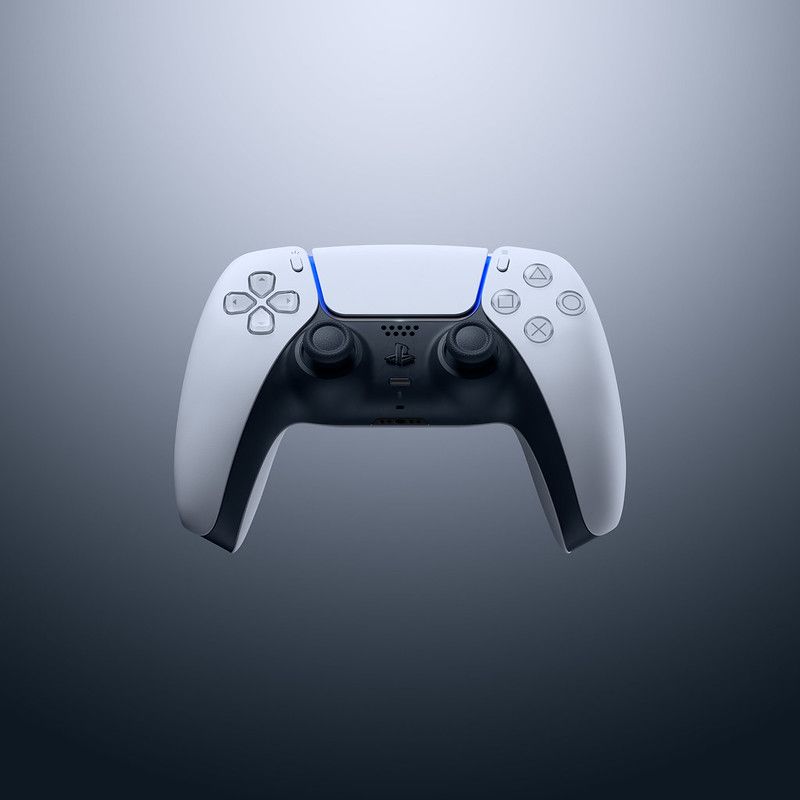 DualSense is a revelation. I feel confident enough to say it’s my favorite controller ever. It’s ergonomic, weighty, and packed with features that make it stand out as a next-gen piece of kit. The haptic feedback feels like more than just vibrations, simulating the sensations of different surfaces, impacts, and other feelings your character experiences in-game. From the patter of rain to the onslaught of a sandstorm, these localized and varied rumbles work together with the controller’s speaker to trick your brain into thinking you’re there. It’s extremely effective.

Elsewhere there are the adaptive triggers, which developers can tweak to make them fight back against you to simulate tension. Astro’s Playroom is a wonderful example of this, using the triggers to represent the taught string on a drawn bow, or to jutter about as you lay down fire with a toy Gatling gun. The first time a trigger fought me, I was worried about snapping it. But once you get used to it, it’s just another thing that pulls you into the experience a little more. And if you have accessibility concerns, know that these features can also be turned off on a system level.

I just hope that developers outside of Sony’s first-party studios take full advantage of the pad. Hell, I hope developers in Sony’s first-party studios do. Outside of a bit of web tension and some convincing vibrations as a train passes overhead, Spider-Man: Miles Morales certainly doesn’t use the controller to its full potential. I’d love to play a version of Death Stranding – or any Kojima game, for that matter – that plays with the DualSense capabilities.

The only downside to the controller is its battery. It uses a built-in battery and lasts for an entire day of play, but it doesn’t plug and charge. You can plug it in while playing, but it won’t charge the thing – presumably because it’s so hungry that the charge is just enough to keep it alive. You have to settle into a routine of charging it in Rest Mode when not using your PS5. 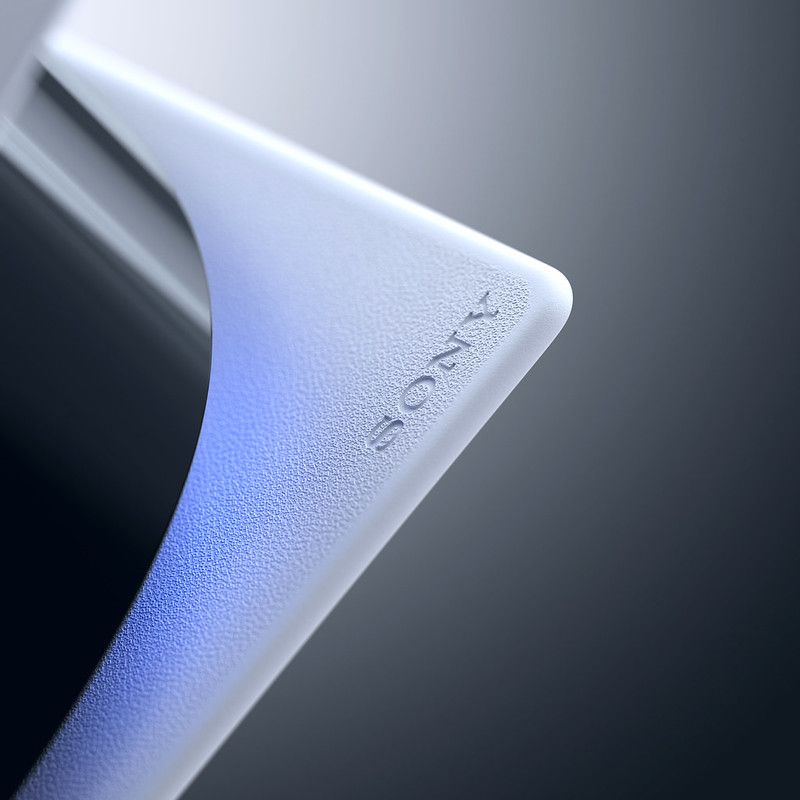 While you won’t be able to play PS3 or older games on your console, you will be able to bring pretty much the whole of your PS4 library with you to PS5. It doesn’t do anything particularly impressive with older games (at least without them getting an official patch from each developer), but it will bump the frame rate up to a smooth and stable 60fps on games with an uncapped frame rate option – Ghost of Tsushima, for example. I tested Days Gone – one of the first PS4 games to get an official next-gen patch, and it feels much nicer to play. The smooth 60fps makes aiming snappier, and the dynamic 4K resolution brings out the details of Bend Studios’ world. The ground textures, particularly wet mud, look fantastic. But backwards compatibility certainly isn’t a focus.

Sony isn’t treating the PS5 as a step up from the PS4 Pro. It’s a whole new console, with a new UI, fresh features, and a black and white style. One advantage of Sony treating the console as its own thing is that you can play on your PS4 and PS5 on the same account at the same time. This is a godsend to a parent like me, since I can pass my PS4 Pro down to my youngest child and he still has access to my entire library. My eldest kid can play from his account from my OG PS4, which is toggled as my primary console, and also has access to my library. This would be the case if my collection was physical, so I’m pleased this works with my digital library too. 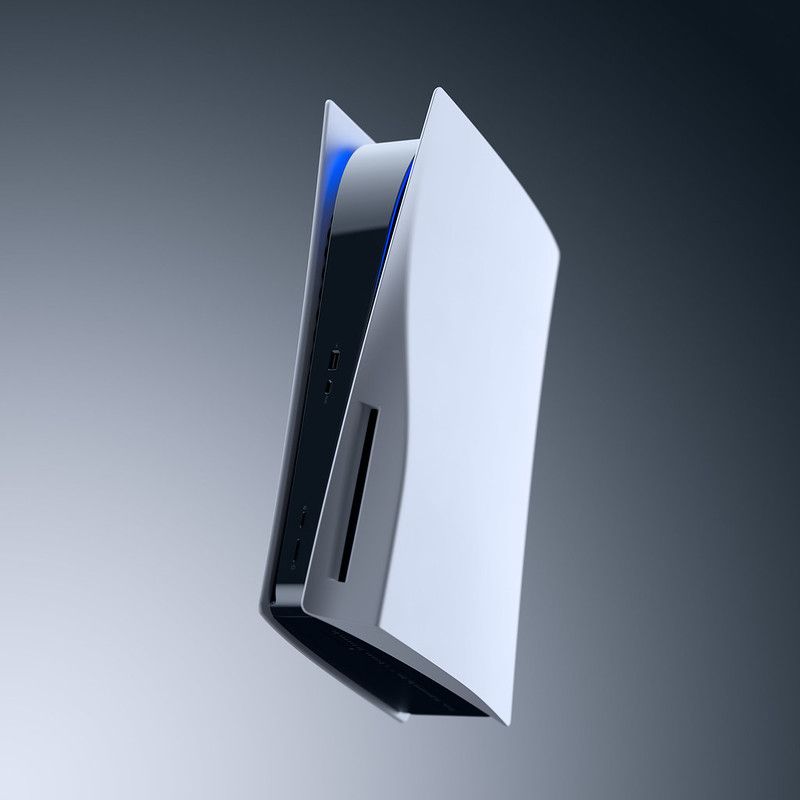 So far, I’ve had the chance to see four games on PS5. I can’t talk about one of them, but the others I’ve played are more significant as next-generation showcases anyway. Astro’s Playroom comes loaded on PS5 at launch for free and shows off all the features of your new console, as well as the DualSense. This is what you’ll want to jump on first to show off the controller’s haptic feedback and adaptive triggers.

Marvel’s Spider-Man: Miles Morales is the first game that gives a glimpse of the graphical power of PS5. You can clearly see the little bobbles on clothing, or tiny patches of torn fabric. Ground textures and materials look more realistic and natural. Then there’s the ray tracing, which allows for light to bounce off surfaces and reflect more naturally on characters and the world, as well as casting reflections on every reflective surface. Watching the world go by in a shop window was one of my first next-gen wow moments. Then there’s the Underground, a group of high-tech bad guys who make their debut in Miles Morales. At one point, you explore their hideout. Their gear is kitted out with neon strips, and the floor is reflective, which makes for a visual spectacle that you couldn’t match on old hardware. Expect to see a lot of neon, flashy VFX, and wet surfaces in next-gen games. Devil May Cry 5: Special Edition benefits from this increased luminosity, too.

With the Demon’s Souls remake on the horizon, it’s looking like a strong – if light – launch lineup for PS5. But Miles Morales, Demon’s Souls, and Astro’s Playroom are all experiences you can’t get anywhere else. 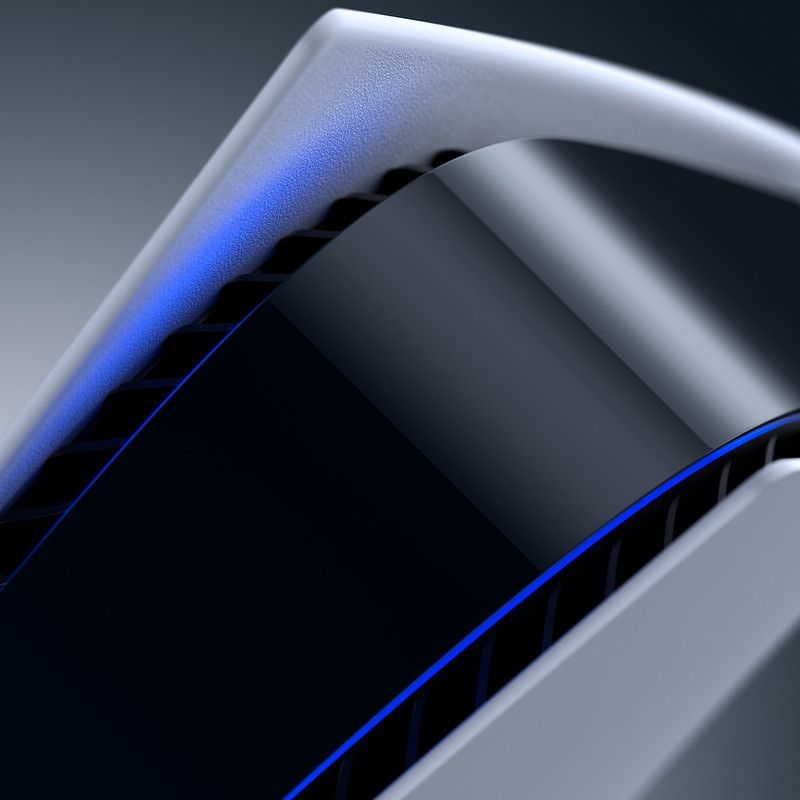 Another next-gen feature is something PC players have been experiencing for some time now: an SSD. The SSD shortens load times by an obscene amount, to the point where developers will need to learn to replace them with something other than tooltips – you don’t get time to read them.

Spider-Man: Miles Morales is the best showcase of this, allowing you to zip through an air vent from the inside of a building and immediately zoom into the open-world map outside, no loading screen required – just a single, stylish transition. 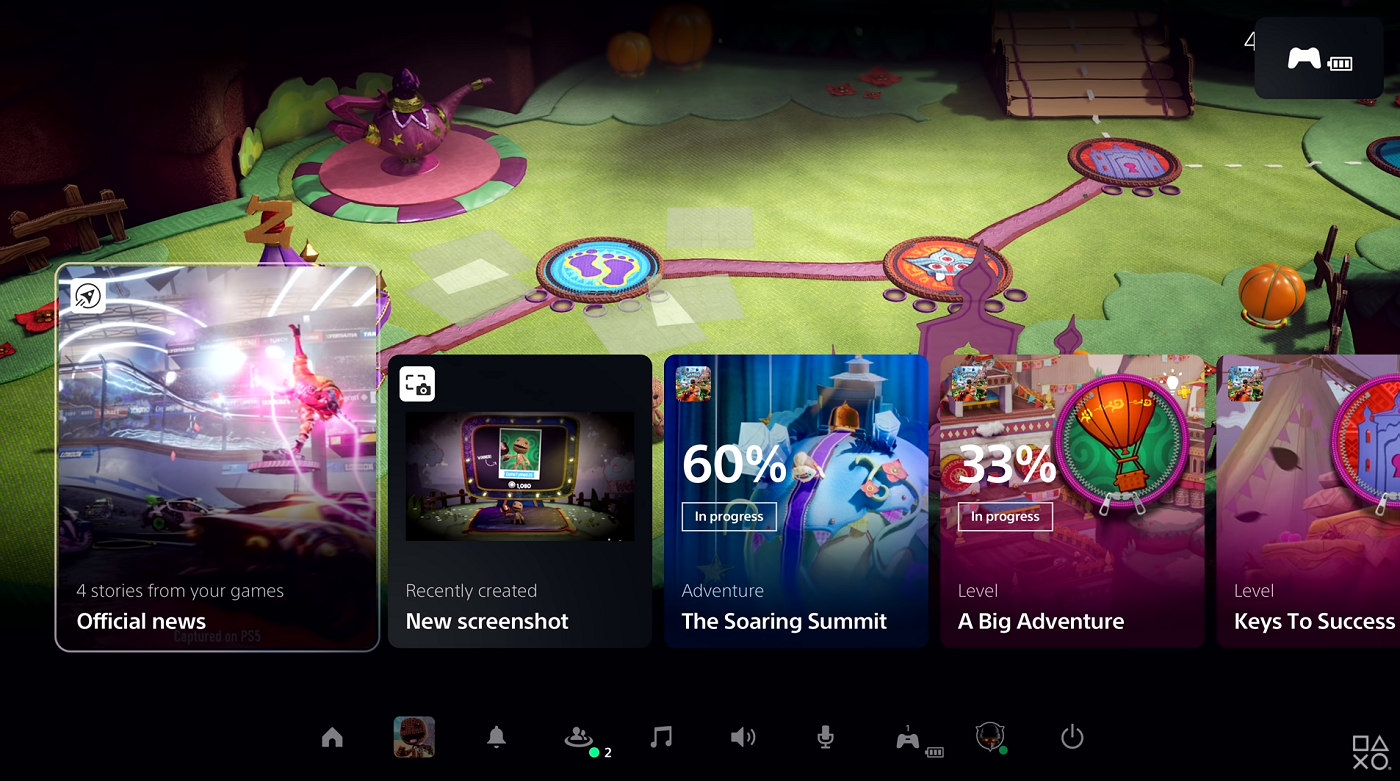 Cards are a Trophy hunter’s dream. Press the PS button on your controller and it brings up a row of cards with your overall progress in each level attached. Once live, you’ll even be able to use these to watch guide videos for parts you’re stuck on. You can also select cards to instantly transport you to levels where you’ve missed certain collectibles.

I can’t see myself using them much, but completionists will have a field day. The one time I did use a card, I accidentally pulled myself from near the end of a level right back to the start, so there’s also that. 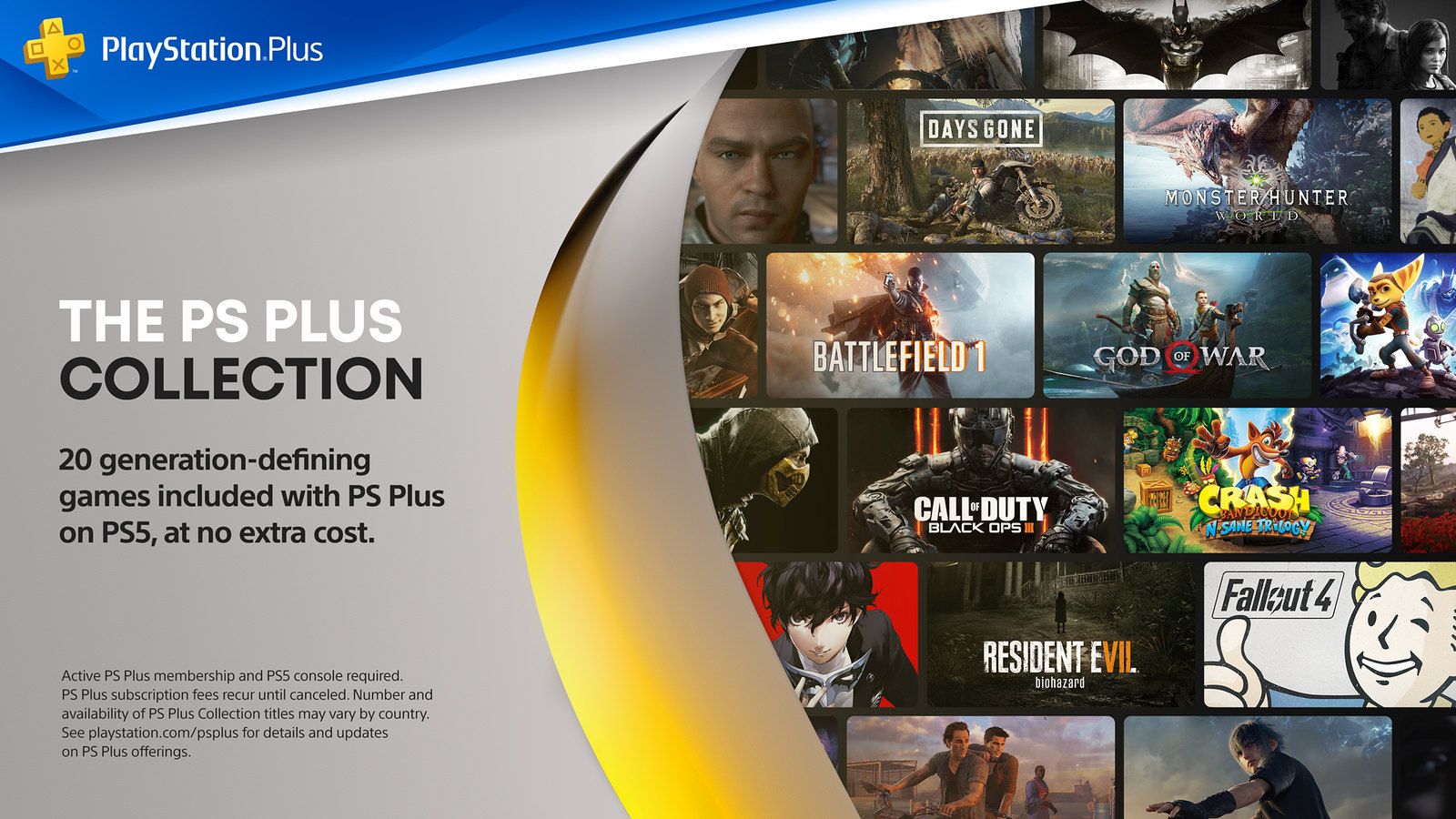 To make up for a light launch, your PS Plus subscription – which you’ll need to play online games – now comes with a host of PS4 classics for you to play on PS5. There’s a good selection, from Bloodborne to God of War and The Last of Us Remastered. It doesn’t rival Game Pass on Xbox, but every single game here is an all-time great. 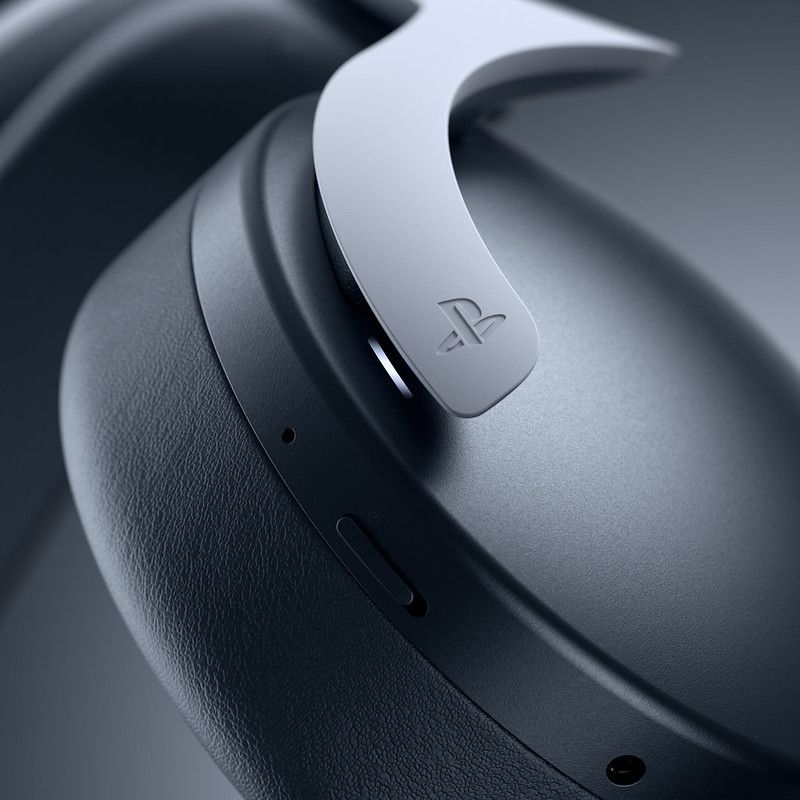 PS5 also comes with 3D audio if you have a headset that supports it. Unfortunately, I don’t, and Sony didn’t send out its Pulse 3D headsets for review. But it’s supposed to be like haptic feedback for your ears, allowing you to hear distance as well as left and right. Basically, you will hear arrows whizzing past your head, and I can’t wait to try it out. 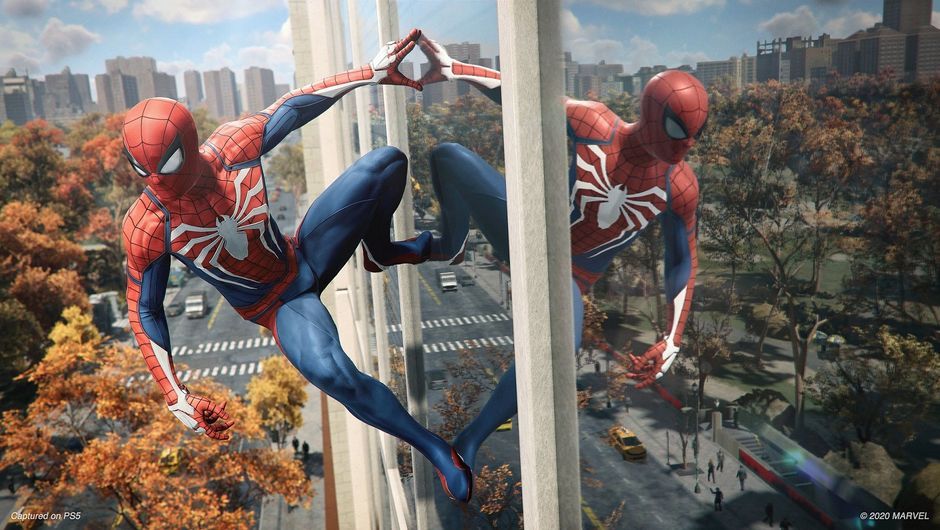 PS5 feels like a next-gen machine, thanks to a couple of showcase games and its incredible, innovative controller. Graphically, there might not be the initial wow factor of previous generations, but you see it when the light hits just right, when you see your character in a shop window, in the smaller details, the fast load times, and the smooth frame rates.

Sony has kicked off PS5 with some promising titles, and I can’t wait to see what studios like Sony Santa Monica do with the next God of War. Last generation, PlayStation was the place to be for exciting exclusives, and that business model paid off for Sony. I fully expect that to be the focus for PS5, too, and that’s exciting.

Next: Get A Death Stranding Costume For Sackboy If You Order The Special Edition 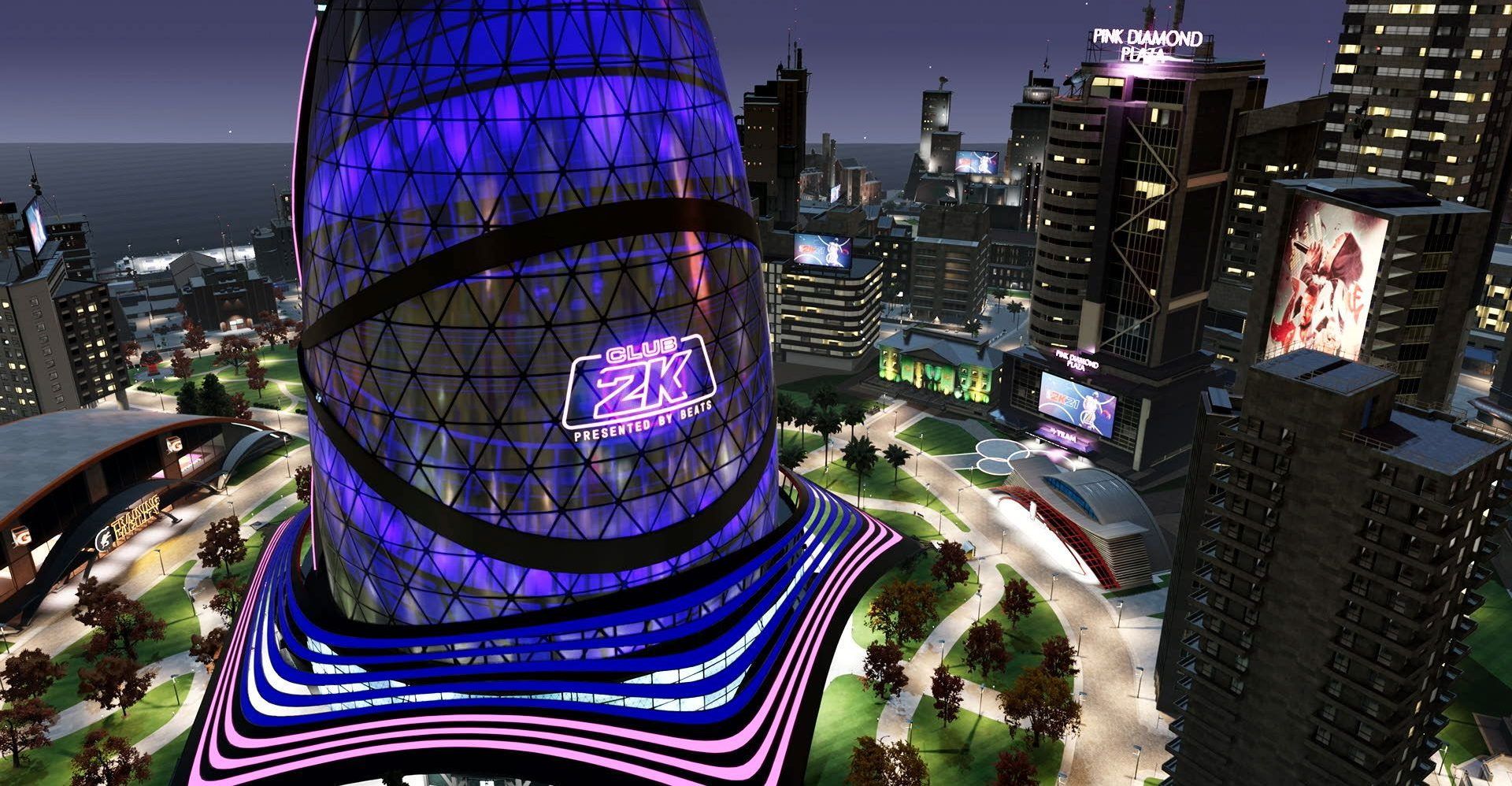 Lavrynthos: A Smart Mix Of VR Stories And Impossible Spaces

The IT talent gap is still growing
Xbox