Ratchet & Clank’s ‘thing’ has always been weird and wonderful weapons. As a series, it has the best arsenal in gaming history, and even though melee weapons have continued to fall by the wayside, Rift Apart is no exception. The Groovitron is missing, but some old favourites return, alongside some new ones joining the party. Of these, easily the best is the Topiary Sprinkler, which turns your enemies into a hedge. Yeah, that’s right – a hedge.

I heard about this hedge as far back as my hands-off preview, where I learned that it had been inspired by a trip to Disneyland. While racking their brains for a more creative take on the freeze ray, one of the devs recalled the topiary animals they saw at theme park, and thus the Topiary Sprinkler was born.

It was the weapon I was most excited to get my hands on, and luckily enough it’s one of the first weapons you can purchase. It lived up to expectations – I even opened my review by waxing lyrical about the Topiary Sprinkler. It’s genius. Once fully upgraded, it starts shooting poison and inflicting damage, but honestly – so what? That’s fun and all, but the reason I use this gun as my table setter in literally every skirmish isn’t because of how effective it is, it’s because it’s hilarious. It does its job well, but if I was speedrunning the game I’d probably whip out some of the more powerful blasters like the Enforcer or the Peacemaker instead. 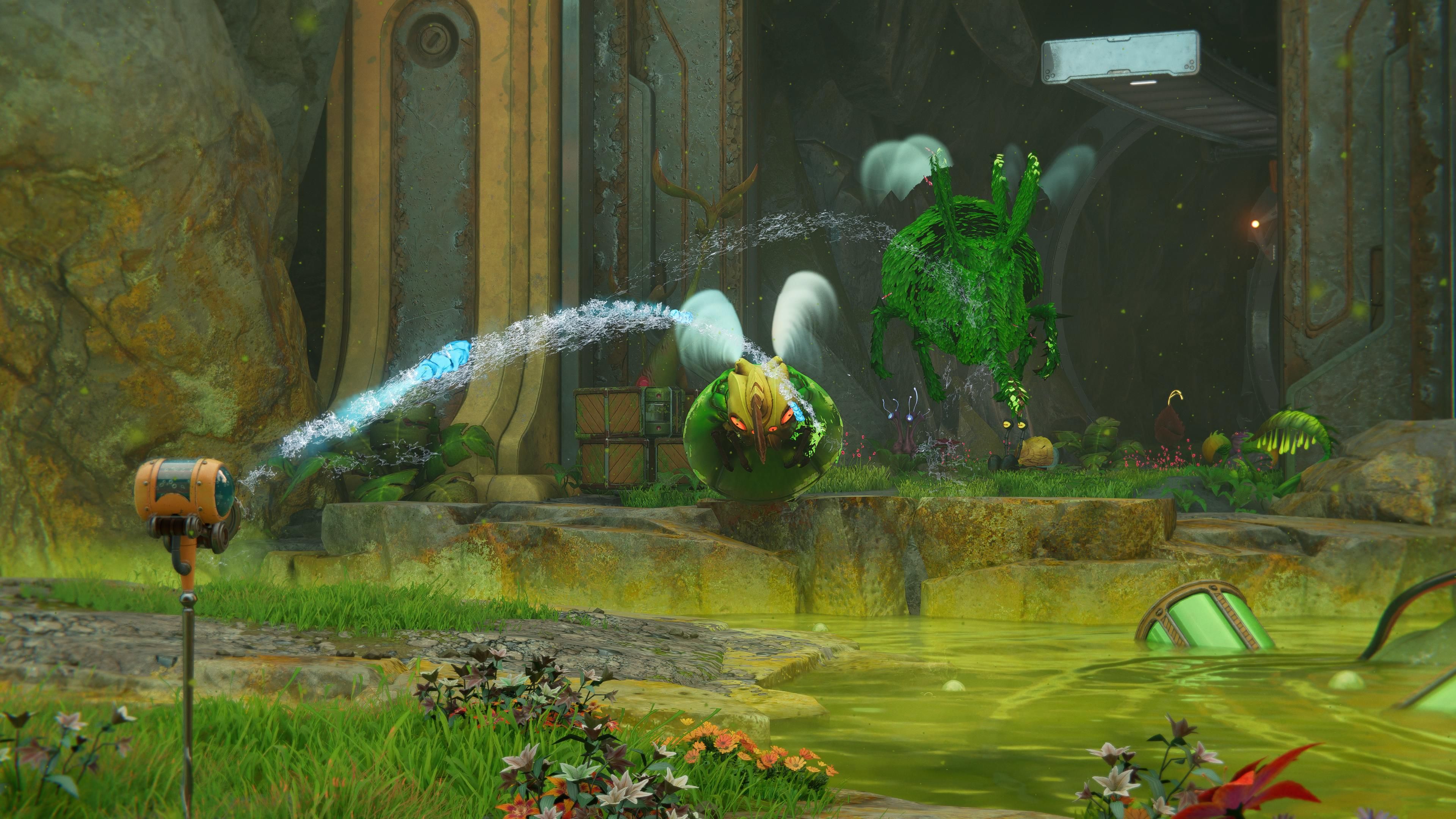 Many of the guns in Rift Apart I’ve used before in other games. Then a handful more, while creative and funny, feel like joke versions of other weapons I’m fairly used to. The Topiary Sprinkler has roots (geddit?) in the humble and fairly common freeze ray, yet it doesn’t feel like it’s just a Freeze Ray Mark Two. It feels new, and I just can’t get enough of it. That’s why I want it in every game ever from now on.

The two games I’ve played either side of Ratchet & Clank: Rift Apart are Mass Effect and Final Fantasy 7 Remake, and just think how much those games would be improved if you could turn your enemies into hedges. What’s that Sephiroth? Can’t quite hear you mate, seems you’ve got some leaves in your mouth. Shame. Mass Effect’s Reapers are all-powerful beings capable of destroying galaxies, resetting the genetic growth of sentient life to the primordial ooze so that synthetic life can continue to dominate as organics struggle onwards in an endless loop. Then again, one of them gets defeated by a big worm, doesn’t it? If a worm can kill them, just think about what a hedge could do. Don’t pretend you don’t want to see the hedge Reaper now – I know you do. 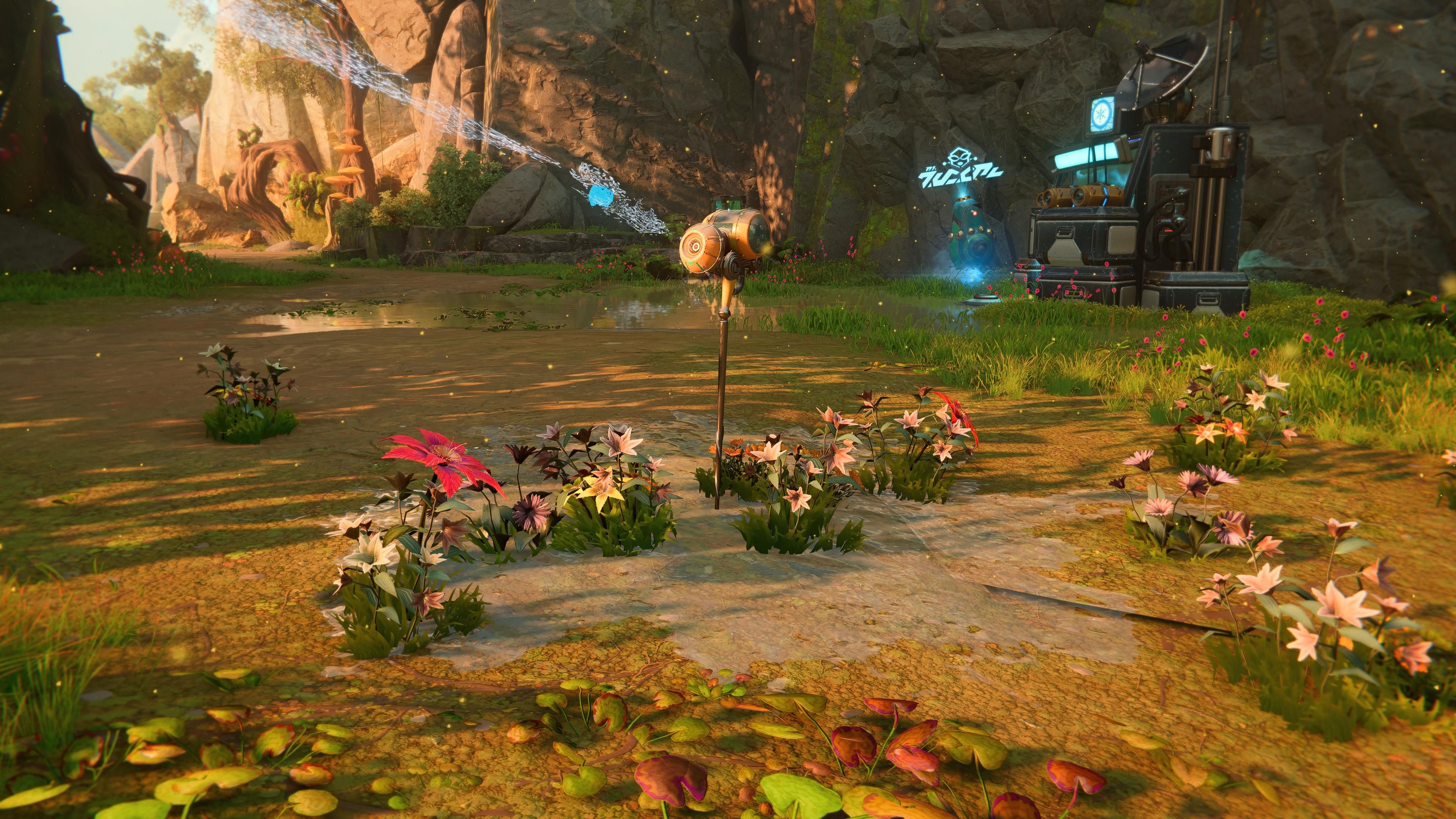 Last month I played Resident Evil Village, and imagine turning Mother Miranda into a- okay, that one doesn’t quite work. Lady Dimitrescu topiary though? Now you’re talking. I’m sure there’s some logistical issue I’m not quite seeing, perhaps some kind of copyright kerfuffle, but I also don’t care. Hedge guns in every game from now on please, cheers.