Tom Clancy’s Rainbow Six Siege should begin the first season of its fifth year very soon, bringing with it new operators, new maps, and a new Battle Pass brimming with unlockables and other content. It also kicks off a two-year design roadmap that Ubisoft Montreal developers laid out during a break in the action on Sunday at The Six Invitational, Siege’s world championship esports event.

So, what can players expect? Are they really cutting back on the number of new Operators each season? Is Tachanka getting a rework, or what? Here are all the answers to those questions, and more.

We still don’t know, unfortunately. Ubisoft Montreal announced on Saturday that the two newest operators would be available on public test servers beginning Monday, Feb. 17. In the past, seasons have launched three weeks after hitting test servers, which would put Void Edge’s launch on March 9 or sometime that week.

When the season begins, the newest components of the new season, the operators Iana and Oryx, will only be available to Year 5 pass subscribers for the first seven days. Again, Ubisoft has not put that pass up for sale or priced it yet, but past annual passes have run $29.99.

Who are the new Operators?

Oryx is a Defender, and Iana is an Attacker. These two were teased on Feb. 13 following a week in which several leaks revealed their names and abilities. Ubisoft confirmed them at the Feb. 15 Six Invitational panel. They are the 53rd and 54th Operators in the four-year-old Siege roster.

Iana, according to Siege lore (see the video above), is Dutch and her Gemini gadget holographic decoys; players have compared her to an Attacker version of Alibi, a Siege Defender, but there’s a key difference: Alibi projects a stationary hologram of herself; Iana projects a moving hologram while remaining motionless. But her mobile, lifelike hologram can bait opponents into tossing their explosives, and it can expose traps without triggering them.

Oryx, a Jordanian operator, uses his mass and power to bust through soft barriers without any tools. Oryx seems to be a counterpart of the Attackers’ well known Sledge, who carries a tactical breaching hammer that allows him to go through unreinforced surfaces in the same way. The difference is Oryx can do so a lot more quickly, with his dash, although he will take damage if he goes through a wall.

Oryx’s battering-ram attack can knock anyone to the ground, including shield-bearing Operators. He may also jump up to an open hatch, grab its ledge, peek around at his surroundings, and then either pull himself up or drop down. One drawback to his speed, mobility, and Rebar Bash ability is that he’s very loud.

Oryx, a Defender, can break down soft barriers with his size and will.
Ubisoft Montreal/Ubisoft

In Season 1, Ubisoft Montreal will delivering a complete overhaul of Oregon, a map that’s been in the game since its December 2015 launch.

The rest of the Year 5 roadmap promises one such overhaul each season. The next three are: House, Skyscraper, and Chalet. House and Chalet are likewise original maps; Skyscraper debuted in Operation Red Crow, Season 4 of Year 1 back in 2016.

Ubisoft Montreal developers didn’t say anything about Stadium, the map introduced last month for the Road to Six Invitational, or whether it will stay in the rotation when Year 5 Season 1 begins. The multifaceted training area has been a fan favorite in the limited time it’s been available, so keep your fingers crossed.

Iana, an Attacker, is compared to the Defenders’ Alibi for her ability to project holographic decoys
Ubisoft Montreal/Ubisoft

What new Operators are coming in the rest of Year 5?

In the roadmap Ubisoft Montreal revealed on Sunday, developers said Season 2 (typically beginning in June) will deliver two new operators, from Norway and South Africa. The nationality of Season 3’s Operator is “classified,” but Season 4’s will come from Thailand.

Seasons 3 and 4 will have just one operator each, meaning Year 5 will bring six new Operators as opposed to the eight that past years have brought. Designer Jean-Baptiste Halle said that Siege will cut down to one new Operator per season from Season 3 onward as the studio turns its focus to core gameplay and character reworks as part of the seasonal content for everyone. That said, Ubisoft Montreal remains committed to its long-term goal of 100 Operators, Halle said.

The first reworked character will be Tachanka, a Defender well known for the heavy fire that comes from his portable turret — and the lack of mobility that entails. Tachanka’s primary weapon will retain its iconic disc-shaped magazine but now it’s in a more portable light machine gun form. This weapon can also carve through walls, making Tachanka a lot more useful. He also gets an incendiary grenade launcher, which Ubisoft Montreal says is best used as an area-denial tool.

Ubisoft didn’t give a date for Tachanka’s reworked appearance, but this roadmap title card says they begin with Season 3 (September). Other reworks will follow in Season 4 (December) and in Year 6 in 2021.

What else will Rainbow Six Siege get in Year 5? 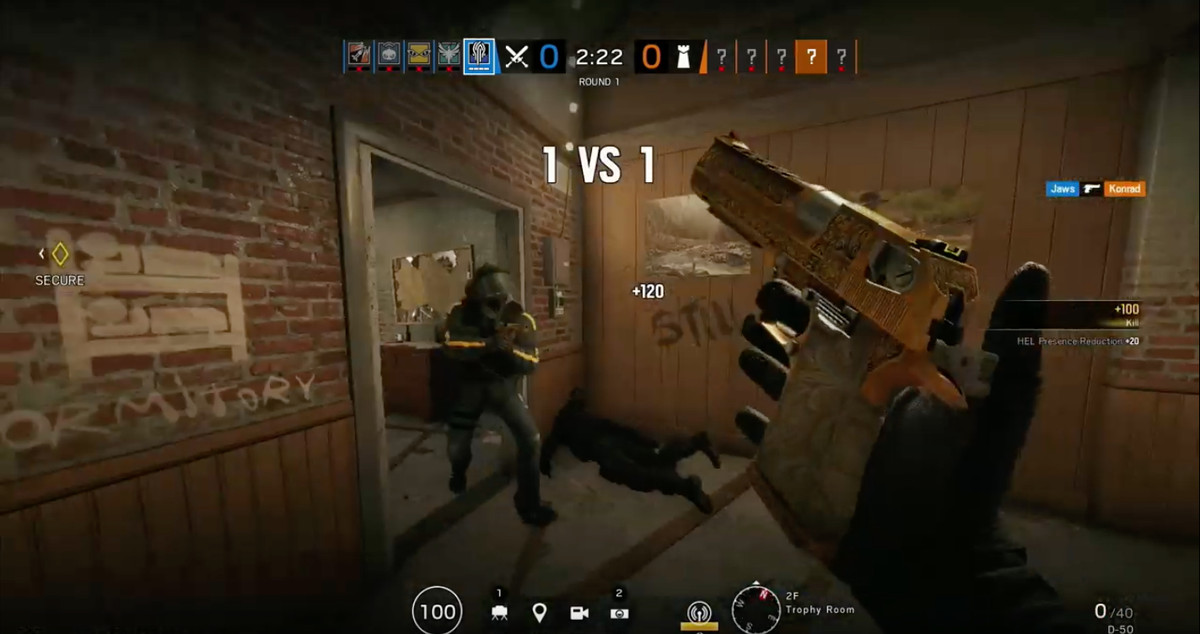 A ‘Golden Gun’ arcade-type game will be joining the playlist in Year 5, Season 1 of Rainbow Six Siege
Image: Ubisoft Montreal/Ubisoft

Will Year 5, Season 1 have a Battle Pass?

Yes. Battle Passes offering two tiers of content (free and premium) began with the Road to Six Invitational event that kicked off in January. They are a part of the two-year roadmap for every season going forward, Ubisoft Montreal told fans last night.

Otherwise, we don’t know what specifically will be in Year 5 Season 1’s Battle Pass. The Road to Six Battle Pass cost 1200 R6 Credits (a premium currency, roughly equal to $9.99) to unlock the premium tier of content. Another 1200 R6 credits would unlock its first 12 tiers. Season Pass subscribers typically use their discounts on these premium unlocks.

Battle Pass progression comes through the Battle Points earned in competition — 120 for winning a match, 60 for winning a round, and 100 for losing a match. Boosts and multipliers are usually offered throughout the season (and yearly pass buyers get one automatically). 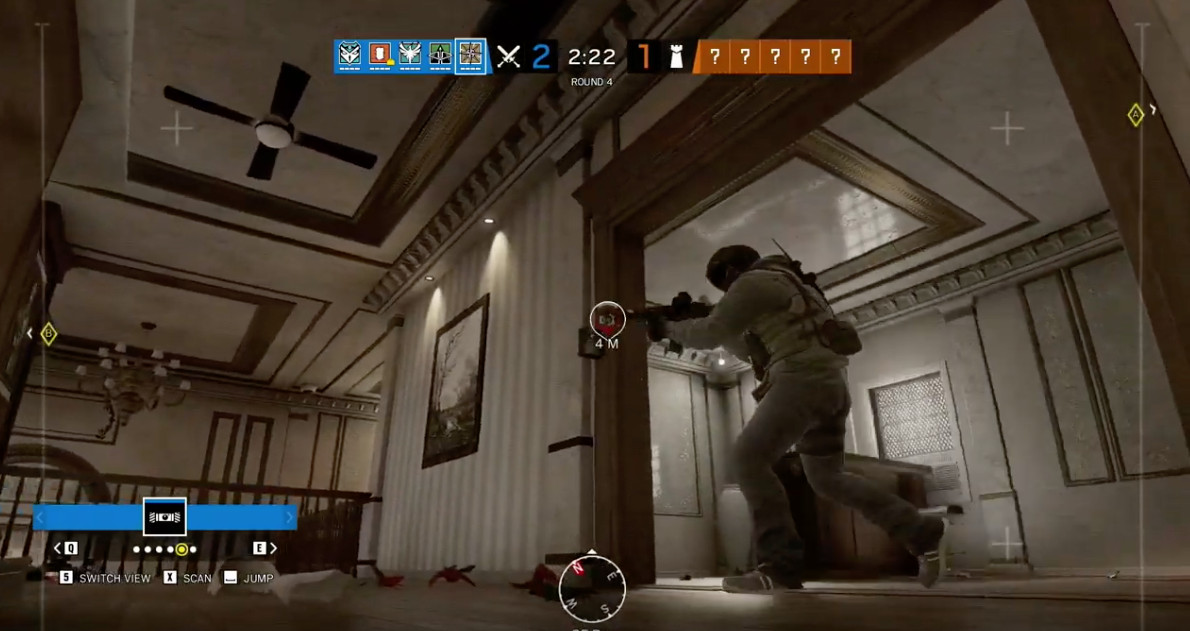 What does the Year 5 Pass Offer?

Ubisoft Montreal is promising six new operators in Year 5. That’s down from the eight who debuted in Year 4. Operators are the real reason to buy the pass, as otherwise they must be bought a la carte for Renown (the freely earned in-game currency) or R6 Credits (currency bought for real money). This has typically been 25,000 Renown or 600 R6 Credits. 600 R6 Credits cost $4.99.

This leak, published to Reddit last month, purports to show what the Year 5 Pass offers. None of it is confirmed. It also doesn’t show a price, but they’ve run $29.99 in the past. Note that the 600 R6 Credits that past yearly passes have thrown in was not mentioned in the Year 5 Pass leak.