Rico Review: Cel-shaded shooter is hit and miss but offers plenty of bang for your buck 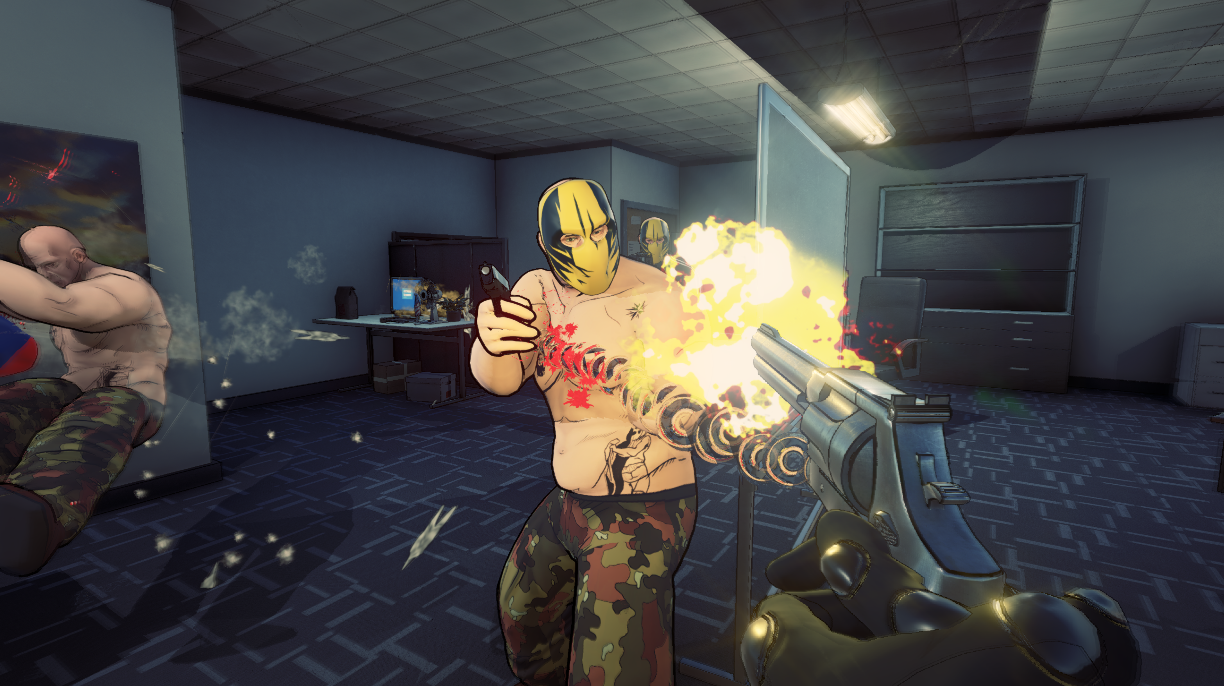 As you progress through the game, more and more weapons and items are made available to you, which you need to purchase with the aforementioned merits.

The weapons are standard enough; you have a nice range of pistols, shotguns, submachine guns and assault rifles available to you.

Paired with these is a melee weapon in the form of a police baton, and your trusty legs. While bullets can miss if you’re imprecise, I found that the deadliest weapons in the game were your legs.

The player has the ability to slide through doors instead of kicking them down, and sliding comes with the added bonus of killing anything you come into contact with in one shot.

Add this to the slowed-down, bullet-time mechanic that plays every time a door is breached, and you have a recipe for success.

It’s incredibly powerful, albeit ridiculous, and I’m glad to say I spent more time sliding along the ground than I ever did firing a weapon. 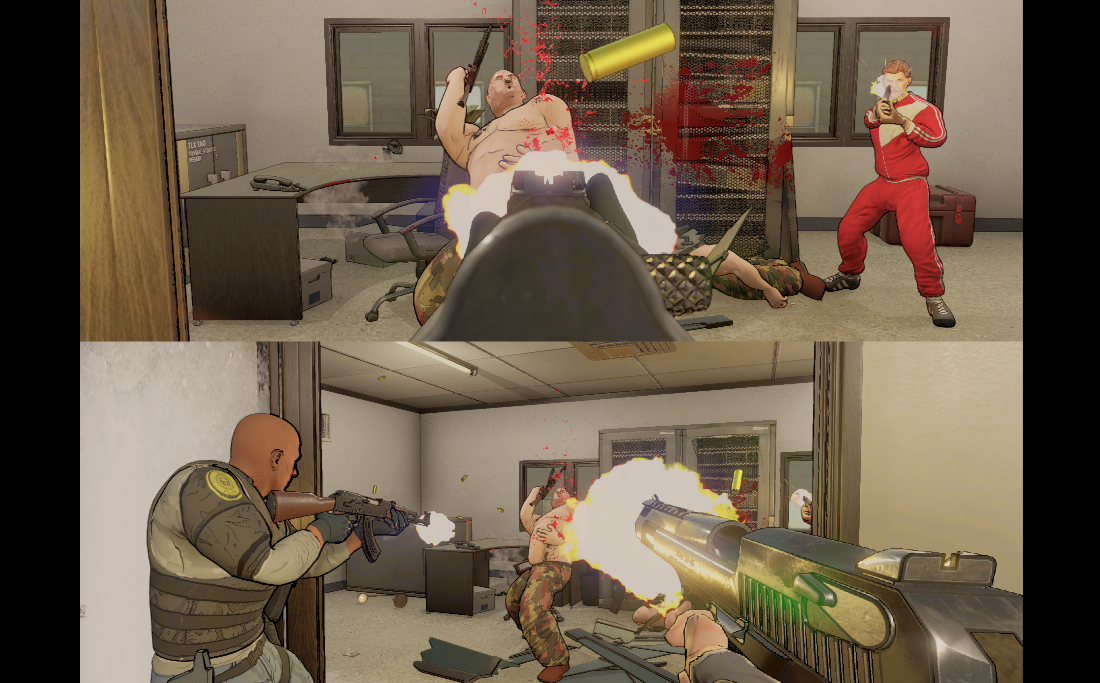 The graphics and sound design are probably the two biggest downfalls of the game, though.

The graphics are okay, with the game adding a cel-shaded effect to its characters and the randomly generated environments you’re placed in.

However, the issue I came across is that the enemies are too repetitive. When you load up a mission, you can expect to see the same two or three character models throughout the map.

The sound design is another story. The only music found in this game is played on the main menu.

Having no music play during missions might add to the realism, but RICO knowingly departs from realism in other aspects of the game, so this shouldn’t be any exception.

The lack of music, or even an option to modify or mute music during missions is jarring, and thus footsteps sound extra heavy. Likewise, the weapons sounded a bit dull and lacking punch, almost as if they were being muffled or muted. 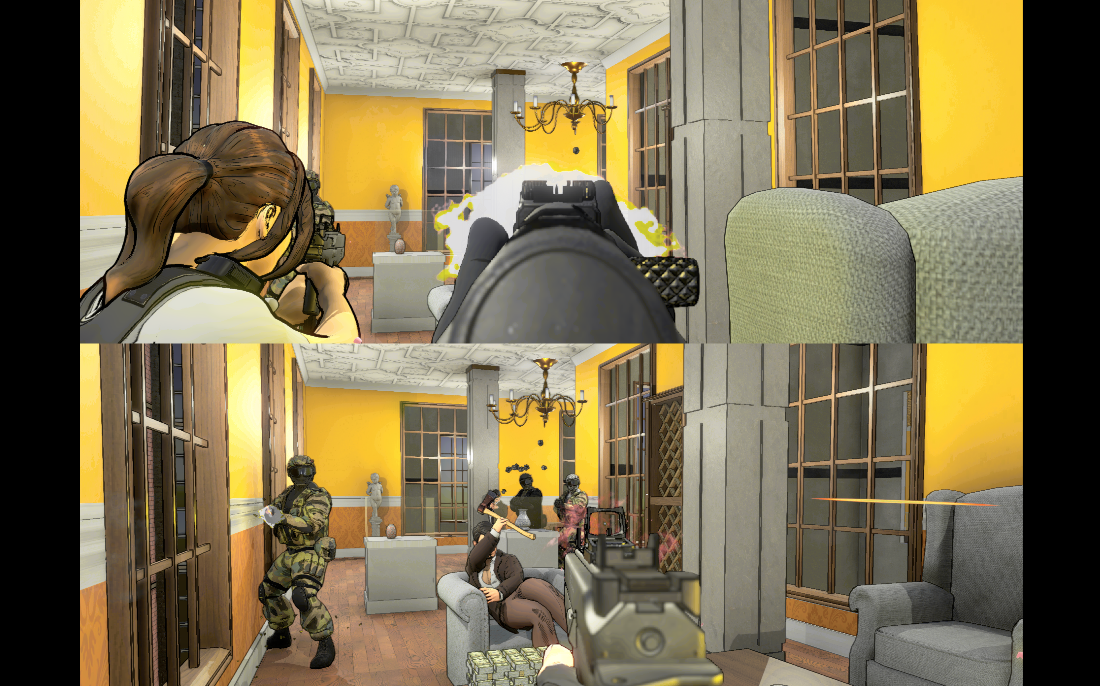 Bar the questionable sound design, I enjoyed my time with RICO.

The developers went for replayability over narrative, which is understandable given the size of the game.

With the options to jump into a case quickly, delve into the branching “story”, or complete daily missions that are randomly generated every 24 hours put before you, it should be easy to lose a few hours in this game.

While I had definitely had some issues with the game – sound design, the hard reset on failure – I still found myself coming back to play more.

Turn up your favourite high-octane rock music, and get ready to lose a couple of hours in this mindlessly fun shoot-em-up. 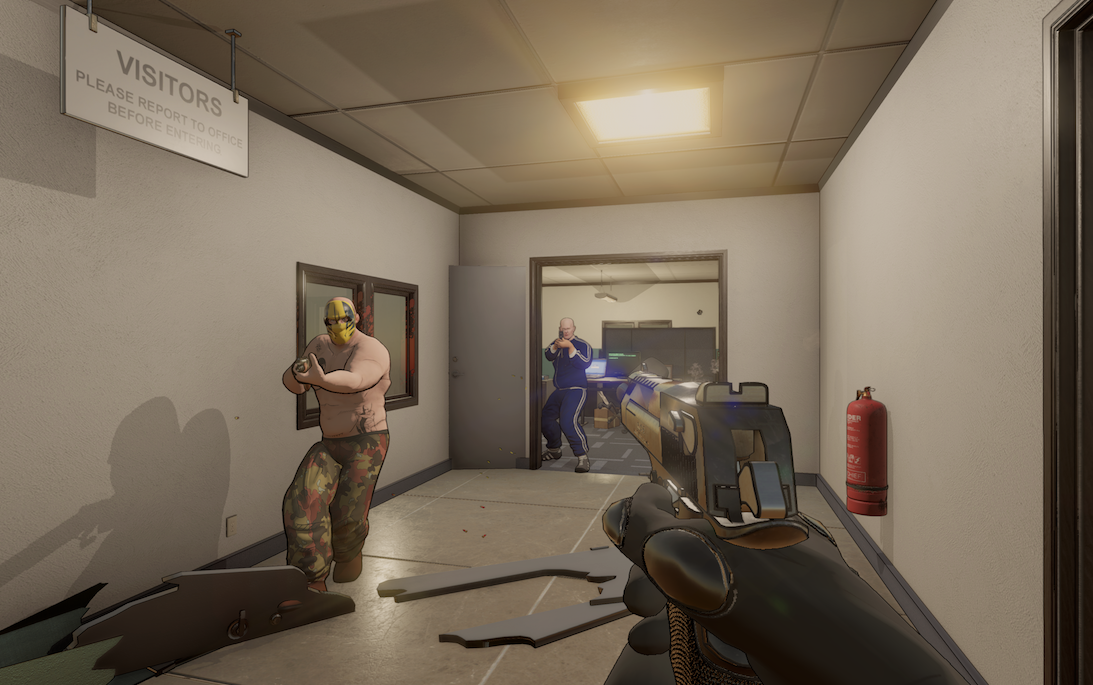