Last week, Sega released the final title in its Sega Ages line on Nintendo Switch with Herzog Zwei. An underappreciated gem from the Genesis library, Herzog Zwei was maybe a bit too ambitious for the constraints of 16-bit hardware. Essentially writing the rulebook for RTS games for the next 10 years, it’s not hard to see why people in 1989 may not have taken to the game once you spend a few minutes with it.

Eschewing things like a traditional campaign mode, Herzog Zwei is mostly a series of disconnected skirmishes that players will partake in for fun. There’s theming with two rival nations battling for a distant land, but that hardly matters once you’re into the thick of battle. Each army has the same exact units and both handle exactly the same. The only difference is their color.

That sounds really shallow, but you have to remember the legacy of this game. RTS titles weren’t even really a thing in 1989. What developer Technosoft achieved here is remarkable given the limitations of the Genesis hardware. Herzog Zwei is immediately comparable to titles like Dune 2, Warcraft, and Command & Conquer, but hit the scene almost a decade before.

That’s awesome, but I can absolutely see why players didn’t jump on this. If you were to jump blindly into battle without reading the manual, you’d have no idea what was going on. Even knowing basic RTS concepts from the last few decades, nothing in Herzog Zwei teaches you how to conduct battle. Being that this was before the era of tutorials being incorporated into games, you start to understand why this title didn’t take off.

That’s what makes the recent re-release so tantalizing. It doesn’t necessarily fix the problem of blindly jumping in, but it does include an interactive tutorial that quickly gets you up to speed. Not only that, but online multiplayer has been thrown into the mix to let you actually engage in head-to-head competitive battles. You even have access to save states, letting you make risky moves in offline battles and then revert the changes until you better understand the mechanics. With just a few simple tweaks, Herzog Zwei has become worth considering in 2020.

At its core, the Sega Ages version is still the regular Herzog Zwei. The game doesn’t have any additional control options or HUD elements. Without practice, you likely won’t understand what the different units are or how to command them. Since this was during the era of the three-button Genesis pad, you only have options for opening the unit queue, firing your own gun, and pausing the game. It’s certainly limiting, but the aforementioned tutorial does a lot for explaining how battles should be fought. 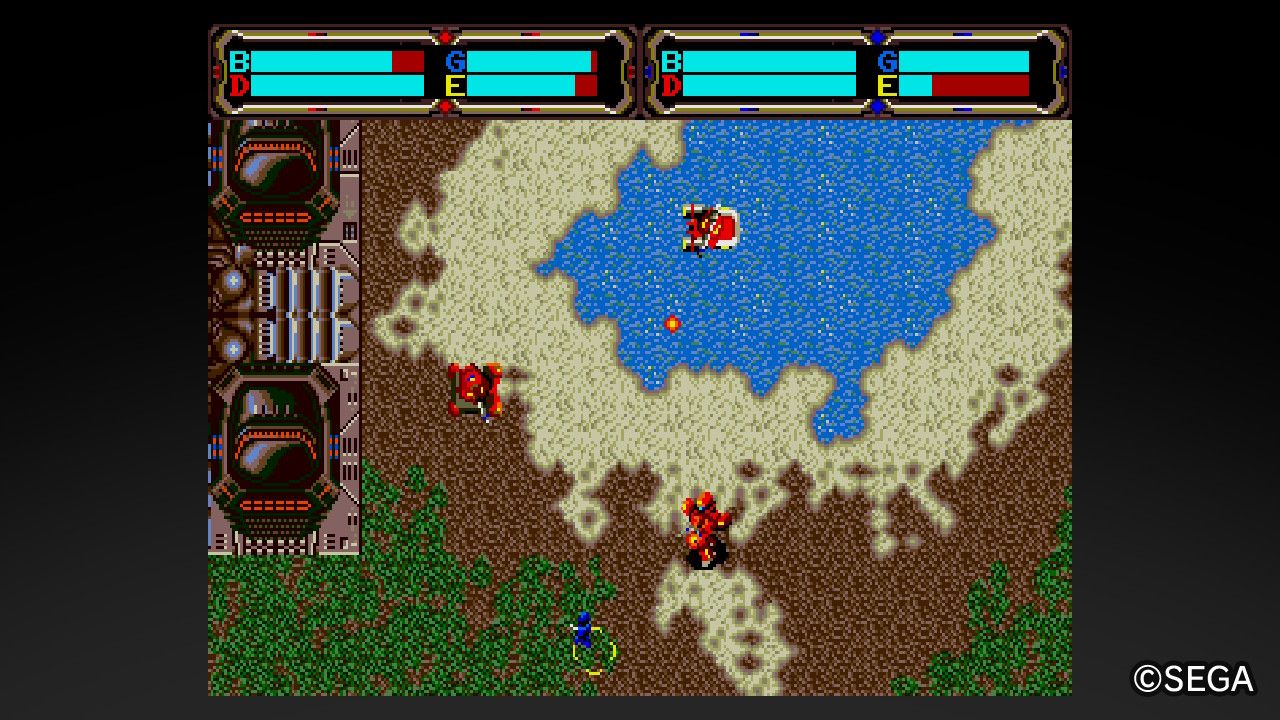 When everything gets going, you can see how Herzog Zwei may have even inspired MOBA titles. While the goal is to destroy the enemy base, you’ll need to capture outputs along the way to raise funds to build your army. You can create defensive units to protect said outposts, but you’re constantly in a tug-of-war over the land. It’s frustrating in the beginning (I spent far too long learning things), but you’ll slowly get the hand of creating units, moving them to their destination, and taking the offensive when you’re kitted out.

The main difference that Herzog Zwei has from other contemporary RTS titles is that you’ll have direct control of a transforming unit. You’ll start as a fighter jet that can quickly zip around the battlefield, but you’ll be able to transform into a mech that can walk around and shoot ground units. This is how you’ll clear out outposts while waiting for your own units to spawn.

It can be tedious to have to carry individual units into battle, but that is one of the limitations of the Genesis hardware. It can also be down to the fact that no one knew how to create an RTS title in 1989. As I said, it’s remarkable that a game so forward-thinking was even made on Sega’s 16-bit console, but that doesn’t mean it is perfect. 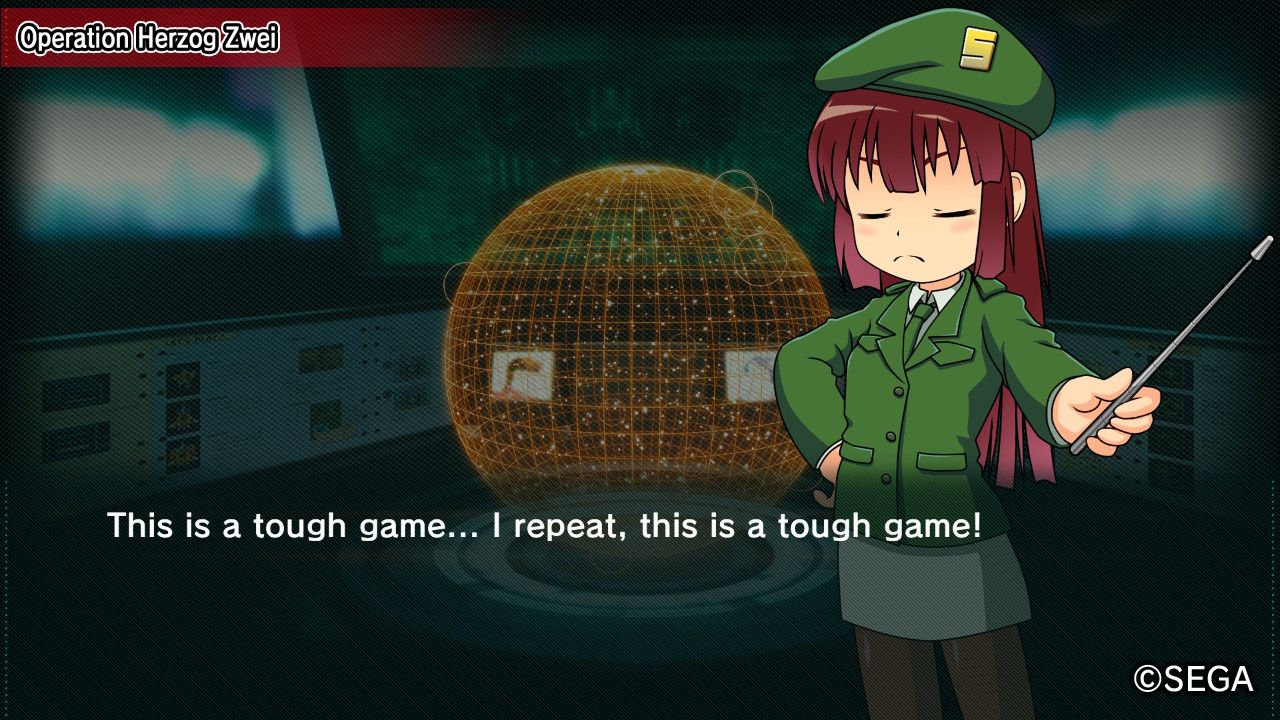 The tweaks available to the Sega Ages versions (which include all of the features present in other Sega Ages re-releases) make this the definitive port. It runs well, has a plethora of control options, gives you that awesome tutorial, has online play, and even lets you tweak different factors for battle. It’s more customizable and much more comprehensive, which helps a lot.

More so than other Sega Ages titles, I have no problem with the $7.99 price tag. Herzog Zwei is absolutely a title that deserves to be remembered. It was maybe too far ahead of the curve back in its heyday, but Sega has really knocked this port out of the park.

I can’t say for certain that a competitive community is going to grow around the Switch version, but if you have any interest in the roots of RTS titles, you should add Herzog Zwei to your digital collection.

A Switch copy of Herzog Zwei was provided to TheGamer for this impressions piece. Herzog Zwei is available now for Switch.