There is never a single moment in Protocol Games’ Song of Horror where the player feels safe. From the eerie ramshackle mansion of a writer suspiciously named Husher to the Borgin and Burkes lookalike antique shop Färber & Sons, everything is given atmosphere by an almost-silent playthrough. Sound, setting, and narrative coalesce to send shivers down the spine of any player, avid horror gamer or not. If those weren’t enough to pique one’s interest, there’s also the terrifying presence of an unknown Entity that stalks players from the shadows, watching and learning as their investigation unfolds.

Song of Horror drives tension merely by way of mystery. Instead of a whodunnit, players are welcomed into a story that fuses these private eye themes, from the likes of Agatha Christie to Scooby-Doo, with the unexplained horrors of H.P. Lovecraft. However, unlike the somewhat average Call of Cthulu, Protocol has done right by way of the third-person episodic horror experience. Plus, the mystery is still unfolding. Song of Horror’s penultimate chapter has just been released with the fifth and final entry set to crawl from its dark dwelling in March.

The Whisperer In Darkness

It all starts with a simple phone call; an investigation that could change everything and turn Daniel’s life around for the better. Of course, it does alter his life tremendously, yet not in the way he may have intended. After all, being locked in a nonexistent room with no windows or doors for what feels like an eternity isn’t exactly what Daniel foresaw when accepting the routine casing of a writer’s house in the middle of nowhere. Enter the player, who will choose one of four different characters, each with their own special abilities, before retracing Daniel’s steps. The goal is to not only find him but to also unlock the secret of this spiraling mystery, one that may not end in “happily-ever-after.”

Each character has a specific skill or item that gives them an edge in their playthrough. For instance, I began the game with Sophie, whose scented candles not only helped to illuminate her surroundings but also alleviated terror in moments of distress. The controller even vibrates to the erratic thumping of a character’s heartbeat when striding through varied places on the three different maps. The more one plays as a character, the more they’ll learn of his/her past, yet don’t get too attached. One false misstep and your character will be lost to the ephemeral darkness, leaving players with the option of choosing their next character. This is why every turn, every decision is thought over endlessly, as one simple mistake could be the end of their character’s story. Lose them all and you’ll have to restart the entire chapter from scratch. 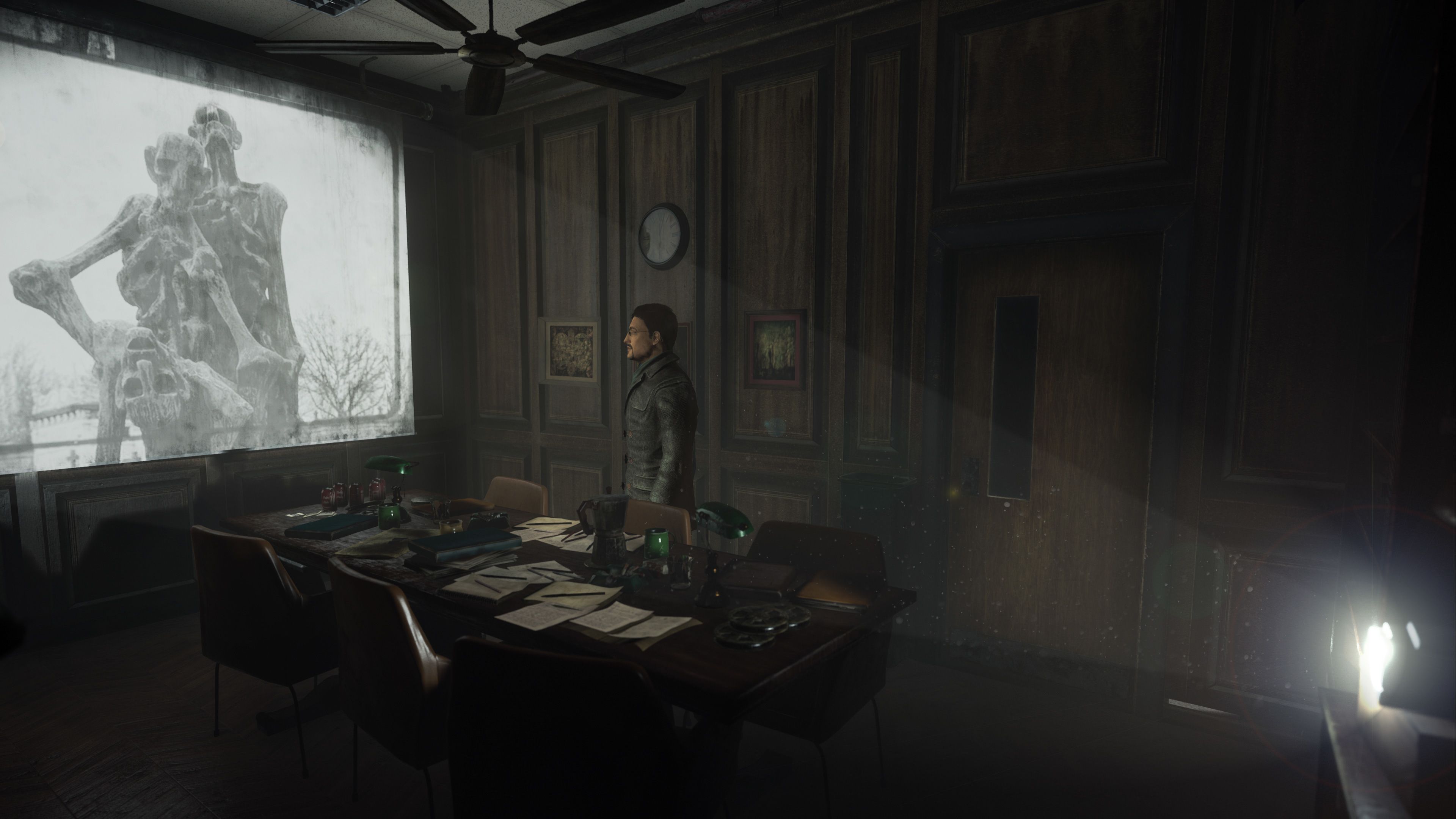 In The Mouth Of Madness

The Husher estate is best described as a multi-layered mansion home with a multitude of puzzles and secrets, some of which players may be best off leaving alone. The mansion itself is a puzzle, one that is extremely sinister and often unforgiving. Yet, it’s not the only setting of Song of Horror, as Chapter 2 brings the story to Färber and Sons, while Chapter 3 takes place in the Archive of Donations and Biographies. From the shadowy force (or forces) that consistently stalk the character to the actual mysteries one must solve throughout the various areas, Song of Horror evokes this sense of dread and misery at every turn, something few horror titles (aside from maybe P.T.) have ever come close to replicating.

Though the game does still have its jump scares, they’re utilized in a way that makes sense and doesn’t drag players out of their immersion, unlike many other horror games or conventional horror films. Such examples include the random scratching of a record player, static feedback from a walkie-talkie, and an electric bolt from a fuse box. These jump scares are actually intended to propel the player’s immersion, as Song of Horror blends these sounds into the gameplay, capturing the moment in such a way that scares the character as much as the player. 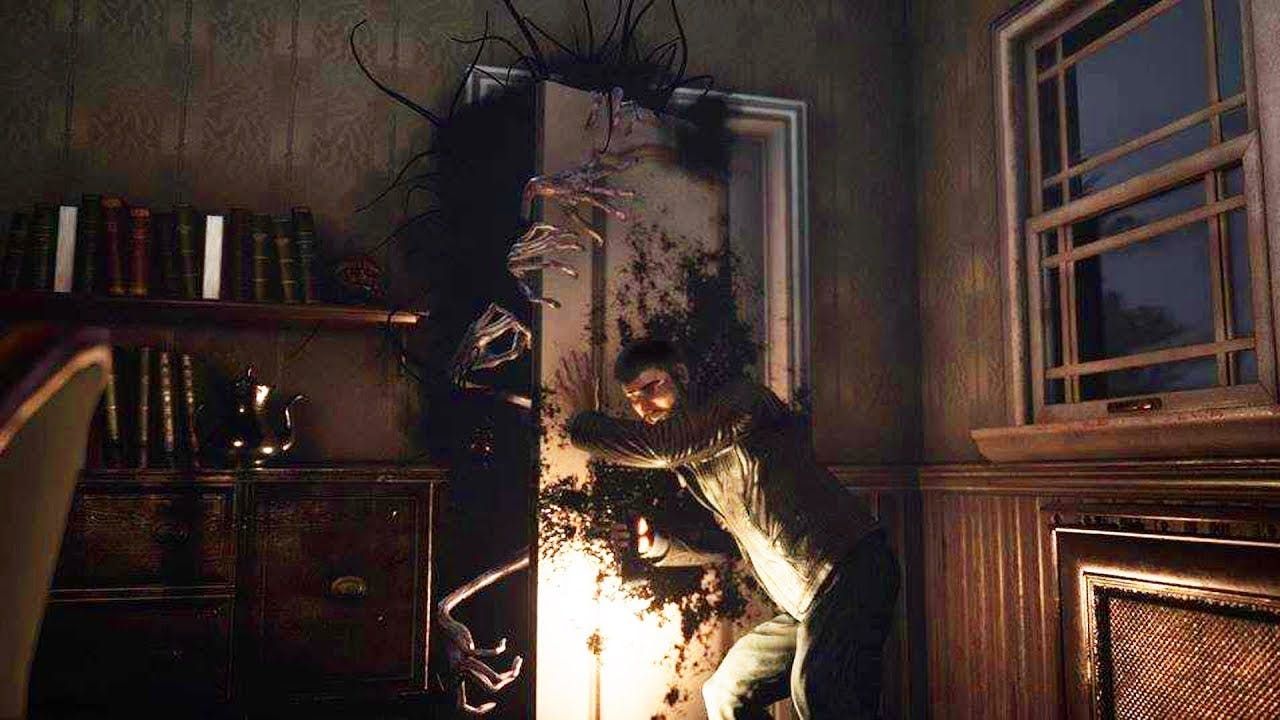 An Orchestra Of True Terror

Every playthrough is different. In my own first few tries I lost all characters and had to restart a number of times, allowing Song of Horror a level of replayability that few horror games can emulate. And, although it may sound tedious, the game thrives on this swirling mystery narrative: what happened to Husher? What is this menacing force? The more one dives headfirst into the game, the more they want to unveil its overarching secrets. It never becomes too unforgiving and the terrifying nature of an entity that’s always present remains among the most profound uses of an antagonist in horror to date. With combat being borderline useless, the game literally thrives on wit, determination, and exploration.

This is episodic third-person horror done right, like the Resident Evils, Silent Hills, and Fatal Frames before it. This is why Chapter 5 already ranks in the top tier of my own most anticipated 2020 horror games. The only setbacks that may plague Song of Horror are its somewhat wonky controls and PC-only availability. Still, it plays like a masterpiece and revives the wonder of PlayStation 2 horror like never before. As Chapter 4 beckons from a curtain of unsolicited darkness, I recall the most telling reason why Song of Horror is so terrifying, and it comes from the mouth of the legend himself: H.P. Lovecraft.

The best advice I could give to new players is: listen. It isn’t called Song of Horror for its killer soundtrack. Though, it is music to the ears of every terror fanatic.