We finally saw Starfield at E3. Well, sort of. Starfield was the opening gambit of Xbox’s stellar E3 presentation, and after years of waiting, we finally got a release date. We still didn’t get any gameplay, but the release date of November 11, 2022 gives Bethesda enough time to show off plenty from the heavily anticipated space RPG before then. Oh, and Bethesda is sorry it’s an Xbox console exclusive, by the way. It’s not going to do anything, but it’s very sorry.

It’s too hard to judge what Starfield will be like at this stage. Bethesda has a certain weight behind it, and that means expectations are high, especially after Skyrim. It’s been a long time since Skyrim too, and while some focus has been on Elder Scrolls Online, many still hold Skyrim up as the pinnacle of Bethesda, so seeing what the studio can do almost a decade later and in space is a tantalizing prospect for many. Let’s not get all Cyberpunk 2077 over this, hyping a game we have still seen next to nothing from up to guaranteed-GOTY levels based on the studio’s past hits on another franchise, but certainly, Bethesda seems like a safe pair of hands for a reinterpretation of the outer space RPG.

I don’t think it will go like Cyberpunk; I think a combination of the pandemic, the console launch, and the entirely unique marketing campaign all ended up conspiring against Cyberpunk in a way they won’t for Starfield. Regardless of how good or bad Starfield is, I doubt it will be as big a car crash as CD Projekt Red’s futuristic RPG. I reckon Starfield will be at least good to most players, ranging from ‘good’ to ‘great’ depending on how much Bethesda has grown since Skyrim, whether the combat has evolved to meet modern sensibilities, and the world itself. 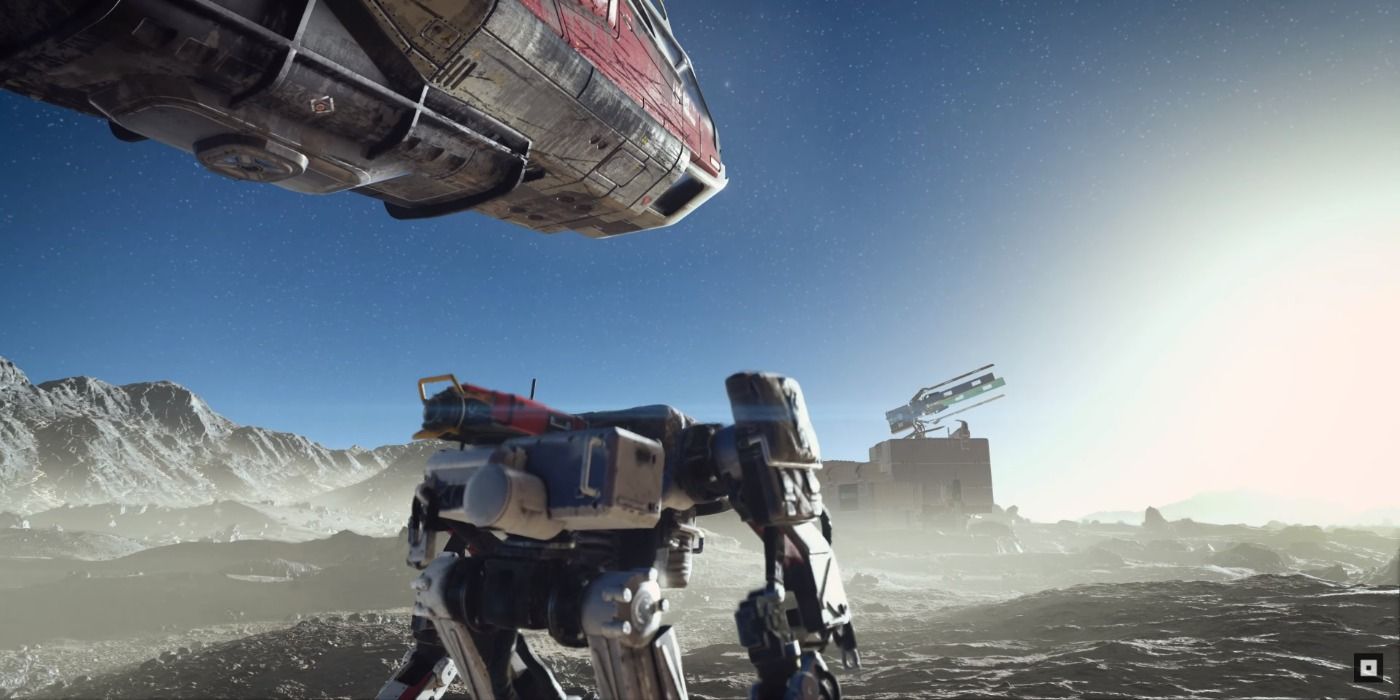 On those first two points, we have absolutely no idea where Starfield is at. Until we see some gameplay footage, there’s just no way to tell how it plays. We haven’t even seen stylized cinematic interpretations of gameplay, the way we have with the Xbox showcase closer, Arkane Austin’s Redfall. For that reason, there’s nothing much to comment on. We can guess, but those guesses would be based on Fallout, and after The Outer Worlds, you figure Starfield will want to avoid being Fallout in space. That then leaves the world, and even without gameplay, we can make a judgement on that.

I love outer space, but it’s boring. Most of it is unknowably empty, just a vacuum of darkness with lifeless balls of gas burning at inhabitable temperatures thousands of miles apart. Even when you get to the planets, most are too hot, too cold, too acidic, or too thousands-of-other-descriptors that make them impossible for any kind of sentient life even remotely similar to our own to live on. However, most space faring fiction completely ignores this, in favour of wacky humanoid aliens, developed civilizations with histories, mores, and societal tropes similar to our own, and cities that are just like regular cities but you know, in space! Maybe they glow, or the buildings are a funny shape, or the cars fly, or something else, but the places are still clearly recognisable as cities. 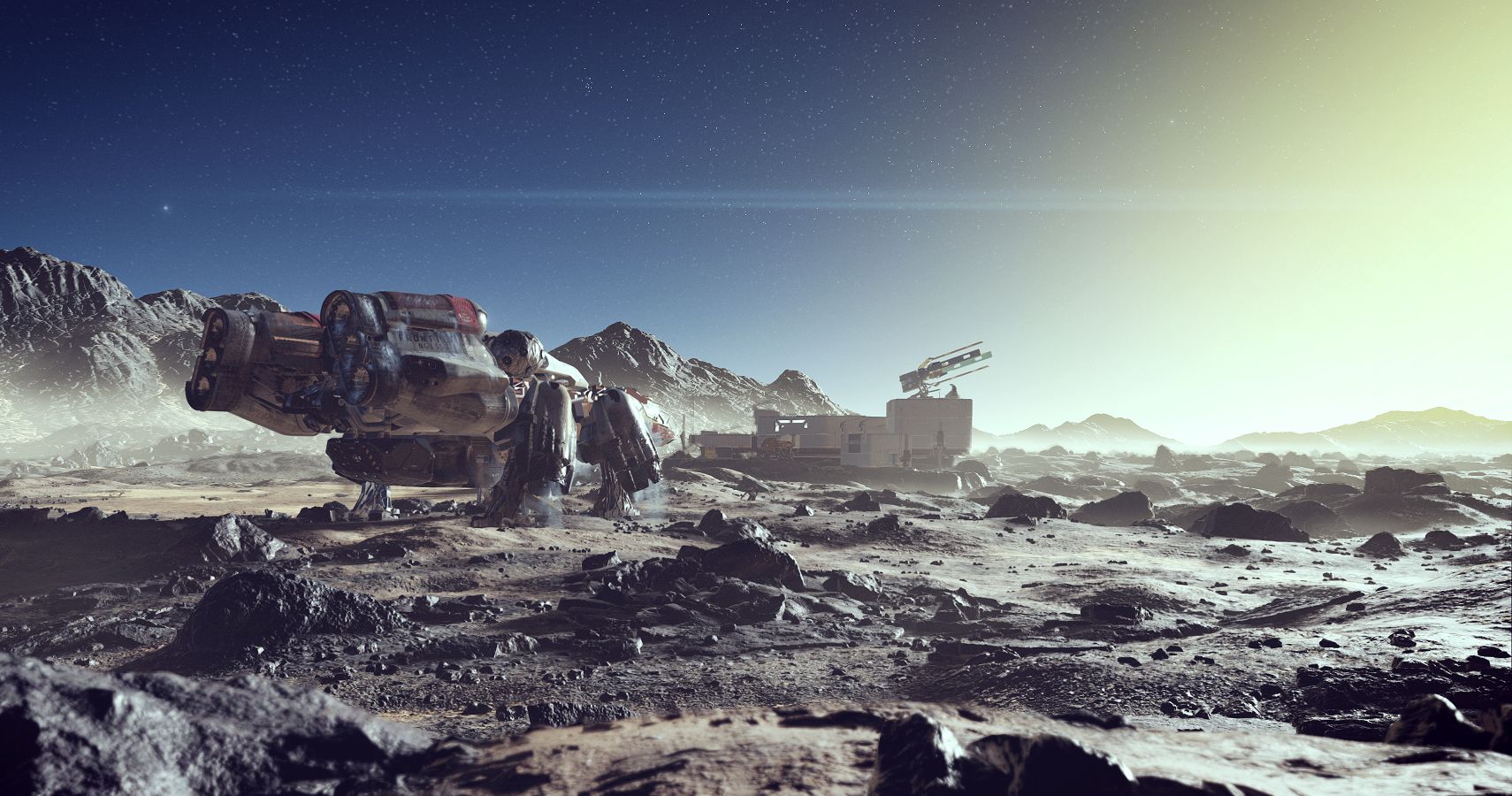 Don’t get me wrong, I love Mass Effect – Tali’s loyalty mission in Mass Effect 2 is literal perfection – but you’re not really exploring planets as you are visiting them. Even in Andromeda, when you’re supposed to be charting new worlds, you’re constantly pulled back to established bases or colonies, if you’re not in pursuit of something particular on an already inhabited land. Your role as a Pathfinder obviously becomes more complicated as the game goes on, with exploration becoming an afterthought.

Mass Effect is not alone in this – most space-based sci-fi provides us with an established world rather than an uncharted one. Stars Wars and Trek both do this, as does Guardians of the Galaxy, Fifth Element, Valerian, and Jupiter Ascending. There are some exceptions (Moon, The Martian, Sunshine), but most of these take place in a single setting to amplify the loneliness of space. No Man’s Sky is one of the few space-based games that understands that sometimes, the best way to tell a story is to let the audience write it. 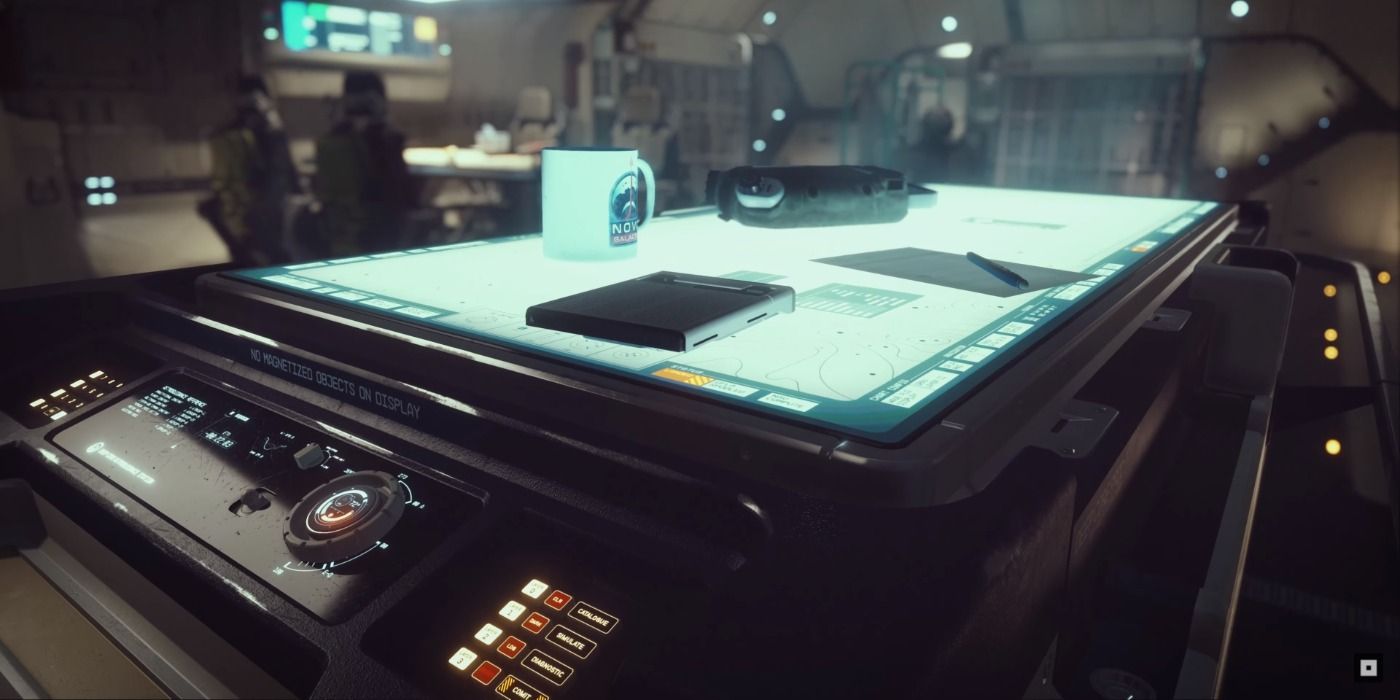 I don’t expect Starfield will be as hands-off as No Man’s Sky, nor would I want it to be. If I wanted a game like No Man’s Sky, there’s a game right there for me to play. It’s a Bethesda game, and those tend to thrive on dense world-building brought about by a wide cast of engaging characters. Yet while there are characters aboard the ship in Starfield’s trailer, the planet looks empty and untouched. At least some of the planets in the finished game need to match this, letting us explore without any space guards taking a space arrow to their space knee, so we can write our own tales on planets anew instead of uncovering pre-written lore.